Though not as well remembered as several of his contemporaries such as Federico Fellini and Luchino Visconti, Pietro Germi was a respected director of Italian dramas and – mostly – comedies from the 1950s to the 1970s.

Two of Germi’s best-known comedies, Divorce Italian Style (1961) and Seduced and Abandoned (right, 1964), will be screened at the Los Angeles County Museum of Art this weekend, Aug. 1–2. Though the former is probably Germi’s most famous effort – Divorce Italian Style was a huge worldwide hit at the time – Seduced and Abandoned is by far the best film of the two. In Germi’s scathing satire on patriarchal mores, Saro Urzi is perfect as the rabidly traditionalistic Sicilian father who will do whatever it takes to protect his family’s honor. Stefania Sandrelli, for her part, looks lovely in the title role, as Urzi’s unhappy daughter and bride-to-be.

Sandrelli also co-stars in Divorce Italian Style, playing the object of Marcello Mastroianni’s desire. In order to get into Sandrelli’s panties, however, Mastroianni (a walking, talking caricature of a lustful older man) must first get a divorce from his wife (Daniela Rocca, right, the best thing about the film). There’s only one catch: In 1961, divorces weren’t legal in Italy. Now, if Mastroianni suddenly became a widower…

Baron Ferdinando Cefalù longs to marry his nubile young cousin Angela, but one obstacle stands in his way: his fatuous and fawning wife, Rosalia. A hilarious and cutting satire of Sicilian male-chauvinist culture, the film won an Academy Award for Best Original Screenplay in 1962. “One of the greatest films about Sicily. Ferdinando remains one of the great icons of my movie-going memory. Has some of the richest, most beautiful black and white photography ever put on film and, sensual atmosphere, where lust and passion become almost aromatic. Very inventive, it really moves, as few films do, with deftness and the driest, most cutting wit… It’s a film that truly haunts me. As funny as it is, the emotions that Germi was dealing with were primal, savage, and most disturbingly of all, eternal.” – Martin Scorsese. 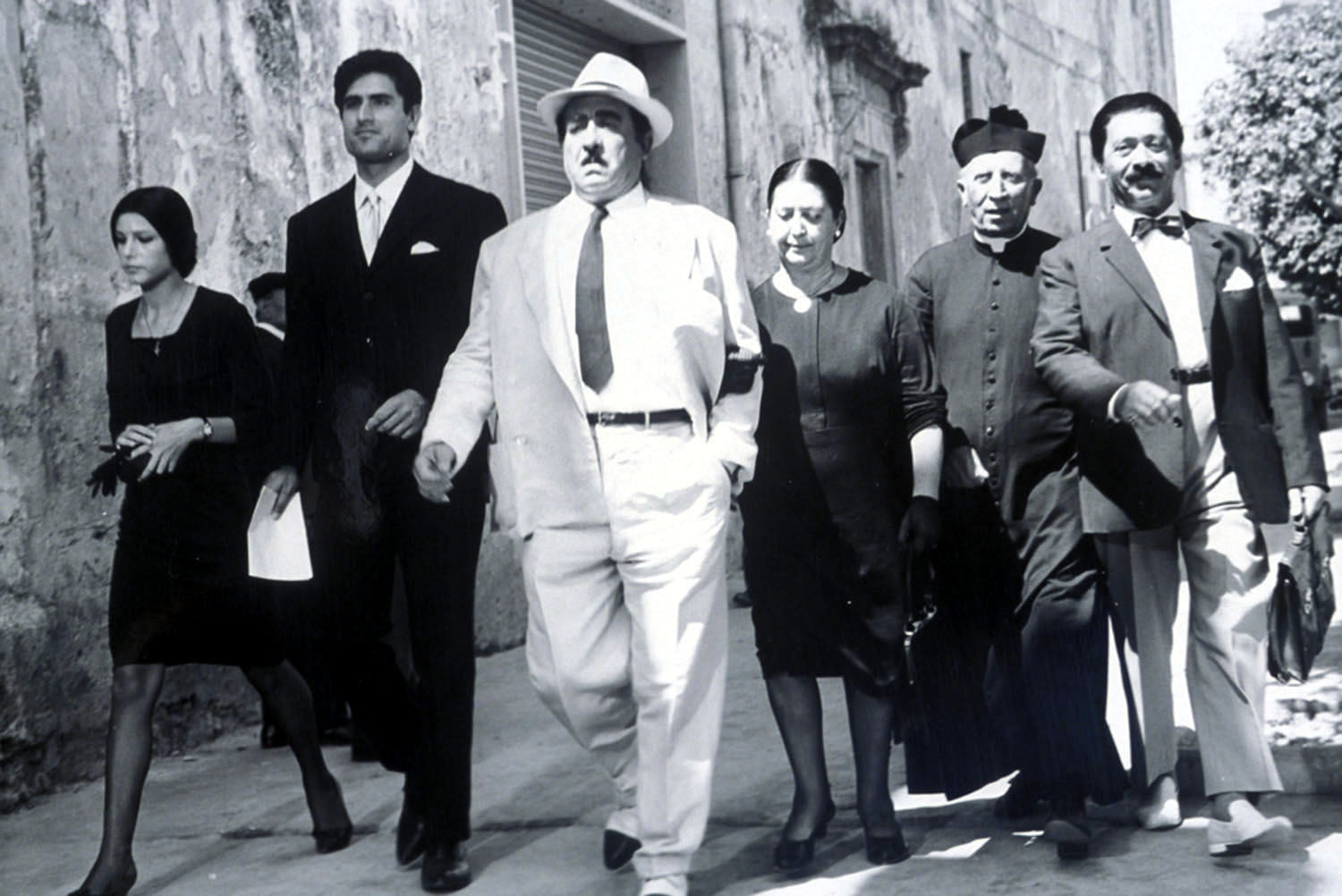 I’m pretty sure I watched The birds the bees and the Italians ages ago. It was only recently that I learned that it was a film of his.