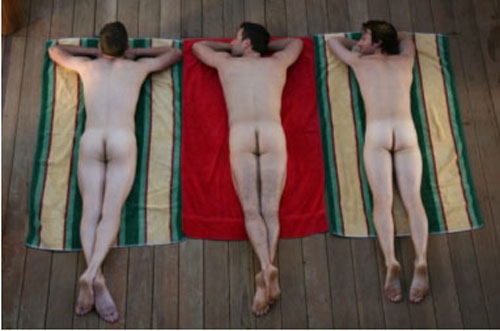 The 2008 Pittsburg Lesbian & Gay Film Festival continues until October 26. Several of the upcoming films are featured below.

Between 1964 and 1966, Andy Warhol shot his “Screen Tests” – beautiful and revealing portraits of hundreds of different individuals, all visitors to his studio, The Factory. From the famous to the anonymous, most subjects were captured in stark relief by a strong keylight, and filmed by Warhol with his stationary 16mm Bolex camera on silent, black and white, 100-foot rolls of film. The result was a fascinating collection of 4-minute, slow-motion masterpieces that startle and entrancemesmerizing in the purest sense of the word.

Jointly commissioned by The Andy Warhol Museum and The Pittsburgh Cultural Trust for the 2008 Pittsburgh International Festival of Firsts, the 13 Most Beautiful…Songs for Andy Warhol’s Screen Tests, is a new performance commission involving the Museum’s film collection. Dean Wareham & Britta Phillips are a uniquely appropriate match for this project on many levels, including the overall “dream pop” sensibility of their former indie-pop band, Luna, known for its combination of both churning and languid rhythms, entrancingly melodic guitar hooks, and clever and wistful lyrics, as well as the often referenced Velvet Underground influence in their music, and lastly Dean and Britta’s keen interest in 60’s Italian and French New Wave cinema and their recent forays into scoring films, such as Noah Baumbach’s acclaimed feature, The Squid & the Whale.

Step back-and forward-in time, and in art, and rediscover Warhol’s masterworks in this exclusive Festival of Firsts premiere, a multimedia performance featuring large scale video projection above the musicians performing on stage.

In the tradition of Boys in the Band and with a nod to Love, Valour, and Compassion, director Rob Williams’ latest film is a humorous but sensitive and certainly unforgettable romp around a gay man’s unforgettable weekend.

Long-term couple Simon and Jason, along with “daddy-ish” Cooper and his boy du jour, meet annually for a three-day weekend away from their hectic city lives. Looking to spice up this longstanding tradition, they add a special twist to this year’s retreat – each of them must invite one attractive single friend to their mountain getaway. Arriving are a frisky former college roommate, a constantly naked yoga instructor, Jason’s uptight co-worker and a high-priced rent boy who do indeed stir up the weekend. But this combination of new and old friends creates more tension than anyone anticipated. After 72 hours and multiple sexual couplings, new relationships form while others are cast onto shaky ground. With the popular Long-Term Relationship and Back Soon under his directorial belt, Rob Williams continues to show that he can deliver honest dialogue, appealing actors and enough drama to faithfully please his devoted fan base while still encouraging a new group of supporters to enjoy the show! Lewis Tice

Karin Babinská’s steamy debut is anything but a sugarcoated, coming-out, coming-of-age film as three Czech teenage girls hit the road in search of excitement – and two of them discover an undeniable mutual attraction.

Stuck in a summer athletics camp and bored out of their skulls, three Czech teenage girls decide to hit the highway in search of excitement. Sexual experimentation, excessive alcohol consumption and a yearning to take a bite out of whatever forbidden fruit comes their way are all on the agenda, though as the trip progresses, each vixen-in-training starts to develop her own personal agenda.

The slightly chubby Vendula wants to overcome her self-esteem issues, while the hyper-flirtatious Karolina simply wants to test her powers of seduction on every man she meets – including her best friend’s little brother who’s tagging along for the ride. And Iska? She’s interested in pursuing her sudden attraction to Karolina, even if it means risking rejection and heartbreak. Karin Babinská’s debut feature may be both a coming-out and a coming-of-age film, but this road movie is anything but a harmless, sugarcoated version of Girls Gone Wild. There’s perverse humor, poignant tragedy and some seriously steamy encounters on this threesome’s painful journey to self-awareness and Sapphic awakenings. No punches are pulled, yet this portrait of that transitional period between childhood and adulthood always retains that recognizably giddy rush. These girls will be women soon, but that doesn’t mean they can’t have some fun along the way. David Fear

College roommates and best friends Tyler and Chase (Charlie David, A Four Letter Word, Dante’s Cover) are in for one crazy summer in Mulligans, a family drama with a gay twist. Straight Tyler invites gay Chase to stay with him and his parents, Nathan (Dan Payne) and Stacy (Thea Gill, Queer As Folk, Dante’s Cove) at their lakeside vacation home. Nathan and Chase hit it off immediately; their relationship takes many twists and turns before reaching a scandalacious climax. Filled with great performances, Mulligans is a crowd pleasing film about granting oneself a second chance.

From director Damien Dietz (Beverly Kills), the season’s most highly anticipated, heartfelt drama turns its lens on a Marine’s journey to self discovery, while unveiling his father’s past.

Abandoned by his father and raised by a single mother, Nate Merritt joins the Marines to support his soon-to-be fiancee. While on leave in Palm Springs, he meets a seemingly free spirited young gay man, who leads him on a path of better understanding; of himself and the surprising identity of the father he never knew.