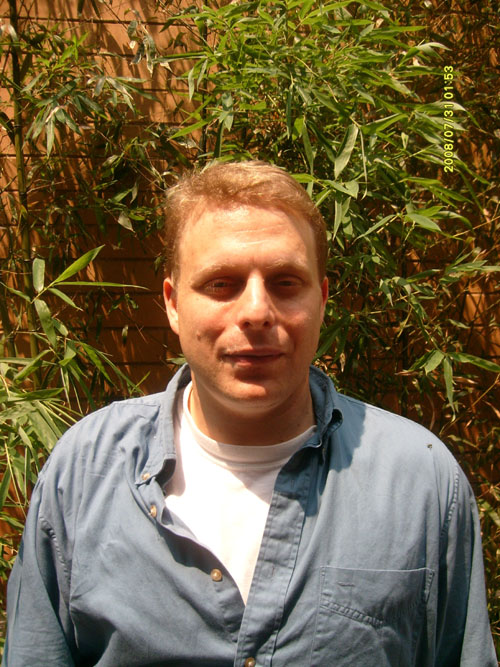 Jon Hart and Mathew Kaufman’s entertaining documentary American Swing (review) chronicles the rise and fall of Larry Levenson, whose nightclub & sex club Plato’s Retreat became, along with Studio 54, one of the top New York City hangouts of the late 1970s.

American Swing is currently playing at the Laemmle Sunset 5 in West Hollywood.

How difficult (or easy) was it to get all those people who had worked at or gone to Plato’s Retreat to be so candid about their experiences at the club? Did you run into many who refused to discuss the past?

Almost everyone was extremely apprehensive about being interviewed. Once they were sitting down in front of the camera, we asked them questions and they answered. Our one request: They be themselves.

In American Swing, women are shown having sex on screen (worse yet, they seem to be enjoying it), and many female interviewees are seen talking about the sex they had at Plato’s Retreat not as a form of exploitation or objectification, but as a memory to be cherished. Was the depiction of women and sex in American Swing ever a concern?

We told an untold story – and we wanted to get it right. This was our main concern. Many women had fun at Plato’s and some were brave enough to talk about it with us.

I find it amazing that a place where basically anything went didn’t lead to some sort of sexual harassment or rape lawsuit – or at least some brawl or other. Unless I missed something, I don’t recall anyone discussing that sort of thing in American Swing. To the contrary, men and women apparently felt “safe” at the club. Did you ever hear any stories about some patron or other being forced or coerced into doing something they didn’t want to do at the club?

Perhaps that kind of thing happened, as it happens everywhere, including nightclubs. We did not hear that though. In general, people at Plato’s enjoyed themselves and respected each other.

Female-female sex was not only allowed but welcomed at Plato’s Retreat; but what about male-male sex? Did those sexually liberated people – club owner Larry Levenson in particular – draw the line there or …?

It was a club for heterosexual couples and female-female sex was allowed. If there was male-male sex, it was done behind closed doors.

Have there been any claims that the IRS went after Plato’s Retreat because it was a major sex club – in other words, for political not tax reasons?

Plato’s was a high-profile venue. The owners were sentenced to lengthy prison terms – eight years. It was a feather in the cap for law enforcement.

Larry Levenson (above, with companion Mary) portrayed himself as a Sexual Liberation Messiah of sorts. Do you believe he actually saw himself that way – some interviewees seemed to think so – or do you think that he was just a great self-promoter who knew how to use an effective marketing pitch? And was he and his club something unique in the US? The world?

He truly believed in swinging and the movement. As time went on, though, his message got corrupted by commerce. Ultimately, Plato’s became a business. His club was one-of-a-kind, an international destination. Nothing could compare.

And finally, in your opinion, was Larry Levenson a con artist or a pioneering entrepreneur? (Considering that, moral police and AIDS or no, both homo and hetero sex clubs are a reality in much of the world.) Both? Either way, was he that different from many (most) other businessmen who rose and fell in their search of the American Dream of wealth and power?

Larry started out very innocent and he ended up less innocent. Commerce definitely corrupted him. I would not refer to him as a con artist or an entrepreneur. He was just a nice guy who was having the time of his life, enjoying the ride and his mini celebrity. At Plato’s, he was the consummate host, the man at the front door that made you feel comfortable.