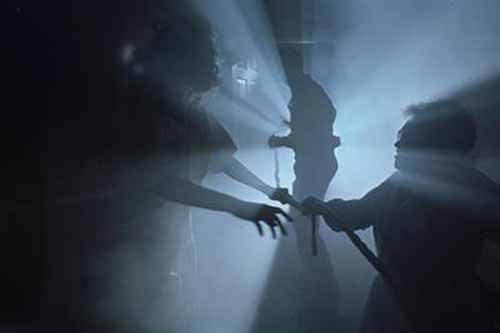 A newly struck 35mm print of Poltergeist, the 1982 supernatural classic about the horrors of television – well, sort of – will screen as part of the Academy of Motion Picture Arts and Sciences’ “Prime Tech” series on Thursday, Oct. 25, at 7:30 p.m. at the Linwood Dunn Theater in Hollywood.

Though directed by Tobe Hooper, Poltergeist looks and feels like a Steven Spielberg flick. How come? Well, perhaps it’s because Spielberg did co-produce the film with Frank Marshall.

At the time – I actually saw Poltergeist when it came out – the film scared the hell out of me. I had nightmares for weeks. (Or so it seems, looking back.) Although I continue to be a total wimp when it comes to horror movies, I wonder if Poltergeist would have the same impact on me today. Much like Spielberg’s recent War of the Worlds, which is even less scary than a ladybug, the glossy Poltergeist has precious little atmosphere. (I watched parts of it recently.) Its frights are almost all a result of loud sound effects and unexpected apparitions. Stick a finger in your ear, and the spookiness is gone.

A bad movie for the enjoyment of teenagers who can scream while grabbing their dates’ private parts? Perhaps. Perhaps it’s better than that. One of these days I’ll rewatch the whole thing from beginning to end.

The “Prime Tech” screening series, presented by the Academy’s Science and Technology Council, showcases Oscar-nominated and winning films that have been recognized in at least one technical category. Panel discussions illuminate the art of filmmaking from a science and technology perspective, examining how technical elements can augment a film’s narrative capabilities and enrich the overall viewing experience.

Tickets to Poltergeist are $5 for the general public and $3 for Academy members and students with a valid ID. 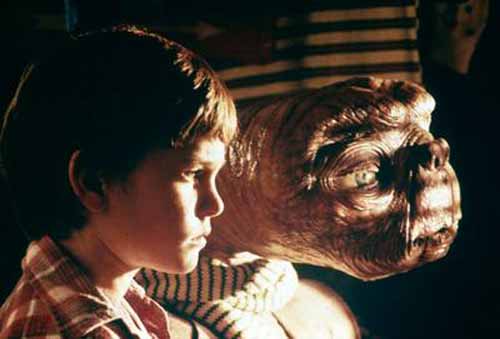 Steven Spielberg’s E.T. The Extra-Terrestrial, the saga of an outer-space creature that – quite understandably – wants to get the hell out of Planet Earth, will have its 25th anniversary celebrated with a screening on Thursday, November 29, at 7:30 p.m. at the Academy of Motion Picture Arts and Sciences’ Samuel Goldwyn Theater in Beverly Hills. According to the Academy’s press release, several members of the film’s cast and crew – no word on Spielberg – will take part in a panel discussion following the screening.

E.T. The Extra-Terrestrial depicts the close friendship that develops between E.T. and an American boy (Henry Thomas) as both are pursued by government forces. Even as a teenager way back when, I found E.T. not only moving and entertaining but also more than a little manipulative.

In the film, children are all good and innocent (have the people who write those stories ever had a childhood?) while adults are almost invariably evil, greedy, ruthless, or just plain stupid (ok, they have a point there). Compounding matters, Spielberg slaps you around in case you don’t know exactly when you’re supposed to get a knot in the throat, while John Williams’ music amps up the gooeyness of the plot.

Also in the cast: Dee Wallace as the boy’s mother, Drew Barrymore as his younger sister, and Peter Coyote as a government agent who lusts after E.T.’s body. 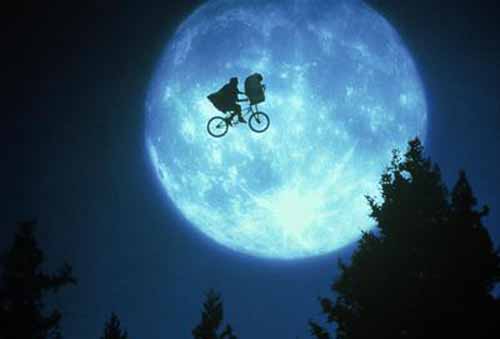 Tickets to the Academy’s 25th-anniversary screening of E.T. The Extra-Terrestrial are $5 for the general public and $3 for Academy members. Tickets may be purchased online at www.oscars.org until noon PDT on the day of the event. There are no minimum order requirements and no transaction or processing fees. Tickets may also be purchased by mail or in person at the Academy box office during regular business hours.

Doors will open at 6:30 p.m. All seating is unreserved. The Samuel Goldwyn Theater is located at 8949 Wilshire Boulevard in Beverly Hills. For additional information, call (310) 247-3600.

‘A Room with a View’ & ‘The Color Purple: Remembrances of Things Past