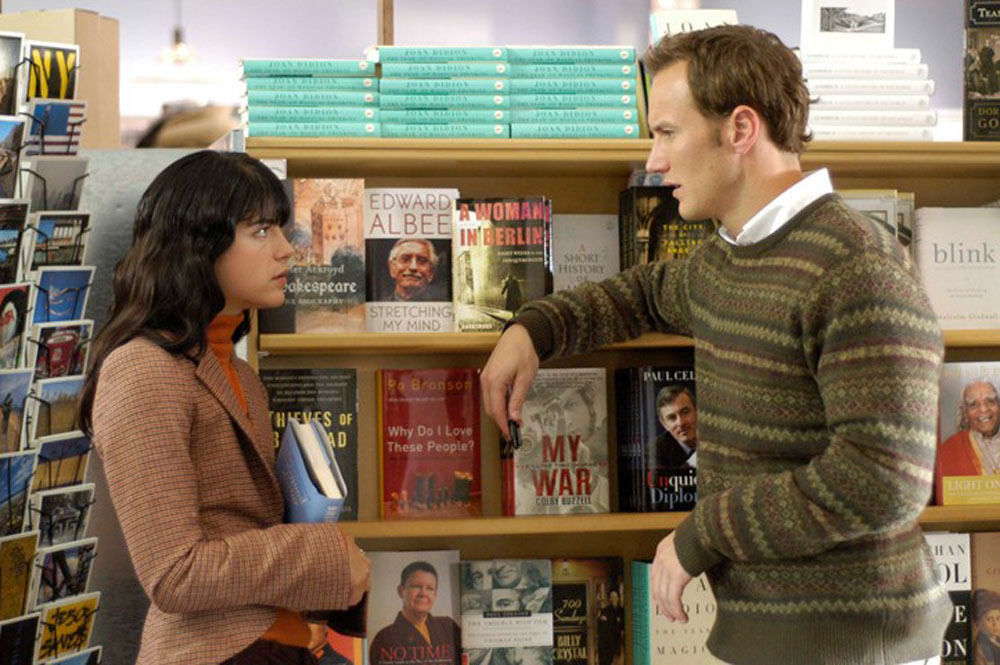 Writer-director Edward Burns’ perfectly watchable Purple Violets is a romantic drama about relationships and, to a lesser extent, the world of fiction writing. The film’s focal point is Patti Petalson (Selma Blair), a real-estate agent who has been married for seven years to overbearing chef Chazz Coleman (Donal Logue) and who longs to indulge her true passion, fiction writing. A former college boyfriend, Brian Callahan (Patrick Wilson), is actually living that dream, having become a famous novelist. Brian is so successful, in fact, that his detective series has been made into movies and he has his best friend and lawyer, Michael Murphy (Edward Burns), handle his business arrangements.

One night, Patti and Kate Scott (Debra Messing), Patti’s best friend since college, go out to eat at a restaurant and bump into Brian and Michael. Sparks fly during this encounter, but not of the romantic kind. Years earlier, Kate and Michael used to be involved in college and their break up was not an amicable one. But the seeds have been planted.

Throughout the course of Purple Violets, Patti is continuously tested and challenged by both outer and inner forces. The testing comes from her rapidly disintegrating marriage, whereas the challenges come from Brian’s reappearance in her life and his success in the writing field. The more she is around Michael, the more Patti needs to free herself.

That element in Purple Violets will probably resonate with viewers who lament the time when self-indulgence and wool-gathering were everyday occurrences. Being responsible, earning a paycheck, and contributing to the household’s income soon becomes not enough for Patti – just as it’s not enough for many people out there as well. Patti needs more – she is more – and through Brian she can bring to life the neglected parts of her self.

Patti isn’t the only character in Purple Violets that comes to some form of self-realization. The other epiphanies within this film, even if not as impactful as Patti’s, belong to Kate and Michael. The viewer pretty much knows what is going to happen between the couple because of the level of anger directed at one another. This level of animosity between former lovers can’t exist unless its opposite resided there first.

Overall, Purple Violets is a few rungs better than I thought it would be. Since the sardonic Burns is also responsible for the screenplay, the film offers numerous moments of levity – but the quieter moments, such as the last six minutes, are what makes Purple Violets worth a viewing.

Where is did the title Purple Violets come from?