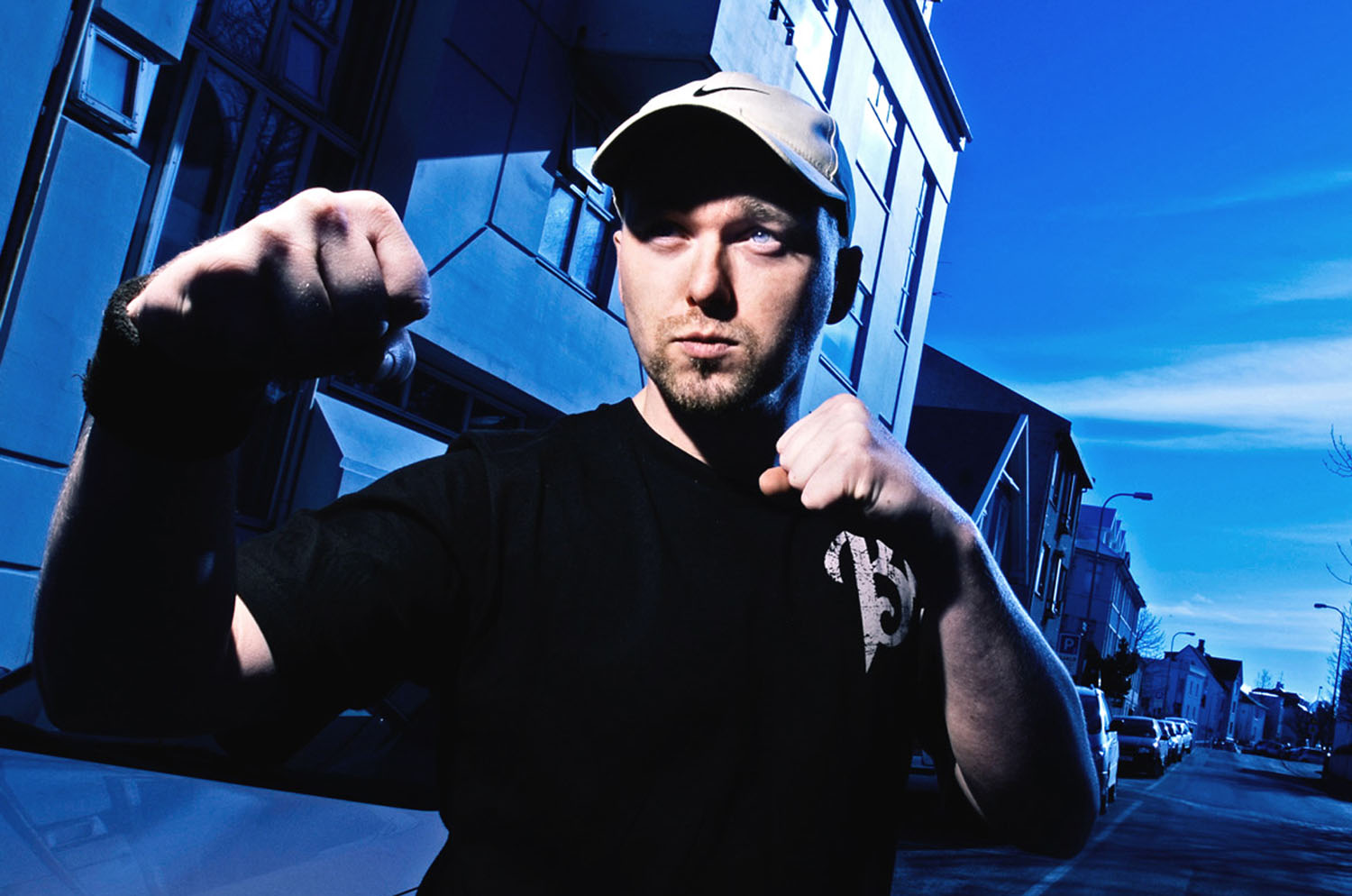 The winner of the Teddy Award for best film with a gay/lesbian/bi/transgendered lead/theme, Icelandic filmmaker Olaf de Fleur Johannesson’s The Amazing Truth About Queen Raquela chronicles the day-to-day fantasies and struggles of a Filipino male-to-female transsexual, Raquela Rios, working the streets of Cebu City while dreaming of one day traveling the world to meet Mr. Right.

Though some have called it a documentary, The Amazing Truth About Queen Raquela is a hybrid of sorts. No, it’s not a mockumentary – instead, it’s what one might call a fictiomentary, along the lines of Michael Winterbottom and Mat Whitecross’ The Road to Guantanamo – though, needless to say, with a considerably lighter theme.

The two-time Edda Award winner Johannesson (right; he won the “Icelandic Oscar” for his documentaries Blindsker in 2004 and Africa United in 2005) has kindly agreed to answer a few questions (via e-mail) about Queen Raquela for Alt Film Guide. See below.

How did you hear of Raquela Rios? And why did you become particularly interested in her story, considering that there are so many other transsexuals in Cebu City?

I was traveling in the Philippines and I saw these amazing women who looked like models in the middle of a poor neighborhood. They were at odds with their surroundings, so I started asking my Filipino friends about them. When I spoke with these Tgirls, I found out that they are boys with the soul of a woman, and they want a heterosexual to marry. That was really something that hooked me up. Life is at a skewed angle all the time; it’s never black or white, and I am drawn to that “skewness.”

We interviewed about thirty girls in the Philippines, and Raquela stood out for her creativity. She turned out to be really smart despite being half-way on the street; she is extremely clever. We were always amazed by her talent of being able to improvise and deliver lines when needed, and even repeat scenes. She is a natural.

The Amazing Truth About Queen Raquela seems to be both a documentary and a docudrama. Did you strive to blur the line between fact and fiction, or were the “dramatic” elements in Queen Raquela supposed to be merely reenactments of real-life events?

It’s a mixture of many things. Some were reenactments, some were written as fiction, some were real moments, and some [were] improvised. It sounds kind of crazy, but part of it is because I was just going on my gut instincts, shooting in the wind; we “only” shot about 70 hours, which is not so much, really. I did strive to blur the line [between fact and fiction] somehow, I guess, but it was mainly because I wanted a cinematic experience to come from the film – not talking heads of docs, so I kept that to a minimum. I wanted the feel of a narrative, but the emotional reality of a documentary. So, to be fair, I call it fiction because I don’t want to cheat the line.

What was it like working with Raquela Rios, both the star and the subject of your film?

For me, a plain Western boy, being close to her all this time during filming was like being on another planet somewhat, and getting to know the locals. It was such an enriching experience. She is extremely cunning, smart, and fun, and has the natural energy of an actress. When we were in Berlin, it was beautiful to see her there, this street girl from the Philippines experiencing a big festival and winning best feature at the Berlinale’s Teddy Awards. It made me realize, when seeing Raquela in that environment, that just a year before she had been struggling in life, but that she was now there, telling an important story to the world. And it made me realize that I was married to her for life, that I was the one polluting her life with dreams that most likely will never come true, that I’d have to watch over her in the future and take responsibility for my actions.

Would you say there are many – any? – similarities between Raquela Rios and documentary subjects with whom you’d previously worked, namely, the Buddhist monk Robert T. Edison of Act Normal, and the soccer players and coaches of Africa United?

Yes, I would. It’s the focus on the outsider and attempting to make the outsider integrate with the “insider” – the audience. Attempting to bring some kind of understanding to the table. Everything is normal under the sun, it’s just not as welcomed as it should be. Our society is an alienating creature that needs to be judo-ed down to the floor continuously for understanding to step in.

I’ve read that earlier this year you were planning to show The Amazing Truth About Queen Raquela to Filipino audiences. Did that take place? If so, what was their reaction like?

That will  happen this October, when the film premieres at the Cinemanila Film Festival in the Philippines. It’s taken its time since the subject is somewhat sensitive. But our producer Arleen Cuevas and Visit Films, who handles international distribution, have worked hard on getting it shown there. I’m very curious to see how it goes there. It’s more a film that Filipinos should be proud of; there is no shame or exploitation in the film at all. It was executed with tender care and dignity toward its subjects and location.

In real life, did Raquela’s search for happiness lead to an ending just like – or at least similar to – the one in the film?

Raquela is exactly where the film ends. This community of Tgirls in the Philippines, when you see them talking together about their life, [it’s all] rainbows and heaven. You have the feeling that Raquela’s world has not changed much and will not change much for years to come. It’s somewhat at a glorious stand still.

My current project that I just finished is the film Higher Force. It’ll premiere at the Los Angeles AFI Film Festival in November, in competition. It’s a small Icelandic dramedy about a low-life debt collector who becomes the main man of his gang by pretending to know a crime lord. It has an international cast, mostly Icelandic actors but [US-born] Stefan Schaefer, my good friend and producer, plays a part there as he did in Queen Raquela (Michael, the Internet pimp), and Michael Imperioli from The Sopranos plays a small role.

I’m working also on several new projects. A film called “Adequate Beings” here in Iceland, and then I’m working on a film called “Antelopes” – to sound vague, it’s about dirty secrets in a modern world; it’s a film about how self-preservation becomes more important than justice. I’m also developing a few other projects; it’s just the typical imprisonment a workaholic gets himself into. I believe in being productive, moving on calmly, delivering, and not taking life very personally.

Movie Festival News from Around the World