First of all, let me clarify that this isn’t an April’s Fools joke. At least not on my part. And let me add right away that neither Martin Scorsese nor Robert De Niro – or any of Raging Bull‘s screenwriters – is involved in this new venture. And that Raging Bull 2, based on a book by Chris Anderson, Sharon McGehee, and Jake LaMotta, is supposed to be both a prequel and a sequel to the original tale.

According to moviehole.net, several Raging Bull 2 roles are open for interested actors – in some cases “Star Name Only.” The leading role of aging boxer Jake LaMotta, however, has already gone to William Forsythe. Martin Guigui is to direct. The Young Jake LaMotta (14-20 years old) hasn’t been cast yet.

Forsythe had a supporting role in Sergio Leone’s Once Upon a Time in America (1984), in which De Niro was one of the leads. Curiously, Forsythe, now 56, was cast as Al Capone in a 1990s television reboot of The Untouchables; De Niro played Capone in Brian De Palma’s 1987 movie starring Kevin Costner. Last year, Forsythe was seen in several episodes of Boardwalk Empire.

Martin Guigui is a director of B comedies and thrillers such as Cattle Call, Benny Bliss and the Disciples of Greatness, Beneath the Darkness, and My X-Girlfriend’s Wedding Reception.

Raging Bull was nominated for a total of eight Academy Awards, including Best Picture and Best Director (its screenplay was bypassed). It won two Oscars: Best Actor for De Niro and Best Editing for frequent Scorsese collaborator Thelma Schoonmaker.

Recommended for You
Roberto Benigni, To Rome with Love.

According to English-language reports, Italian critics have given a mixed reception to Woody Allen’s To Rome with Love (formerly known as Nero Fiddled and Bop Decameron, and currently known as A Roma con amore in Rome itself). They’ve reportedly complained that writer-director Allen presents a view of Rome and Italians that is both idealized and stereotyped.

At the To Rome with Love press conference held earlier today, Allen provided quite a bit of idealization (“Rome is a city unlike any other in the world…”), while one of the film’s stars, Roberto Benigni, provided a defense of the filmmaker’s portrayals. As an example of how real-life Italians are just like Italians in American movies, Benigni claimed that during the shoot, an ambulance whizzing by came to an abrupt halt. Its occupants got out, asked to pose for pictures with Benigni, and then rushed out again to answer an emergency call. “Only in Italy!”

“In the film, there are cars, women, and people who are famous for no reason whatsoever,” explained Benigni. “It looks like the [Renzo] Bossi story. However, when Woody Allen shot the film, that wasn’t the case: instead it was Berlusconi, the escorts, the parties, Bossi and the sunshine.”

According to The Hollywood Reporter, Allen had to field questions about Berlusconi, but sidestepped them. Yet, those questions “caused visible discomfort to Berlusconi associate Giampaolo Letta, from Berlusconi-controlled Medusa, one of the film’s producers.”

About To Rome with Love, the Italian news agency AGI wrote the following:

“… [T]he Rome described by Woody Allen (and cinematographer Darius Khondji) is truly enchanting. A tribute to the Eternal City, To Rome with Love consists of four intertwined stories. It’s a lighthearted comedy that, despite the inevitable cliches, makes you smile, especially thanks to the performances of Allen himself and Roberto Benigni.”

To Rome with Love opens in Italy on April 20. The film also will open the Los Angeles Film Festival on June 14. Sony Pictures Classics will release it in the United States on June 22.

Woody Allen, whose To Rome with Love had its world premiere in the Italian capital today, says his next movie will not be set in Copenhagen.

Regarding his recent films set in various European cities after decades working in New York, Allen explained that “the spirit of London or Barcelona or Paris or Rome is very similar to that of New York. There are cosmetic differences, of course, but the spirit is similar, so it’s not so hard to find stories. I would have a hard time finding stories if I was asked to make a film in a rural setting or in the desert. But not in big cities.”

The Cabin in the Woods Mondo poster

This is one of the coolest movie posters I’ve seen. An artistic collaboration between Mondo, the collectible boutique arm of the Alamo Drafthouse Cinema, and the Phantom City Creative, this The Cabin in the Woods poster makes Drew Goddard’s horror thriller seem unusual and unique. Here’s hoping the movie is as artful as the poster.

Written by Goddard and the film’s producer (and The Avengers director), Joss Whedon, The Cabin in the Woods is thus described in the press release: “Five friends go to a remote cabin in the woods. Bad things happen. If you think you know this story, think again. … The Cabin in the Woods [is] a mind blowing horror film that turns the genre inside out.” 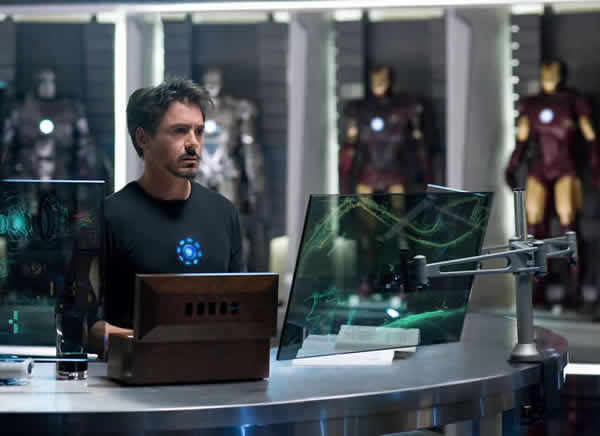 The Judge is set to star Robert Downey Jr, who will also produce the film alongside Susan Downey and director David Dobkin. Based on a story (or rather, original screenplay) by Gran Torino‘s Nick Schenk, The Judge follows a lawyer who learns that his estranged father, a judge suffering from Alzheimer’s, may have committed a murder. Bill Dubuque is to work on the screenplay.

When exactly The Judge should start filming (if ever?) remains unclear. Downey Jr. has Iron Man 3 and Dubuque will next work on The Headhunter’s Calling and The Accountant. Dobkin, for his part, has his Arthur & Lancelot to work on.

In other news, Amy Brenneman and Jess Weixler have joined Annette Bening, Robin Williams, and Ed Harris in The Look of Love. In the film, which seems to have elements found in movies as disparate as Alfred Hitchcock’s Vertigo and the Jeff Bridges / Karen Allen sci-fier / adventure Starman, a widow meets man who is carbon copy of her dead husband. She falls for the new man.

Filming on The Look of Love is set to begin in less than week. Arie Posin directs from a screenplay co-written with Matthew McDuffie. Posin’s only previous feature film is The Chumscrubber (2005), with Jamie Bell, Camilla Belle, and Glenn Close.

The source for both casting news is Deadline.com: here and here.

Joseph Gordon-Levitt is out of Quentin Tarantino’s Django Unchained due to schedule conflicts. Gordon-Levitt will shortly began working on his directorial debut, unofficially titled Don Jon’s Addiction and co-starring Scarlett Johansson. In Django Unchained, an escaped slave (2004 Best Actor winner Jamie Foxx) attempts to rescue his wife (Kerry Washington) from a heartless plantation owner (Leonardo DiCaprio, who can be seen on the big screen this week in James Cameron’s Titanic 3D).

Two more names have been added to the cast of The Secret Life of Walter Mitty: Kathryn Hahn and Josh Charles (photo) will be joining actor-director Ben Stiller, Kristen Wiig, Adam Scott, Patton Oswalt, and Shirley MacLaine in the 20th Century Fox production. Hahn is to play Stiller’s sister in the movie. Charles will play Wiig’s ex-husband.

Among Josh Charles’ movie credits are Peter Weir’s Oscar-nominated Dead Poets Society, Pie in the Sky, S.W.A.T., and Weakness. On television, Charles is a The Good Wife regular.

Based on a story by James Thurber, The Secret Life of Walter Mitty was first made into a movie in 1947. The Samuel Goldwyn release starred Danny Kaye and Virginia Mayo, with Boris Karloff, Fay Bainter, and Ann Rutherford in supporting roles. Norman Z. McLeod directed.