Since yesterday, Aug. 11, restored 2K digital copies of the Best Picture Academy Award winner starring Oscar nominees Laurence Olivier and Joan Fontaine are being presented in 12 Brazilian cities. Handled by the newly formed Celeste, an alternative film distribution company based in the northeastern city of Fortaleza, the screenings are scheduled to last at least one week.

Among the cities showing Rebecca 1940 are São Paulo, Curitiba, Salvador, Fortaleza, and Rio de Janeiro. (In Rio, one show per evening at downtown’s historic Odeon theater – about 45 km from the Olympic Village and where Rebecca debuted in Brazil in 1942).

Renamed Rebecca, The Unforgettable Woman (“Rebecca, a Mulher Inesquecível”) for the Brazilian market back in the early 1940s, Hitchcock’s mystery-psychological drama tells the story of a timid young Englishwoman of humble background, the unnamed narrator “I” de Winter (Joan Fontaine), who recalls her time in Manderley, the Cornwall country mansion of her new husband – and recent widower – Maximilian “Maxim” de Winter (Laurence Olivier).

As the new mistress of the manor, the second Mrs. de Winter must cope not only with her seemingly unfathomable husband – warm and amorous one day; cold and detached the next – but also with both the memory of the beautiful and commanding first Mrs. de Winter, Rebecca, and the creepy housekeeper Mrs. Danvers (Best Supporting Actress Oscar nominee Judith Anderson), who remains passionately devoted to her mysteriously deceased mistress.

For Rebecca, Daphne Du Maurier borrowed liberally from Charlotte Brontë’s 1847 novel Jane Eyre. Less well known is that Du Maurier possibly also borrowed quite liberally from Brazilian author Carolina Nabuco’s 1934 novel A Sucessora (“The Successor”), which, though set in Rio de Janeiro in the 1920s, has a suspiciously similar plot and group of characters.*

Now, an actual (well, at least apparent) coincidence was the 1940 release of Warner Bros.’ All This and Heaven Too, which, though set in mid-19th century France and based on Rachel Field’s novel (itself based on the true story of her great-aunt, Henriette Deluzy Desportes), also has several elements in common with Jane Eyre.

Directed by Anatole Litvak, the Best Picture Oscar nominee starred Bette Davis as the governess enamored of her master (instead of Miriam Hopkins, who was dying to play the part), Charles Boyer as a French-accented Rochester type, and Gone with the Wind actress and Best Supporting Actress Oscar nominee Barbara O’Neil as Boyer’s pathological wife.

* Predating both A Sucessora and Rebecca was the Guy Chantepleure (literally, “Guy Singscries,” pseudonym for Jeanne-Caroline Violet-Dussap) Jane Eyre-inspired Gothic novel Malencontre, which also happens to feature a trusted housekeeper – but nothing like A Sucessora‘s Juliana or Rebecca‘s Mrs. Danvers. Ten years after its publication in 1910, Malencontre was turned into a movie directed by pioneer woman filmmaker Germaine Dulac.

A 1952 Argentinean film version of Malencontre, La de los ojos color del tiempo (“The One with Eyes the Color of Time”), starred Carlos Thompson and Mirtha Legrand, in addition to Zoe Ducós as a housekeeper inspired by the 1940 Rebecca‘s Mrs. Danvers. Luis César Amadori directed and wrote the adaptation. 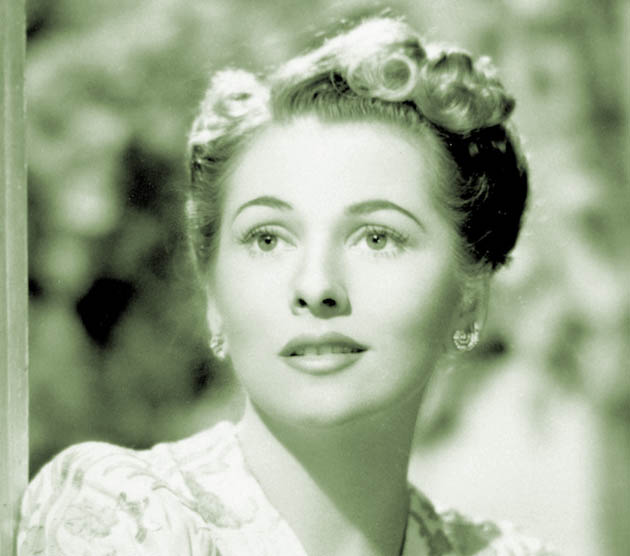 Rebecca 1940 actress Joan Fontaine went on to play roles similar to that of the second Mrs. de Winter, e.g., in Suspicion (1941) – thus becoming the first and only Oscar-winning performer in a movie directed by Alfred Hitchcock – and Jane Eyre (1943).

The movies’ other Jane Eyre actresses include:

Besides Laurence Olivier, Joan Fontaine, and Judith Anderson,† the 1940 Rebecca featured a number of other British (or Irish) performers working in Hollywood at the time:

And Alfred Hitchcock himself, in his requisite cameo – here as a man next to the phone booth where George Sanders has made a call.

In addition to featuring Americans Florence Bates and Edward Fielding.

For the role of the second Mrs. de Winter, Joan Fontaine had to compete with the following:

Fontaine’s older sister, Olivia de Havilland, had also been in the running, but stepped aside once Fontaine became a contender. Curiously, de Havilland would eventually also star in a film adaptation of a Daphne Du Maurier novel, My Cousin Rachel in 1952.

Also considered for the role of Mrs. Danvers were: 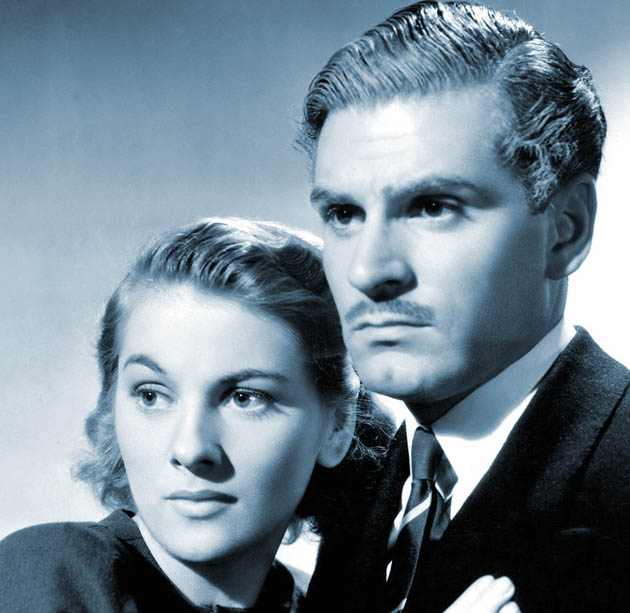 In all, Rebecca was nominated for 11 Oscars, winning 2: Best Picture and Best Black-and-White Cinematography (George Barnes). Alfred Hitchcock lost the Best Director Oscar to John Ford for The Grapes of Wrath, while Donald Ogden Stewart took home the Best Screenplay statuette for The Philadelphia Story.

† Like Olivia de Havilland, Joan Fontaine was born to British parents in Japan. Judith Anderson was born and raised in Australia.

Apart from the 1940 Rebecca, there would be no other straight film adaptations of Daphne Du Maurier’s novel. Biren Nag’s 1964 Hindi-language horror thriller Kohraa (“The Fog”) was inspired by it, but featured several different – supernatural – plot elements.

There were two official adaptations of Rebecca made for British television:

Source for the info about Heather Angel and Anita Louise testing for the role of the second Mrs. de Winter in the 1940 Rebecca: TCM’s website.