Besides DiCaprio and Winslet, who had previously been seen together in James Cameron’s 1997 worldwide blockbuster Titanic, the Revolutionary Road cast features the following: 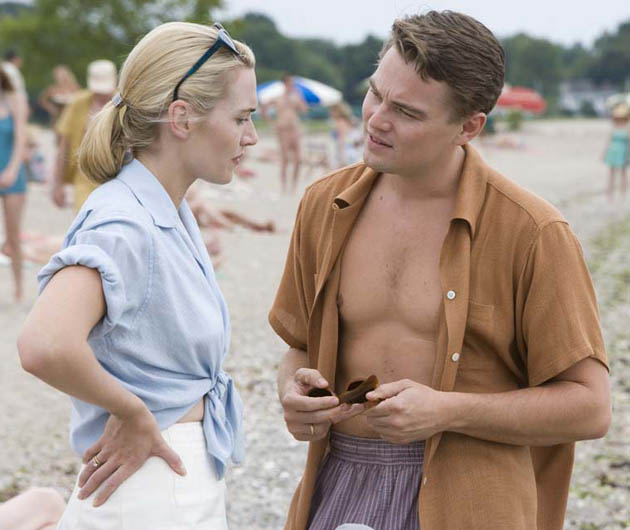 Revolutionary Road with a shirtless Leonardo DiCaprio and Kate Winslet. The two leads had been previously seen together in the 1998 worldwide blockbuster and multiple Academy Award winner Titanic, directed by James Cameron, and featuring Revolutionary Road actress Kathy Bates in a supporting role.

Both Revolutionary Road leads have been shortlisted for Academy Awards. 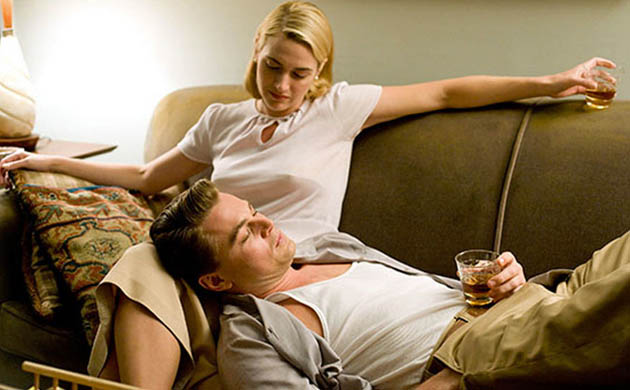 Leonardo DiCaprio and especially – according to this awards season’s buzz – Kate Winslet are possible Oscar contenders for Revolutionary Road.

Other possibilities include the film itself, director Sam Mendes, screenwriter Justin Haythe, cinematographer Roger Deakins, and Kathy Bates and Michael Shannon in the supporting categories.

Revolutionary Road opens in the U.S. on Dec. 26. 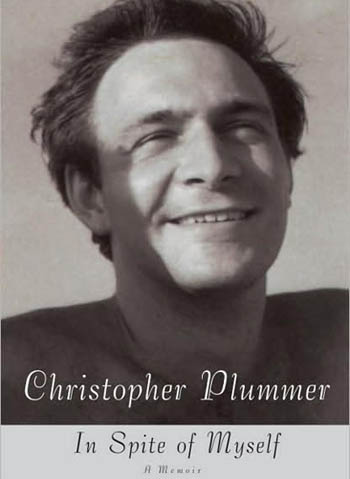 Christopher Plummer autobiography: ‘The Sound of Music’ actor pens ‘In Spite of Myself’ & discusses Marlon Brando, The Method

Veteran actor Christopher Plummer, whose autobiography In Spite of Myself came out in early December 2008, was interviewed by Jeff Stafford for the Turner Classic Movies website.

Below is a brief snippet from the interview, as Plummer answers Stafford’s question about the influence of “The Method” and “Marlon Brando’s impact on the theatre world with A Streetcar Named Desire.”

“Listen, to me ‘The Method’ is usually totally misunderstood. It doesn’t mean that you have to mumble and not be heard. It means that you use it when you’re in deep trouble, when you can’t bring your imagination to work then you try and have a sense memory of your own that can help and I think that’s true of any instinctive actor. You don’t have to go to a method school to learn that. But when Marlon came to the fore and became the second – actually – very real actor, the first being Montgomery Clift … Monty and Marlon Brando were the two supremely realistic actors on the screen at that time.”

Christopher Plummer then goes on to recall the now largely forgotten Robert Williams, who died at age 37 as a result of a ruptured appendix in November 1931, and who, according to Plummer, “was one of the most realistic comedians the screen had,” adding:

“He made Cary Grant look like he was overacting. Robert Williams was the lead opposite Jean Harlow in Platinum Blonde which was directed by Frank Capra. To watch Robert Williams act was like seeing a comic using the Method, long before the Method became famous with Marlon and Monty. So people were doing it already, that’s my point. Brando was great and I would have liked to use both my classical knowledge and Brando’s kind of wonderful imaginative reality and mix them up and that would have been the perfect mix for any artist.” 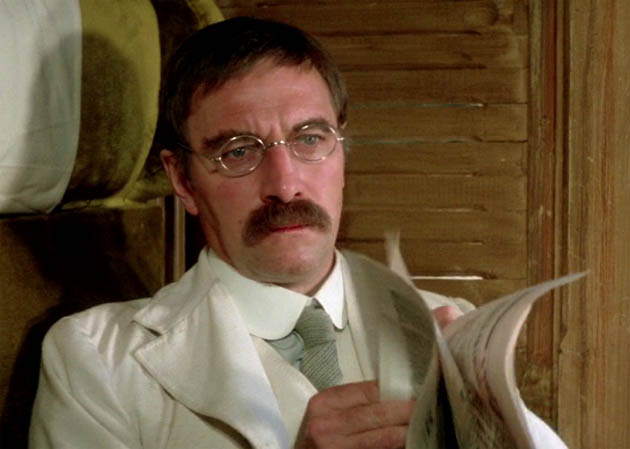 Christopher Plummer in The Man Who Would Be King. One of John Huston’s more successful post-Moulin Rouge (1952) movies, The Man Who Would Be King (1975) stars Sean Connery and Michael Caine as a couple of late 19th century British soldiers/adventurers who ultimately find themselves at odds with South-Central Asia’s “restless natives.” Christopher Plummer plays Rudyard Kipling, the author of the story on which the film is based.

Christopher Plummer’s movie career spans five decades. The Toronto-born actor (on Dec. 13, 1929) made his big-screen debut at age 29 in Sidney Lumet’s 1958 drama Stage Struck, a remake of Lowell Sherman’s Morning Glory (1933), with Plummer in the old Douglas Fairbanks Jr. role and Susan Strasberg following in the footsteps of Katharine Hepburn.

Although never a major box office name, Plummer has been featured in numerous important releases, a few of which became both critical and box office hits. Most notable among these is Robert Wise’s 1965 Best Picture Academy Award winner The Sound of Music (1965), starring Plummer as Austrian Alps denizen Captain von Trapp, in addition to Julie Andrews and veteran Eleanor Parker (The Man with the Golden Arm, Home from the Hill) as the two women in his life.

Below is a trio of other major – though not necessarily successful – movies featuring Christopher Plummer:

More recently, among Christopher Plummer’s most notable efforts are the following:

Update: Upcoming projects include Caesar and Cleopatra, with Christopher Plummer as the first half of the title and Nikki M. James as the second half.

Christopher Plummer The Man Who Would Be King image: Allied Artists / Columbia Pictures.

I think you guy’s shoud get married!!!!!

Reply
Leo you are very cute.you and kate will be the best pair in both real and reel life -

Leo &kate are good pair in real and reel life

KATE & LIO U BOTH R BEST COUPLE I HAVE EVER SEEN.I LOVE BOTH OF U GUYS.

he’s verycute there is no words to say fr him. he’s fantastisc. titanic is my favorite movie he acted very fine in that, leo i wanna to make a dinner with u

Dear leo, i think you’re the best thing that ever to t.v. . You are my favorite male actor. I hope to meet you one day ,that would be awesome. “Buenos Suerte” on your next movie. Buenos suerte means good luck in spanish. Luv your #1 fan , Shelby

leonardo is looking very beautiful as usual but this time kate is also looking nice.

Leo, you get my nod for an Oscar Nomination right behind Russel Crowe and Heath Ledger. I’d like to see all 3 of you win one!

i think leonardo and kate winslet are meant for each other in real life. they are the such a perfect couple. i wish they could date, he should stop decieving himself and ask her out