St. Patrick’s Day always reminds me of silent era filmmaker Rex Ingram, among whose silent era efforts are The Four Horsemen of the Apocalypse, The Prisoner of Zenda, Scaramouche, Mare Nostrum, The Magician, and The Garden of Allah, and whose birth – as Reginald Ingram Montgomery Hitchcock – took place in Dublin on Jan. 15, 1893. (Some sources have 1892, but in Rex Ingram: Master of the Silent Cinema author Liam O’Leary, citing a birth notice in The Irish Times, states that 1893 is the correct date.)

Though largely forgotten today, Ingram’s work – clearly shaped by his background in painting and sculpture – was so influential that it inspired Japanese director Yasujiro Ozu to pursue a film career. British filmmaker Michael Powell, who initially worked as Ingram’s assistant, referred to him as “the greatest stylist of his time,” while David Lean once remarked that he was indebted to Ingram’s cinematic vision.

In the 1950s, when MGM head Dore Schary was asked to name the top creative people in the early days of film, his choices were D.W. Griffith, Rex Ingram, Cecil B. DeMille, and Erich von Stroheim – in that order. Even Billy Wilder’s Sunset Blvd. may owe its Gothic feel and some of its plot elements to Ingram’s (now lost) Trifling Women. In addition to sharing the same cinematographer, John F. Seitz, both films feature murder; a tragic, dark-haired femme fatale; and an ape who plays a crucial role in the storyline.

While writing Beyond Paradise: The Life of Ramon Novarro, I often became more intrigued with two of the story’s top supporting players than with the biographical subject himself. One was Novarro’s lover in the mid-1920s, columnist Herbert Howe, quite likely the wittiest writer to ever cover the Hollywood scene. The other was the handsome, talented, temperamental, independent-minded Rex Ingram, the man who discovered Ramon Novarro (then known as Ramon Samaniegos) and who helped to propel the career of the era’s top Latin Lover, Rudolph Valentino, whom Ingram directed in two 1921 Metro Pictures releases: The Four Horsemen of the Apocalypse and The Conquering Power.

The Four Horsemen, one of the biggest blockbusters of the silent era, cemented Ingram’s reputation as one of the foremost Hollywood directors of that time. In Beyond Paradise, I wrote the following about his approach to filmmaking:

Much like [Erich von] Stroheim, Ingram wanted total control over his films and tirelessly strove for realism in every aspect of their production. In The Four Horsemen, for example, he demanded that Rudolph Valentino and [Ingram’s future wife] Alice Terry speak their (inaudible) lines in French so as to give greater authenticity to their characters. Ingram’s obsessive care paid off once again with the July 1921 release of The Conquering Power [from Honoré de Balzac’s Eugénie Grandet] – also starring Terry and Valentino, and with more inaudible French dialogue. Critics and audiences alike were captivated by the picture’s painstaking detail, despite a production environment fraught with problems.

Valentino, pushed by lover Natacha Rambova, wanted more money from the recalcitrant studio. He thus became uncooperative on the set of The Conquering Power, which in turn led to direct confrontations with Ingram. Powerful producer-scenarist June Mathis, with whom Ingram had worked on The Four Horsemen, took Valentino’s side.

After production on The Conquering Power was completed, both Valentino and Mathis left Metro for Famous Players-Lasky (later renamed after its distributor arm, Paramount), where Valentino starred in another blockbuster, The Sheik. Mathis would eventually move on to Goldwyn Pictures, where she would head the scenario department and rule over her own autonomous production unit.

Despite the loss of both Mathis and Valentino – and Mathis’ enmity would prove to be a major setback – Ingram demonstrated that he could continue to thrive on his own. In fact, the iconoclastic Irishman (though actually of part-English parentage) was to direct several more highly prestigious productions.

Among those, all featuring Alice Terry, were the Ruritanian adventure-romance The Prisoner of Zenda (1922), with Lewis Stone as the Englishman abroad with a royal double, and Ramon Novarro in a supporting role as the conniving Rupert of Hentzau; the French Revolution epic Scaramouche (1923), starring Novarro in the title role; Ingram’s answer to Valentino’s The Sheik, The Arab (1924), also with Novarro; the exquisite spy mystery-romance Mare Nostrum (1926), with Terry and Antonio Moreno as star-crossed lovers; and the romantic melodrama The Garden of Allah (1927), with Ivan Petrovich as a monk on the run. 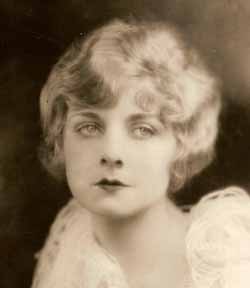 The lovely and remarkably modern-looking (and modern-acting) Alice Terry (right), whom Ingram married in November 1921, only missed out on one of the director’s silent films after 1920, Trifling Women. Inspired by Marie Corelli’s novel Vendetta, this 1922 Gothic melodrama starred Novarro, Lewis Stone, and the sultry femme fatale Barbara La Marr. Terry was also absent from Ingram’s last film, the independently produced talkie Baroud (1931).

Aside from Terry, Novarro was Ingram’s most frequent star, appearing in five of his films. Their professional partnership ended after The Arab, when Ingram moved his production setup to the South of France, while Novarro remained in Los Angeles as one of the top contract players at the newly formed Metro-Goldwyn (later Metro-Goldwyn-Mayer). MGM was to finance and distribute Ingram’s French-made productions, which allowed the director nearly total freedom in the making of his films. 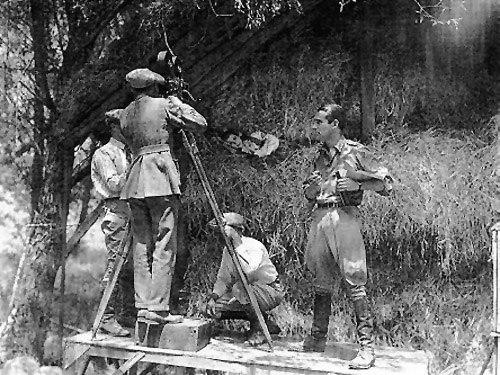 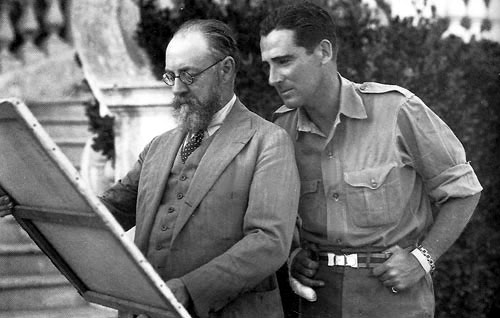 In Beyond Paradise, I wrote that “Ingram’s unquestionable talent was matched only by his arrogance, fiery temperament, and lack of respect for authority.” Indeed, those qualities were his undoing.

A couple of years after his falling out with June Mathis and Rudolph Valentino, Ingram was heartbroken when he was passed over for the job of directing Goldwyn Pictures’ monumental Ben-Hur, which was to be shot in Italy under Mathis’ supervision.

After two more years had gone by, both Mathis and her chosen director, Charles Brabin, were fired from the out-of-control project. But instead of replacing Brabin with Ingram, the top brass at Metro-Goldwyn opted for the more malleable Fred Niblo. (Ironically, Ingram’s own discovery, Ramon Novarro, landed the role of Judah Ben-Hur after leading man George Walsh was also fired.)

Louis B. Mayer, the man in charge at Metro-Goldwyn, resented Ingram’s wilfulness and his penchant for lengthy shooting schedules. Ingram, for his part, so despised Mayer that after the new studio became known as Metro-Goldwyn-Mayer the director insisted his films be released only as “Metro-Goldwyn” productions. In the late 1920s, even though Ingram’s efforts remained profitable, Mayer severed ties with him.

Without MGM’s financial and distribution support, Ingram managed to direct only two more films: The Three Passions (1928), released in the U.S. via United Artists, and his only talkie, the somewhat amateurish adventure tale Baroud (1931), starring Ingram himself as a dashing legionnaire in North Africa and Novarro look-alike Pierre Batcheff, who would commit suicide two years after the film’s release. Baroud got few bookings.

With his film career over, Ingram, who had become fascinated with Arab culture while filming The Arab in Tunisia, spent much of his time studying Islam. According to several reports, he became a Muslim in the early 1930s, though the free-thinking former director was hardly one to abide by any sort of religious dogma. (He and Terry did, however, adopt an Tunisian boy, who later became a juvenile delinquent.)

When not trying to resurrect his defunct Hollywood career, Ingram spent the last two decades of his life traveling extensively throughout the world. Despite having suffered two heart attacks during a 1948 trip to North Africa, he kept on traveling until his deteriorating health, worsened by a bout of malaria in Mexico, finally forced him to settle down in the Los Angeles suburb of Studio City.

On July 21, 1950, shortly after being admitted to a hospital for a series of tests, Ingram unexpectedly suffered a cerebral hemorrhage and fell into a coma. In a few hours, the 57-year-old former filmmaker was dead. Ramon Novarro, Alice Terry (their extramarital liaisons notwithstanding, they had remained married), Mare Nostrum star Antonio Moreno, and Gilbert Roland were a few of those present at the July 26 funeral service at the Forest Lawn Cemetery in Glendale. By that time, the name Rex Ingram meant little – if anything – to the filmgoing public.

The good news is that after decades of obscurity, Ingram’s work has become available once again. The Four Horsemen of the Apocalypse, The Conquering Power, The Prisoner of Zenda, Scaramouche, The Magician, and Mare Nostrum have all been shown on Turner Classic Movies. The Arab is one of the “lost” films that have been returned to the United States by the Moscow film archives, and last week I was fortunate to catch two Ingram rarities at UCLA’s Festival of Preservation, The Chalice of Sorrow (1916) and The Flower of Doom (1917). 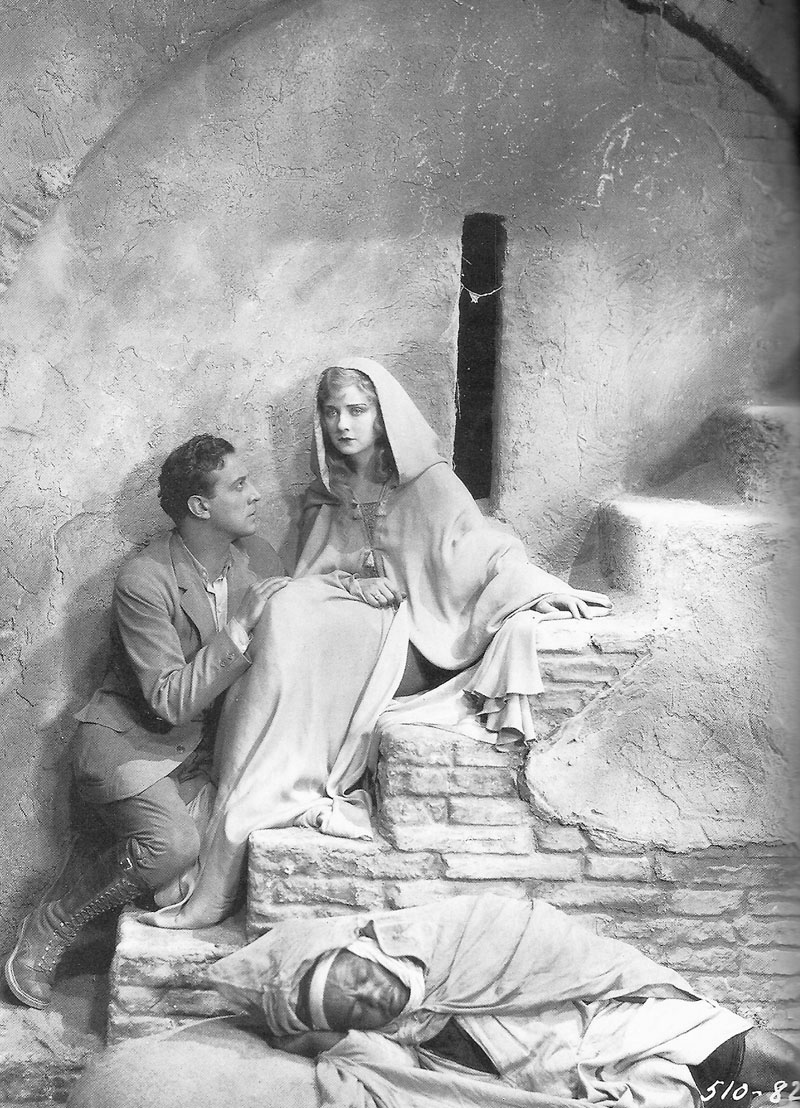 And finally, here’s hoping that TCM will unearth The Garden of Allah (above, with Terry and Ivan Petrovich), which is supposed to be a beautifully photographed film.

If Ingram’s directorial style may feel a bit too static by today’s rollercoaster-paced standards, it’s no exaggeration to say that overall those films remain as impressive – and certainly as visually stunning – as when they were first released more than 80 years ago. Watching them, one can also see how, directly or indirectly, they have influenced the works of directors as disparate as Erich von Stroheim, James Whale, David Lean, and James Ivory.

I should also note that, unlike, say, Cecil B. DeMille, who saw sex as adolescent titillation, or D.W. Griffith, for whom sex was either nonexistent or portrayed as a fate worse than death, Ingram (like fellow European import Erich von Stroheim) dared to treat the forbidding three-letter word for what it is, delving deep into its darker recesses in the unsettling The Magician. 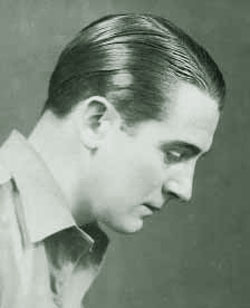 Those interested in learning a little more about Rex Ingram, should check out Liam O’Leary’s aforementioned Rex Ingram: Master of the Silent Cinema. That said, I should add that the chief assets of O’Leary’s 1980 biography are the great photographs, for O’Leary carefully skirts any subject that might upset Ingram’s memory, or that of Alice Terry, who was still living at the time and to whom the book was dedicated.

Ben-Hur: A Tale of the Christ (1925): Biggest Silent Blockbuster

Hollywood in the twenties is always fascinating. Thank you for posting this well written article, and inspiring me to read more on these three subjects.

Thanks for this appreciation of one of the great filmmakers!