Although he directed a number of popular comedies and dramas at Columbia in the 1950s and 1960s, Richard Quine’s name barely registers today. That is unfortunate, for Quine, who will have a mini-retrospective at the Los Angeles County Museum of Art from Aug. 8–16, was a capable actors’ director, handling some of the studio’s top names of the period, among them Kim Novak (with whom, as per LACMA’s press release, he was romantically linked for five years), Jack Lemmon, and Judy Holliday. Blake Edwards, then a comedy screenwriter, was Quine’s collaborator in several films.

In the opinion of writer/director Lindsay Anderson, Quine’s early efforts “are not merely well-directed films; there is a wry, disenchanted quality about them which betrays the presence behind the camera of an individual, a human being and a rather sensitive one.”
Perhaps it was that “rather sensitive” human being (aided by Abe Burrows’ witty screenplay, adapted from George S. Kaufman and Howard Teichmann’s play) that elicited a hilarious performance out of Judy Holliday – really, my favorite of her brief film career – in the Capraesque The Solid Gold Cadillac (above), the story of a ditzy blonde who, with the help of the Joes and Ethels of the United States (and Paul Douglas), manages to take over a major corporation. (I’m assuming it’s no coincidence that this entertaining social comedy was made at Frank Capra’s old studio.)

Strangers When We Meet is a nice-looking, adult drama that leaves something to be desired because of a badly miscast Kirk Douglas – though Kim Novak is quite good in it and so is Walter Matthau in a thoroughly unsympathetic role, while Barbara Rush delivers what may well be the best performance of her career. Bell, Book and Candle is a charming fantasy with Novak at her most stunning, and Hermione Gingold and Elsa Lanchester stealing every scene they’re in. 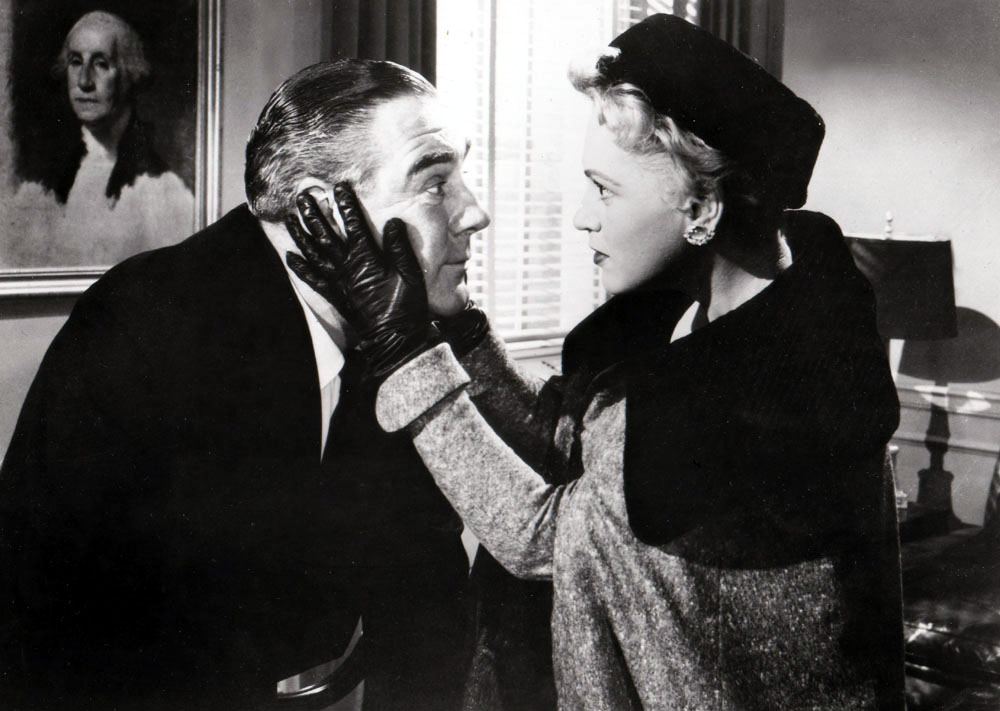 This moody film noir features a vulnerable Novak as a bank robber’s girlfriend who falls for a corrupt cop.

A married architect constructing an ultramodern Bel Air house embarks on a secret affair with a beautiful suburban mother.

Holliday shines as a dizzy blonde who own ten shares of stock in a major company in this satire based on a hit Broadway play.

This original musical about two Ohio sisters living in Greenwich Village features clever choreography by Bob Fosse. Leigh called the shoot “a six-month labor of love … no one wanted it to end.”

James Wong Howe’s color cinematography reveals a “magical” Big Apple in this fanciful tale of a beautiful witch who owns a Manhattan art shop. Lemmon is hysterical as a jazz-loving warlock.

Lemmon is an Army private who organizes a “mad ball” to bring the enlisted men together with the nurses – who are officers – in this uninhibited farce that Pauline Kael called “one of the funniest films of its period.”

As a woman suspected of murdering her husband, Novak is ravishing in this clever romantic comedy-mystery, her final film with Quine.

Kirk Douglas Movies: Out of the Past + A Letter to Three Wives