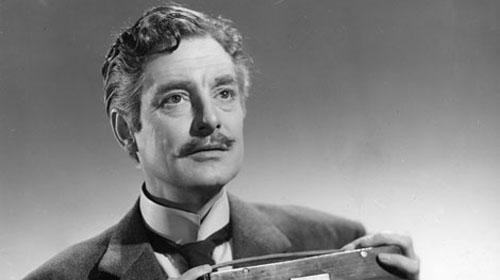 London’s BFI Southbank has been hosting an homage to Robert Donat, who died fifty years ago (on June 9, 1958) of a chronic asthma attack at the age of 53.

In spite of his best actor Oscar (for Goodbye Mr. Chips in 1939) and his starring in Alfred Hitchcock’s The 39 Steps (1935), Donat is all but forgotten today. To the best of my knowledge, there is no Robert Donat cult, no Robert Donat midnight screenings, no Robert Donat fan websites.

Considering his current obscurity – “debonair” and “charming” are uncool qualities nowadays – and the fact that I’m always disagreeing with everybody, it should come as no surprise that Donat is one of my favorite actors of the 1930s and 1940s.

You can see the wheels turning in his performance as the idealistic teacher in the saccharine Goodbye Mr. Chips and he was badly miscast as a Chinese (!) mandarin in his last movie, The Inn of the Sixth Happiness (1958), but he was stiff-upper-lippedly flawless in the title role in Rowland V. Lee’s The Count of Monte Cristo (1934), as the hero running for his life in the absurd but fast-moving The 39 Steps, and especially as the effete barrister in Terence Rattigan’s excellent The Winslow Boy (1948).

Partly due to ill health and partly due to his own inner demons, Donat, who worked extensively onstage, appeared in only 20 films during his 26-year career. (One of the parts he declined was the title role in Captain Blood, which turned Errol Flynn into a major star.)

This week, the bfi is screening five Donat vehicles – all but one from his later career. 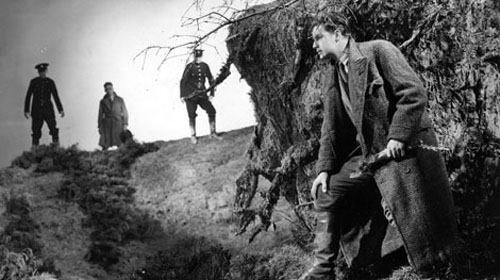 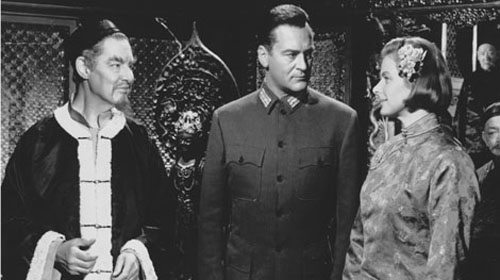 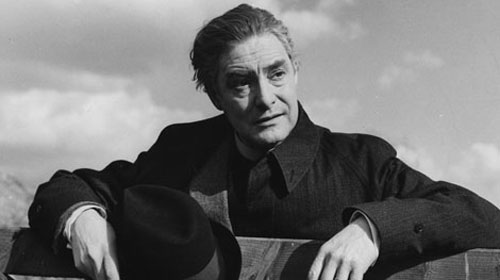 I agree with everyone else about his talents and persona.I saw `The Cure for love`on television decades ago.A critic/reviewer once said that the film was worth seeing if only to hear that classically trained voice announcing that he was `going to have a bath`using the pronounciation of `bath`with true north country short`a`as in the word`maths`!Many years ago I worked for Manchester Council,working on the acquistion of houses in St.Pauls Road,Withington.One of the houses was the Donat family home before they moved to Canada.One day I decided to photograph it.But when I got there,I found to my disappointment that the demolition gang had beaten me to it!So all I have(somewhere!)is a photocopy of the deed of purchase by Robert`s father of the house itself.Happy days.

Thank you, Andre, for highlighting the work and career of the wonderful Robert Donat. A joy to watch in all his films, but I think especially wonderful in The Winslow Boy. I too would join a Robert Donat cult!

Robert Donat is my favorite actor of all time.

One of my favourite films I saw in 1949/50 was The Cure For Love,this was. very funny film.I cant recollect it been shown on TV.Ikeep hoping I might see it coming out on dvd one day Regards Ray Curry

I’ve been a Robert Donat fan since my childhood in the fifties. Such a wonderful actor, and beautiful voice. Taken much too early, I miss him sorely.

I’ll have to see that one - I thought it might be a bit too Hollywood Studio. Just seen The Magic Box for the first time - a real treat for film buffs as it has guest appearances from everyone from Olivier to Dennis Price. Thanks for this page, Andre

Hello, Andrew,
“The Magic Box” was shown on Turner Classic Movies here in the US just a few weeks ago. I saw it a long time ago, but now I have it on DVD. Gotta check it out again. I remember thinking that the best thing about the movie were the myriad cameos.

I agree with everything you say, Andre - Donat was a wonderful actor. I’m kicking myself for missing this tribute.

Goodbye Mr Chips and 39 Steps are his best known roles but The Winslow boy is my favourite. His opening scene is one of the best in ALL cinema

I really like him in “The Winslow Boy,” but I have a soft spot for his Count of Monte Cristo. That was the very first Robert Donat film I saw.

If there were a Robert Donat cult I would join it. He is a such a joy to watch.

I too, enjoyed Donat and just had the pleasure of introducing my sister to the 39 Steps. His role as the Mandarin in ‘Inn of 6th Happiness’ was actually a gift. He was broke and I believe Ingrid Bergman paid for his insurance to be on the set. And since he was never bad, and given the other bizarre casting, he did pretty damn well. And of course, his last words in the film were his last words in any film made them particularly poignant. Any word on his children?