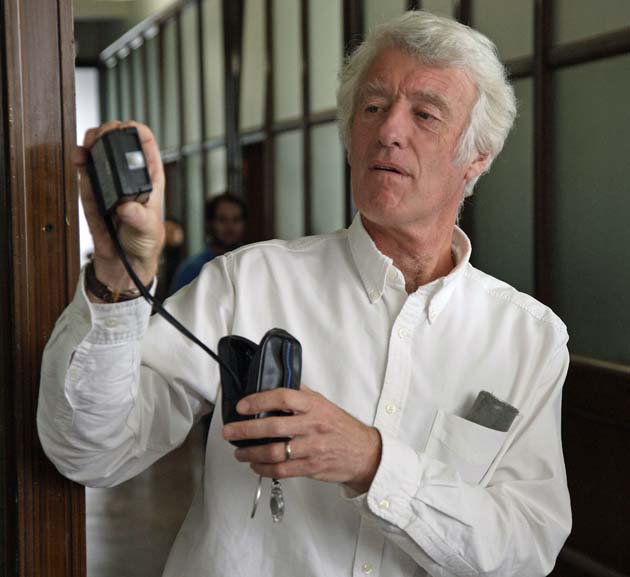 Although Inception‘s Wally Pfister won the 2011 American Society of Cinematographers Award, it’s important to note that the ASC is hardly a good judge of an eventual winner at the Oscars.

Since 1986, only nine ASC Award winners ended up taking home the Academy Award for Best Cinematography. That’s about 37.5 percent of the total, or a little more than 1 in 3.

Even if we’re only covering the past decade, from 2000–2009 only four ASC Award winners went on to receive the Best Cinematography Oscar. This equals out to a slightly higher, but still relatively low 40 percent.

Additionally, members of the Academy of Motion Picture Arts and Sciences may be feeling some heat to finally honor veteran Roger Deakins, as he has been nominated eight previous times without ever winning.

Deakins, in fact, is widely considered one of the greatest cinematographers of all time. Among his efforts are Defense of the Realm, The Secret Garden, Thunderheart, The Shawshank Redemption, Dead Man Walking, The Assassination of Jesse James by the Coward Robert Ford, and Doubt, in addition to several collaborations with True Grit‘s Joel and Ethan Coen. Those include Fargo, The Big Lebowski, The Man Who Wasn’t There, and No Country for Old Men.

One last point is that out of 77 films with 10 or more Oscar nominations, only three have walked away completely empty-handed:

Given that True Grit doesn’t seem to be very competitive in any other Academy Award categories, Cinematography seems to be its one good chance at winning. Therefore, even though Wally Pfister’s work on Inception was brilliant, we’re keeping our money on Roger Deakins to take home the Oscar. 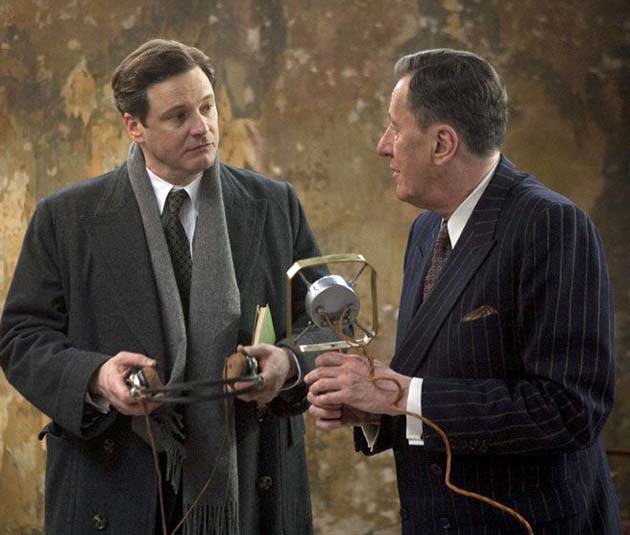 For most of this year’s awards season, The Social Network emerged as the clear front-runner in the race for the Best Picture Oscar. David Fincher’s drama won an astounding number of Best Film awards from North American critics, in addition to landing on the Top 10 lists of practically every U.S.-based film critic working today, most of whom placed it at the very top. Then something very interesting happened: the major Hollywood guilds, seen as the biggest harbingers of eventual Best Picture Academy Award winners, chose to honor Tom Hooper’s The King’s Speech instead.

The case for ‘The King’s Speech’: The Hollywood guilds’ awards

The Producers Guild of America (PGA) has correctly predicted the eventual Best Picture winner a whopping 16 times since 1989. That’s 16/21 times, or 76 percent. To bet against the Producers Guild is almost silly, unless the PGA is out of sync with most other precursors, among them film critics awards and the Golden Globes. Unfortunately for The King’s Speech, that seems to be the case. But fortunately for the British drama, the Screen Actors Guild (SAG) and the Directors Guild of America (DGA) have also handed it their top prizes.

A SAG Best Cast win, which some perceive as SAG’s equivalent to a Best Picture award, has been matched by a Best Picture Oscar 7/15 times. This equals out to 46.6 percent. While alone this is not a high percentage, a SAG Best Cast victory becomes a much stronger predictor when coupled with the PGA and the DGA awards.

The DGA has correctly predicted the eventual Best Director Oscar winner all but 6 times in its history (excluding the first two years, when the DGA’s schedule didn’t quite match the Academy’s).[1] That’s 53/60, or 88 percent. Although the DGA Award is officially a precursor to the Best Director Oscar, 76 percent of the time the Best Picture and Best Director Academy Awards go to the same movie.

And since the DGA is so good at predicting the eventual winner of the Oscar for Best Director, it is also a reliable Best Picture predictor. In fact, since 1949 48 of the 61 DGA winners, or 79 percent, have gone on to win the Best Picture Academy Award.

As The King’s Speech has won all three major guild awards, that makes a thoroughly convincing argument for an eventual Best Picture Academy Award victory. After all, only one time has a winner of the three guild awards (DGA, PGA, SAG’s Best Cast) failed to take home the Best Picture Oscar. That was in 1995, when Ron Howard’s Apollo 13 topped the guilds, but lost Best Picture to Mel Gibson’s Braveheart.

However, there is a key difference in this case. The guild awards are generally given after the Oscar nominations have come out, and in Apollo 13‘s case Ron Howard was snubbed for even a nomination for Best Director, taking his film out of the running in that category entirely.

Only three times in Academy Award history has the Best Picture winner failed to receive at least a Best Director nomination.[2] By contrast, The King’s Speech‘s Tom Hooper has been nominated for a Best Director Oscar. 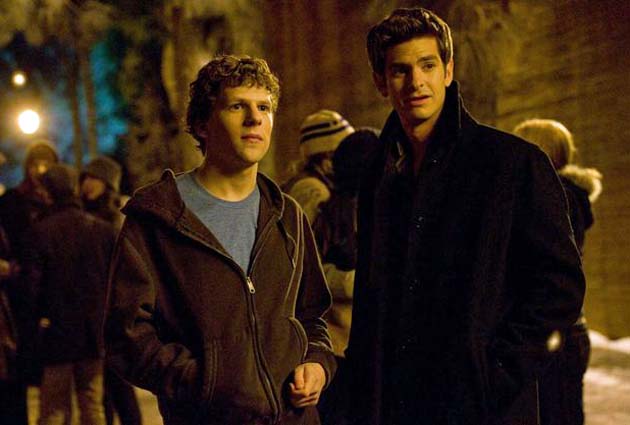 Leader of the Oscar pack

Furthermore, The King’s Speech leads the pack with a total of 12 Oscar nominations. Although there isn’t a very strong correlation between movies with the highest number of nominations going on to win Best Picture, there is such a correlation with one of the top two most-nominated films.

Although between 2000 and 2009 just half of the top-nominated films went on to win Best Picture, only once in that time did one the top-two nominated films fail to be named Best Picture of the year. That took place in 2006, when Martin Scorsese’s The Departed was voted Best Picture despite having only five nominations, whereas its Best Picture competitors Babel and The Queen had seven and six nods, respectively.

That fact not only heightens The King’s Speech‘s chances of winning Best Picture, but significantly lowers The Social Network‘s chances in this statistical field. Based on just these numbers, the second most likely Best Picture winner would be Joel and Ethan Coen’s True Grit, which earned 10 nominations. The Social Network garnered eight.

Finally, although the Oscars have been turning away from this trend, in the last two decades only a handful of movies have won Best Picture without either cracking $100 million (adjusted for inflation) at the domestic box office or having that potential after winning Best Picture.

Before Paul Haggis’ Crash in 2005, Bernardo Bertolucci’s The Last Emperor had been the last Best Picture winner to gross less than $100 million domestically. (Since Crash, two films have achieved that feat: the Coen brothers’ No Country for Old Men in 2007 and Kathryn Bigelow’s The Hurt Locker in 2009.) If we accept that The King’s Speech and The Social Network are, in fact, in a two-way race, then this bit of statistical data once again increases The King’s Speech‘s chances.

All roads lead to ‘The King’s Speech’

In conclusion, I would be extremely surprised if The King’s Speech doesn’t take away the top award next Sunday, Feb. 27.

Obviously, if I had to pick a dark horse candidate, it would be The Social Network simply because of the groundswell of support it has received from critics.

The DGA Awards vs. the Oscars, Best Picture win without Best Director nom

Also, in 1928-29, when there were no official nominations, the Best Picture and Best Director Academy Award winners were mismatched: The Broadway Melody and Frank Lloyd for The Divine Lady.

However, The Broadway Melody director Harry Beaumont was one of those “unofficially considered” for that period’s Academy Award.