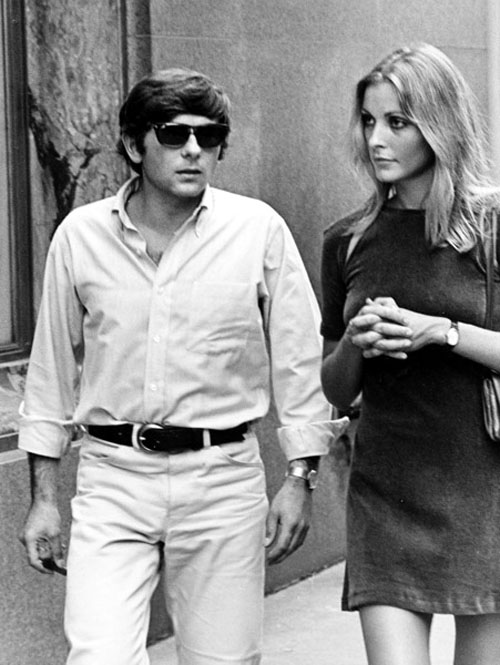 Roman Polanski, who won a best director Oscar for the Holocaust drama The Pianist in 2003, was arrested at the Zurich airport last night. According to reports, the 76-year-old filmmaker could face extradition to the United States for charges of having sex with a minor in the late 1970s.

Polanski, who was in Switzerland to receive a lifetime achievement award at the Zurich Film Festival (website), was apparently arrested at the behest of the U.S. Justice Department, following a lead from the Los Angeles County district attorney’s office. He would be held until a decision was made regarding his extradition to the US.

In 1977, Polanski was accused of using champagne and a Quaalude tablet to have sex with a 13-year-old (Samantha Gailey, now known as Samantha Geimer) during a photo shoot at Jack Nicholson’s Los Angeles home. Polanski later asserted both that the sex had been consensual and that he believed Gailey to be 18, but finally pleaded guilty for having sexual intercourse with a minor.

Much to the embarrassment of the US legal system, the high-profile Polanski – who had already spent 42 days in jail – fled the country before he could be sentenced. U.S. authorities followed suit by issuing a warrant for his arrest in 1978. Since that time, Polanski has lived in France, the place of his birth.

Earlier this year, Polanski’s lawyers tried to have the charges thrown out, alleging that the judge on his case, Laurence J. Rittenband, was a media-obsessed man who had been unethically coached by prosecutors – in addition to other unethical (and possibly unlawful) actions on Rittenband’s part – as depicted in Marina Zenovich’s 2008 documentary Roman Polanski: Wanted and Desired (which happens to be as much about the circus-like state of the American justice system as it is about Polanski’s own case).

Samantha Geimer herself has spoken out against Rittenband, and has stated that the case should be closed. In the past, she sued Polanski and received an undisclosed settlement.

A Los Angeles Superior Court judge agreed that there had been “substantial misconduct” in the original case, but when the director didn’t show up in court to pursue his claim – the L.A. district attorney’s office had been adamant that Polanski should be present – the judge refused to throw out the case. Polanski has since appealed against the ruling.

Commenting on Polanski’s unexpected arrest, French culture minister Frédéric Mitterrand remarked he “strongly regrets that a new ordeal is being inflicted on someone who has already experienced so many of them.” The child of Polish Jews, Polanski returned with his family to Poland before the outbreak of World War II. They were then confined to Krakow’s Jewish ghetto; Polanski managed to escape in 1943, but both his parents were sent to concentration camps. Polanski’s mother was reportedly killed at Auschwitz.

In August 1969, his eight-month pregnant wife, actress Sharon Tate, and four others were murdered by Charles Manson’s gang at Tate and Polanski’s Benedict Canyon home in Beverly Hills. (Manson was reportedly after Terry Melcher, Doris Day’s son, with whom he’d had a rift; Melcher had lived at the house before Polanski moved in.)

Among Polanski’s films as a director are classics such as Knife in the Water (1962), Repulsion (1965), starring Catherine Deneuve; The Fearless Vampire Killers (1967), in which Polanski himself is seen opposite Sharon Tate; Rosemary’s Baby (1968), with Mia Farrow, John Cassavetes, and Best Supporting Actress Oscar winner Ruth Gordon; Chinatown (1974), starring Jack Nicholson, Faye Dunaway, and John Huston; and Tess (1980), with Nastassja Kinski in the title role.

His political thriller The Ghost, based on Robert Harris’ novel and starring Ewan McGregor and Pierce Brosnan, is currently in post-production and is scheduled for a 2010 release. The film chronicles the involvement of a professional ghostwriter (McGregor) in the shady dealings of a former British prime minister (presumably inspired by Tony Blair) writing his memoirs on an island off the US coast. Kim Cattrall, Olivia Williams, James Belushi, Tom Wilkinson, Timothy Hutton, and Eli Wallach round out the cast.

“To my knowledge, Roman in recent years has traveled to Germany, Spain, Italy, Egypt, Greece, Russia, China,” Robert Harris told The Guardian. “So why now, all of a sudden, is an elderly man grabbed off a plane on a Saturday night and stuffed into jail?”

“This is a high-profile action designed to send out some sort of message to someone somewhere. No one condones what happened in the 70s, but I think this is pretty appalling.”

Harris also stated that Polanski has a house in Switzerland and spent much of the summer there. Strangely, Swiss authorities did nothing about it at the time.

In a public statement, the Swiss Association of Directors called Polanski’s arrest a “grotesque judicial farce and a monstrous cultural scandal,” while the country’s Association of Film Directors and Script Writers called the move “a slap in the face for the entire cultural community in Switzerland.”

The Zurich Film Festival has condemned Polanski’s arrest and will proceed with the lifetime achievement ceremony in the director’s absence. Polanski was also scheduled to received another lifetime achievement award at the Cologne Conference, a film and television industry event. For now, it’s unclear whether he’ll be able to make it. The appeal process against extradition to the US could take months and go all the way to the Swiss equivalent of the US Supreme Court.

Geimer, for her part, has recently accused the personnel at the Los Angeles district attorney’s office of unearthing “lurid details” of the case to take attention away from their own wrongdoing. “True as they may be, the continued publication of those details causes harm to me,” adding, “I have survived, indeed prevailed against, whatever harm Mr. Polanski may have caused me as a child.”

Since 1989, Polanski has been married to actress Emmanuelle Seigner, 43, the star of his 1988 thriller Frantic and one of the leads in the recent international art-house hit The Diving Bell and the Butterfly. The couple has two children. As per the Guardian report, upon learning the news of her husband’s arrest Seigner left her children in Paris and traveled to Switzerland.

I think he is the best director ever. Thanks for sharing the article with us!

He paid her “an undisclosed amount of money” to “be okay” about the crime, or at least to not pursue him in civil court. It is not up to the woman (who was a 13 year old minor at the time of the rape, sodomy, illegal intoxication and drugging) to determine whether her assaulter should answer to the crime, which is exactly why there are laws to prevent that from happening-criminals answer to society also, and there are many reasons victims are manipulated into not prosecuting.
She got her money so who cares about justice? Selfish!
Well, then let’s go back to the days of the Wild West when people just settled between them with money or murder?
What about the average assaulter without millions and status to pay off the victim? There are cases today of this same crime and people jump all over the criminal!
What reasoning is there to protect or support someone who did the terrible things he did to a child???

I don’t know what to think. I think if the woman doesn’t want to go ahead with the case, then maybe it shouldn’t go ahead? She already received a settlement. It seems like the whole affair is just being dragged out for publicity to me.

Don’t Be a Plum

Manson follower Susan Atkins who had killed Roman Polanski’s wife, Sharon Tate died a couple of days ago and now this announced arrest of Roman Polanski.

What I can’t understand is, how did Polanski manage to evade the law all these years with the so called technology of cameras and GPS, etc. There is just NO way that one can hide from the law with all of technology that is out there.

Something is just screwy here. I think the authorities DID know where he was hiding all these years. And one has to question as to why did they decide to arrest him NOW and not arrest him from years ago? Not to mention that this is going to cost taxpayers money for a trial that will drag on for years.

This is another example of how there is no such thing as “justice” in the justice system in the USA. Criminals go free while the innocent and victims get sent to prison.

It’s about time he answers for his drugging and raping, sodomizing and molestation of a 13-year- old. It was against her will= rape. She stated that she tried to get him to stop, yet he claims it was consensual (of course); then why the alcohol and drugs, alone in someone else’s house?
His excuse is that he thought she was 18? So, in his mind it is okay to rape, sodomize an adult woman? Hope his wife has enjoyed this.
As far as the comment “So why now, all of a sudden, is an elderly man grabbed off a plane on a Saturday night and stuffed into jail?”
Is this person delusional? Polanski ran to France when he was required to appear in court-He already admitted to the crime. He got old because he had decades of freedom from the penalty. And I doubt they grabbed him off the plane and stuffed him anywhere. This poor elderly man jetting into town-off to his “lifetime acheivement” ceremony instead is finally caught and will be forced to answer to his criminal “acheivement” he thought he escaped. He actually believes it should be dismissed!