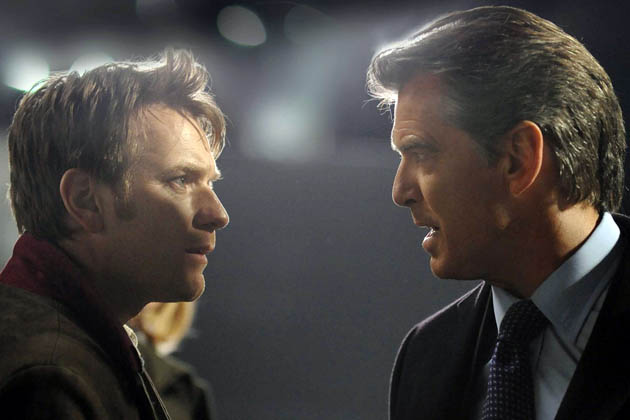 Roman Polanski’s latest effort, the Anglo-French-German co-production The Ghost Writer, will have its world premiere in competition at the 2010 (60th) Berlin International Film Festival, which takes place Feb. 11–21.

Based on the International Thriller Writers’ Award-winning novel The Ghost by Robert Harris (who also penned the screenplay), The Ghost Writer was shot at Studio Babelsberg outside Berlin and was finished by Polanski while in prison in Switzerland.

The mystery thriller stars Ewan McGregor as a professional ghostwriter hired to put on paper the memoirs of a former British prime minister (Pierce Brosnan) living on an island off the eastern seaboard of the United States.

Not long after starting work, the writer is drawn into a series of sexual and political intrigues involving the ex-PM’s wife (Olivia Williams), his aide (Kim Cattrall), war crime allegations, and a mysterious secret from the PM’s past that may derail international relations.

Two-time Oscar nominee Tom Wilkinson (as Best Actor for In the Bedroom, 2001; as Best Supporting Actor for Michael Clayton, 2007).

Veteran Eli Wallach (Baby Doll, The Good the Bad and the Ugly).

Summit Entertainment to release ‘The Ghost Writer’ in North America

Summit Entertainment, the North American (U.S. and Canada) distributor of awards season favorite The Hurt Locker and the blockbusters Twilight and The Twilight Saga: New Moon, recently picked up North American rights to Polanski’s $35 million film. Summit plans to release it in the first half of 2010.

“We had the good fortune to recently screen The Ghost Writer in Paris and were amazed at the film Roman and his team have created. He once again has proven himself as one of the world’s most talented filmmakers and master of suspense[,] creating a very modern thriller and we look forward to sharing this film with North American audiences.”

The 77-year-old Roman Polanski is currently under house arrest at his chalet in the Swiss ski resort of Gstaad, while waiting on a decision as to whether he’ll be extradited to the United States on a charge of having had sex with a minor back in the late 1970s.

Polanski is married to actress Emmanuelle Seigner, the leading lady in Julian Schnabel’s The Diving Bell and the Butterfly. The couple have two children.

Besides having won the 2002 Best Director Academy Award for the Holocaust drama The Pianist, starring Best Actor winner Adrien Brody, Polanski has been honored with numerous international awards in the past half century.

Among these was the Berlin Film Festival’s Golden Bear for the thriller Cul-De-Sac (1966), toplining Donald Pleasence and Françoise Dorléac, and the Special Jury Prize for another – more serious-minded – thriller, Repulsion (1965), starring Dorléac’s sister Catherine Deneuve, Ian Hendry, and John Fraser.

Other Roman Polanski film credits, mostly psychological thrillers and mysteries, some of which co-written by frequent collaborator Gérard Brach, include: 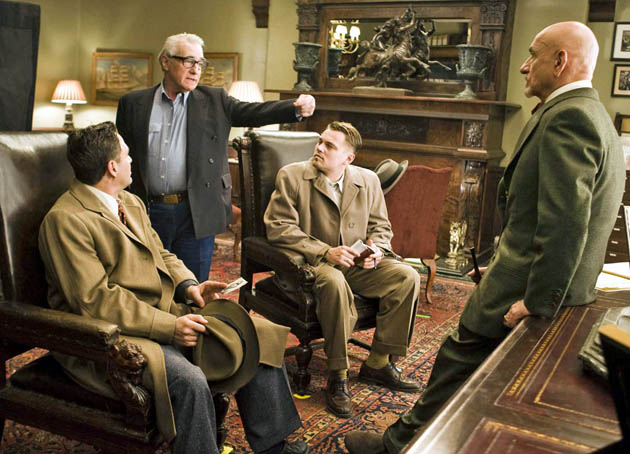 Shutter Island: Martin Scorsese directs Leonardo DiCaprio, Mark Ruffalo, and Ben Kingsley. In the 1950s-set neo-noir thriller Shutter Island, based on Dennis Lehane’s novel, DiCaprio and Ruffalo play two investigators in search of a madwoman/murderess who, after fleeing a mental institution, is supposed to be in hiding somewhere on the titular island. However, as in previous cinematic entries such as Robert Wiene’s The Cabinet of Dr. Caligari, things aren’t exactly what they seem. Shutter Island will have its world premiere as an out-of-competition entry at the 2010 Berlin Film Festival.

In other 2010 Berlin Film Festival news, besides Roman Polanski’s The Ghost Writer, six other titles (see further below) have been announced for the Golden Bear Competition line-up.

Well, except for the fact that two of them are actually out-of-competition entries. One such is Martin Scorsese’s Shutter Island – which will have its world premiere at the Berlinale. And that means The Ghost Writer will not be the festival’s only mystery thriller directed by an internationally celebrated filmmaker.

Scorsese’s first narrative feature since winning the Oscar for The Departed nearly three years ago, Shutter Island chronicles the pursuit of a demented murderess who is supposedly in hiding somewhere in the titular location after escaping from a local mental institution. In the extensive, Oscar-pedigreed cast:

Of note, Shutter Island is the fourth Martin Scorsese-Leonardo DiCaprio collaboration, following the Best Picture Oscar nominees Gangs of New York (2002) and The Aviator, and the Best Picture winner The Departed.

Minus Roman Polanski’s The Ghost Writer and Martin Scorsese’s Shutter Island, below are the five other Golden Bear titles – whether in or out of competition – announced thus far.

Info about Roman Polanski’s The Ghost Writer via The Guardian.