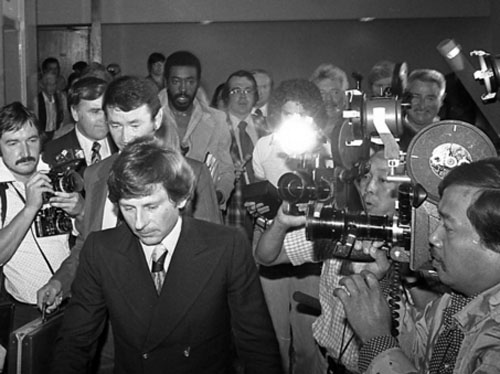 The Zurich Film Festival, which runs until Oct. 4, has released the following statement following the arrest of the festival’s Lifetime Achievement Award honoree Roman Polanski:

“The planned ‘A Tribute to …’ Award ceremony for film maker Roman Polanski will go ahead in his absence. Roman Polanski, one of the greatest film directors of our time would have received an award for his life’s achievement at the Zurich Film Festival. However, he was detained by the police upon his entry at Zurich Airport. His detention is linked to the demand by US-authorities to a warrant for his arrest in 1978.

“The festival directors have received this news with great consternation and shock. They have decided that the ‘A Tribute to … Roman Polanski’ night will take place with a few changes.”

Among those scheduled to speak at the Tribute to Roman Polanski ceremony at the Cinema Corso are model/actress Nadja Schildknecht; actor-producer Karl Spoerri; Pierre-Yves Sonalet, representing the French Embassy; and Argentinean filmmaker Julia Solomonoff, speaking for the directors in the competition.

The tribute will also feature clips from Polanski’s films and a screening of Marina Zenovich’s 2008 documentary Roman Polanski: Wanted and Desired. Among the other Polanski films screening today at the festival are Death and the Maiden, The Fearless Vampire Killers, Chinatown, and Frantic.

Recommended for You
Roman Polanski

I heard that Roman did admit he had sex with the 13 year old girl; however, he was not charged with rape. … what he did was wrong, even if it was long ago, he still was made responsible for this