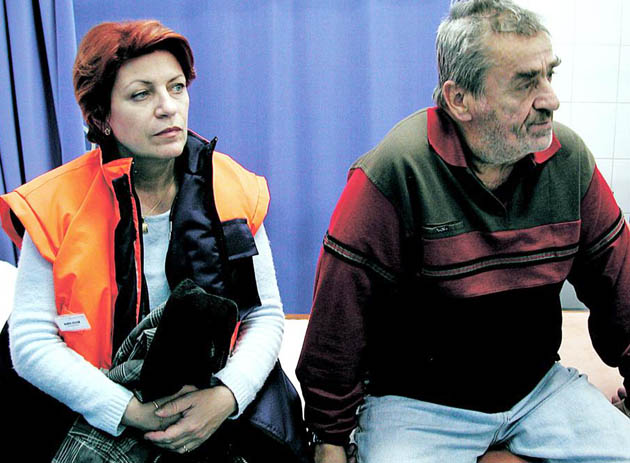 As a curious plus, one could easily visualize For Your Consideration co-star Catherine O’Hara, one of this year’s top Best Supporting Actress contenders and the National Board of Review winner, going totally berserk because the L.A. Film Critics chose a Romanian actress instead of her. (In For Your Consideration, a French actress inadvertently pushes O’Hara’s shoo-in Academy Award contender off both the Oscar shortlist and the deep end.)

Having said that, when it comes to the real-life Academy Awards, O’Hara has nothing to fear from her Romanian actress competitor. Gheorghiu’s chances of landing a Best Supporting Actress nomination are all but nil.

WWII from the Japanese(-language) side + the Great Kazakh Hope

Immediately below is the Los Angeles Film Critics Awards list.

* A 1969 release in France, the Jean-Pierre Melville-directed, French Resistance-themed Army of Shadows – despite a cast that includes Lino Ventura, Simone Signoret, Paul Meurisse, and Jean-Pierre Cassel – reached U.S. screens only in 2006. It was the New York Film Critics Circle’s Best Foreign Language Film of the year. See further below.

Best Foreign Language Film: The Lives of Others.

† Cate Blanchett’s 2006 films were: Babel, Notes on a Scandal, and The Good German.

Special Citations: To Jean-Pierre Melville’s 1969 film Army of Shadows, which had its U.S. premiere in 2006, and to Jonas Mekas for his career as a critic and filmmaker. 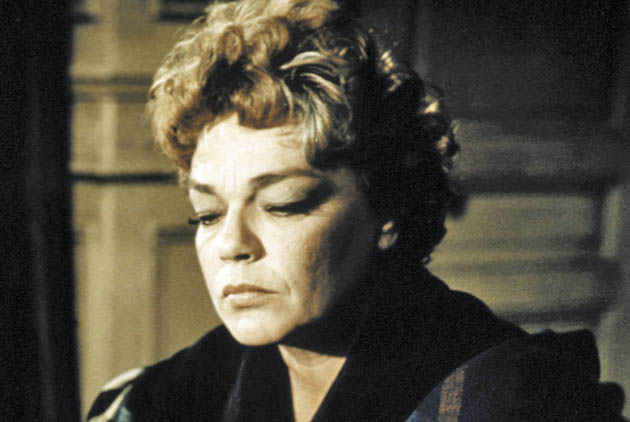 Next, the New York Film Critics Circle, whose winners were announced on Dec. 10, came up with a Did they really? pick in the Best Foreign Language Film category: screenwriter-director Jean-Pierre Melville’s somber 1969 French Resistance drama Army of Shadows / L’Armée des ombres, based on a novel by Joseph Kessel. Both Melville (born Jean-Pierre Grumbach) and Kessel were French Jews who joined the Resistance in 1941.

Although released in France nearly four decades ago, Army of Shadows had its U.S. debut only this year. In the cast:

Among this year’s other New York Film Critics winners were:

Clint Eastwood’s World War II Japanese-language drama Letters from Iwo Jima, the top film at the 2006 National Board of Review and the Los Angeles Film Critics Awards, showed up only once among the New York Film Critics’ top three choices: Third place for Eastwood in the Best Director category.

According to The Gold Derby, The Queen and The Departed were actually the New York Film Critics’ two favorite movies of the year. However, as a result of their labyrinthine voting rules, United 93 ended up as their “compromise” winner.

Previous such “compromises” include:

See below the full list of this year’s New York Film Critics winners and runners-up.

Runners-up: The Queen. The Departed.

Runners-up: Shareeka Epps, Half Nelson. Catherine O’Hara, For Your Consideration.

Emma Bovary of American suburbia: Kate Winslet in Little Children. Based on the novel by Tom Perrotta, who also co-wrote the screenplay with director Todd Field, this depiction of the dark underbelly of a well-to-do Boston suburb is reminiscent of suburbia/small-town literary and cinema classics – and not-so-classics – such as Kings Row, Peyton Place, The Restless Years, No Down Payment, A Summer Place, Blue Velvet, and American Beauty. The equivalent of the L.A. Film Critics’ “Romanian actress surprise,” Little Children was the San Francisco Film Critics’ Best Film.

An adult drama about suburban social repression and sexual hysteria, Little Children generally received positive reviews upon its limited release in the United States. Yet despite the presence of Kate Winslet as suburbia’s Emma Bovary and Patrick Wilson as her adulterous lover, the film has failed to catch on with the moviegoing public.

Among the other San Francisco Film Critics winners were:

And finally, Cristi Puiu’s The Death of Mr. Lazarescu received a special citation.

Special Citation (for overlooked gems): The Death of Mr. Lazarescu.

How to Make-Up? Oscars’ Artists & Hairstylists Show How