The 2008 Oscars have Joel and Ethan Coen’s No Country for Old Men and Paul Thomas Anderson’s There Will Be Blood. Not to be outdone, the Academy of Canadian Cinema & Television’s 2008 Genie Awards have their own heavy dramas as its two top nominees: David Cronenberg’s Russian mafia thriller Eastern Promises and Roger Spottiswoode’s Rwanda genocide-centered Shake Hands with the Devil, each with 12 nominations.

Next in line is Sarah Polley’s Alzheimer’s disease drama Away from Her with seven nods, followed by Bruce McDonald’s The Tracey Fragments with six; Stéphane Lafleur’s Continental a Film Without Guns / Continental, un film sans fusil and François Girard’s Silk, with five apiece; and Denys Arcand’s Days of Darkness / L’Âge des ténèbres with four.

Eastern Promises, which is also up for the Best British Film BAFTA (it’s mostly an Anglo-Canadian co-production), stars American Viggo Mortensen and Australian Naomi Watts as two disparate people – he a Russian hitman; she a midwife – whose paths are crossed following the death of a pregnant 14-year-old drug addict. Mortensen, director Cronenberg, supporting actor Armin Mueller-Stahl, and screenwriter Steve Knight are all up for Genies.

Shake Hands with the Devil is based on the autobiography of Lit. Gen. Romeo Dallaire, the military commander of the UN mission in Rwanda during the spring of 1994. Roy Dupuis, the star of the highly popular and multiple-Genie winner The Rocket, plays Dallaire.

Shake Hands with the Devil covers similar ground to Peter Raymont’s 2003 documentary of the same name. Both productions depict world inaction – or rather, disregard – while Hutu radicals massacred hundreds of thousands of Tutsis (and non-radical Hutus) following the death of Rwanda’s ethnic Hutu president Juvenal Habyarimana in a mysterious plane crash.

Needless to say, neither of these Shake Hands with the Devil films has anything in common with Michael Anderson’s 1959 drama of the same name – set in 1920s Dublin and starring James Cagney, Don Murray, Dana Wynter, and Glynis Johns.

Among the seven nominations for Away from Her are two for director and screenwriter Sarah Polley (who adapted Alice Munro’s short story “The Bear Came Over the Mountain”), plus acting nods for veteran British actress (and U.S. film critics fave) Julie Christie – this year’s likely Academy Award winner – and Gordon Pinsent, who, perhaps because he’s not a “name” south of the border, has been utterly ignored by the countless American award-giving groups and guilds.

A curious case: though directed by a Canadian (Jason Reitman) and starring two Canadians (Ellen Page and Michael Cera), Juno wasn’t submitted for Genie consideration by distributor Fox Searchlight. As an American production, it surely would have been deemed ineligible for the awards.

But don’t despair. Ellen Page is in.

While in the running for the 2008 Best Actress Oscar for Juno, Page is in the running for the 2008 Genie Awards for The Tracey Fragments, which uses split screens to tell the inner story of a 15-year-old (Page will be turning 21 next February) attempting to come to terms with both impending adulthood and her budding sexuality. Also shortlisted for the Genies were director Bruce McDonald, who has handled several episodes of the American series Queer As Folk, and screenwriter Maureen Medved, who adapted her own novel. 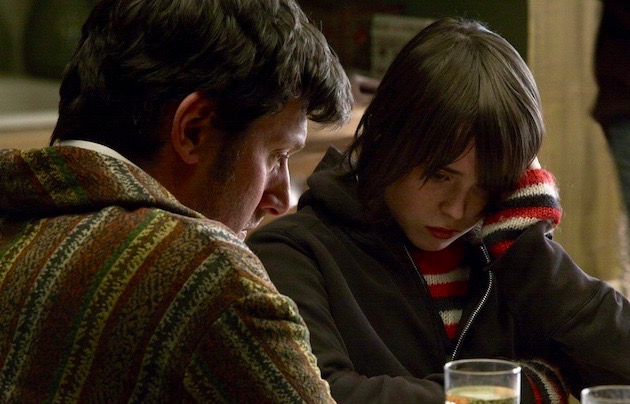 The Tracey Fragments with Ellen Page with Ari Cohen. Currently associated with troubled teenage characters – Hard Candy, Juno, An American Crime – 20-year-old Ellen Page is up for this year’s Best Actress Genie Award for her performance as a troubled 15-year-old in Bruce McDonald’s The Tracey Fragments, in which the lead character remembers her difficult life while searching for her missing younger brother.

Denys Arcand’s French-language Days of Darkness, about a civil servant with a wild imagination à la Danny Kaye in The Secret Life of Walter Mitty, was one of the nine semifinalists in the (American) Academy’s Best Foreign Language Film category. Ultimately, however, Days of Darkness failed to land an Oscar nod.

Besides the dark themes of many of this year’s top nominees, something particularly noteworthy about the 2008 Genie Awards is the strong presence of English-language fare: Eastern Promises, Shake Hands with the Devil (which has some French-language dialogue), Away from Her, The Tracey Fragments, Clement Virgo’s Poor Boy’s Game (up for three Genies, including Best Actor nominee Danny Glover), Andrew Currie’s Fido (up for three Genies), Paul Fox’s Best Original Screenplay nominee Everything’s Gone Green, and others.

Why is that noteworthy?

Well, so far this century, French-language Quebecois productions such as Jean-Marc Vallée’s C.R.A.Z.Y., Erik Canuel’s Bon Cop Bad Cop, Charles Binamé’s The Rocket, Sylvain Chomet’s The Triplets of Belleville, Francis Leclerc’s Looking for Alexander, Denys Arcand’s The Barbarian Invasions, and Denis Villeneuve’s Maelstrom, have dominated the Genie nominations (and, for the most part, the Genie wins).

The 2008 Genie Awards ceremony will be held on March 3 at the Metro Toronto Convention Centre. For the first time ever, it will be broadcast (at least in Canada) on E! and IFC.

The 2008 Directors Guild of America (DGA) Award winners were announced on Jan. 26. As expected, awards season favorites Joel and Ethan Coen topped the Feature Films category for the violent crime thriller No Country for Old Men.

At the Swiss Film Awards, the jury headed by veteran actress Marthe Keller (And Now My Love, Marathon Man) selected Micha Lewinsky’s The Friend / Der Freund as Best Narrative Film. Philippe Graber stars as a young man whose Girl of His Dreams has unexpectedly died.

There’s more: the Spanish Cinema Writers Circle named Gracia Querejeta’s Seven Billiard Tables / Siete mesas de billar francés the best Spanish release of 2007. Best Actress winner Maribel Verdú stars as a woman who, following the death of her father and the disappearance of her husband, decides to begin a new life of her own by resurrecting her deceased father’s old (and failed) business: a local joint with seven billiard tables.

At the Bavarian Film Awards, the Best Producer(s) – that’s the equivalent of their Best Film prize – were Molly von Fürstenberg and Harald Kügler for Cherry Blossoms / Kirschblüten – Hanami, which also earned Elmar Wepper the Best Actor award. The Best Director, however, was Fatih Akin for the multicharacter psychological drama The Edge of Heaven / Auf der anderen Seite, winner of the Best Screenplay award at the 2007 Cannes Film Festival.

Lastly, the Best Narrative Feature Grand Jury Award winner at the 2008 Slamdance Film Festival was writer-director Tom Quinn’s The New Year Parade, a depiction of the effects of an acrimonious divorce on a couple’s teenage children. Unlike Noah Baumbach’s similarly themed The Squid and the Whale, the more “experimental” The New Year Parade mixes actors and non-actors, documentary footage and fiction. The indie-focused Slamdance was held Jan. 17–25 in Park City, Utah. 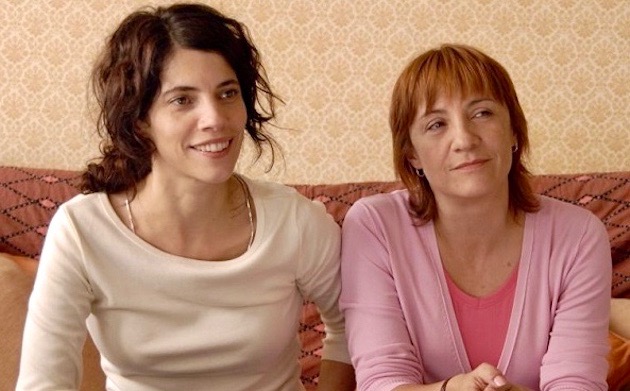 Theatrical Motion Pictures
* Robert Elswit, There Will Be Blood.
Roger Deakins, The Assassination of Jesse James by the Coward Robert Ford.
Seamus McGarvey, Atonement.
Janusz Kaminski, The Diving Bell and the Butterfly.
Roger Deakins, No Country for Old Men.

Board of the Governors Award: Annette Bening.

Honorable Mention for Narrative Feature: How to Be, dir.: Oliver Irving.