Dame Helen Mirren was the expected Best Actress (or Best Female Actor) winner for her sympathetic portrayal of the U.K.’s Queen Elizabeth II in Stephen Frears’ The Queen, set in the aftermath of Princess Diana’s death.

That wasn’t all for Dame Helen.

In the SAG Awards’ television categories, she was voted Best Actress in a Television Movie or Miniseries for her portrayal of another British queen named Elizabeth: the title character in Tom Hooper’s Elizabeth I, which focuses on the queen’s relationship with the Earl of Leicester, played by Best Actor in a Television Movie or Miniseries winner Jeremy Irons, and the Earl of Essex, played by Hugh Dancy, who wasn’t even nominated.

A side note: Both Michael Curtiz’s The Private Lives of Elizabeth and Essex (1939), with Errol Flynn as the Earl of Essex, and Henry Koster’s The Virgin Queen (1955), with Richard Todd as Sir Walter Raleigh, treaded on similar territory. Bette Davis played Elizabeth I in both productions.

The other British dame to cause a splash at this year’s SAG Awards ceremony was Life Achievement Award winner Julie Andrews, in movies since The Americanization of Emily and Mary Poppins back in 1964.

As unsurprising as Dame Helen Mirren’s English queen wins was Forest Whitaker being named Best Actor for his performance as Uganda leader Idi Amin Dada in Kevin Macdonald’s The Last King of Scotland.

The kind of ensemble piece that SAG Award voters love, Jonathan Dayton and Valerie Faris’ sentimental family comedy Little Miss Sunshine was the Best Cast winner. Following on the heels of its Producers Guild Award victory, the modestly budgeted feel-good flick of the year is now considered the front-runner for the 2007 Academy Awards. 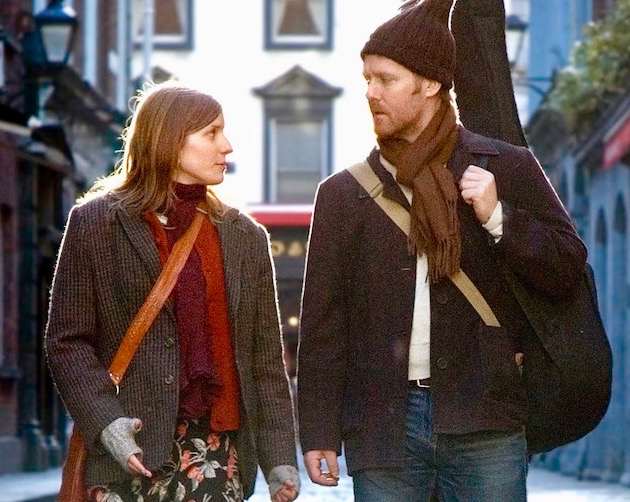 Once with Glen Hansard and Markéta Irglová. This year’s Sundance Film Festival World Cinema Audience Award winner, the low-budget, John Carney-directed, Dublin-set, Irish romantic musical Once, has little chance of finding itself in the running for the 2008 SAG Awards. On the other hand, Once, featuring The Frames’ Glen Hansard as a nameless street singer and Markéta Irglová as an equally nameless flower seller (shades of Virginia Cherrill in City Lights, minus the blindness), has a not inconsiderable chance of being shortlisted for the 2008 Academy Awards.

In other (borderline-related) awards season news, the 2007 Sundance Film Festival winners have been announced.

The U.S. Grand Jury Prize - Dramatic went to Christopher Zalla’s Padre Nuestro (lit., “Our Father,” or “The Lord’s Prayer”), a mostly Spanish-language drama about a young Mexican (Jorge Adrián Espíndola) who sets out to New York City, where his long-lost father (Jesús Ochoa) is supposed to live. Things go awry when his identity is stolen by another immigrant (Armando Hernández).

The World Cinema Jury Prize - Dramatic was given to screenwriter-director Dror Shaul’s Sweet Mud. Set in a “progressive” Israeli kibbutz in the 1970s, the semi-autobiographical coming-of-age comedy-drama chronicles the struggles of a boy (Tomer Steinhof) dealing with all-around social and cultural hypocrisy as his mother (Ronit Yudkevitz) falls prey to mental illness.

See further below a partial list of the 2007 Sundance Film Festival winners.

Update: Upon its U.S. release in 2008, Padre Nuestro was rebaptized Sangre de Mi Sangre (“Blood of My Blood”).

Eva Mulvad’s Enemies of Happiness, about 28-year-old female politician Malalai Joya’s parliamentary victory in rabidly patriarchal Afghanistan, was named the winner of the World Cinema Jury Prize - Documentary. (It should be noted that Joya later got in trouble for denouncing the presence of warlords in the Afghan Parliament.)

The U.S. Grand Jury Prize - Documentary was handed to Jason Kohn’s Manda Bala (lit. “Send a Bullet”), which also earned Heloísa Passos the documentary cinematography award. Kohn is a former research assistant to Oscar winner Errol Morris (for the documentary feature The Fog of War: Eleven Lessons from the Life of Robert S. McNamara, 2003), who has given generous praise to Manda Bala.

Less enthusiastic was the New York Sun‘s Darrell Hartman, who criticizes Kohn’s effort for seeming “a bit too proud of its Rubik’s Cube complexity. It also suffers from Tarantino syndrome: The jazzy soundtrack drowns out a woman who lost an ear, and the carefully maintained color scheme of bright blue, green, and yellow seems downright insensitive alongside grainy footage of blindfolded kidnapping victims who fear for their lives.”

Described as a “tearjerker,” James C. Strouse’s Grace Is Gone won the U.S. Audience Award - Dramatic. John Cusack stars as a man who goes on a road trip with his daughters while trying to muster up the courage to tell them that their mother has died while serving in Iraq. Strouse also took home the Waldo Salt Screenwriting Award.

The Grace Is Gone score was composed by two-time Best Director Academy Award winner Clint Eastwood (Unforgiven, 1992; Million Dollar Baby, 2004) – reportedly the first time he has taken up that task for a film he didn’t write, direct, and/or star in.

Irene Taylor Brodsky’s Hear and Now, the story of two deaf 65-year-olds who undergo cochlear implant surgery in an attempt to gain the ability to hear, received the U.S. Audience Award - Documentary. 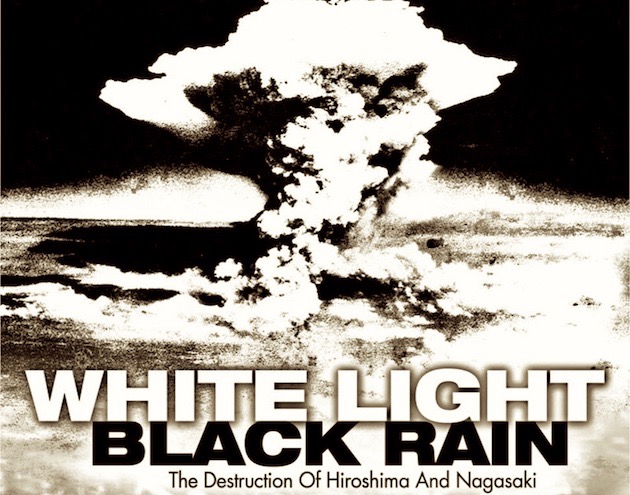 White Light/Black Rain. Steven Okazaki’s documentary White Light/Black Rain features the stories of 14 survivors of the two atomic bombs the United States dropped in the Japanese cities of Hiroshima and Nagasaki in early August 1945. The film also includes interviews with four Americans, among them a Los Alamos scientist who asserts he witnessed the Trinity test – the first detonation of an atomic bomb – conducted by the U.S. Army in July 1945 as part of the Manhattan Project.

CNN‘s Tom Charity was mostly unimpressed with the downbeat films he saw at this year’s Sundance Film Festival, including the much ballyhooed Dakota Fanning cause de scandale Hounddog. “What was lacking, almost across the board,” Charity writes, “was something to shape and define this vague malaise. Visually nondescript and overwhelmingly conventional in its language and address, American independent cinema has fallen significantly behind series TV for edge and originality.”

Kenneth Turan admired the nonfiction entries. “This year proved to be such a strong one for documentaries that several excellent works came away empty-handed,” Turan explains in the Los Angeles Times. “One such was Julien Temple’s Joe Strummer: The Future Is Unwritten. An engrossing biopic about the self-described ‘punk rock warlord’ and legendary front man for the Clash, Unwritten reveals Strummer to have been thoughtful, charismatic and something of a visionary.”

“Also richly deserving but unrewarded,” the Los Angeles Times’ Kenneth Turan continues, “was Steven Okazaki’s White Light/Black Rain, a dispassionate but emotionally devastating account of the effects of the atomic bombs dropped on Hiroshima and Nagasaki, two bombs that ended up eventually killing more than 350,000 people. Alternating grim footage of the human damage and current interviews with those who survived, White Light/Black Rain conveys the horror of those events in unflinching detail.”

World Cinema Audience Award - Documentary: In the Shadow of the Moon, United Kingdom.

Special Jury Prizes for Acting: Jess Weixler, Teeth (“for a juicy and jaw-dropping performance”) & Tamara Podemski, Four Sheets to the Wind (“for a fully realized physical and emotional turn”).

Jury Prize in U.S. Short Filmmaking: Everything Will Be OK, dir.: Don Hertzfeldt.

Gong Li was named Best Actress for her performance as a 10th-century Tang Dynasty empress in Curse of the Golden Flower, Zhang Yimou’s $45 million mix of period spectacle and dysfunctional family drama, while Jet Li was the Best Actor for his portrayal of 19th-century martial-arts master and Chinese nationalist Huo Yuanjia in the Ronny Yu-directed biopic Fearless.

Films of Merit: After This Our Exile, Confession of Pain, Exiled, Fearless, The Heavenly Kings, Heavenly Mission, On the Edge, Wo Hu: Operation Undercover.

Mormons vs. Gays + Sundance: To Boycott or Not to Boycott