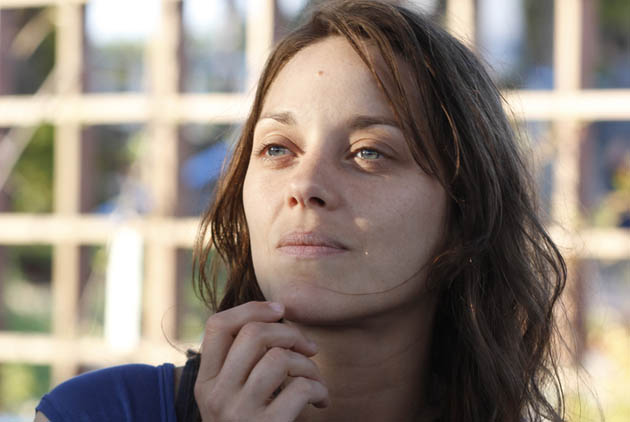 The Screen Actors Guild Awards – a.k.a. SAG Awards – 2013 nominations will be announced in the wee hours of the morning of Dec. 12. In the last two decades, the SAG Awards have been solid predictors of the Academy Awards – solid, but not flawless, as each year some SAG nominee or other is left out of the Oscar race.

Having said that, it’s always a good Oscar sign to be shortlisted for the SAG Awards. Two of last year’s notable absentees, Michael Fassbender (Shame) and Albert Brooks (Drive), were also absent from the Academy Awards’ list of nominated actors.

Also worth mentioning is that SAG Award voters may love several performances in one single film that, bizarrely (voting procedures may be at play here), fails to get a Best Cast nomination. A recent example: Jason Reitman’s Up in the Air, which earned nods for George Clooney, Vera Farmiga, and Anna Kendrick – but not for Best Cast.

In the end, Up in the Air and its director, Jason Reitman, were both nominated for the Oscars, along with its three awards-season-friendly cast members.

Here are a few more things to remember about the SAG Awards:

* Beasts of the Southern Wild was made outside the provisions of the Screen Actors Guild’s contractual rules. That means not only the use of non-professional actors but also actors’ wages that fall below SAG’s stipulated minimum.

Made for a reported $1.8 million (not including marketing and distribution expenses), Beasts of the Southern Wild grossed $11.24 million at the North American box office.

The French are coming?

If that weren’t all, Marion Cotillard is back in Jacques Audiard’s French-Belgian drama Rust and Bone / De rouille et d’os.

In all fairness, Trintignant (and, for that matter, Marion Cotillard’s Belgian leading man, Matthias Schoenaerts) haven’t been at all lucky this awards season on the western side of the North Atlantic. The same goes for Amour‘s supporting player Huppert.

The Rust and Bone and Amour leading ladies, however, have been getting some recognition, particularly Emmanuelle Riva, who, somewhat surprisingly, has turned out to be one of the favorite picks of U.S.-based critics groups.

Cotillard, for her part, has one key advantage: she’s a known quantity in the U.S., having already received a SAG Award nomination and taken home a Best Actress Academy Award for her performance as Edith Piaf in Olivier Dahan’s La Vie en Rose (2007). Besides, she has been featured in major English-language productions such as Rob Marshall’s Nine, Christopher Nolan’s Inception, Woody Allen’s Midnight in Paris, and, earlier this year, Nolan’s The Dark Knight Rises.

That could mean a strong French presence at the SAG Awards. In fact, if all four (or five?) Amour and Rust and Bone leads are shortlisted, it would mean the strongest “not in the English language” presence in the awards’ 19-year history.

Update: “It would,” but it didn’t. However absurdly, Amour was totally bypassed. Cotillard did, however, get shortlisted for Rust and Bone. Below is the list of the 2013 SAG Awards’ winners and nominees.

Best Cast in a Motion Picture

Outstanding Performance by a Stunt Ensemble in a Motion Picture
* Skyfall.
The Amazing Spider-Man.
The Bourne Legacy.
The Dark Knight Rises.
Les Misérables.

Best Ensemble in a Drama Series

Best Ensemble in a Comedy Series 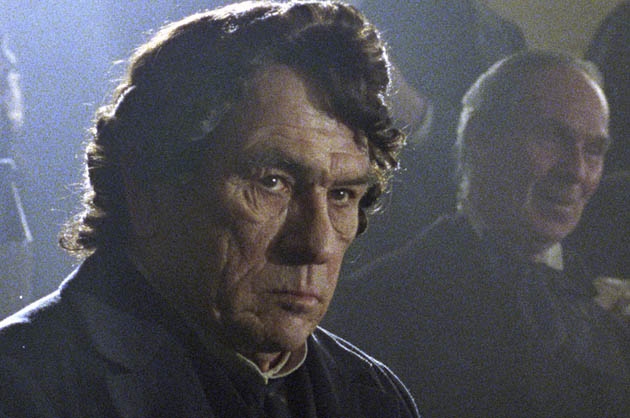 Tommy Lee Jones as Thaddeus Stevens in Lincoln. Steven Spielberg’s historical/political drama about Abraham Lincoln’s struggle to abolish slavery in the United States – which led to the American Civil War (1861–1865) and the president’s eventual assassination – will most likely earn veteran Tommy Lee Jones a nomination in the SAG Awards’ Best Supporting Actor category. In Lincoln, Jones, under heavy make-up, plays Thaddeus Stevens, one of the U.S. House of Representatives’ Radical Republicans – nowadays a label associated with Far Right Christians, white supremacists, and out-of-control corporatists; back then it meant uncompromising abolitionists.

After realizing that Marcel Carné’s beautifully acted Children of Paradise / Les Enfants du Paradis is ineligible for this year’s SAG Awards (it was first released in 1945, which means the French presence this year won’t be as strong as it could have been), we’ve reworked our predictions below.

† Pattinson’s fellow limo movie actor Denis Lavant has no chance as Leos Carax’s Holy Motors was not submitted for consideration.

Nothing is impossible:
Nicole Kidman, The Paperboy.
Maggie Smith, The Best Exotic Marigold Hotel.
Penélope Cruz, To Rome with Love.

Nothing is impossible:
Seven Psychopaths.
The Impossible.
To Rome with Love.

Never count Cotillard out. I guess everyone can still remember the “who?” which circulated through the Academy at the 2008 Oscars when she won Best Actress for LA VIE EN ROSE. Since then this artist has worked in all kinds of genre, producing impressive performances, remaining humble and charming. She may not win an Oscar this year, but she will win another in another year. For 2013 she already has two films in post-production ready to surprise audiences again.

I’ve seen the nominations. Kidmand for supporting role in the Paperboy, I think the lowest rated movie of Cannes? McConaughey for supporting role in Magic Mike? Giamatti deserved a nomination, he was phenomenal in Cosmopolis. Pattinson was brilliant too, but they don’t want to give him anything yet. Jennifer Lawrence nominated too? Good actress yes, but there are more good actresses out there. You need to know the right persons, I guess (Weinstein brothers maybe?)

Wonder when Kristen haters will stop obsessing over her and get on with their lives. She’s still rich, beautiful, talented, and loved and respected by her fans, peers, and boyfriend. Their obsession with her has been ongoing for years, yet nothing has changed except Kristen getting more famous and richer.

I was sad to see Cloud Atlas not get more love from your list. I really think they should be up for best cast & Ben Whishaw should be up for best supporting male….this was such an amazing ensemble piece, and the best film I saw this year. Les Miserables may surpass it as my favorite, but as of now I have seen Cloud Atlas twice, and I plan to again this week. I really hope it’s not snubbed by the awards this season.