The Avengers actor Samuel L. Jackson, whose self-righteous Nick Fury looks like an amateur next to Tom Hiddleston’s brilliantly wicked Loki, has gone the James Cameron way. It’s “either you like my movie, or you have no job writing about movies.”

In response to an unenthusiastic The Avengers review by the New York Times’ A.O. Scott, a couple of hours ago Jackson tweeted to his 823,000 followers: “#Avengers fans,NY Times critic AO Scott needs a new job! Let’s help him find one! One he can ACTUALLY do!”

In his review, Scott opines that The Avengers’ “best scenes are not the overblown, skull-assaulting action sequences – which add remarkably little that will be fresh or surprising to devotees of the Transformers franchise – but the moments in between, when the assembled heroes have the opportunity to brag, banter, flirt and bicker.”

Scott then goes on to compare The Avengers’ word-play among Captain America, Iron Man, Black Widow, Hawkeye, et al. to the repartee among John Wayne, Angie Dickinson, Dean Martin, and Ricky Nelson in Howard Hawks’ classic 1959 Western Rio Bravo. Summing it up, Scott says that “while The Avengers is hardly worth raging about, its failures are significant and dispiriting. The light, amusing bits cannot overcome the grinding, hectic emptiness, the bloated cynicism that is less a shortcoming of this particular film than a feature of the genre.”

Really, is Jackson afraid that The Avengers’ domestic box office prospects will be hurt by Scott’s review? He shouldn’t. Ask yourself: do the vast majority of people who’ll pay to watch The Avengers in North America next weekend read movie reviews? And really, how many of those people are able to read anything longer than a 140-word tweet?

So, Samuel L. Jackson, the actor whose film oeuvre the Guinness Book of World Records has (absurdly) named as the most lucrative ever, wants – even if in jest – a film critic out of his job. This at a time when most movie critics are indeed losing their jobs. Cool.

Just as cool as when James Cameron demanded in a 1998 letter to the editor that Kenneth Turan be fired from the Los Angeles Times because Turan dared to dislike Titanic. “Forget about Clinton,” Cameron ranted, “how do we impeach Kenneth Turan?”

The Avengers, which cost a reportedly $220 million, has earned $280 million after opening in about 40 territories last week. Box-office prognosticators are expecting that The Avengers will open to the tune of $150+ million in North America. We should all feel sorry for Samuel L. Jackson.

The screenplay for the Kellan Lutz Tarzan was written by Klooss, Ice Age: Dawn of the Dinosaurs’ Yoni Brenner, and Jessica Postigo, whose sole listed credit on the IMDb is Harald Zwart’s The Mortal Instruments, currently in pre-production.

According to The Hollywood Reporter, the new screenplay updates Burroughs’ story by having Tarzan’s parents killed in a plane crash, the CEO of Greystoke Energies as the film’s chief villain, and Jane as an environmentally conscious heroine. Now, the first “update” isn’t something really new: Boy’s parents are killed in a plane crash in the 1939 Tarzan sequel Tarzan Finds a Son.

As per the IMDb, Kellan Lutz has a handful of movies in the post-production stages. 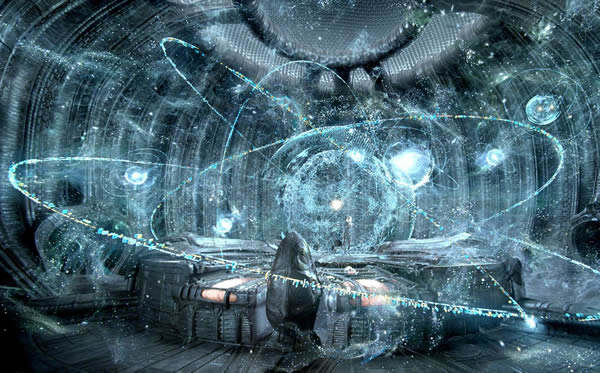 “I have been interviewed about this lately and wanted to post my two cents about this:

Prometheus started filming a while ago – right at the time we were in preproduction on PACIFIC RIM. The title itself gave me pause – knowing that ALIEN was heavily influenced by Lovecraft and his novella.

This time, decades later with the budget and place Ridley Scott occupied, I assumed the greek [sic] metaphor alluded at the creation aspects of the HPL book. I believe I am right and if so, as a fan, I am delighted to see a new RS science fiction film, but this will probably mark a long pause – if not the demise – of ATMOM.

The sad part is – I have been pursuing ATMOM for over a decade now – and, well, after [the box office disappointment] Hellboy II two projects I dearly loved were not brought to fruition for me. [Peter Jackson’s The Hobbit was the other one.]

The good part is: One project did… And I am loving it and grateful for the blessings I have received.”

Regarding the similarities between At the Mountains of Madness and Prometheus, del Toro added (in two different posts):

“Same premise. Scenes that would be almost identical.

“Both movies seem to share identical set pieces and the exact same BIG REVELATION (twist) at the end. I won’t spoil it.”

Now, correct me if I’m wrong but it sounds like del Toro is basically saying that Prometheus is a rip-off of H.P. Lovecraft’s novella. And if Scott’s film is that close to the novel, could it still be considered an “original screenplay”?

Roman Polanski’s next movie will be D, described as a political thriller based on the infamous Dreyfus Affair. Polanski (photo), 79 next August 18, will once again work with The Ghost Writer‘s novelist / screenwriter Robert Harris.

The Dreyfus Affair revolved around French army captain Alfred Dreyfus, a Jewish man who was sentenced to life in prison for passing military secrets to the Germans in 1894. Though eventually proven innocent, Dreyfus languished for several years in solitary confinement on Devil’s Island.

Partly as a result of the efforts of progressive novelist Emile Zola and others outraged by widespread corruption and bigotry within the ranks of France’s military establishment, Dreyfus was pardoned in 1899. Seven years later, he was officially exonerated of all charges.

“I have long wanted to make a film about the Dreyfus Affair, treating it not as a costume drama but as a spy story,” Polanski was quoted as saying in a statement. “In this way one can show its absolute relevance to what is happening in today’s world – the age-old spectacle of the witch-hunt of a minority group, security paranoia, secret military tribunals, out-of-control intelligence agencies, governmental cover-ups, and a rabid press.”

It’s clear that here Roman Polanski is referring not to Jews, but to another group that has been vilified in France: Muslims. Polanski and Robert Harris indirectly tackled the post-Sept. 11, 2001, world in The Ghost Writer, which featured a former British prime minister (Pierce Brosnan) embroiled in a nasty coverup. Though generally well-received by North American critics, The Ghost Writer earned a modest $15.54 million at the domestic box office in 2010. The political thriller fared better overseas, collecting $44.68 million.

Polanski’s Carnage, released in 2011, was less lucky. Reviews were mixed, and this adaptation of Yasmina Reza’s play Gods of Carnage took in only $27.6 million worldwide, including a paltry $2.54 million in North America. A trio of Oscar winners – Jodie Foster, Kate Winslet, Christoph Waltz – starred along with John C. Reilly.

There were fewer awards-season mentions for Carnage as well. Foster and Winslet were shortlisted for the Golden Globes, while Polanski and Reza shared the César for Best Adapted Screenplay – the film’s sole César nomination.

Roman Polanski won the Best Director Oscar for The Pianist in early 2003. His previous credits include Knife in the Water (whose screenwriter, Jerzy Skolimowski, has a cameo in The Avengers); Repulsion, with Catherine Deneuve; Chinatown, with Jack Nicholson and Faye Dunaway; Tess with Nastassja Kinski; and Frantic, with Harrison Ford and Polanski’s wife, Emmanuelle Seigner.

Production on D should begin in Paris by the end of the year.

Box Office: Hellboy II & Journey to the Center of the Earth...

And now, over a year later, Prometheus is a study in film stupidity and had nothing whatever to do with ATMOM. Unless del Toro was planning a very bad movie. So, I hope he keeps a happy thought until Universal gets smart and sober enough to produce a movie with quality people.

The last time a movie critic decided for me what movie is good was……………oh thats right. never. Any idiot (and most are) can become a critic. the most over rated and under skilled profession. Almost as usless and weather people on the local LA news. Today the sun will shine. How much education does that take.

Hard to say about the ‘original’ posit about screenplay. Is it inspired by? Or is it directly lifted? What is ‘rip off’ and what is re-imagining?

Want to make a name for yourself….pan a movie you know is going to be a hit. Your name is bound to get into the national market….oh wait, it worked

So wait, you want to be equally mean spirited and insult his fans? Also why is it the critic can voice his opinion that the Avengers is terrible but Samuel L. Jackson can’t have his opinion that A. O. Scott can’t write or has poor taste? You can’t yell “Freedom of speech for all! Except that guy over there because I don’t like what he said.” Come down off your soapbox about those poor critics who review movies. If they would lighten up and stop being biased about a movie right out the gate and learn to enjoy it then maybe people would take their reviews seriously, because if I want an opinion about a fun action movie I’m not going to ask a film snob who doesn’t like action movies. Also, the breakdown of the cast at the end was not very well put together and realistically I don’t even know why it’s there, you should have just linked to imdb because that portion looks like you were trying to drag it out as long as possible, use one or none of their popular works. Even better, leave it out, it makes the article look chaotic and poorly written.

So long as Jackson’s not actively trying to get the guy fired, he’s allowed to have an opinion. Same for the review writer.