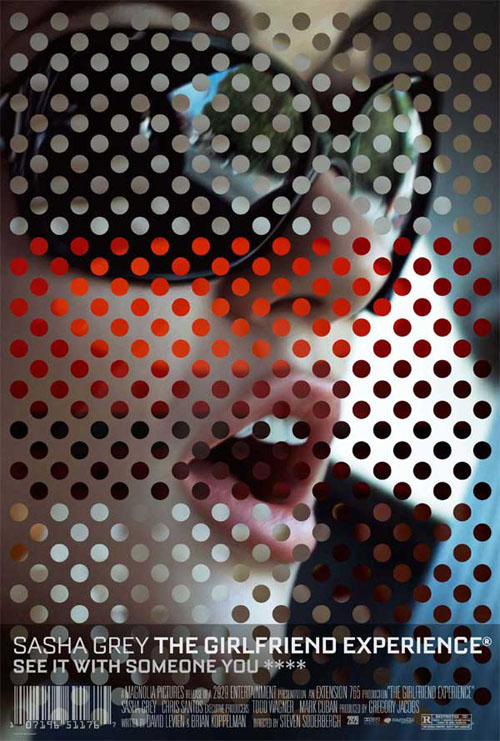 Sounds like fun? Perhaps it is, but then there’s both the boyfriend (Chris Santos) and a special writer (Philip Eytan) from Los Angeles.

Sounds decadent? Well, that’s nothing compared to the free fall of the global economy thanks to the (truly) obscene behavior of bankers and their politician-whores.

While the world financial markets crumble, Chelsea gets laid – and ponders about how to best invest in her future.

Written by David Levien and Brian Koppelman, and directed by Steven Soderbergh, The Girlfriend Experience opens in UK cinemas on Dec. 4.

Steven Soderbergh’s drama The Girlfriend Experience, starring Sasha Grey as a Manhattan escort, Chris Santos as her boyfriend, and Philip Eytan as her potential lover, opens in UK cinemas on Dec. 4.

I think this film will definately be interesting. I’ve always thought adult film stars were basically just regular actors without all the luck.