The sauna movie Steam of Life, the socially conscious psychological tragedy Tirza, the sentimental comedy Simple Simon, and the “dark side of (Scandinavian) life” drama The Angel are four potential 2011 Academy Award contenders in the Best Foreign Language Film category.

These are, respectively, the submissions from four northern European countries: Finland, The Netherlands, Sweden, and Norway.

Set in various Finnish saunas, Joonas Berghäll and Mika Hotakainen’s Steam of Life / Miesten vuoro features about a dozen or so men discussing their hopes and troubles. A hit in Finland, the sauna movie was one of the documentaries shortlisted at the 2010 European Film Awards.

Now, it’s unclear how they were able to get directors, camera person(s), sound person(s), and assorted crew members inside the various saunas featured in Steam of Life. Here’s one partial explanation: according to the film’s press release, “the camera was warmed to a hot iron temperature, and the filmmakers peeled off layers of their clothes.”

Regardless of how it was done, Heikki Färm and Jani Kumpulainen’s cinematography is striking.

Sauna movie to break new ground at the Oscars?

In Southern California, Steam of Life will be screened at the Palm Springs Film Festival and at Los Angeles’ Scandinavian Film Festival, both to be held in January 2011.

Directed by Rudolf van den Berg (The Cold Light of Day, The Johnsons) following an eight-year hiatus, Tirza is a complex psychological drama in which a middle-aged Dutchman (Gijs Scholten van Aschat) comes unglued while attempting to find his missing daughter in Namibia. During his search he’s befriended by a nine-year-old local girl who also happens to be a sex worker.

Based on a novel by Arnon Grunberg, Tirza has received highly favorable reviews in the Dutch media. Whether the generally conservative Best Foreign Language Film-voting members of the Academy of Motion Picture Arts and Sciences will go for the graphic dialogue and situations, the fragmented narrative (adapted by van den Berg), and the disturbing (though not exactly unpredictable) finale is something else. 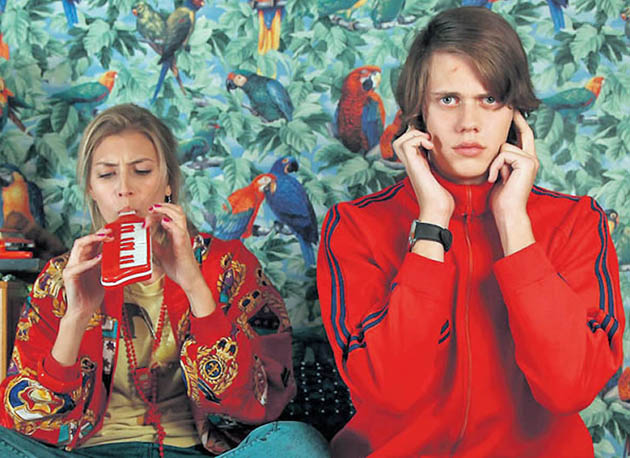 More to the Academy’s tastes is Andreas Öhman’s feel-good comedy Simple Simon / I rymden finns inga känslor, in which an 18-year-old (Bill Skarsgård; one of Stellan Skarsgård’s sons) suffering from Asperger’s syndrome tries to make sure things remain (sort of) the same as ever by hooking up his caring brother (Martin Wallström) with a free-spirited woman (Cecilia Forss).

As far as its Oscar chances are concerned, these are all good signs for the Swedish entry.

At the other extreme from Simple Simon is Margreth Olin’s The Angel / Engelen, a heavy-duty drama about how child abuse and neglect eventually leads to an adult life of self-abuse and self-neglect.

Maria Bonnevie stars as Lea, a young heroin addict who gives her baby up for adoption because she realizes she will be unable to care for it. As a girl, Lea had seen her mother (a remarkable portrayal by Swedish actress Gunilla Röör) be repeatedly beaten by her alcoholic second husband (capable Finnish film veteran Antti Reini).

The Angel is unrelentingly bleak – not necessarily in terms of lighting, but definitely in its handling of the various dysfunctional characters. That’s not exactly up the Academy voters’ alley, but the performances are generally solid. Had The Angel been an English-language production, Röör and Reini might have had a chance in the acting categories.