Gays & Conversion Therapy: ‘Save Me’ Q&A with Filmmaker Robert Cary 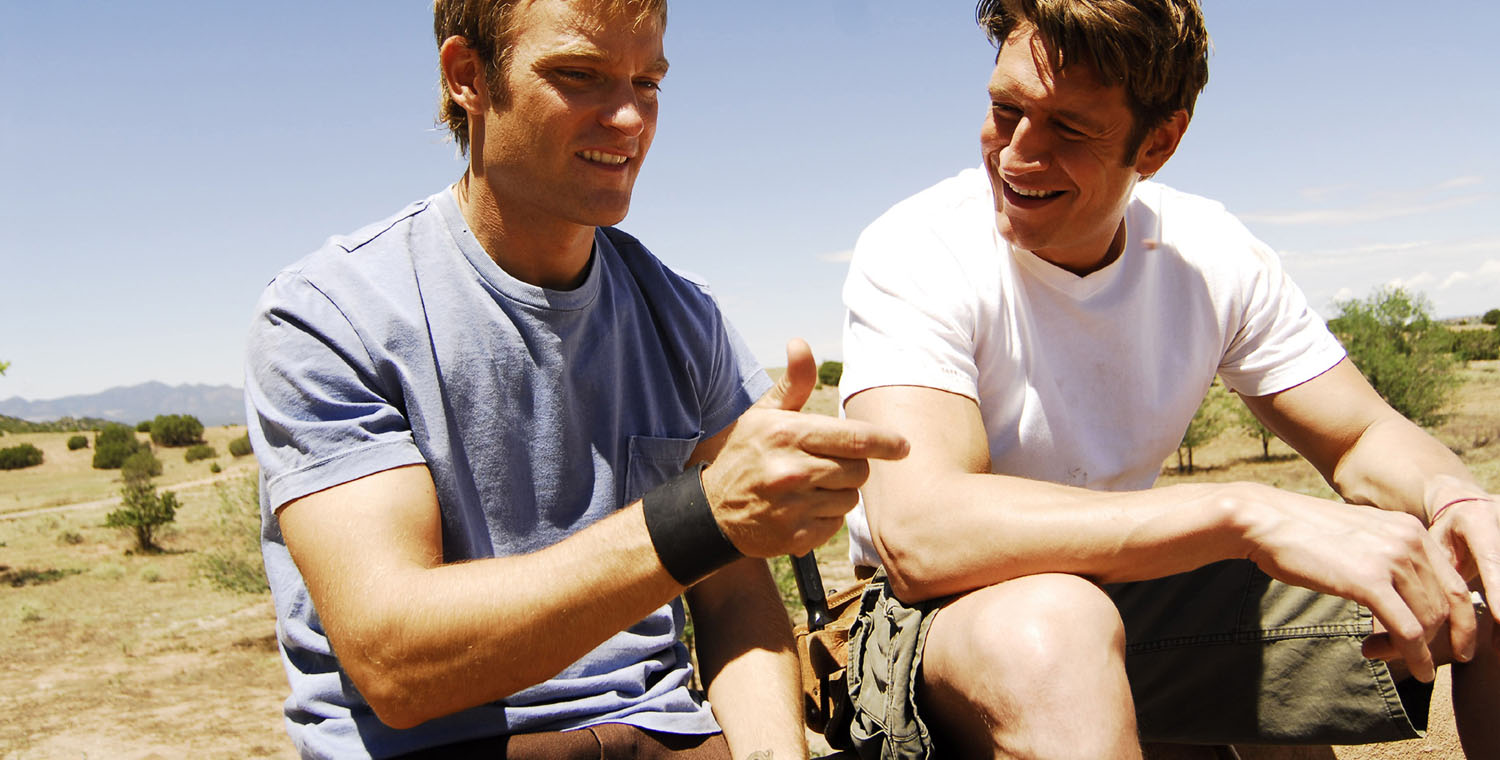 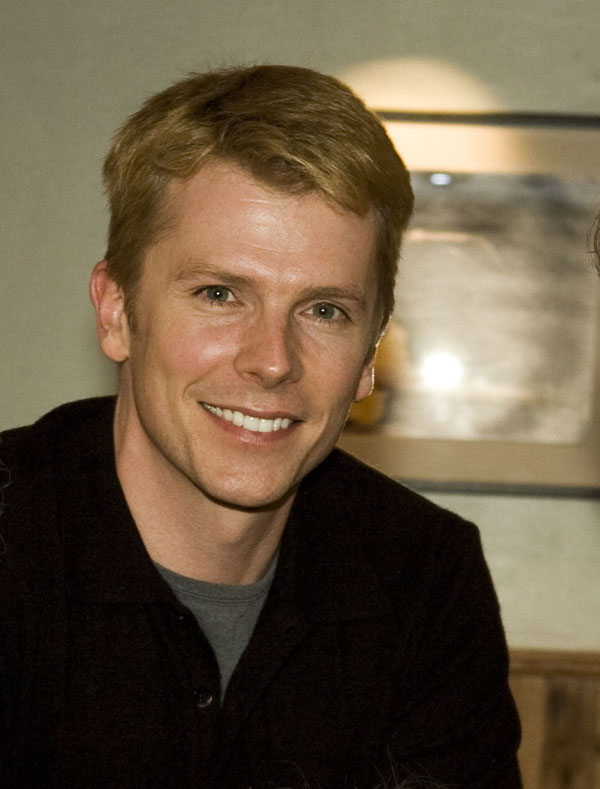 A few days ago, when I read an Associated Press report stating that US vice presidential candidate Sarah Palin’s church “is promoting a conference that promises to convert gays into heterosexuals through the power of prayer,” I immediately thought of Save Me.

Directed by Robert Cary (right) from a screenplay by Robert Desiderio, Save Me, which opens in Los Angeles on Friday, September 19, chronicles the inner awakening of three characters at Genesis House, a Christian retreat in New Mexico where gay men undergo something called “conversion therapy” – a treatment that is supposed to cure gay men of their “affliction.” (“Pray away the gay,” some call it.)

Indeed, there’s lots of healing taking place at Genesis, though not exactly the way the Genesis founders – husband and wife Ted (Stephen Lang) and Gayle (Judith Light) – had intended. Gayle, for one, must come to terms with the death of her gay son; Mark (Chad Allen) has to get over his self-destructive lifestyle; and Scott (Robert Gant) has to forge an identity for himself away from (bigoted) family pressure. Ah, and inevitably, romance blooms.

What impressed me the most about Save Me – an approach that reminded me of David Lewis’ little-seen but beautifully made Rock Haven – was how Gayle is depicted in the film. What could have come across as a vicious, self-righteous Christian bigot is instead portrayed as an emotionally scarred individual doing her best to come to terms with feelings of guilt and inadequacy – much like just about everyone else in the film and quite possibly in life, as well. 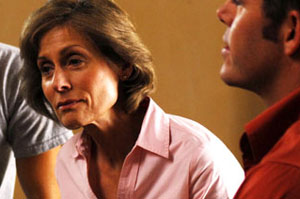 Curiously, even though I abhor what people like Gayle stand for – and those people, however “well-intentioned,” are dangerous – I found her not only the most interesting character in Save Me but also the one for whom I felt the most empathy. Now, I must add that the filmmakers’ compassionate handling of the character is immensely helped by Judith Light’s extraordinary performance. Light’s final monologue alone should be more than enough to earn her an Academy Award nomination – if there’s any cinematic justice out there. Indeed, Light is so good that her conversion therapist actually choked me up a couple of times, and I even found myself thinking that the old – and wise – proverb “the road to hell is paved with good intentions” didn’t quite apply to her.

Director Robert Cary has kindly agreed to answer a few questions via e-mail about his Save Me experiences. See below.

More upcoming Save Me playdates across the United States can be found here. 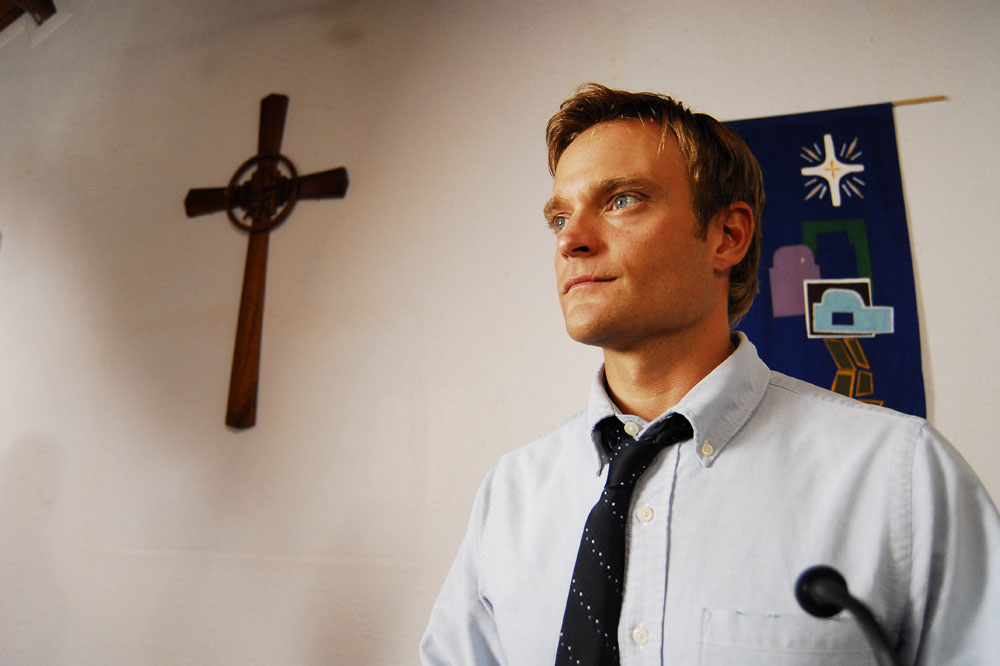 First of all, how did you get involved in Save Me? And what attracted you to the project?

Judith Light was in my previous film Ira and Abby, and was both brilliant and a joy to work with. She’d been involved as a producer with Save Me for a number of years, and she and her manager, Herb Hamsher, who also produced Save Me, asked me to direct about three months before we’d started shooting. I jumped at the chance to work with Judith in a larger role than the one she’d had in Ira and Abby, and I thought the material was very intriguing. 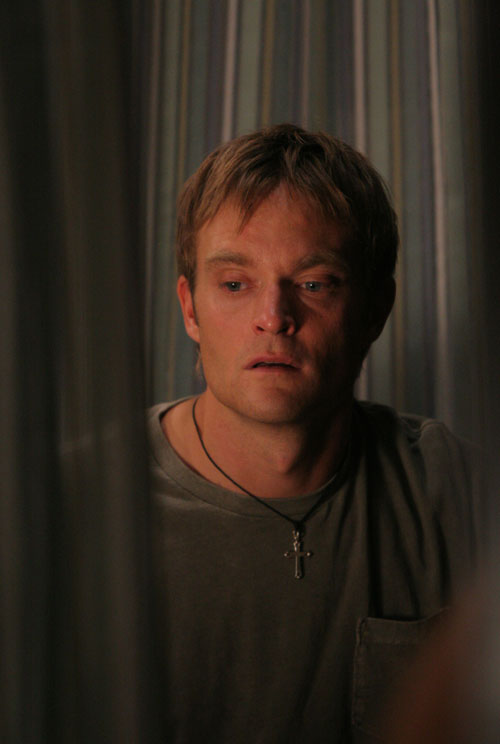 Craig Chester and Alan Hines are credited for the story; Robert Desiderio for the final screenplay. Did the original Save Me screenplay closely resemble the final product – or…? And were the film’s characters inspired by real-life individuals?

Craig’s original draft was a comedy and it evolved into a drama over several successive drafts (and many years); Robert was already on board when I signed on to direct, and in addition to his own major contributions, he used elements of previous drafts to shape the story arc and hone the characters in order to arrive at the shooting script. I don’t believe any specific individuals were the basis for the characters in the film, but many elements of their stories are reflected in the experiences of people who have attended conversion therapy.

Chad Allen, Robert Gant, and Judith Light are both the film’s stars and three of its producers. What was it like directing them? And how did they get involved in the project?

They are all consummate professionals and it was a pleasure. Directing actor/producers is always tricky, especially when the actor in question doesn’t really know how to hang up his or her producer hat before arriving on set, but in the case of these three they all came to work ready to act – and act only; producing concerns were all addressed before and after their work on camera was shot out.

Again, Chad and Robert and Judith came aboard many years before I did, so I don’t think I could accurately tell the history of their involvement, though I can say that the film (as with most indies) was a labor of love for all of them, and very rewarding on a level beyond what they might have felt had they been brought aboard solely as actors. 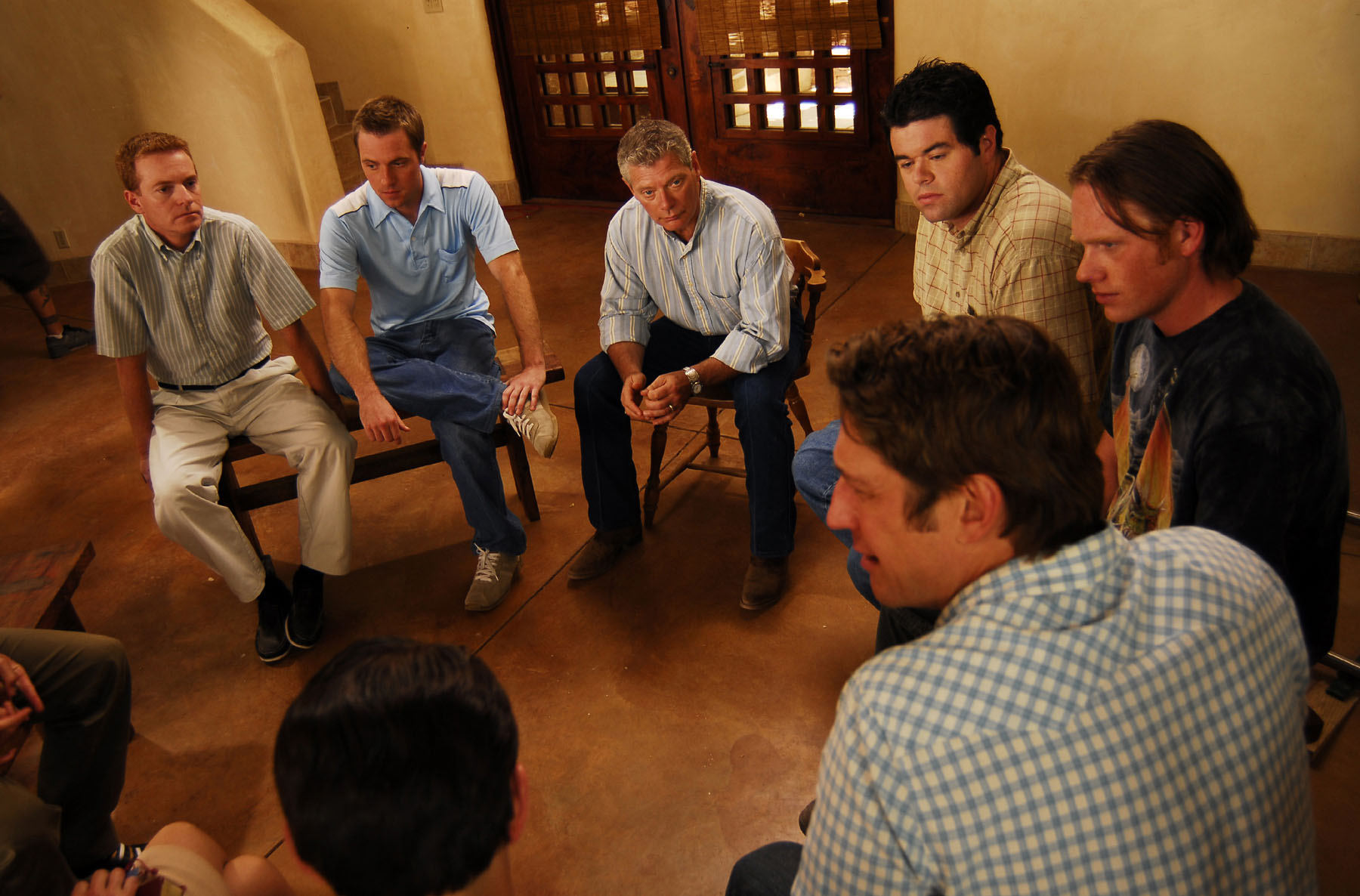 I have an ardently Catholic friend who has considered joining a Christian group that would help him “get over” his same-sex desires. Did you and/or the screenwriters talk to some of those men and women who have tried to “heterosexualize” themselves? Also, did research for Save Me involve talking with those people who honestly believe in conversion therapy?

Yes, several people who had been involved in conversion therapy were consulted, and they certainly believed it would work at one time in their lives. It was very important to me to have the depiction of the fundamentalists in the film be compassionate – not merely to be politically even-handed, but to remain narratively engaging. I didn’t want to create a film where the audience would make up its mind 10 minutes in, and then spend another hour and a half waiting for the gay people to come to the same conclusion. 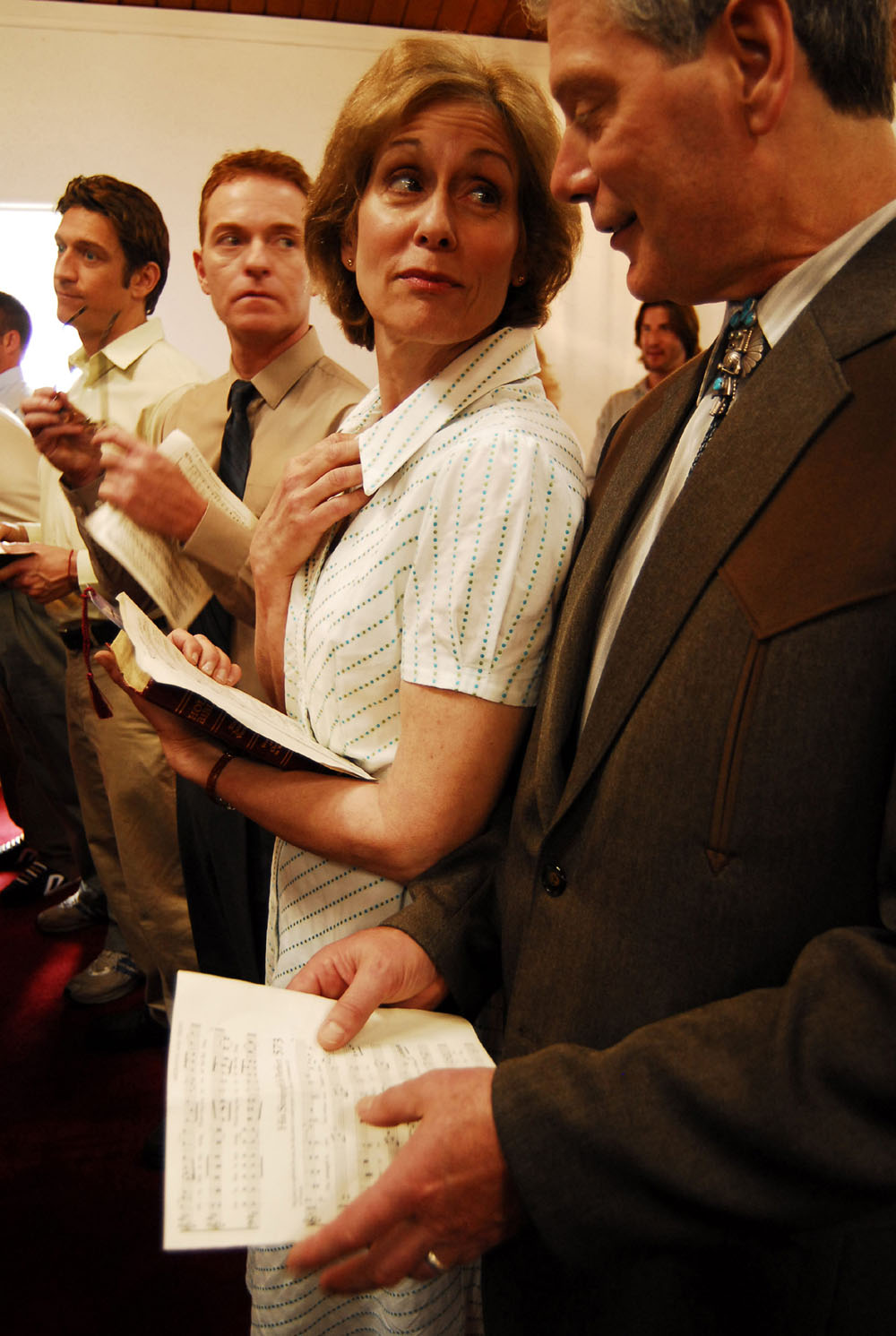 Judith Light’s character, Gayle, could have been portrayed as your stereotypically rabid Christian fanatic. Instead, she comes across as someone with whom I could fully empathize. Whose decision was it to ensure that Gayle – however misguided, and, frankly, dangerous – was depicted as a well-rounded, complex human being?

As I said above, that aspect was definitely an element of the storytelling about which I was extremely impassioned; but Gayle emerged as a more and more well-rounded and compassionately drawn character with each successive draft, so it was merely my job to make sure we went the final distance with it. (And the same applied to the character of her husband Ted, played by Stephen Lang.)

Well, it opened at Sundance, so we started non-gay. The great thing about Sundance was that we screened in Salt Lake City and thus got to have some evangelical people see it, and the response was great – they felt it was a really sensitive and engaging depiction, and it seemed to open doors to conversation that had been closed for a long time. And countless gay men have told me and the other people involved how much the film meant to them, particularly if they have religious family backgrounds; they often say, “Oh, I really would love my aunt (or mom or uncle or sister) to see this.”

And finally, after Save Me was completed and screened at festivals, did you or the screenwriters hear from Exodus or any other of those conversion-therapy organizations?

Not yet. But again, those organizations are not mocked in this film. I’d love to be contacted, and maybe that will happen now that we’re in national release. I’d really be curious to know what they have to say about Save Me.