Scarlett Johansson at the Oscars

Looking great in a long purple dress, Scarlett Johansson displays her tight-fitting costume and bare back at the 83rd Academy Awards held on Feb. 27 at the Kodak Theatre in Hollywood.

Oscar 2011 co-host and Best Actor nominee James Franco (for Danny Boyle’s 127 Hours) thus introduced Johansson and fellow Oscar presenter Matthew McConaughey: “I am six degrees of Kevin Bacon away from our next two presenters. Figure it out on the Internet.”

Some have remarked that Franco was a more effective Oscar host online, where he tweeted some of the evening’s to-dos, than on the stage of the Kodak Theatre. His fellow equally panned Oscarcast host was actress Anne Hathaway.

Scarlett Johansson has been featured in more than 40 films since her debut at age 10 in Rob Reiner’s North, back in 1994. Johansson, in fact, is one of the relatively few child performers who have gone on to enjoy successful movie careers as adults.

Titles include Robert Redford’s The Horse Whisperer (1998), with Redford and Kristin Scott Thomas; Peter Webber’s Girl with a Pearl Earring (2003), with Colin Firth; Sofia Coppola’s Lost in Translation (2003), with Bill Murray; and Paul Weitz’s In Good Company (2004), with Dennis Quaid and Topher Grace. 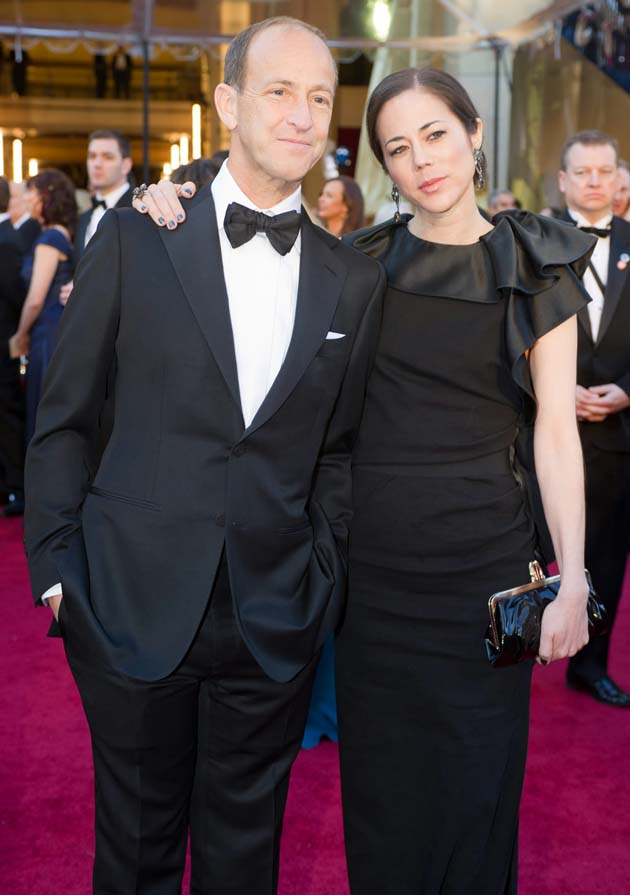 Charles Ferguson and Audrey Marrs: Oscar winners for ‘Inside Job.’

Pictured above are Inside Job director-co-producer Charles Ferguson and co-producer Audrey Marrs on the 2011 Oscars’ Red Carpet. Inside Job won the Academy Award for Best Documentary Feature.

The film takes a look at the causes behind the global economic meltdown that began in 2008, disrupting the livelihoods – and lives – of hundreds of millions of people. Greed and corruption among the moneyed elite (in addition to public apathy, stupidity, and ignorance) were the key culprits. Matt Damon is the documentary’s narrator.

Besides Charles Ferguson’s Inside Job, this year’s Best Documentary Feature nominees were the following: 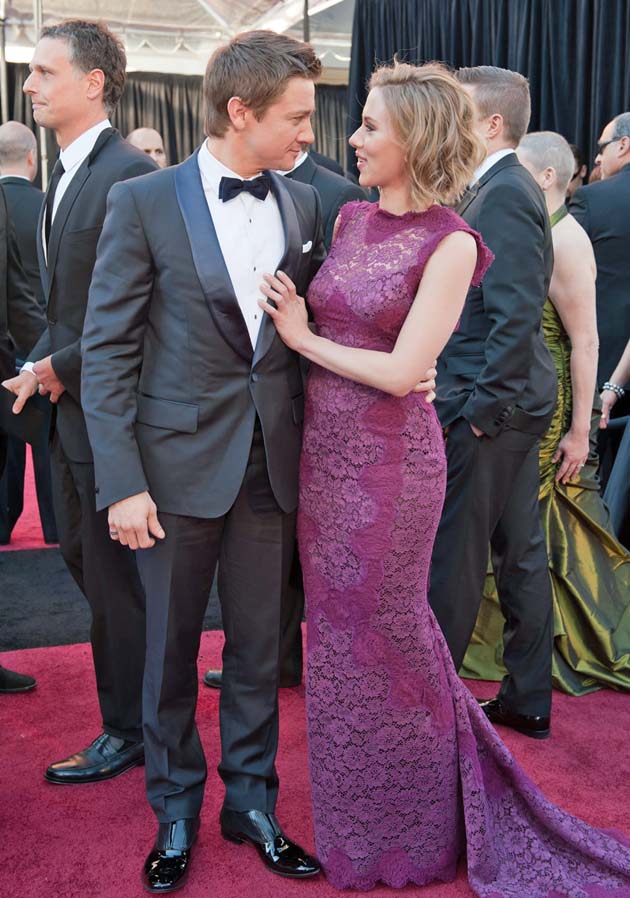 A year ago, Renner was a Best Actor Oscar nominee for Kathryn Bigelow’s Iraq War drama The Hurt Locker. He lost to Jeff Bridges in Scott Cooper’s Crazy Heart. This year, Renner lost to Christian Bale in David O. Russell’s The Fighter. 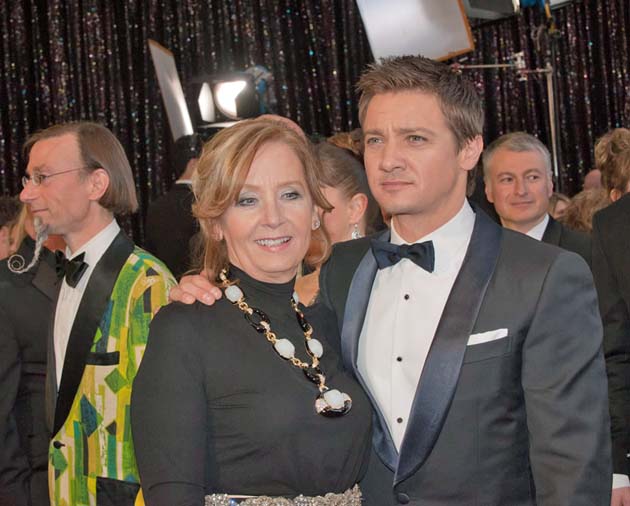 Jeremy Renner has been featured in nearly 20 movies and about a dozen television productions. 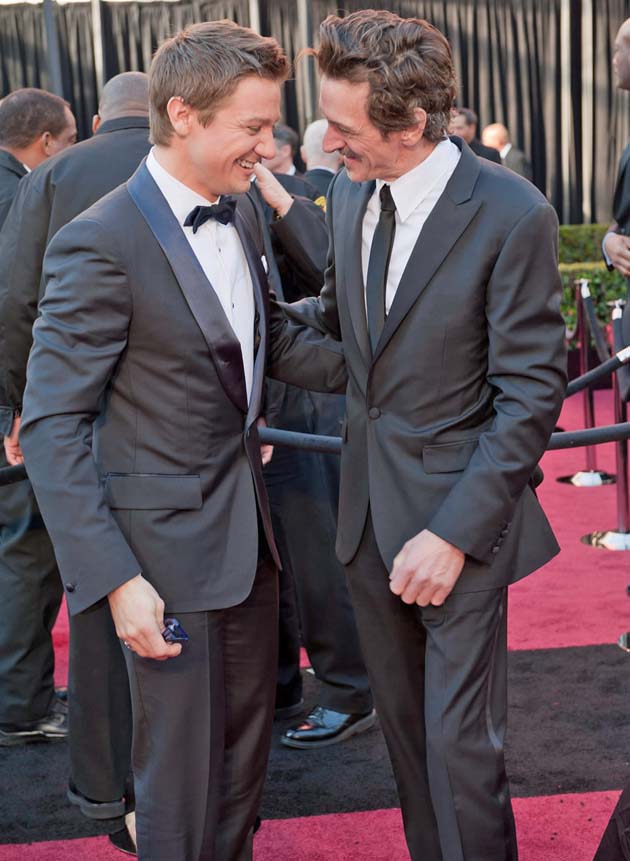 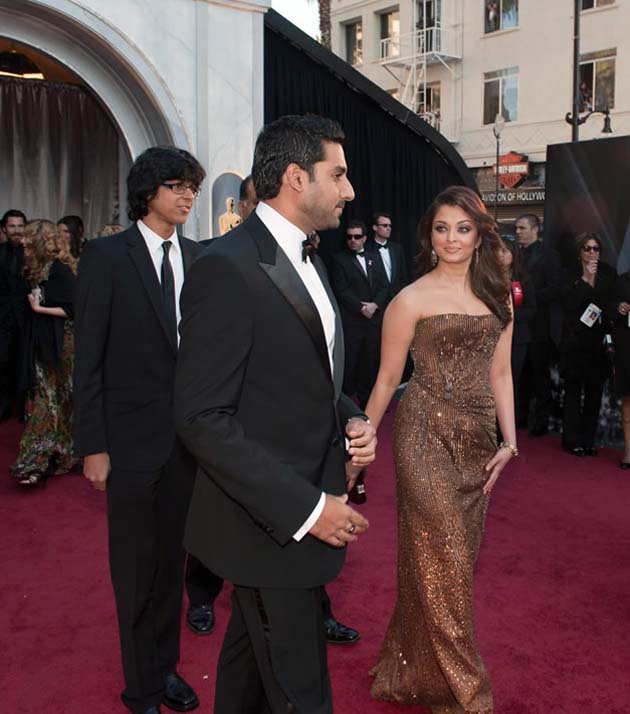 Abhishek Bachchan and Aishwarya Rai: Bollywood Royalty at the Oscars.

Pictured above are Bollywood stars Aishwarya Rai and Abhishek Bachchan arriving at the 2011 Academy Awards ceremony, which took place on Feb. 27 at the Kodak Theatre in Hollywood.

Curiously, some have complained that Slumdog Millionaire was just a less interesting rehash of higher-quality Bollywood musicals and dramas that have received relatively little play outside South Asian communities around the globe.

Aishwarya Rai and Abhishek Bachchan were married in 2007. 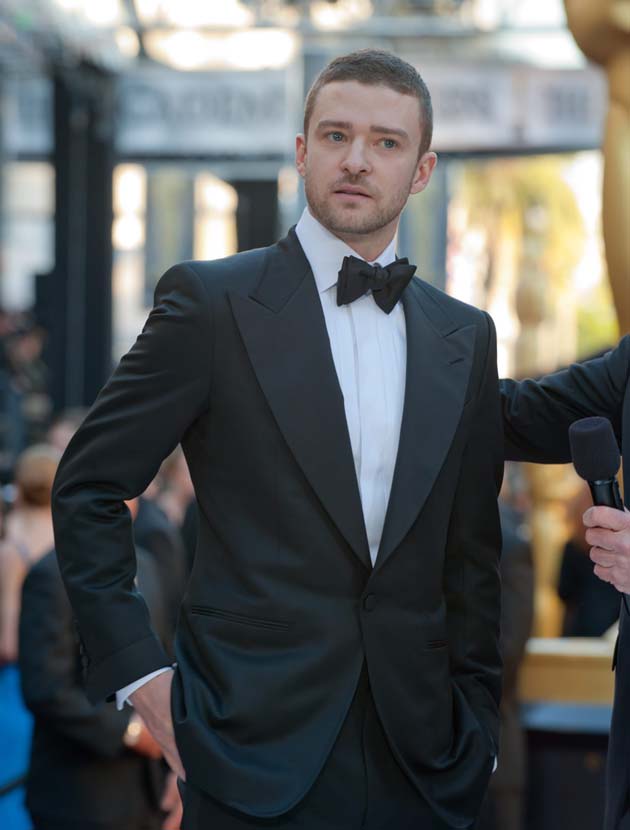 The Social Network actor Justin Timberlake is pictured above as he arrives at the 83rd Academy Awards, which took place on Sunday, Feb. 27, at the Kodak Theatre in Hollywood.

At the ceremony, Timberlake and Black Swan actress Mila Kunis introduced the nominees – and eventual winners – in the animation categories. Throughout the proceedings, he pretended to be the elusive Banksy, whose Exit Through the Gift Shop was a Best Documentary Feature contender.

The joke fell mostly flat, but Timberlake actually elicited some laughs when he imitated three-time Oscar-nominated veteran Kirk Douglas,[1] who mercilessly stretched the Best Supporting Actress announcement into what seemed like hours. Admittedly, Douglas was funny. (The winner in that particular category turned out to be Melissa Leo for David O. Russell’s The Fighter.)

And not coincidentally, in a few months Oscar presenters Timberlake and Kunis will be seen together in Will Gluck’s romantic comedy Friends with Benefits.

Formerly known as a member of the hugely popular boy band NSYNC, Justin Timberlake has been quite busy on the big screen. Titles include Richard Kelly’s Southland Tales (2006), with Seann William Scott and Lou Taylor Pucci; David Fincher’s acclaimed The Social Network (2010), with Jesse Eisenberg and Andrew Garfield; Eric Brevig’s critical and box office dud Yogi Bear (2010), in which Timberlake provides the voice for Boo-Boo.

[1] Kirk Douglas’ Best Actor Oscar nominations were for Mark Robson’s Champion, 1949; Vincente Minnelli’s The Bad and the Beautiful, 1952; and Minnelli’s Lust for Life, 1956.

Douglas lost to, respectively, Broderick Crawford in All the King’s Men, Gary Cooper in High Noon, and Yul Brynner in The King and I. 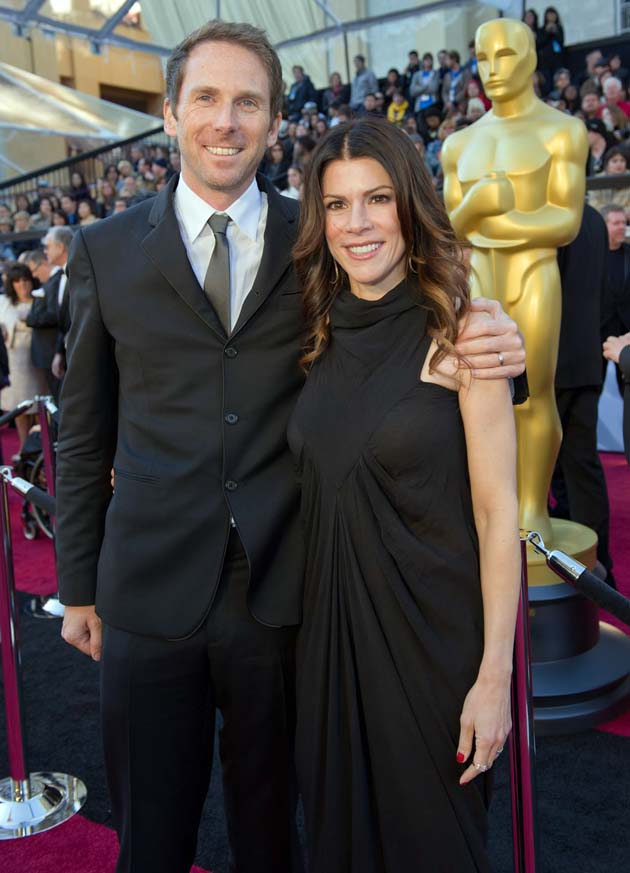 Pictured above is film editor Kirk Baxter arriving with a guest at the 83rd Academy Awards.

Kirk Baxter and Angus Wall shared the 2011 Best Film Editing Oscar for their work on The Social Network – until fairly recently the odds-on favorite in the Best Picture category.

As it turned out, Tom Hooper’s The King’s Speech walked away with that particular Oscar. 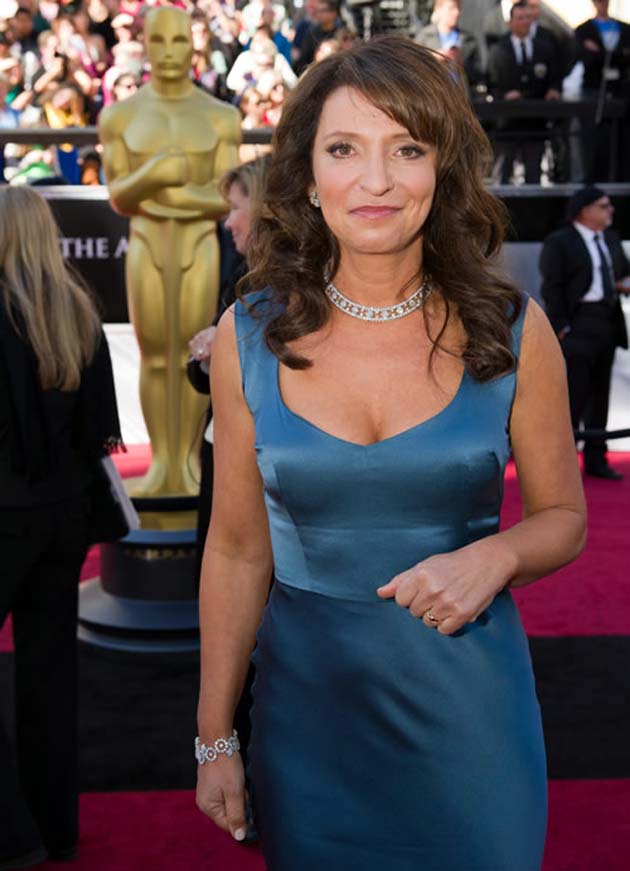 Susanne Bier, whose In a Better World won the 2011 Best Foreign Language Film Oscar, is seen above on the 83rd Academy Awards’ Red Carpet, just outside the Kodak Theatre.

The other 2011 Oscar nominees in the Best Foreign Language Film category were:

As in previous years, several international favorites were left out of the 2011 Best Foreign Language Film Oscar competition. Among these were the following:

Prior to In a Better World, Susanne Bier’s After the Wedding / Efter brylluppet, starring Mads Mikkelsen, was shortlisted for the 2006 Best Foreign Language Film Oscar. The winner that year was Florian Henckel von Donnersmarck’s The Lives of Others / Das Leben der Anderen (Germany).

Susanne Bier was only the third woman director to take home the Best Foreign Language Film Oscar. Her predecessors were:

It became a competitive category in 1956 (presented – to Federico Fellini’s La Strada– in early 1957).