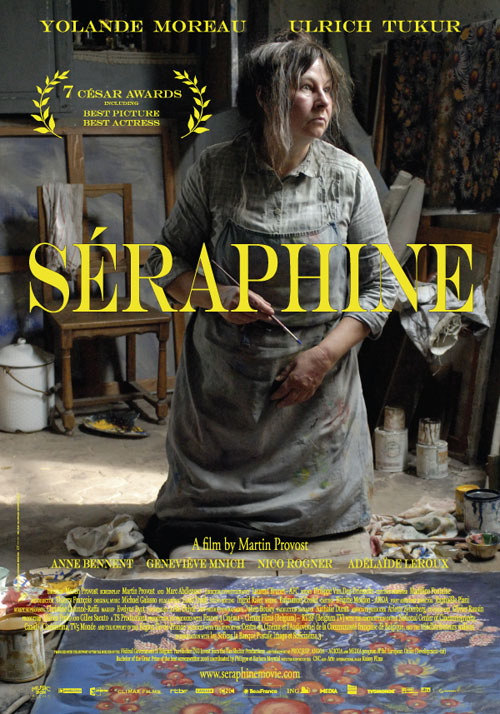 Written by Provost and Marc Abdelnour, Séraphine focuses on the artist’s relationship with avant-garde art dealer Wilhelm Uhde (played by Ulrich Tukur), who one day discovered that his cleaning lady in the town of Senlis was a masterful painter.

A sleeper hit in France, Séraphine has been met with raves on this side of the Atlantic as well. The LA Weekly‘s Scott Foundas called it “the best movie made about a painter since Maurice Pialat’s exquisite Van Gogh in 1991 — and one of the only ones that truly grasps how close artistic genius dwells to the realm of madness,” while in New York Magazine David Edelstein enthused that Séraphine is “sublime … one of the most evocative films about an artist I’ve ever seen.”

Séraphine opens today in the United States in select theaters. In Southern California, this Music Box Films release is currently playing at The Landmark in West Los Angeles, the Town Center 5 in Encino, the Playhouse 7 in Pasadena, and the South Coast Village in Santa Ana. On June 12, the film will also be playing at the Los Feliz 3 in Los Angeles.

In New York City, Séraphine is playing at the Lincoln Plaza Cinema and the Angelika Film Center.

Filmmaker Martin Provost has kindly answered a few questions (via e-mail) about Séraphine and his work with César winner Yolande Moreau and Lola winner Ulrich Tukur. (Tukur won the German Film Academy’s Lola for his performance in Florian Gallenberger’s John Rabe.) The original Provost interview was conducted in French and has been translated into English by yours truly. 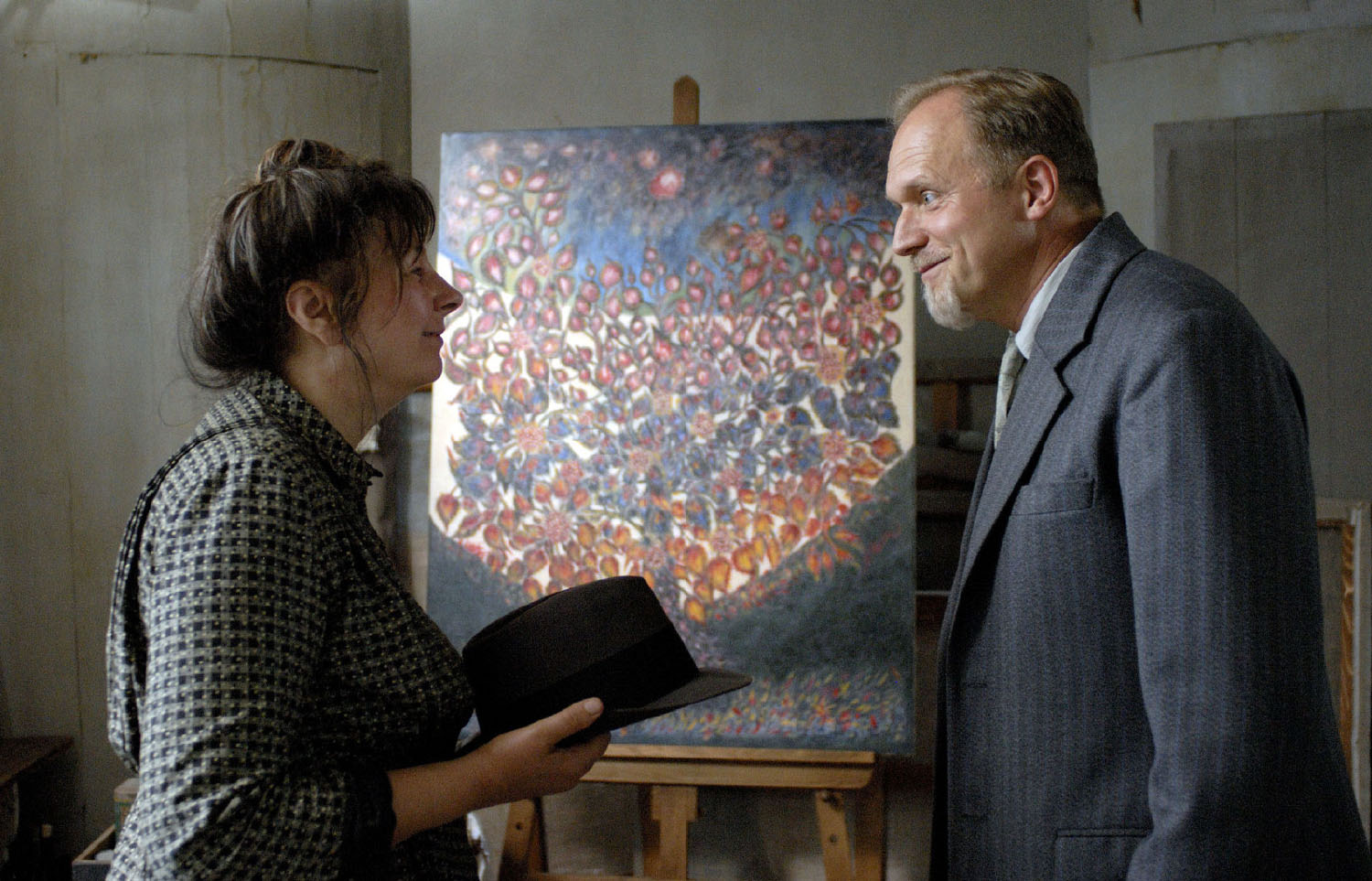 Why did you choose to make a movie about the life of Séraphine de Senlis?

What intrigued me the most when I became interested in Séraphine Louis was the fact that a mere housekeeper, at a time when social classes were kept so far apart, were so impenetrable, dared to disregard everything that was forbidden in order to do what she knew she was made to do: to paint. And the fact that she met Wilhelm Uhde, which may seem to many as a mere fateful encounter, though to me it seems more like a consequence of her own actions. If Séraphine had not upset the social codes of the time, she would never have met Uhde. Also, I dare to believe that the principles of fate are tied to the determination we have within ourselves to escape from our destiny, be it emotionally or socially inauspicious, so as to move toward a more human, more personal fate.

To me, Séraphine made a success of her life. Even if the end of her life was more than difficult, she remains a revolutionary – a woman at a time when it wasn’t good to be a woman; one who succeeded as an artist. Those like her are quite rare. And she paved the way. Right away, I had the feeling that if I were to make her live again on film, that she would speak to people, to the inner depths of each of us.

Did you and your collaborator, Marc Abdelnour, need to adapt Séraphine to Yolande Moreau – or vice versa?

Before beginning the writing process with Marc, I had already thought of Yolande for the part. I went to meet with her. As it happens, both of us live in the country – in the same countryside where we shot the film, in Vexin, about an hour from Paris. I’d say we hit it off. She comes from a stage background and so do I. We understand one another. We wrote the role for her, hearing her voice in our heads. 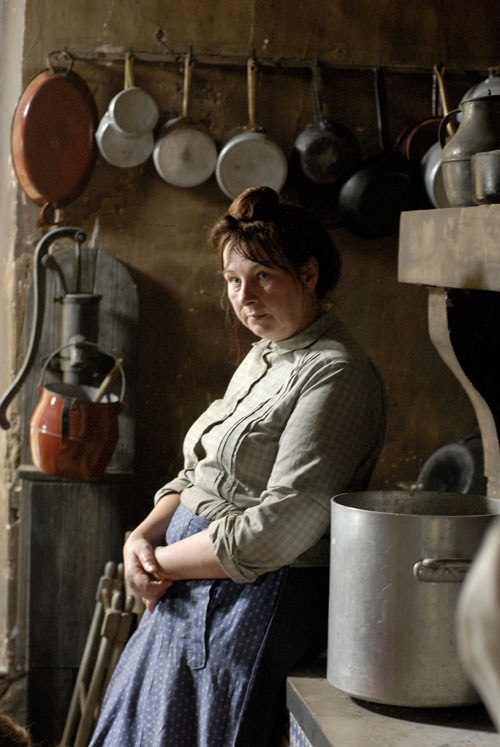 What was it like working with Yolande Moreau? What was needed to make her really get into the skin of a historical character?

For a year we got to know one another. I believe I did my best to guide her toward her own best, to something she already had within herself. And toward Séraphine as well. It’s not easy to incarnate someone who was once alive. It’s necessary to have decency and respect. I believe we shared the same vision for Séraphine. Yolande had to learn to sing, to paint; it was all a learning experience, something that made her very happy. And from the first day of shooting, we were in full accord. To me, the most important thing when directing an actor is to make the actor feel confident.

With Ulrich Tukur, our meeting was also decisive. The first time I met with him was in Brussels. Right away, I saw in him the character I was looking for. [Ulrich] belongs to the same family as Yolande. He’s a free soul. He roams the world with his troupe, he sings songs of the 1930s, plays every musical instrument. I “directed” him much more than I did Yolande. He has loads of energy and generosity. It was necessary to find the right level and tone for the character.

How was your collaboration with Marc Abdelnour? Did you write the screenplay together, or did you work separately, each with his own duties? Did you decide on a specific thematic approach before writing the screenplay, or did the cinematic life of Séraphine de Senlis develop throughout the writing process?

Initially, I wrote a first draft all by myself, from my own notes. I create cards featuring the sequences I have in mind and then I write it all down, doing my best to visualize the actual film. After that, Marc joins in the dance. He’s very good with everything that is structural, analytical. My work is based more on sensations, on intuition, on what’s visual. We are extremely complementary. It was a very beautiful collaboration.

There have been other movies about great but troubled artists, for instance, Lust for Life, Montparnasse 19, Amadeus. Did any of these films serve as inspiration for your project? Or were they lessons of things to avoid?

The two films that I showed the whole crew were Maurice Pialat’s Van Gogh, of course, and also a film that I consider a masterpiece of the genre: [the 1974 Swedish-Norwegian made-for-TV biopic] Edvard Munch, by Peter Watkins. I wanted the film to be like the image of Séraphine: simple, truthful, bare, and lived in. I tried to avoid the flamboyant and a little too precious historical reconstruction that we see a lot today, with a camera that moves in every direction while avoiding to make true choices. 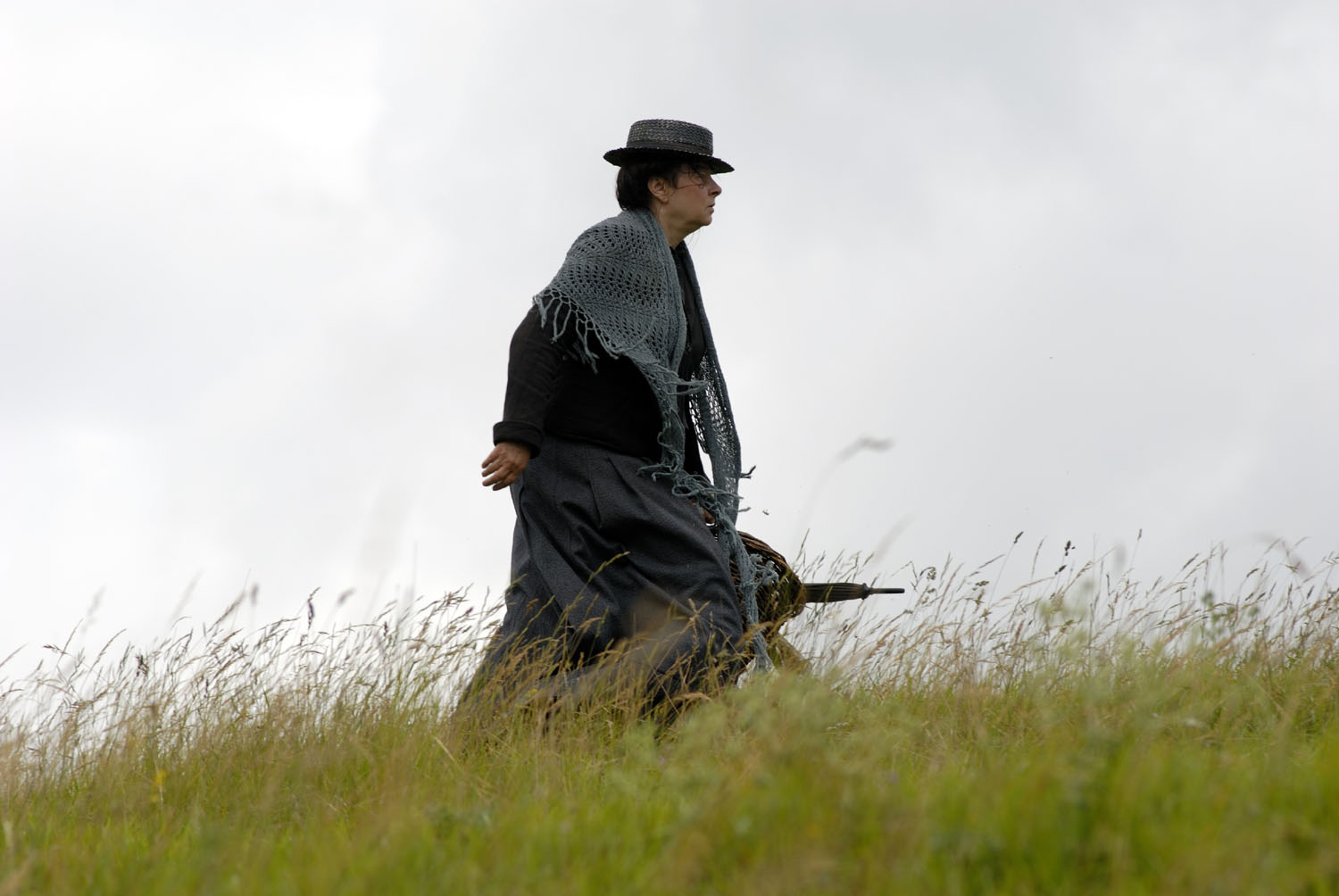 I don’t believe that we “need” to suffer in order to be a creator; one that gives justice to that title. I believe that suffering is part of the way, anyhow; it’s part of every human life – just like happiness – and to attempt to avoid it is to deny who we really are. But most of all, I believe in the happiness that comes from painting. I believe that to paint is to love. And to be a social outcast becomes a game, because it is necessary to be somewhat of an outsider to be able to depict society and for the work of art to be appreciated as such.

Séraphine presents a mystery: a poor woman, with no formal education, with psychological problems, but also with an enormous talent. In your opinion, is artistic talent something biological? A divine gift? Or …?

I believe in the divine, in something within us that would be the supreme substance which allows all of us, if we let it, to be attuned to what’s best within ourselves – be it to paint, to create music, to write, etc. But there are times in the life of a latent talent when a grandfather, a grandmother, or some other relative will influence a future choice by giving a taste of this or that artistic endeavor. And there’s also work. Talent, heredity are nothing without work.

I am 61 years old,and i see films since i was 8. To me SERAPHINE is the best film ever. Thanx SO MUCH to Martin Provost for this movie. Yolande Moreau and Ulrich Tukur are extraordinary!