If so, head to the British Film Institute’s website, where you can learn about “The Joy of Sex Education,” a look at decades of (mostly) Thou Shall Not short films admonishing (mostly) young, impressionable, and hormone-exploding minds about the hidden dangers inherent in the quest for orgasm.

As explained on the bfi site:

“Running the gamut from syphilitic soldiers in WW1 to puberty pep-talks for girls to the government’s infamous AIDS awareness campaigns, this jaunt through 90 years of sex education films aims to enlighten, entertain and, above all, encourage you to subjugate your passions for the moral health of the nation.

“Many of the early films highlight Britain’s horror at the very thought of sex and sexuality. Euphamisms [sic] abound and, if you can get away with making your point with the aid of a few birds or rabbits, why not?”

The most curious thing about these sex education film classes is the fact that in the early 21st century the same genophobia-inducing lessons remain the rule – in the U.K. and elsewhere – among religious freaks and their political counterparts.

Below are a few sex education film class suggestions – from the late 1910s to the early 1970s – as found on the BFI website:

“The Joy of Sex Education” film compilation is to be presented at London’s bfi Southbank.

From British sex education film classes to honoring the former Queen of Warner Bros.: Among the many sections of the 2008 Glasgow Film Festival (website), to be held Feb. 14–24, are Once Upon a Time in the East (as in Eastern Europe), It’s a Wonderful World (world cinema), Fright Fest, The State of Independents, and Bette Davis, whose centennial is being celebrated this year.

The Glasgow festival’s scheduled films include the following: 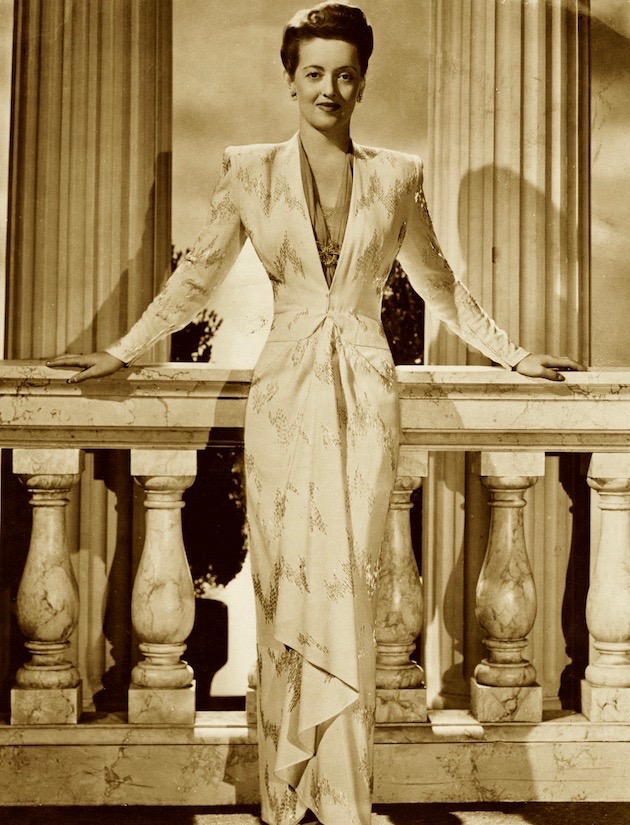 Bette Davis in Now Voyager. The Glasgow Film Festival will be presenting a Bette Davis film series in honor of the Hollywood superstar’s centennial. One of the titles included in the tribute is Irving Rapper’s 1942 romantic melodrama Now Voyager, in which Davis’ frumpy duckling turned stylish swan loves and is loved by suave Paul Henreid. The problem: he’s married and has a daughter. The solution: having attended sex education film classes at the BFI, the two lovers manage to sublimate their inner urges by smoking lots of cigarettes and blowing smoke on each other’s faces.

The Glasgow Film Festival’s Bette Davis centennial tribute, sponsored by Turner Classic Movies UK, will feature some of the Queen of Warner Bros.’ best-known movies, including several that could be incorporated into the curricula of sex education film classes:

In reference to the initial topic of this post, among the Bette Davis titles listed above, of sex education film class interest are the following:

Of note, after the 1935 ceremony write-in votes were tallied, Bette Davis (for John Cromwell’s Of Human Bondage) came in second place, trailing Claudette Colbert for Frank Capra’s It Happened One Night. 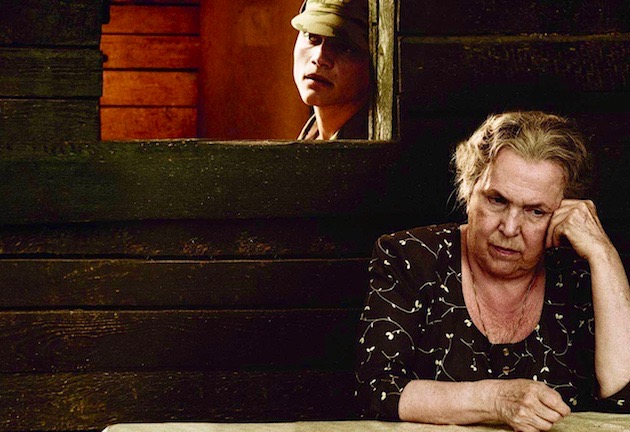 Alexandra with Galina Vishnevskaya: Russian and Soviet cinema at the Film Society of Lincoln Center. In the running for the 2007 Cannes Film Festival‘s Palme d’Or, screenwriter-director Aleksander Sokurov’s drama Alexandra follows an elderly woman (Galina Vishnevskaya) while she visits her Russian soldier grandson (Vasily Shevtsov) at his military base in Chechnya during the Second Russian-Chechen War. Russian Guild of Film Critics Best Actress winner Galina Vishnevskaya is a veteran soprano opera singer whose roles include Aida, Tosca, and Tatyana in Tchaikovsky’s Eugene Onegin. She was married to cellist Mstislav Rostropovich from 1955 to his death in 2007.

From sex education film classes & the Glasgow Film Festival’s Bette Davis centennial tribute to the evolution of Russian cinema: In other early 2008 cinema news, New York City’s Film Society of Lincoln Center will be presenting “Envisioning Russia: A Century of Filmmaking” (see full schedule further below) from Jan. 25–Feb. 24. Immediately below is a brief introduction to the movie series, from the Film Society’s website:

“Although early film shows took place in Russia soon after the invention of cinema (Maxim Gorky’s book In the Kingdom of Shadows, published July 4, 1896, is one of the most beautiful early descriptions of cinema), continuous, serious film production was not established in Russia, until 1908. Thus, the Russian Ministry of Culture has designated 2008 as the centenary of Russian Cinema.

“We could have devoted an entire year’s programming to the occasion and still merely have scratched the surface of this most innovative, contradictory and always provocative cinema. Together with our partner, Seagull Films, we focus on the work of Mosfilm, the largest and most productive film studio during the Soviet era, which remains Russia’s most important film institution even today.

“At its height, Mosfilm was the USSR’s Hollywood, hosting the most popular stars, creating the most lavish productions and generally setting the pace for the rest of Soviet cinema. Eisenstein, Romm, Tarkovsky, Konchalovsky and Shepitko all created masterpieces there, while the extraordinary range of Soviet production was on full display.”

“Envisioning Russia” Special Series Pass ($40 for the public, $30 for Film Society members; limited availability) admits one person to five titles in the series except for the screening of Aleksandr Sokurov’s Alexandra at 7:15 p.m. on Saturday, Jan. 26. The pass is available for purchase (cash only) at the Walter Reade Theater box office.

More information about the “Envisioning Russia” films and schedule is available at the Film Society of Lincoln Center website.

Dear Mark
We’re producing a programme for UK broadcaster five on the history of Sex Educational/Instructional programmes. Would love to hear about the films in your presentation. Please get in touch. Thanks. Kate

The “Joy of Sex Education” sounds fascinating. I have done a similar presentation with American films. I would love to share our films and experiences. They sound very similar. The notion of sex being pleasurable did not surface in sex education film until around 1970.