The top winner at the 2009 Sundance Film Festival was Grand Jury and Audience U.S. Dramatic pick Push: Based on a Novel by Sapphire*. Directed by Lee Daniels and adapted by Geoffrey Fletcher (using the pseudonym “Damien Paul”), the sexual abuse family drama follows an overweight, pregnant Harlem teenager struggling to keep afloat in a world ruled by her tyrannical mother.

* Push: Based on a Novel by Sapphire has been renamed Precious: Based on the Novel ‘Push’ by Sapphire, or more simply, Precious. The initial lengthy title was supposed to have helped avoid confusion between Lee Daniels’ sexual abuse family drama and Paul McGuigan’s sci-fi thriller Push, starring Chris Evans, Dakota Fanning, and Camilla Belle.

Not every Sundance 2009 winner has as heavy a theme as Lee Daniels’ sexual abuse drama – though some sure do. Here are a few more titles:

From Sundance to Utah’s other early-year film festival: Directed by Mo Perkins from a screenplay by Perkins, Mary Elizabeth Ellis, and Cy Carter, A Quiet Little Marriage was the Grand Jury Award winner at the 2009 Slamdance Film Festival. Sundance’s smaller-scale rival was held between Jan. 15–23.

A Quiet Little Marriage revolves around a married woman (Ellis) who decides to have a baby while witnessing her father succumb to Alzheimer’s. Her husband (Carter), however, is none too eager to procreate. Lies and deception ensue. (It’s unclear whether the film deals with the issue of hereditary diseases.)

Now, from Utah to the Irish capital, where the Dublin Film Critics Circle announced Paul Thomas Anderson’s There Will Be Blood as the Best Film of 2008. Best Actor winner (and County Wicklow resident) Daniel Day-Lewis – last year’s Oscar winner – stars as a ruthless oil baron in early 20th-century California.

The Best Irish Film was Steve McQueen’s Hunger, about the last weeks in the life of imprisoned, hunger-striking IRA member Bobby Sands, played by Michael Fassbender.

Below is a partial list of winners at the Sundance and Slamdance film festivals, in addition to the complete choices of the Dublin Film Critics Circle and the Online Film Critics Society. The latter group went for Andrew Stanton’s animated blockbuster WALL-E.

Grand Jury Prize U.S. Dramatic: Precious / Push: Based on the Novel by Sapphire.

U.S. Dramatic: Precious / Push: Based on the Novel by Sapphire.

Best Film: There Will Be Blood.

Best Director: Paul Thomas Anderson, There Will Be Blood.

Best Actor: Daniel Day-Lewis, There Will Be Blood.

Breakthrough Performance: Lina Leandersson, Let the Right One In.

Breakthrough Filmmaker: Tomas Alfredson, Let the Right One In. 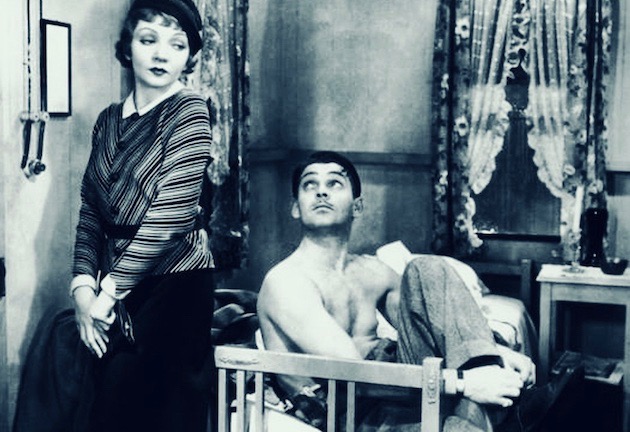 Clark Gable in It Happened One Night with Claudette Colbert. The first movie to win “the top five” Academy Awards – Best Picture, Best Director, Best Actress, Best Actor, Best Screenplay – Columbia Pictures’ Frank Capra-directed, Robert Riskin-scripted It Happened One Night also turned out to be a major box office hit, solidifying the stardom of its two leads: Claudette Colbert, on loan from Paramount, and Clark Gable, on loan from Metro-Goldwyn-Mayer. Visitors at the “Meet the Oscars, Chicago” exhibition will be able to check out Gable’s Oscar statuette, which Steven Spielberg bought in 1996 and later donated to the Academy.

In other awards season news, for the first time Chicago will host a “Meet the Oscars” exhibition, where fans will have the chance to hold an actual Oscar statuette.

Chicago, by the way, is the only city to host a “Meet the Oscars” exhibition this year.

As per the Academy of Motion Picture Arts and Sciences’ press release, “Meet the Oscars, Chicago” will feature “a display of Oscars in various stages of completion, as they undergo their intricate, weeks-long manufacturing process. Chicago’s own R.S. Owens & Company has manufactured the statuettes each year since 1982. Six of the Oscars on display will be presented at next year’s Academy Awards ceremony.”

Also on display will be the statuette that Best Actor Clark Gable won for Frank Capra’s 1934 comedy It Happened One Night, co-starring Best Actress winner Claudette Colbert. In 1996 an anonymous buyer purchased Gable’s Oscar at auction for $607,500 and later that year returned the statuette to the Academy. The buyer in question turned out to be Steven Spielberg.

More Oscar season news: Academy spokesperson Leslie Unger has announced that this year’s Academy Award presenters will remain unannounced until the time of the Feb. 22 Oscar telecast at the Kodak Theatre at Hollywood & Highland Center. “There will be fantastic movie stars that appeal to a whole range of movie lovers and fans of our show,” Unger asserted. “We’re just not going to tell you who they all are.”

In other words, watch the Oscarcast or you may end up missing out on … Seth Rogen?

We should note that by 2009 television-ratings standards, the 2009 Golden Globes, which boasted that it would feature more stars than there are in heaven, did quite well for its Sunday evening slot – even though it was the least watched Golden Globes ceremony since NBC began broadcasting the show in the mid-1990s.

Oscar organizers surely need all the help they can get to justify their show’s exorbitant ad fees, but will keeping the presenters nameless actually spark any extra interest?

Meanwhile, across the North Atlantic, Jonathan Ross, known for the talk-show Friday Night with Jonathan Ross and reportedly the BBC’s highest-paid star, has declared that he will host the 2009 BAFTA Awards next month.

The 2009 BAFTA Awards ceremony will be held at the Royal Opera House on Sunday, Feb. 8. In the U.K., the show will be televised live by none other than the BBC.

Lastly, as previously reported on this site, Oscar 2009‘s Best Original Song nominees are Peter Gabriel and Thomas Newman’s “Down to Earth,” from Andrew Stanton’s blockbuster WALL-E; and A.R. Rahman and Guizar’s “Jai Ho” and Rahman and M.I.A.’s “O Saya,” both from Danny Boyle’s Slumdog Millionaire.

Below is the list of the 49 songs that had been in contention in that category. As per new Academy rules, a maximum of two songs could be nominated per film.

Last year, Kevin Lima’s romantic comedy-fantasy Enchanted received a total of three Oscar nominations — all of them in the Best Original Song category. The eventual winner, however, turned out to be Glen Hansard and Markéta Irglová’s “Falling Slowly,” from the Irish romantic musical Once.

So, here are the 2009 Oscars’ Best Original Song longlist, in alphabetical order by song title:

I plan to be there to hold one of those finished Oscars - and to make my acceptance speech. No fun if I can’t pretend because this will be as close as I ever get to an Oscar of my own. It will also be fun to see them in various stages of completion. We’re the hometown manufacturers and we’re just now getting to see them up close and personal? Should have happened years ago.