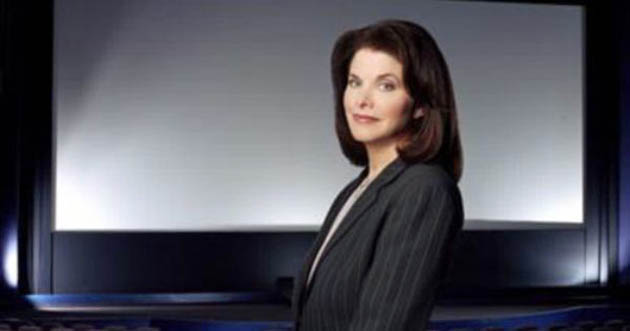 Besides Once Upon a Time in the West composer Ennio Morricone, another honoree at the 2007 Academy Awards ceremony will be former Paramount chairperson and 20th Century Fox President of Production Sherry Lansing, an advocate for cancer research who will be handed the Jean Hersholt Humanitarian Award.

During her tenure at Paramount in the 1990s, the Chicago-born (on July 31, 1944) Lansing oversaw/greenlit the production of Best Picture Oscar winners Forrest Gump (1994), Braveheart (1995), and Titanic (1997) – in addition to the highly controversial decision of allowing her husband (since 1991), William Friedkin (The French Connection, The Exorcist), to direct the 1995 thriller – and eventual critical and box office bomb – Jade.

Individual Sherry Lansing credits include, as a producer:

As an actress, Sherry Lansing was seen in the 1970 releases Loving and Rio Lobo.

Jean Hersholt. Actor seen in leads and supporting roles in more than 140 movies from the 1920s to the 1940s – e.g., Greed, The Student Prince in Old Heidelberg, Grand Hotel – also acted as Academy President (1945–1949) and helped to found the Motion Picture Relief Fund, which would evolve into the Motion Picture & Television Fund based in Woodland Hills. Created in 1956, the year of Jean Hersholt’s death, the Academy’s Jean Hersholt Humanitarian Award is supposed to honor “an individual in the motion picture industry whose humanitarian efforts have brought credit to the industry.”

The Jean Hersholt Humanitarian Award is named after the Danish-born actor (on July 12, 1886, in Copenhagen) who played leads and top supporting roles in Hollywood movies from the 1920s to the 1940s. Among them:

In the late 1930s, Jean Hersholt helped to form the Motion Picture Relief Fund, an organization to assist film industry employees in need of medical care. The Fund eventually evolved into the Motion Picture & Television Fund, located in the Los Angeles suburb of Woodland Hills.

Ten years later, Hersholt – Academy President from 1945 to 1949 – was given an Honorary Oscar “for distinguished service to the motion picture industry.”

In 1956, the same year Jean Hersholt died of cancer at age 69, the Jean Hersholt Humanitarian Award was created to honor “an individual in the motion picture industry whose humanitarian efforts have brought credit to the industry.”

Cary Grant Films: From I Was a Male War Bride to Miscast...