A few weeks ago, Shirley Jones, 79, made headlines following the publication of her book of memoirs, concisely titled Shirley Jones: A Memoir. But why the headlines? Does Shirley Jones twerk like Miley Cyrus? Nope. (And that may explain why the release of Jones’ book wasn’t selected as CNN.com’s Top Story of the Day.) So, were The Media and The People interested in Jones’ Best Supporting Actress Academy Award for Elmer Gantry, or maybe they were curious about her work in several major 1950s musicals and 1960s comedies? Are you insane? Let’s just say that the furor had something to do with sweet and innocent all-American bare breasts and three-ways. Keep that in mind next time you watch Oklahoma!. (Schedule of Shirley Jones movies on TCM further below.)

Anyhow, those who’ve read The Shirley Jones Book can now watch The Shirley Jones Movies. Perhaps it’s only a coincidence that Jones, best remembered as the matriarch in the TV series The Partridge Family, is one of the featured stars in Turner Classic Movies’ “Summer Under the Stars” series this August. Or perhaps it’s some sort of pre-planned tie-in: buy The Memoir, watch The Music Man. Either way, Aug. 28 is Shirley Jones Day on TCM.

Right now, TCM is showing writer-director Richard Brooks’ Elmer Gantry (1960), based on the first half of Sinclair Lewis’ novel about religion and its not infrequent connection to human nastiness, madness, and imbecility. So much so, in fact, that at the time of the book’s publication in the late ’20s Lewis was berated by assorted Christian leaders, with Evangelical pastor Billy Sunday calling him “Satan’s cohort.” With that sort of publicity, Elmer Gantry inevitably became a top bestseller. If only Brooks’ movie had been that lucky.

The key problem is that whereas Sinclair Lewis’ novel is daring and combative, Elmer Gantry the movie is mostly quite tame. Even so, the film has several points of interest; chief among these are its two leading ladies: Jean Simmons as the gentler, kinder Aimee Semple McPherson-ish Sister Sharon Falconer and Shirley Jones as the gorgeous sex worker who, after getting the Fear of God rammed deep into her, brings down Evangelical preacher Elmer Gantry – played by Burt Lancaster with lots of gusto and lots of teeth.

Shirley Jones: Lovely Leading Lady (with little to do)

Next comes the romantic comedy The Courtship of Eddie’s Father (1963), featuring future Oscar-winning director Ron Howard (A Beautiful Mind) as a little brat who wants to hook his Dad up with a Cool Chick. Directed by Vincente Minnelli, The Courtship of Eddie’s Father shares several key plot points with dozens of movies, from Deanna Durbin’s Three Smart Girls and Jane Powell’s Three Daring Daughters to the Lindsay Lohan version of The Parent Trap and Nora Ephron’s Sleepless in Seattle – with Glenn Ford as Tom Hanks and Shirley Jones as Meg Ryan. (Speaking of Sleepless in Seattle, Nora Ephron’s direction to Meg Ryan wouldn’t have worked had Ryan checked out Shirley Jones’ book of memoirs, which sounds like proof positive that not all Republicans are sexually repressed.)

Directed by Broadway’s Morton DaCosta (Auntie Mame), The Music Man (1962) is only for inveterate fans of the musical, as the movie version plods along seemingly forever. Robert Preston, who originated the role onstage, bursts with energy in the title role, but he’s clearly playing to the last seat in the last row in the last gallery. A major miscalculation for which DaCosta was equally responsible.

Though not exactly an instant classic, The Music Man was a major box office hit and earned a Best Picture Academy Award nomination. Back in the ’60s, such top-level Academy recognition was not uncommon for big-budget studio movies, whether or not they had been well received upon their release. Other examples include West Side Story, How the West Was Won, Cleopatra, Mutiny on the Bounty, The Sound of Music, My Fair Lady, Doctor Dolittle, The Longest Day, Anne of the Thousand Days, and Hello, Dolly!. As for Shirley Jones, she looks lovely in The Music Man.

Though not directed by Morton DaCosta, Carousel (1956) feels just as stagy as The Music Man. It’s curious that Henry King, a movie veteran with more than three decades behind the camera, would fall prey to the theatricality of the stage show. Considerably less effervescent – or rather, less overbearing – than The Music Man‘s Robert Preston, Carousel‘s Gordon MacRae is a much more pleasant screen presence. As for Shirley Jones, she looks lovely in Carousel.

Writer-director Richard Brooks, Jean Simmons, and Shirley Jones joined forces once again in The Happy Ending (1969), a psychological drama about a middle-aged married woman with alcohol and drug problems, who takes off on her own on the day of her 16th wedding anniversary. Sounds good? Unfortunately, it isn’t. Jean Simmons could be an outstanding actress, but in The Happy Ending her performance – nominated for a Best Actress Oscar – feels a tad calculated. Perhaps it hit too close to home: Simmons did eventually develop an alcohol problem during her marriage (1960-1977) to Richard Brooks.

Compounding matters, The Happy Ending veers into Higher Morals territory every now and then. For instance, a sequence featuring sex worker Bobby Darin talking about “preserving his juices” or some such is simply cringeworthy. As for Shirley Jones, she looks lovely in The Happy Ending – and is wasted in a Best Friend role that promises much more than it delivers. Equally wasted is veteran Teresa Wright as Simmons’ concerned mother.

You want a good movie about a Middle-Aged Married Woman and Mom Finding Herself? Then check out Herbert Brenon’s Dancing Mothers, starring Alice Joyce. Now, that is a drama with a “modern” feel. Released in 1926 – more than four decades before The Happy Ending. 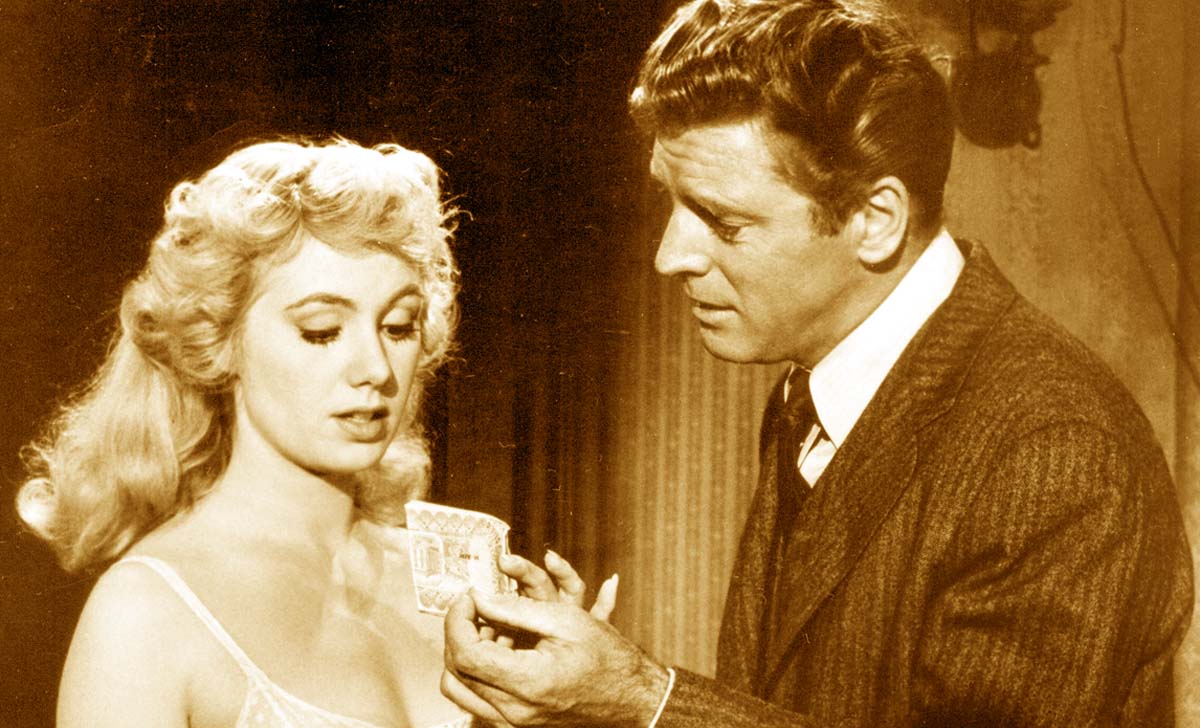 I haven’t watched The Cheyenne Social Club (1970), a comedy Western directed by Gene Kelly, and starring 62-year-old James Stewart as a cowpoke who inherits an establishment that turns out to be a popular house of prostitution. Henry Fonda plays Stewart’s partner. And I’m sure Shirley Jones, as one of the sex workers, looks lovely in the film. Hopefully, director Kelly gave this likable, talented actress the chance to do more than just stand around looking pretty.

But then again … For all purposes, The Cheyenne Social Club ended Shirley Jones’ film stardom; that same year she turned to TV and The Partridge Family. Jones would return to films only nine years later, as one of several stars (among them Michael Caine, Sally Field, Telly Savalas, and Karl Malden) in Irwin Allen’s box office and critical bomb Beyond the Poseidon Adventure. In the last three decades, she has been seen only sporadically on the big screen, almost invariably in cameos or small supporting roles in little-seen efforts.

The good news (one hopes): according to the IMDb, Shirley Jones has three movies coming out, though it’s unclear whether those will get big-screen releases or if they’ll head straight to DVD. They are the following titles: Brad Wise’s comedy A Strange Brand of Happy; John Gulager’s horror thriller Zombie Night, also featuring Daryl Hannah and Anthony Michael Hall; and John Orrichio’s musical drama Johnny Blue.

Women in Film Morphing Montage: Who Is That Face?

Burt Lancaster Movies: ‘The Leopard,’ ‘Seven Days in May’