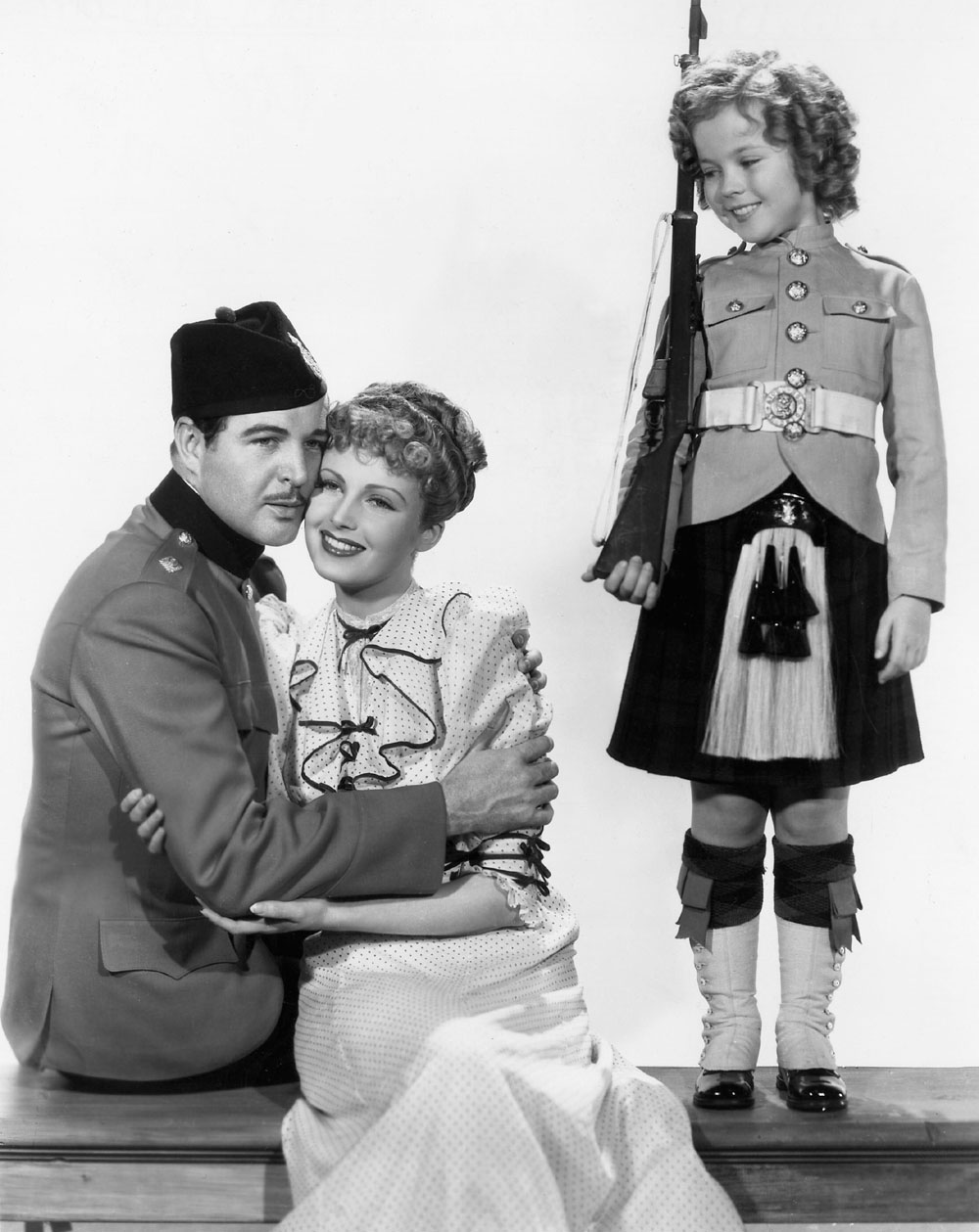 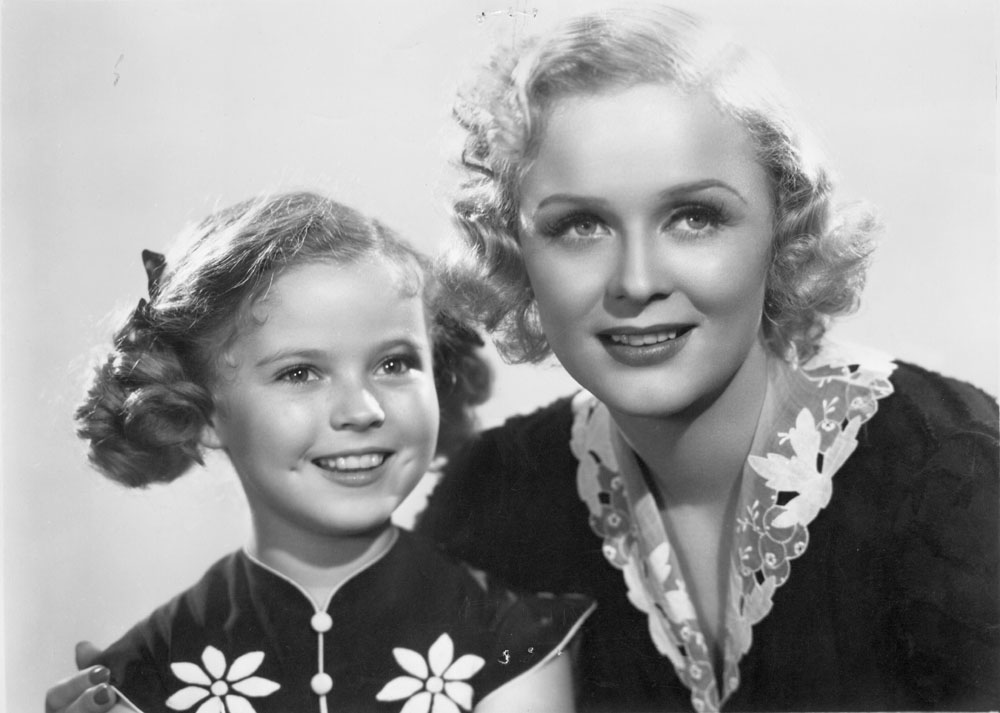 In celebration of Shirley Temple’s 80th birthday year (Temple was born in Santa Monica on April 23, 1928), the Academy of Motion Picture Arts and Sciences will present the premiere of new restorations of Wee Willie Winkie (1937) and Rebecca of Sunnybrook Farm (1938), on Friday, August 22, at 7 p.m. at the Samuel Goldwyn Theater in Beverly Hills. The films will be presented as part of the Academy’s Gold Standard screening series.

At age six, Temple – the star of Little Miss Marker, Now and Forever, and Baby Take a Bow – was given a miniature Oscar statuette, “in grateful recognition of her outstanding contribution to screen entertainment during the year 1934.”

An Oscar – however tiny – at the age of 6. Does that sound premature?

Well, according to a (really, not all that reliable) poll of US exhibitors, Shirley Temple was the biggest box office attraction of the 1930s. The Depression had sunk in for who knew how long, and people apparently wanted a little girl with curls to tap dance her way to myriad happy endings, while en route teaching all those immature adults some life lesson or other. Needless to say, I find Shirley Temple’s curls scarier than Freddy Kruger’s fingernails, and her sweet-as-syrup vehicles more disturbing than all Friday the 13th movies combined. (That said, I must red-facedly admit that I did enjoy The Blue Bird – because of Arthur C. Miller’s eye-popping color cinematography and Gale Sondergaard’s catty near-villain.)

Temple’s superstardom rapidly faded in the 1940s, when she became just one more movie teen in films such as Since You Went Away (1944), Kiss and Tell (1945), The Bachelor and the Bobby-Soxer (1947), Mr. Belvedere Goes to College (1949), and The Story of Seabiscuit (1949). Later on, the former actress – who became a staunch Republican – served as ambassador to Ghana and Czechoslovakia, and as a delegate to the United Nations.

Directed by John Ford, Wee Willie Winkie is an adaptation of a Rudyard Kipling tale set in Colonial India in which Temple plays a little girl (the WWW of the title) visiting her grandfather, a British army colonel having trouble with those invariably restless natives. Also in the cast: Gluttonous scenery-chewer Victor McLaglen (right, with Temple), Michael Whalen, June Lang, C. Aubrey Smith, Constance Collier, and none other than Cesar Romero, playing a character named Khoda Khan.

In Rebecca of Sunnybrook Farm, based on Kate Douglas Wiggin’s novel and directed by veteran Allan Dwan, Temple becomes a radio singing star, but must hide her success from her conservative aunt (shameless scene-stealer Helen Westley). Also in the cast: Randolph Scott, Jack Haley, Gloria Stuart, Phyllis Brooks, William Demarest (below, with Temple and Haley), and Bill Robinson. Rebecca of Sunnybrook Farm was restored from a nitrate fine-grain master in the Fox nitrate collection at the Academy Film Archive. (I haven’t seen the Temple film, but it doesn’t seem to have much in common with the Mary Pickford version of 1917.) 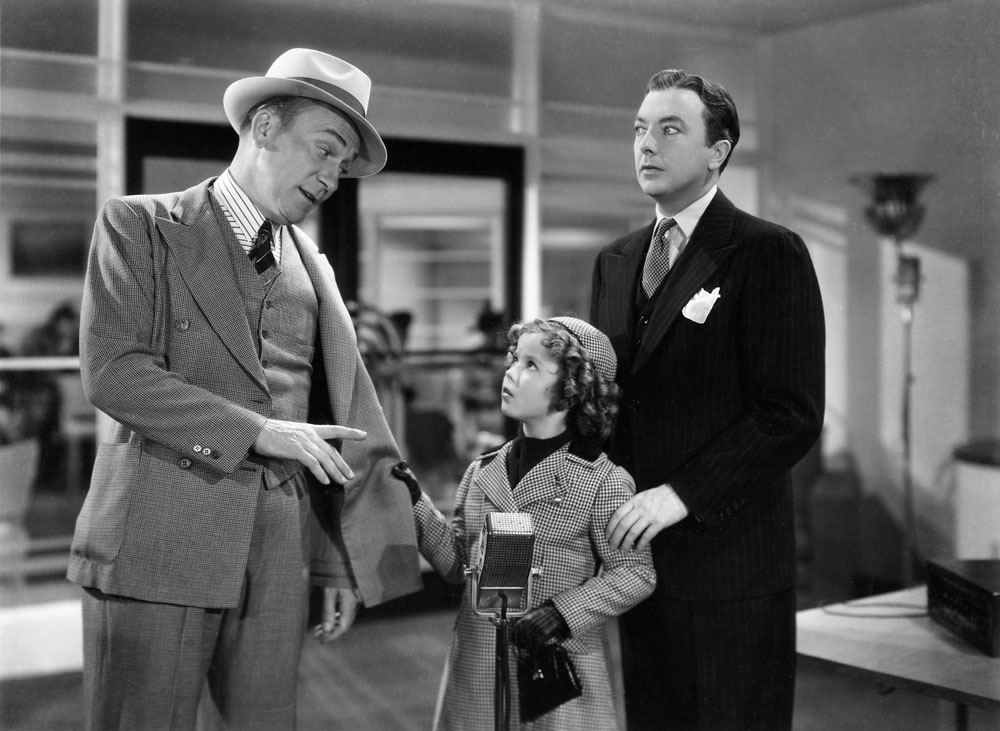 Wee Willie Winkie will begin at 7 p.m. and has a running time of 100 minutes. There will be a 10-minute intermission before the start of Rebecca of Sunnybrook Farm (80 minutes).

Tickets to the double feature are $5 for the general public and $3 for Academy members and students with a valid ID, and may be purchased online at www.oscars.org, in person at the Academy box office or by mail. Doors open at 6 p.m. The Samuel Goldwyn Theater is located at 8949 Wilshire Boulevard in Beverly Hills. All seating is unreserved. For more information, call (310) 247-3600.

Cary Grant Movies: An Affair to Remember No Credit for Blacklisted Screenwriter