It seems almost unthinkable that there are still silent film stars who have not been resurrected, their lives and movies subject to detailed, if not always reliable, examination. Yet I am reminded by Michael Levenston, a Canadian who has compiled what is best described as a “scrapbook” of her life and career, that there is one such individual – and not just a “name” in silent films but also from 1901 onwards a famed singer/actress in musical comedy and on the vaudeville stage in both her native England and the United States. And she is Kitty Gordon (1878-1974).

Kitty Gordon was a talented lady, so much so that Victor Herbert wrote the 1911 operetta The Enchantress for her; one who also had a “gimmick,” in that she was best known for having the most beautiful, perfectly formed back of any performer of her day. Publicity in the 1910s had it that this preeminent part of her body had been insured for $50,000 [approx. $950,000 in 2016] or more.

However, my purpose here is not to document Kitty Gordon’s impressive career — I leave that to Michael Levenston — but rather to discuss her only surviving film of the 22 she made between 1916 and 1919: Tinsel, discovered at the International Museum of Photography at George Eastman House.

Reviewing Tinsel on June 28, 1918, Variety wrote that “the theme is a flimsy affair, done many times before, but with little change in the angle.” The summation is basically correct in that the film’s somewhat tired plot concerns a fun-loving wife (Kitty Gordon) whose staid husband (Bradley Barker, later a voice actor who provided the original “roar” of MGM’s Leo the Lion) wins custody of their daughter following their divorce. Tinsel is not a major production, but it is more than competently made by the World Film Corporation.[1]

The tall and stately Kitty Gordon, in a subtitle described by her then ex-husband as a “tinsel doll,” seems at 39 almost too mature for a silent star. And it was certainly to her credit that she was willing to take on the role of a mother with a 17-year-old daughter (played by the then quite busy leading lady Muriel Ostriche).[2]

Not only does Kitty Gordon give a strong, understated performance, but, further, one is very much aware of the strength of her looks – as in an opening shot, when her eyes seem to smoulder along with the cigarette in her hand. Gordon’s quiet, yet dramatic, intensity reminds one very much of silent era superstar Norma Talmadge at her best.

Tinsel benefits not merely from Kitty Gordon’s presence – and, for that matter, the competent performances by Muriel Ostriche and, as her boyfriend, an incredibly young Ralph Graves (Frank Capra’s leading man in Flight and Dirigible) – but also from the direction of Oscar Apfel, someone that I have come to realize, based on each film of his that I see, is definitely worthy of more study.[3]

Apfel uses exterior scenes to advantage, particularly during a somewhat sedate car chase through the backwoods of New Jersey, ending as a bridge is closed and swung to one side to allow ships to pass through. It is remarkably well framed and well shot. 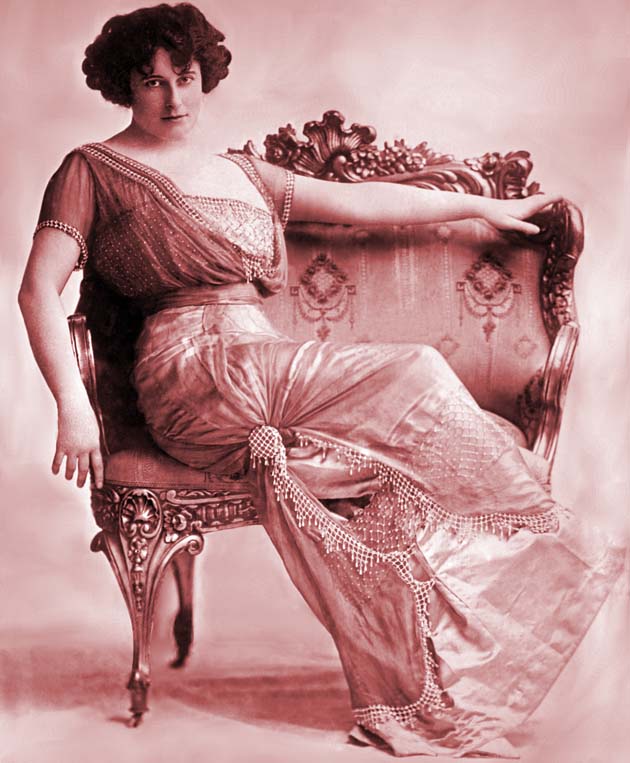 Apfel also has fun with a dinner party at which Ostriche is introduced to Gordon’s coterie of society males. It is wonderfully over the top, as Gordon releases a table-load of what appears to be pigeons, with the odd dove flung in for effect, and then makes a toast: “Champagne – the imprisoned laughter of the peasant girls of France, which wakes Spring and Joy in our hearts.”

After Tinsel is over – with mother and daughter, wife and husband all reconciled – one has two regrets. One, that we did not get even a glimpse of Kitty Gordon’s famous back. And two, that more of her films do not survive.[4]

See below, notes from the editor related to silent film star Kitty Gordon.

Ostriche was also known as the Moxie Girl, her image used to advertise the soft drink.

[3] Actor-director Oscar Apfel directing credits – about 120 in all – include the gender-bending Phil-for-Short (1919), with independent-minded Evelyn Greeley spending much of the film in male drag; the British-made adventure flick Bulldog Drummond (1922), with Carlyle Blackwell and Evelyn Greeley; and the minor adventure drama The Call of the Klondike (1926), with Gaston Glass and Dorothy Dwan.

Anthony Slide is of the opinion that Oscar Apfel’s most important film is not the 1914 Western The Squaw Man – officially the first feature film shot in Hollywood, and for which co-director Cecil B. DeMille generally gets the credit – but rather Ravished Armenia / Auction of Souls, produced in 1918, and the first feature film to discuss the Armenian Genocide.

Slide writes of that production and provides much supporting material in his 2014 book Ravished Armenia and the Story of Aurora Mardiganian (University Press of Mississippi). 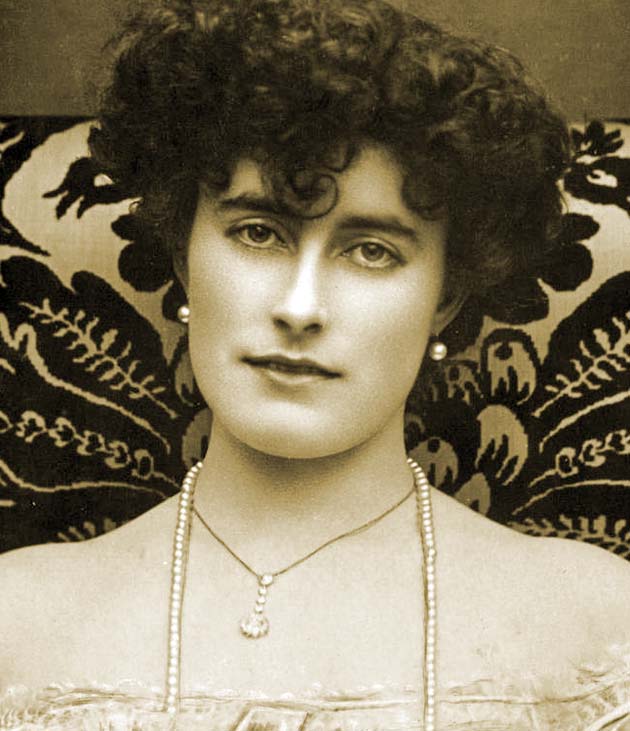 [4] Other long-forgotten movies starring silent film star Kitty Gordon – in which she seems to have played a more upscale version of Theda Bara’s characters – include the following:

It’s unclear whether or not moviegoers of the 1910s got to see the silent film star’s $50,000 back in any of these movies.

My research about Kitty Gordon is available on Amazon as an e-book.

Most valuable information on silent films and other. I’ve been studying the subject for many a decade.