Pert, pretty, pouty, and fiery-tempered Simone Simon – who died at age 94 ten years ago, on Feb. 22 – is best known for her starring role in Jacques Tourneur’s cult horror movie classic Cat People (1942). Those aware of the existence of film industries outside Hollywood will also remember Simon for her button-nosed femme fatale in Jean Renoir’s French film noirLa Bête Humaine (1938).[1]

In fact, long before Brigitte Bardot, Annette Stroyberg, Mamie Van Doren, Tuesday Weld, Ann-Margret, and Barbarella‘s Jane Fonda became known as cinema’s Sex Kittens, Simone Simon exuded feline charm – with a tad of puppy dog wistfulness – in a film career that spanned two continents and a quarter of a century. From the early ’30s to the mid-’50s, she seduced men young and old on both sides of the Atlantic – at times, with fatal results.

During that period, Simon was featured in nearly 40 movies in France, Britain, Italy, Germany, and Hollywood – where she worked at 20th Century Fox (in the mid-’30s) and RKO (in the early ’40s).

Besides Jean Renoir, in her native country she collaborated with the likes of Jacqueline Audry (The Pit of Loneliness), Max Ophüls (La Ronde and Le Plaisir), and, in a brief comeback in the early ’70s, Michel Deville (The Woman in Blue).

Additionally, Simon was seen in five films directed by Marc Allégret, whom she credited for her development as an actress and with whom she was reportedly involved in the early ’30s.

The Allégret-Simon collaborations included the highly popular romantic drama Lac aux Dames (1934), which made her a star, and Happy Days (1935) – both also featuring Jean-Pierre Aumont.

In addition to Jean-Pierre Aumont, with whom Simon was also seen in Black Eyes, among her leading men were Jean Gabin (La Bête Humaine), Herbert Marshall (Girls’ Dormitory), James Stewart (Seventh Heaven), and Don Ameche and Robert Young (both in Josette).[2]

Below and in upcoming posts, you’ll find a (not all that) brief overview of Simone Simon’s life and career.

Something else: This multi-part Simone Simon article is a fully revised and expanded version of a post originally published at the time of her death in Feb. 2005. 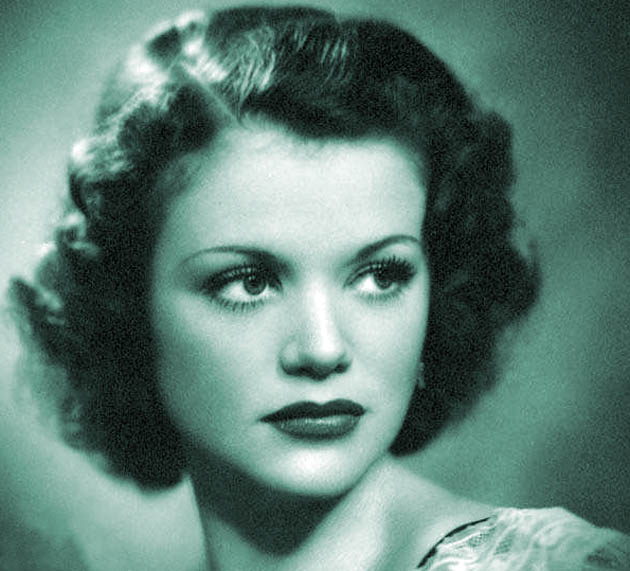 From Madagascar to the Paris stage

Simon’s place of birth is equally unclear. Some assert that she first saw the light of day in Béthune, a small town in the Pas de Calais province near the Belgian border. Others – including one fan magazine writer citing Simon herself – affirm that she was actually born in Marseille.

And that isn’t all.

Despite Simone Thérèse Fernande’s family name – Simon – if online sources are to be believed she was the only child of Jewish-French engineer Henri Louis Firmin Champmoynat and his 17-year-old stay-at-home Italian wife, Erma Maria Domenica Giorcelli.

Champmoynat is supposed to have become a pilot (at what age?) during World War II, eventually dying in a Nazi concentration camp. Erma Maria, for her part, would be rebaptized “Monique” – in American movie fan magazines, that is.

One assertion left undisputed is the young Simone Thérèse’s move with her family to Tananarive, Madagascar.

What’s less clear is when exactly the move took place (anywhere between the outbreak of World War I and 1921), and whether or not she moved with both parents to southeast Africa, or with her mother and her new husband. Either Simon’s father or her stepfather managed a graphite mine in Madagascar.

While in Tananarive, the young Simone spent much of her time romping about, but she also developed an interest in reading. By the late 1920s, she was back in France, where her interests now lay in the arts: drawing (including fashion design), sculpting, singing, and dancing.

Stories about her attending schools in Berlin, Budapest, and Turin quite possibly stem from the mind of a creative Fox publicity department employee. More plausible is the story that has her living for two years with an uncle in Lyon because of problems with her stepfather. (Her parents had clearly separated by then.)

After moving to Paris around 1930, Simon began landing modeling gigs and stage roles. She had by then decided to become an operetta star. 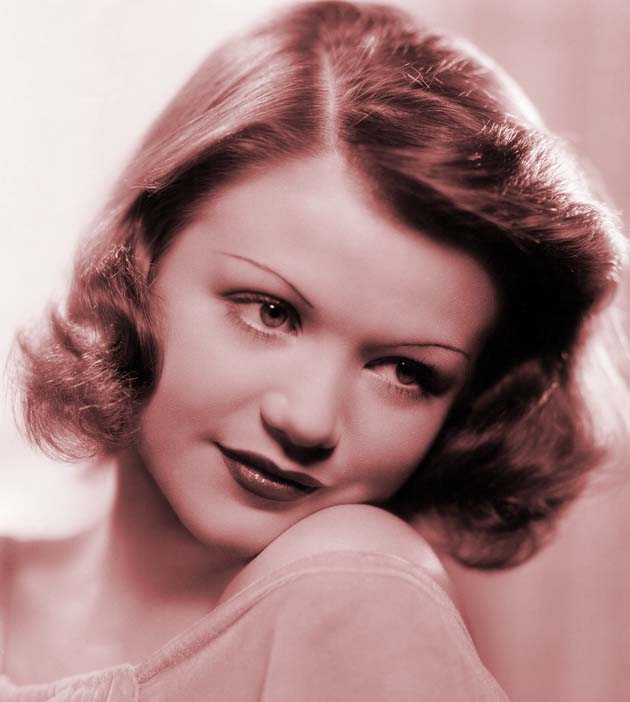 As the story goes, sometime in 1931 the 21-year-old Simone Simon was drinking coffee on the terrace of the Café de la Paix in Paris when she was spotted by exiled Russian director Viktor Tourjansky, previously associated with the Moscow Art Theater.

“You must forgive me,” Tourjansky said to the young woman – at least according to Picture Play writer William McKegg. “You are so beautiful. I am an artist. Will you …”

The slap, however imaginary, must have been effective. Tourjansky cast her in a small role in The Unknown Singer, starring operatic tenor Lucien Muratore.

By the time the director and his “discovery” were reunited for the 1935 drama Black Eyes, Simone Simon had already established herself as a well-known actress.

Fan magazine tales aside, Simon likely already had a bit of film experience prior to her encounter with Tourjansky.

After singing lessons with soprano Ninon Vallin and a small role in Léopold Marchand’s Balthazar at the Théâtre de l’Apollo, director Jean Tarride gave her a supporting part in the 20-minute, 1931 comedy short On opère sans douleur (“We Operate without Pain”).

That same year, she auditioned for 30-year-old Marc Allégret, who cast her – in another small role – in the musical comedy Mam’zelle Nitouche (1931). Unfortunately for her, most (or possibly all) of her scenes ended up on the cutting-room floor.[3]

Following her appearance in The Unknown Singer, she would be cast in a succession of mostly minor film roles. Notable among her movies of the period were:[4]

Following the Mam’zelle Nitouche fiasco, Marc Allégret was back on the scene, offering Simon a more important role in this comedy with Raimu in the lead. The stage star had recently become a big-screen draw thanks to the Alexander Korda-directed movie adaptation of Marius (1931), based on Marcel Pagnol’s stage hit.

Directed by Carmine Gallone and starring Jules Berry (pictured, with Simon) as a hotel doorman torn between two women, the musical comedy King of Hotels / Le roi des palaces was the French-language version of an Anglo-French co-production.

Simone Simon got the chance to put her operetta training to good use, delivering in a pleasantly soft voice Raoul Moretti and Serge Véber’s romantic ballad “L’amour, ça dure un jour” (“Love, It Lasts a Day”). Check it out below.

Heavily made-up and scantily dressed, Simon had a key supporting role in this French-language version – at least partly shot in Berlin – of UFA’s German-language The Star of Valencia.

Simone Simon on the Paris stage

Adding to Simon’s show business experience and (admittedly quite modest) prestige as a performer, she also kept herself busy on the Paris stage.

In October 1933, Simon was back at the Bouffes Parisiens in a production of Sacha Guitry and Reynaldo Hahn’s Ô mon bel Inconnu. And she would return the following year to star in a musical comedy by Cuban composer Moïses Simons and author / screenwriter Henri Duvernois, Toi c’est moi (“You Are Me”).[7]

In this stage hit, Simon played the sensual, free-spirited daughter of a plantation manager (René Koval) in the Antilles, singing in broken French “Moi tout faire pour te plaire” (“Me Does Everything to Please You”) and “Afin de plaire à son papa” (“To Please His Father”).

Also at the Bouffes Parisiens in 1934, she was seen as a young (and married) seductress in Albert Willemetz’s successful musical adaptation of Francis de Croisset’s comedy Le bonheur, mesdames (“Happiness, Ladies”), with songs based on the work of Henri Christiné. Simon’s co-stars were André Numes fils as her husband, and Michel Simon (no relation) and Arletty as a married couple whose happiness is about to be tested.

As a plus, movie stardom would become a reality that same year.

[1] Simone Simon is not related to symphonic metal band Epica lead singer Simone Simons. Or, for that matter, to singer-songwriter Nina Simone.

[2] If online sources, including the IMDb, are to be believed, Simone Simon also had an undetermined role in Le voleur (“The Thief”), in which Jean-Pierre Aumont becomes involved with married woman Madeleine Renaud. This 1933 release co-starring Victor Francen was directed by Maurice Tourneur, father of Cat People director Jacques Tourneur.

[3] Among other versions, Mam’zelle Nitouche a.k.a. Oh No, Mam’zelle would be remade in 1954, under the direction of Marc Allégret’s younger brother Yves Allégret. Fernandel, Pier Angeli, and Jean Debucourt were the leads.

[4] Below are the original (or alternate) titles of the Simone Simon movies mentioned in this article, in addition to her other early film appearances. The list includes directors and key cast members:

* The English-language version of King of Hotels, renamed King of the Ritz, came out in 1933. Directed by Carmine Gallone and Herbert Smith, it starred Stanley Lupino and Betty Stockfeld. Gina Malo was cast in Simone Simon’s role.

† Directed by Jean Renoir, a 1928 version of The Sad Sack / Tire au flanc featured Michel Simon and Georges Pomiès. There would be at least a couple of other versions of André Sylvane and André Mouézy-Éon’s play:

The 1957 Jerry Lewis movie The Sad Sack, based on George Baker’s comic strips, seems to have elements in common with Sylvane and Mouézy-Éon’s play. However, they’re not officially related.

‘The Star of Valencia,’ Albert Willemetz

The Star of Valencia turned out to be Oswalda’s last film role.

* Die Austernprinzessin is also known as My Lady Margarine.

Directed by Alexis Granowsky, The Adventures of King Pausole / Les aventures du roi Pausole reached French screens in 1933. Simone Simon was not part of the cast.

In 1935, Charlotte Greenwood – in Pauline Carton’s original role – starred in the English-language version of Toi c’est moi, retitled Gay Deceivers. Claire Luce – not to be confused with The Women author Claire Boothe Luce – was cast in Simone Simon’s original role.

Gay Deceivers, I should add, is not to be confused with Bruce Kessler’s 1969 comedy The Gay Deceivers, about two young men (Kevin Coughlin and Larry Casey)† pretending to be gay in order to evade the Vietnam War draft.

* Source: Grant Hayter-Menzies’ Charlotte Greenwood The Life and Career of the Comic Star of Vaudeville, Radio and Film.

Scariest Movies Ever Made

Thank you! I learned some new things about my favorite classic French movie star. She’s my Vedette. I wonder if there’ll ever be a remake of this MP!