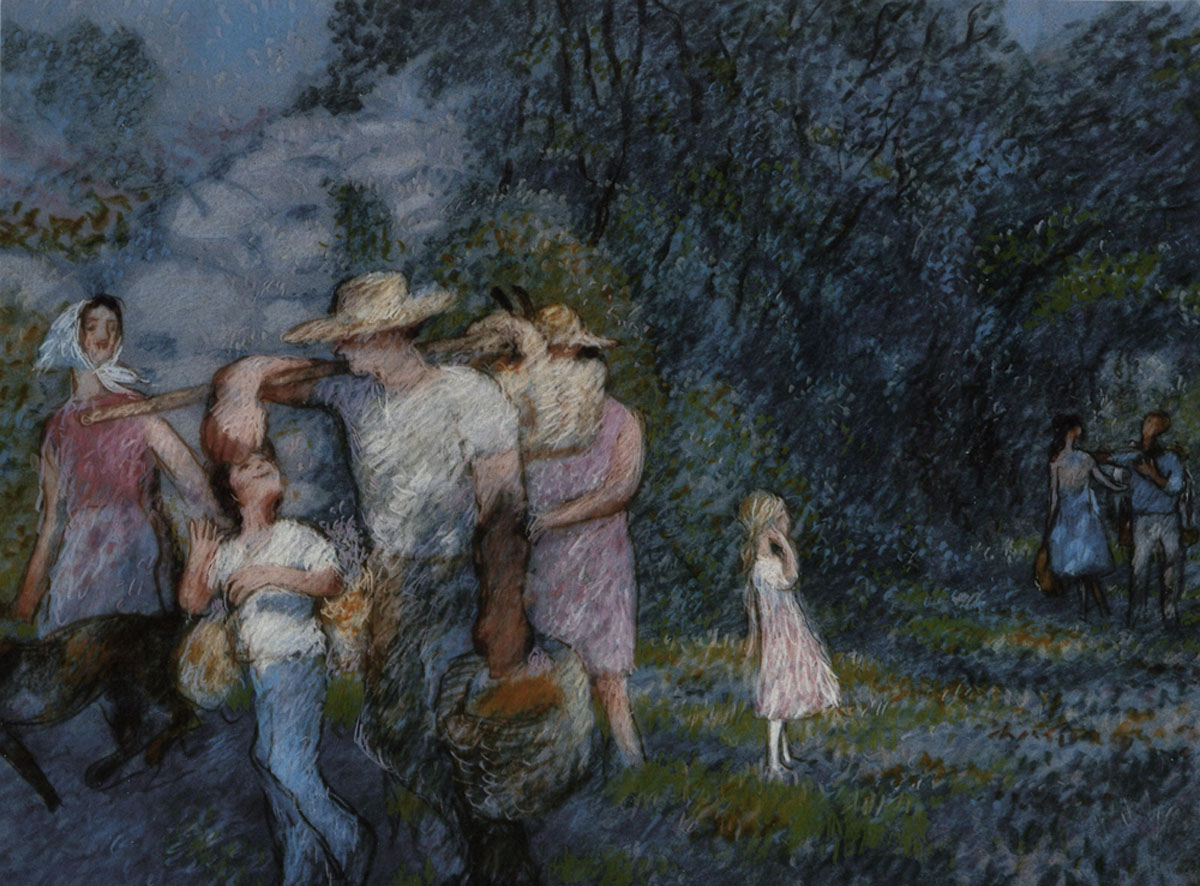 The Academy of Motion Picture Arts and Sciences will present a weekend of public events and exhibitions focusing on the art and science of animation: “The Sound behind the Image II: Now Hear This!,” “Normand Roger on The Animation Soundtrack,” and “Frederic Back: A Life’s Drawings.” The events will be held from Friday–Sunday, August 8–10, in Beverly Hills and Hollywood.

On Aug. 8, “Now Hear This!,” presented by the Academy’s Science and Technology Council, will examine the evolution of sound in animation throughout the decades. The program will begin at 7:30 p.m. at the Academy’s Samuel Goldwyn Theater in Beverly Hills. 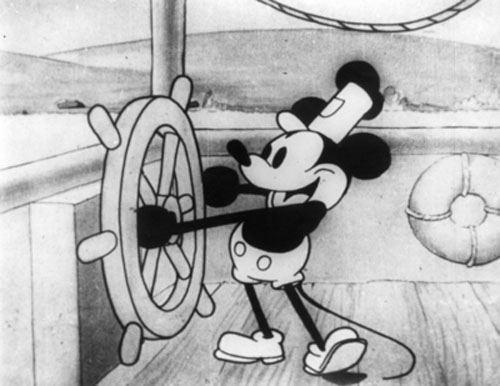 On Aug. 10, the Academy will present “Normand Roger on The Animation Soundtrack” at 7:30 p.m. at the Linwood Dunn Theater in Hollywood. Moderated by Academy Award-nominated composer Michael Giacchino (Ratatouille), the program will feature an onstage conversation with Normand Roger, who has composed scores and designed sound effects for more than 300 films. They will be joined by two-time Oscar-winning animator Frederic Back, with whom Roger collaborated on six films.

Four Oscar-winning animated short films featuring Roger’s scores and sound design work will be screened – Every Child (1979, directed by Eugene Fedorenko), Crac (1981, directed by Back), The Old Man and the Sea (1999, directed by Alexander Petrov) and Father and Daughter (2000, directed by Michael Dudok de Wit).

Also on August 10, the Academy will open a new exhibition, “Frederic Back: A Life’s Drawings” in the lobby of the Linwood Dunn Theater. The exhibition will showcase drawings, illustrations, and sketches created by Frederic Back using colored pencils on frosted cels, in addition to highlighting Back’s environmental concerns. Back won Academy Awards for both Crac (above) and The Man Who Planted Trees (top image, 1987).

“Frederic Back: A Life’s Drawings” will have special viewing hours on August 10, from 2 p.m. to 10 p.m. The exhibition will be open to the public through November 1 on Saturdays from noon to 6 p.m., and whenever Academy public programs are hosted at the Dunn Theater. Admission is free.

“Frederic Back: A Life’s Drawings” is presented with the support of the governments of Quebec and Canada, Societe Radio-Canada, Pixar Animation Studios, and SIGGRAPH.

The Academy’s ongoing summer exhibition, “Ink & Paint: The Art of Hand-Drawn Animation,” will be open throughout the weekend. Showcasing more than 125 hand-drawn works encompassing all stages of the filmmaking process, the exhibition presents paintings, drawings, sketches and cels from the 1950s through the 1990s, including examples from Alice in Wonderland, Lady and the Tramp, Sleeping Beauty, Gay Purr-ee, Pink Panther, Who Framed Roger Rabbit, The Hunchback of Notre Dame, The Iron Giant, and The Lion King.

“Ink & Paint” is presented in the Academy’s Grand Lobby Gallery, located at 8949 Wilshire Boulevard in Beverly Hills. The gallery is open Tuesday through Friday, 10 a.m. to 5 p.m., and weekends, noon to 6 p.m. Those who attend “Now Hear This!” will also be able to see the exhibition following the event. The exhibition will remain on display through Sunday, August 24. Admission is free.

Tickets to “Now Hear This!” are $5 for the general public and $3 for Academy members and students with a valid ID. The Samuel Goldwyn Theater is located at 8949 Wilshire Boulevard in Beverly Hills. For additional information, visit the Academy’s website or call (310) 247-3600.

Tickets to “Normand Roger on The Animation Soundtrack” are $5 for the general public and $3 for Academy members and students with a valid ID. Tickets are available for purchase by mail, at the Academy box office, or online at www.oscars.org. Doors open at 6:30 p.m. All seating is unreserved. The Linwood Dunn Theater is located at 1313 Vine Street in Hollywood. Free parking is available through the entrance on Homewood Avenue (one block north of Fountain Avenue).

At Truthdig, Steve Wasserman laments the apparent just-around-the-corner demise of both literary criticism and literature itself during a q&a with Ray Bradbury.

In addition to his many novels and short stories, Bradbury wrote a handful of screenplays, including a 1956 adaptation of Herman Melville’s Moby Dick, which John Huston directed in 1956, with Gregory Peck (!) as Captain Ahab. The film version turned out to be a daring but ultimately unsatisfying effort. (According to Bradbury, Huston asked him to write the screenplay “because I love dinosaurs.”)

Bradbury also wrote the story for the 1953 sci-fi flick It Came from Outer Space, while a number of films and television productions were based on his novels and short stories, including The Beast from 20,000 Fathoms (1953), The Illustrated Man (1969), The Picasso Summer (1969), and Something Wicked This Way Comes (1983), which Bradbury himself adapted for the screen.

More recently, one of Bradbury’s novels inspired Michael Moore’s title for his anti-George W. Bush documentary Fahrenheit 9/11. Fahrenheit 451 (1966), probably the best-known film adaptation of a Bradbury work, was directed by François Truffaut, and starred Oskar Werner (above, blindly obeying orders as a – quite literally – fireman; of the type that burns books) and Julie Christie. Truffaut and Jean-Louis Richard penned the adaptation.

I’m assuming that Bradbury didn’t foresee a future in which totalitarian governments wouldn’t need to resort to book burning to keep the masses in check – simply because people, in a perennial state of blissful ignorance, wouldn’t bother reading them, anyway.

Below is a snippet from the Wasserman-Bradbury interview:

Wasserman: As you’ve lived the literary culture of Los Angeles and have been one of its defining personalities – as you look back over these five or six or more decades in which you’ve been, you know, part of the very fabric of Los Angeles literary culture, what’s changed most dramatically for you, either for good or for bad?

Bradbury: Well, we don’t have the authors here that we used to have. Sixty years ago, all the major science fiction authors lived in the L.A. area, and Robert Heinlein became my friend and my teacher, and he sold my first short story for me. It went into Script Magazine. And all the other writers became my friends. Leigh Brackett was a leading science fiction writer. I used to meet her every Sunday down in Muscle Beach, and she read my terrible stories and I read her good ones. So over a period of five years of going to Muscle Beach and meeting my favorite writer, I became a writer. But that environment is no longer here. Those writers don’t exist anymore.

Annette Bening Elected to Academy’s Board of Governors

Being Julia and American Beauty actress Annette Bening, representing the Actors Branch, was the sole first-time governor elected this year for the Academy of Motion Picture Arts and Sciences’ Board of Governors. Eight incumbents were reelected, along with six others who will return to the Board after a time away. All of them will serve three-year terms.

As per the Academy’s press release, “fourteen of the Academy’s 15 branches are each represented by three governors, who may serve up to three consecutive three-year terms. Terms are staggered so that each branch elects or reelects one governor each year. The Make-Up Branch is represented by a single governor, currently Leonard Engelman, whose seat was not part of this election cycle.”

Is Hollywood ‘Anti-Christian’? Awards Season Indicates ‘Not So Much’