On Saturday, April 28, the Academy’s Science and Technology Council will launch its “Sound, Camera, Action!” series at the Linwood Dunn Theater with a screening of John Frankenheimer’s 1966 all-star racing-car melodrama Grand Prix.

“Sound, Camera, Action!” will highlight eight commercially successful films from the past four decades that have earned Academy recognition for sound. “While these films have often been singled out for their striking visuals, spectacular sequences or career-making performances,” reads the Academy’s press release, “their success owes a considerable debt to the ability of sound to augment and clarify action.”

And to make you go deaf.

The films in the series – with the exception of William Friedkin’s Academy Award-winning thriller The French Connection – are surely among the loudest ever made.

“Sound, Camera, Action!” also includes a 20th anniversary screening of Lethal Weapon – the violent thriller that, for better or for worse, turned Mel Gibson into a megastar – on Friday, May 4 at the Samuel Goldwyn Theater in Beverly Hills. A rare 70mm archival print from the original release will be screened courtesy of Warner Bros. The event will feature a panel hosted by the film’s screenwriter, Shane Black.

The complete list of screenings in the series is:

The “Sound, Camera, Action!” series will culminate on May 17 with “The Sound Behind the Image,” a program hosted by Oscar-winning sound designer Ben Burtt and 19-time Academy Award-nominated sound mixer and Academy governor Kevin O’Connell. “The Sound Behind the Image” will explore “the extraordinary impact of sound in the history of the action-adventure genre” and pay tribute to the sound design of Star Wars. A panel discussion with key members of the Star Wars sound crew will be moderated by O’Connell.

Tickets to each evening of the “Sound, Camera, Action!” series and “The Sound Behind the Image” are $5 for the general public and $3 for Academy members and students with a valid ID. Tickets may be purchased in advance, either by mail or in person at the Academy’s ticket office, located at 8949 Wilshire Boulevard in Beverly Hills.

The Linwood Dunn Theater is located at the Academy’s Pickford Center for Motion Picture Study at 1313 Vine Street, Hollywood. Doors open at 6 p.m. All seating is unreserved. Free parking is available behind the building through the entrance on Homewood Avenue.

The series first screenings, Gus & Rose: Reflections of Katrina and The Big Easy and The Anacostia: Restoring The Peoples River, will be held on April 12. Ticket prices to the monthly fundraising event range from $9.00 – $10.50 and can be purchased at Landmark Theatres or UrbanFilmSeries.com.

Schedule of Themes and Films (according to the press release):

April 12th: Environment & Family
Films: Gus and Rose: Reflections of Katrina & The Big Easy (2006) (Mid-Atlantic Premiere); The Anacostia: Restoring The Peoples River (2005)
Q&A with Anacostia Watershed Society
About: A couple reflects on their life and times in New Orleans, including the ravaging impact of hurricane Katrina and the challenges of family and rebuilding with new challenges. The Anacostia Watershed Society explores the rich history of the Anacostia River, featuring interviews and illustrations of past and present, including the planned restoration process.

May 24th: That Music
Films: Finally Sayin What I Really Mean (2006)
Q&A with Filmmaker Monique Woods
About: A music documentary featuring over 30 signed and independent artists including Anthony David, Chamillionaire, Sticman, Van Hunt, Cody ChestnuTT, Common, Saul Williams, Lalah Hathaway, Martin Luther, David Banner, Eric Roberson, Jill Scott, and others, who talk freely and openly about the music industry and how their music or image is redefined, stuffed in a box, packaged and sold. Features performances by Jill Scott, KRS-One and Omar.

June 28th: Jazz & Latin Culture
Films: Under The Radar: A Survey of Afro-Cuban Music (2005)
Q&A with Filmmaker and Legendary Jazz Musician J. Plunky Branch
About: A documentary film that introduces viewers to the history of Afro-Cuban music and samples Cubas current music scene, including tremendous footage of Cuban artists, bands and music traditions.

August 23rd: Just Say No!
Films: Meth Around (2004) (Mid-Atlantic Premiere); Crack Heads Gone Wild (2006) (Mid-Atlantic Premiere)
Q&A with Drug Addiction Experts and Filmmakers
About: Two startling and shocking documentaries going deep into the world of drug abuse and the effects it has on our families and communities. Real stories, real people, real issues, real destruction. This program is not for those with weak stomachs. Hear from persons addicted to crack cocaine about how it has destroyed their lives and see how they struggle and witness their daily routines and habits.

September 27th: Advocacy and Hope
Films: Turning A Corner (2005) (Mid-Atlantic Premiere)
Q&A with Filmmakers and Womens Issues and Awareness Groups
About: A groundbreaking public awareness and womens education project created in a media activism workshop. Over a dozen members of the Prostitution Alternatives Round Table (PART) recount their stories of survival and triumph over homelessness, violence and discrimination, giving rare insights into Chicagos sex trade industry.

October 25th: Awareness and Empowerment
Films: How Do I Look: From Fantasy to Reality (2006)(Mid-Atlantic Premiere)
Q&A with Filmmakers and Awareness/Activists Groups
About: An arts in education program, artistic empowerment and HIV/AIDS awareness documentary heavy in demand across the screening and festival circuit, capturing over 10 years of the artistic progression of the over 30-years-old Harlem “Ball” community, covering competitions at balls and showcasing the history of their talents on the runway. Think Madonna’s video “Vogue”, Truth or Dare and Paris Is Burning. 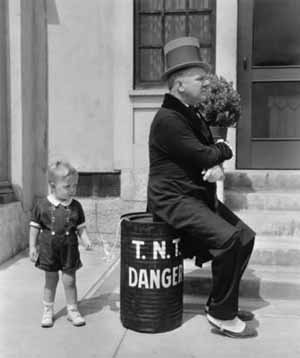 W.C. Fields’ co-stars, friends, and family members will talk about the comedian on Friday, May 11, at 7:30 p.m. at the Academy’s Samuel Goldwyn Theater in Beverly Hills. The discussion will be followed by a screening of a new print of Fields’ 1934 comedy The Old Fashioned Way. The event will be hosted by film critic Leonard Maltin, and the panel discussion will include grandson Ron Fields, historian Joe Adamson, writer Hal Kanter, and Fields’ co-stars Jean Rouverol Butler (It’s a Gift), Gloria Jean (Never Give a Sucker an Even Break), Delmar Watson (You Can’t Cheat an Honest Man), and Jane Withers (It’s a Gift).
The Old Fashioned Way was directed by William Beaudine and written by Garnett Weston and Jack Cunningham from a story by “Charles Bogle” (a Fields pseudonym). As per the Academy’s press release, the film stars Fields “as The Great McGonigle, the manager of a 19th century theatrical troupe, who secures financing for his staging of ‘The Drunkard’ by manipulating a wealthy stagestruck widow.” Also in the cast are Joe Morrison, Baby LeRoy, Judith Allen, Jan Duggan, Nora Cecil, and silent film leading man – by then reduced to bit roles – Jack Mulhall.
Following The Old Fashioned Way, ticketholders will be able to take advantage of special viewing hours for the Academy’s Fourth Floor Gallery exhibition, “The Peregrinations & Pettifoggery of W.C. Fields,” described as “a historical, biographical and geographical survey of Fields’ career that includes personal memorabilia and items never before seen outside the Fields family.” Regular viewing hours are Tuesday through Friday from 10 a.m. to 5 p.m. and Saturday and Sunday from noon to 6 p.m. This exhibition will close on Sunday, May 13.
The panel discussion and screening are presented under the banner of the Academy’s Jack Oakie Celebration of Comedy in Film. The program is named in memory of actor Jack Oakie, whose career encompassed vaudeville, Broadway musicals, and 87 motion pictures, most of them comedies or musical comedies, including Once in a Lifetime, Million Dollar Legs (with frequent co-star Fields), and It Happened Tomorrow. Oakie received an Academy Award nomination for his portrayal of a Mussolini-like head of state in Charles Chaplin’s The Great Dictator (1940).
Tickets to the W.C. Fields screening are $5 for the general public and $3 for Academy members and students with a valid ID. Doors open at 7 p.m. Seats are unreserved. The Samuel Goldwyn Theater is located at 8949 Wilshire Boulevard in Beverly Hills. Free parking is provided in the garages located at 8920 and 9025 Wilshire Boulevard. For additional information, call (310) 247-3600.
Photos: © A.M.P.A.S. 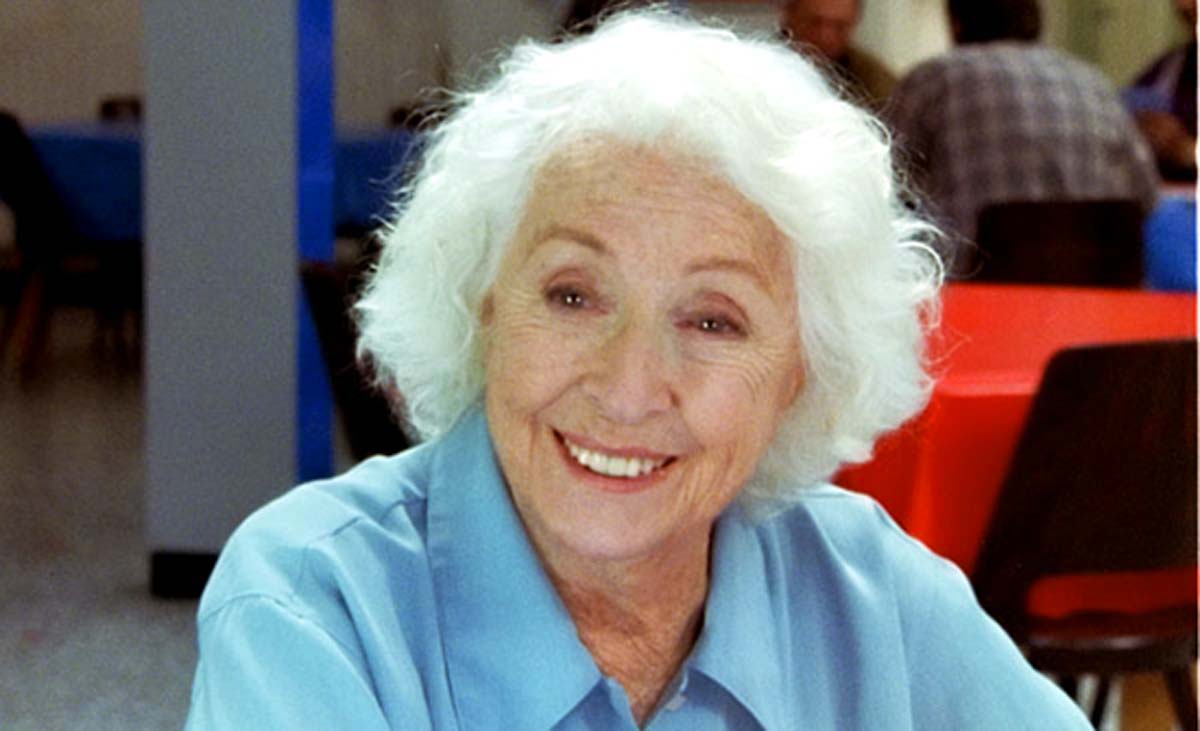 Danielle Darrieux and Cannes films on TV5Monde USA in May

According to its own press release, the international French-language cable channel TV5Monde USA will be the only television channel in the U.S. to air live coverage of the opening and closing ceremonies at the 60th Cannes Film Festival. Additionally, Didier Allouch, the Los Angeles-based film correspondent for Canal Plus, will be reporting from Cannes for TV5.

At the opening ceremony on May 16, red-carpet arrivals will start at 12:45 pm ET, followed by the ceremony itself at 1:15 pm. The closing ceremony will take place on May 27, beginning at 1 pm ET. As a plus, in May TV5Monde will be airing several films that were showcased at previous Cannes festivals.

For more information about TV5Monde USA, go to: www.tv5.org/usa.

I would love to hear who Paul above approves of for his comedy.