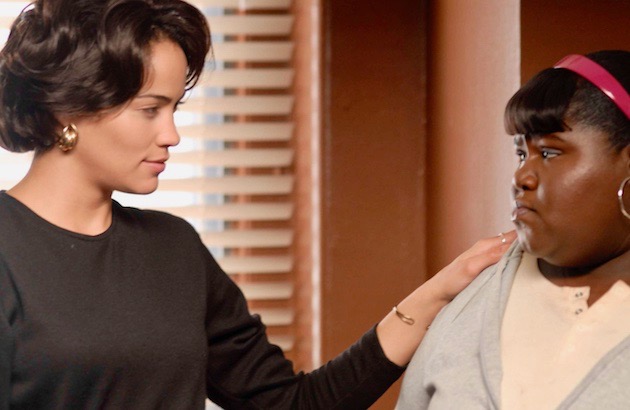 The nominees for the 25th Spirit Awards have been announced. Two of the titles in the running for Best Picture also happen to be this year’s most nominated films, with five nods apiece:

But how could a non-American production be shortlisted for the Spirit Awards? Well, the answer seems to be writer-director Hoffman, who was born in Hawaii.

In terms of surprises and/or unusual choices, there’s quite a bit more.

Bear in mind that in addition to commercial runs, movies screened at six U.S.-based festivals are eligible for the Spirit Awards on any given year.

A tale of two juries

Now, what is really weird is that at the Spirit Awards’ March 5 ceremony, Joel and Ethan Coen’s A Serious Man will be receiving the Robert Altman Award, which is akin to a Best Film prize as it honors a film’s director(s) and cast.

Even so, A Serious Man is nowhere to be found among the Spirit Awards’ five Best Feature nominees: (500) Days of Summer, Amreeka, The Last Station, Precious, and Sin Nombre. Nor is leading man Michael Stuhlbarg to be found among this year’s Best Actor nominees. A tale of two juries, it seems: one for the Robert Altman Award; another for the narrative film nominations.

Below are several other glaring omissions from this year’s Spirit Award nominations:

For whatever reason, this is the third time McAvoy has been bypassed during awards season in the U.S. – no matter how popular his films and/or fellow players. The two previous instances: Kevin Macdonald’s The Last King of Scotland and Joe Wright’s Atonement.

Forest Whitaker won the Best Actor Oscar for the former, while Saoirse Ronan was a Best Supporting Actress nominee for the latter. At this year’s Spirit Awards, both Helen Mirren (as Sofya Tolstoy) and Christopher Plummer (as Leo himself) were shortlisted for The Last Station.

And finally, Sebastián Silva’s Chilean/Mexican comedy-drama The Maid, considered an American movie at the Gotham Awards, was apparently deemed unAmerican by Film Independent: it landed a Best Foreign Film nomination and that was that.

Yet rest assured that Catalina Saavedra, who plays the titular character, will be heard from again this awards season.

Update: See below the full list of Spirit Award winners and nominees.

James McAvoy in The Last Station. Set in 1910 in Leo Tolstoy’s country estate of Yasnaya Polyana, Michael Hoffman’s The Last Station, based on a novel by Jay Parini, features James McAvoy as Tolstoy’s secretary, Valentin Fedorovich Bulgakov, caught between two rival factions – Tolstoy’s family vs. Tolstoy disciple Vladimir Chertkov (Paul Giamatti) and fellow “Tolstoyans” – as the War and Peace and Anna Karenina author is about to expire. The apple of discord is Tolstoy’s literary works, as both sides want to decide their fate following his death. Impressively, Bulgakov also finds time to romance a pretty Tolstoyan, the fictitious Masha (Kerry Condon).

Update: Ultimately, The Last Station failed to win any Spirit Awards at a ceremony dominated by Precious.

JOHN CASSAVETES AWARD – Given to the best feature made for under $500,000. 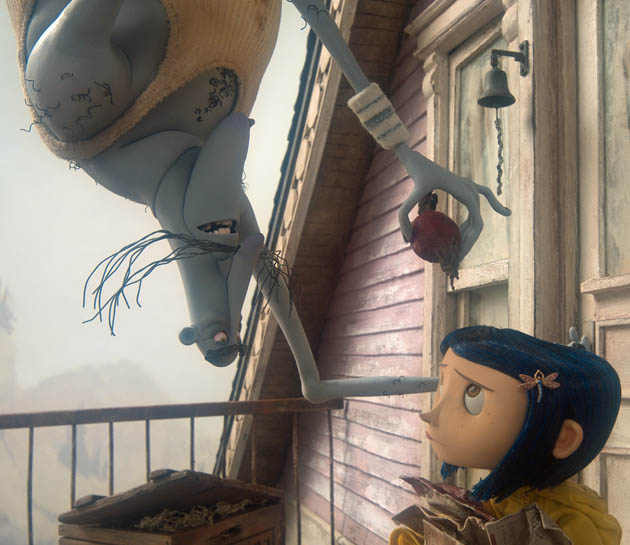 Coraline won three Annie Awards this year, tying with the Walt Disney Studios’ The Princess and the Frog. Yet the Annies’ Best Animated Feature was Pixar/Disney’s blockbuster Up, which also won top honors for its director, Pete Docter. Based on Neil Gaiman’s 2002 novel, writer-director Henry Selick’s 3D stop-motion dark fantasy Coraline follows a little girl (voiced by Dakota Fanning) who, guided by a doll and a rat, discovers behind a secret door in her new home a Nirvana-like parallel world filled with doppelgängers. Things, however, aren’t quite what they seem.

Annie Awards: ‘Coraline’ – instead of Pixar fave ‘Up’ – leads the pack

Phil Lord and Chris Miller’s Cloudy with a Chance of Meatballs, Henry Selick’s Coraline, Wes Anderson’s Fantastic Mr. Fox, Ron Clements and John Musker’s The Princess and the Frog, Tomm Moore’s The Secret of Kells, and Pete Docter’s Up are the six Best Animated Feature nominees for the International Animated Film Society’s 2010 Annie Awards. The winners in this and other categories will be announced on Feb. 6 at UCLA’s Royce Hall in Los Angeles.

Four of the above films were also shortlisted in the Best Director category; Tomm Moore and the duo Ron Clements & John Musker were replaced by one man: Japanese master Hayao Miyazaki, for Ponyo.

All six Best Animated Feature Annie Award nominees are also semifinalists for the 2010 Academy Award in that category, while The Secret of Kells is also up for a European Film Award.

Additionally, among the notable nominees in the voice acting categories are Dawn French (Coraline), John Leguizamo (Ice Age: Dawn of the Dinosaurs), and Hugh Laurie (Monsters vs. Aliens).

Tim Burton and Jeffrey Katzenberg are among those receiving career awards.

Feb. 7 update: Pete Docter’s blockbuster Up was chosen Best Animated Feature and Docter was Best Director at the 2010 Annie Awards.

The Pixar/Disney release and all-around fave this awards season did collect the top two Annie statuettes – but that was it. With three wins each, Focus Features’ Coraline and the Walt Disney Studios’ The Princess and the Frog were the 2010 Annies’ champions.

Up is this year’s odds-on favorite for the Best Animated Feature Academy Award. It’s also the second ever animated feature to be nominated for a Best Picture Oscar, following the category’s recent expansion. The Walt Disney Studios’ Beauty and the Beast was the groundbreaker, 18 years ago.

See below a partial list (the feature film section is complete) of this year’s Annie Award winners and nominees.

Best Animated Feature
Cloudy with a Chance of Meatballs.
Coraline.
Fantastic Mr. Fox.
The Princess and the Frog.
The Secret of Kells.
* Up.