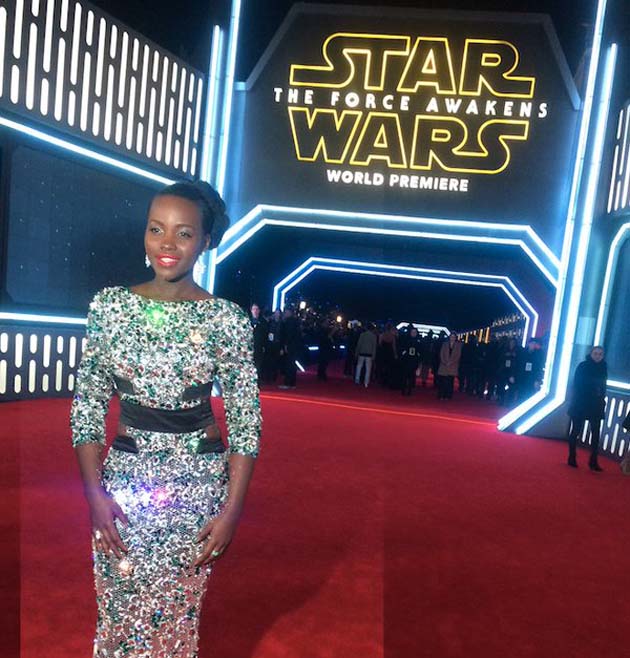 The most anticipated event since Nostradamus prophesied World War I, World War II, Climate Change Calamity, and Reality TV, Star Wars: The Force Awakens – brought to you not by George Lucas, but by Walt Disney (not the man, but the marketing & merchandising team) – is having its Milky Way premiere this evening right in the heart of Hollywood.

If only the Paris Climate Talks had received this much media scrutiny and at least half – one tenth? – as much interest from the stormtrooping masses. So, tell us, how many pounds did Carrie Fisher really have to lose to fit into Princess Leia’s costumes?

Shocking, but it seems like Star Wars: The Force Awakens will actually manage to leave behind the much-ballyhooed Twitter hashtag #BoycottStarWarsVII – see, this latest entry in the series features black actors in lead roles – which scandalized, horrified, and petrified fans and media observers at the time. So much so that Selma director Ava DuVernay felt compelled to step in and create a pro-Star Wars Twitter hashtag.

Maybe DuVernay’s hashtag did the trick. Or possibly it was all a result of Disney’s leviathanesque marketing push, which made the release of Star Wars: The Force Awakens seem like something akin to the Third Coming. (The somewhat anti-climactic Second Coming took place in 1999, when The Phantom Menace descended from the heavens.) 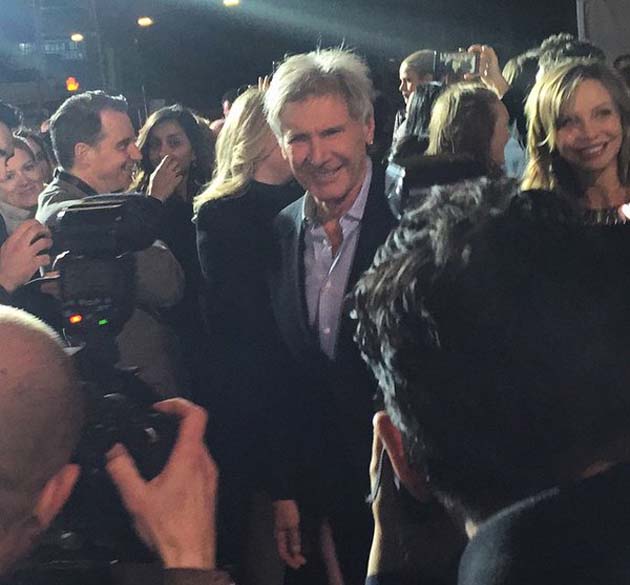 Freezing their butts off – believe it or not, today it’s actually as cold in Los Angeles as in Paris, and quite a bit colder than in New York City – are a number of current and former Star Wars cast members, crew members, and Joseph Gordon-Levitt dressed up as Yoda.

The Star Wars: The Force Awakens cast includes the following: 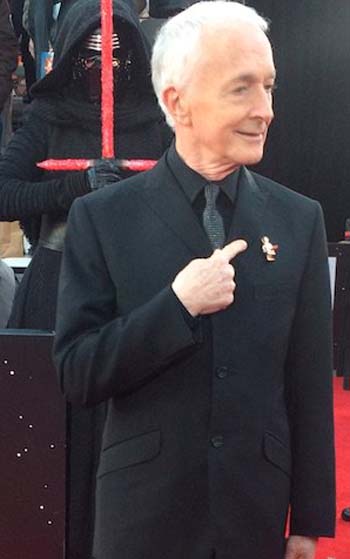 Other performers in any one (or more) of the six previous Star Wars movies include the following: 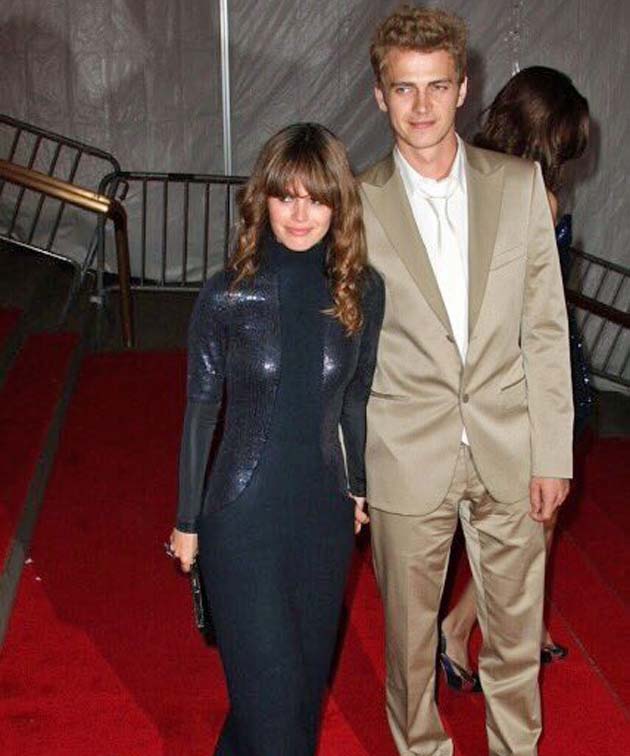 ‘Star Wars: The Force Awakens’ Premiere with Hayden Christensen: The premiere of all premieres.

What does the future hold?

Forget everything that came before. The premiere of David O. Selznick’s Gone with the Wind in Atlanta back in 1939. The star-studded Hollywood premiere of George Cukor’s A Star Is Born in 1954. Forget Orson Welles’ Citizen Kane, Sergei Eisenstein’s Battleship Potemkin, Jean Renoir’s The Rules of the Game, Peter Jackson’s three Hobbit movies.

This is it. The premiere of all premieres. The film event of all film events.

Will Star Wars: The Force Awakens break worldwide box office records? Will it – unlike the previous entries in the series – turn its little-known cast members into world-famous stars? Will it help to save Micronesia from rising ocean levels?

And most importantly, will Alec Guinness – no Star Wars fan, he – ironically remain for all time the only Oscar-nominated actor for a performance in a galaxy far, far away?

Sooner or later, we’ll have an answer to all these pressing questions. In the case of Micronesia, sooner rather than later. Stay tuned. 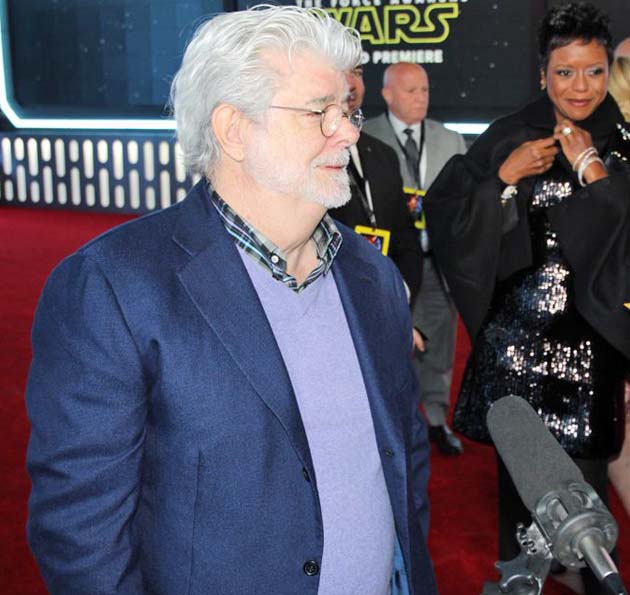 ‘Star Wars The Force Awakens’ premiere with George Lucas: Will it save Micronesia?