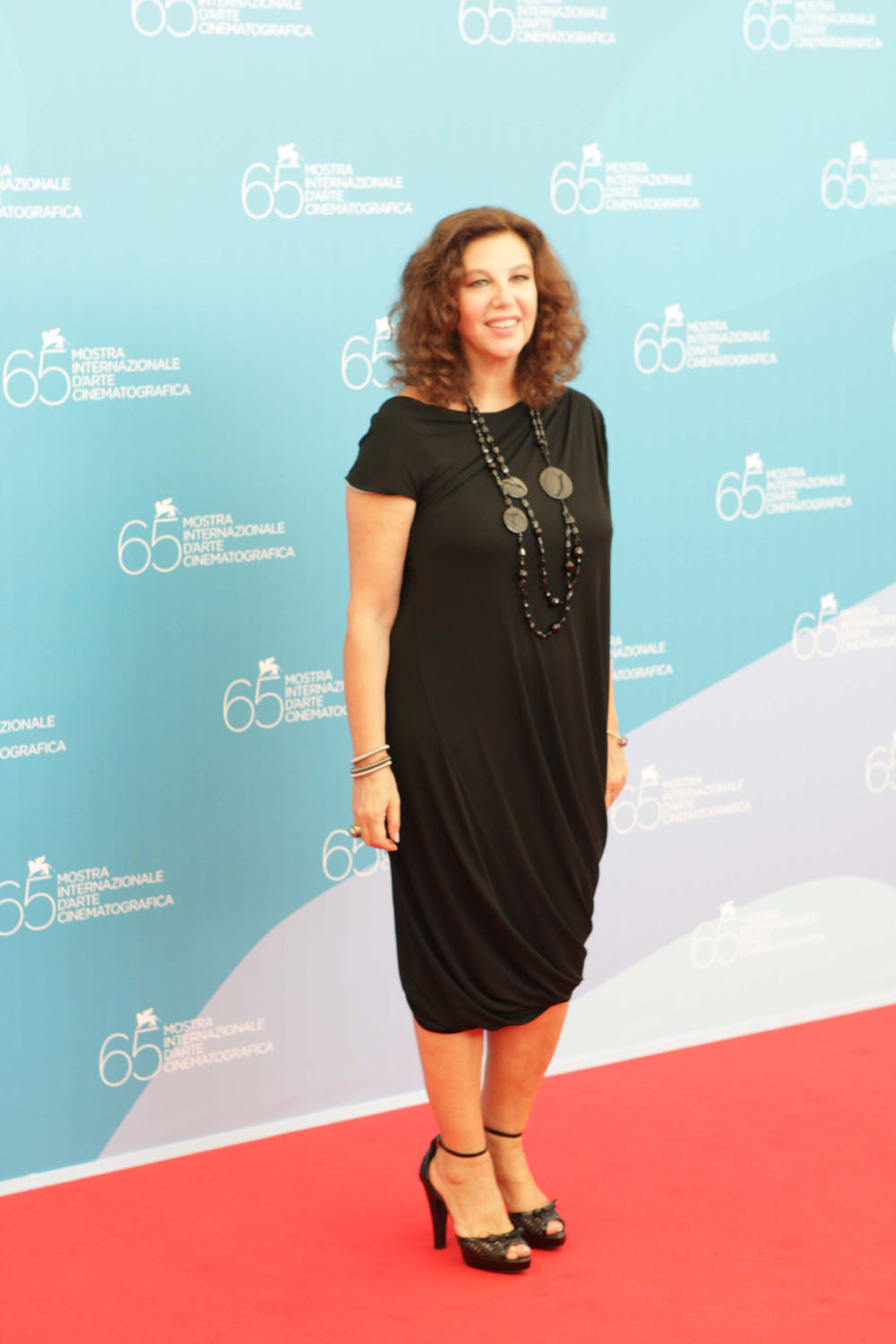 Veteran Stefania Sandrelli, who has a supporting role in A Perfect Day.

According to Agence France-Presse, at least in first few days the 2008 Venice Film Festival, which ran Aug. 27–Sept. 6, “has produced no standouts … with reactions to the first crop among the 21 movies vying for the Golden Lion ranging from lukewarm to hostile.”

One example is Guillermo Arriaga’s The Burning Plain, which “disorients the viewer with flashbacks that cannot be identified as such until much later in the film, a device the reviewer in leading Italian daily Corriere della Sera branded as ‘gratuitous.’” 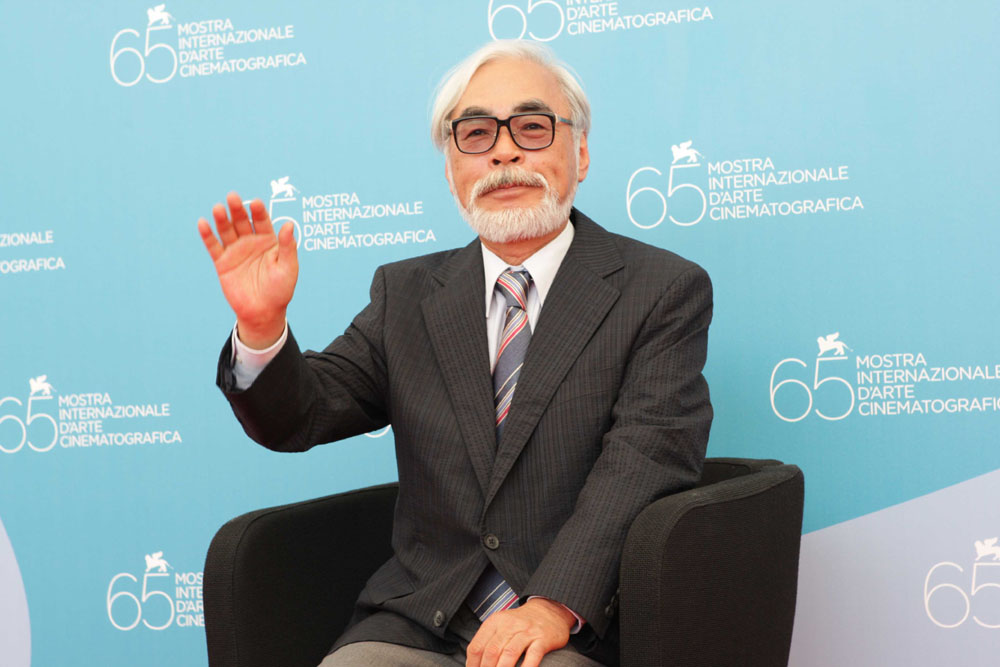 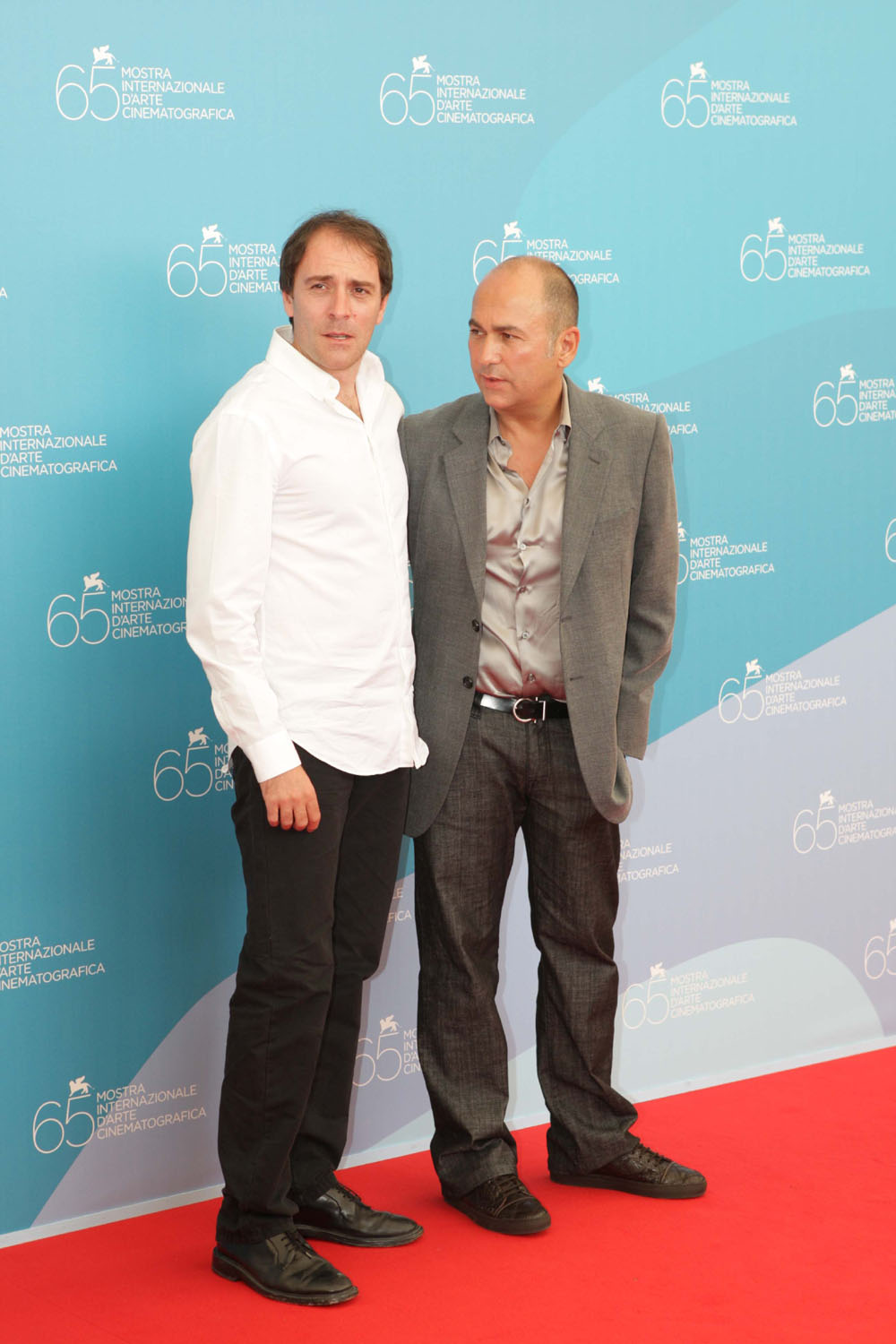 Actor Valerio Mastandrea, director Ferzan Ozpetek, of A Perfect Day, which is up for a Golden Lion. 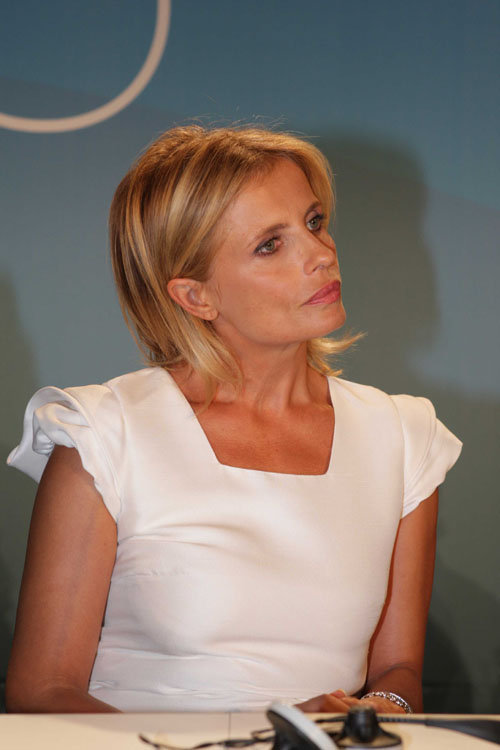 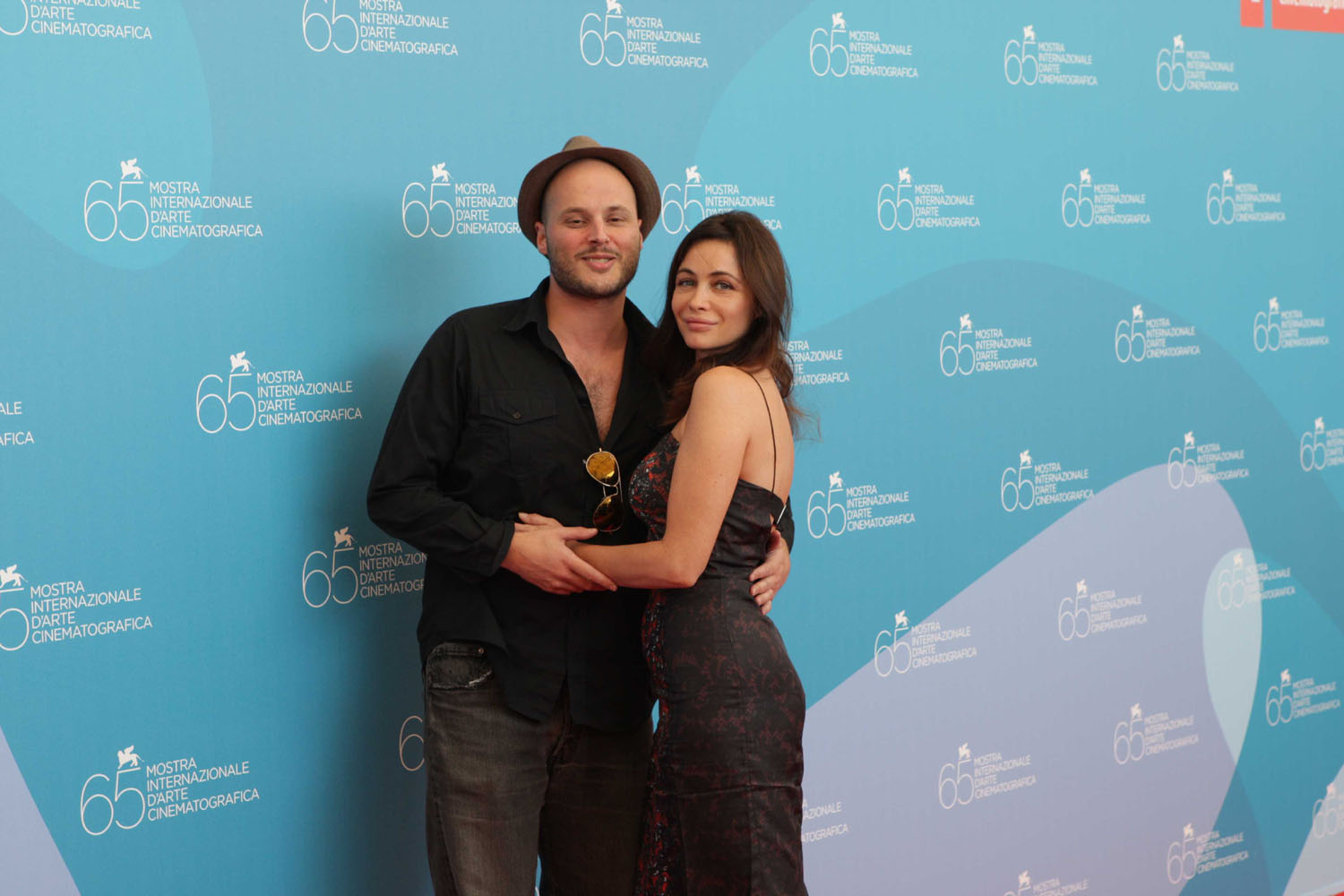 Director Fabrice Du Welz, actress Emmanuelle Béart of Vinyan, which was screened out of competition 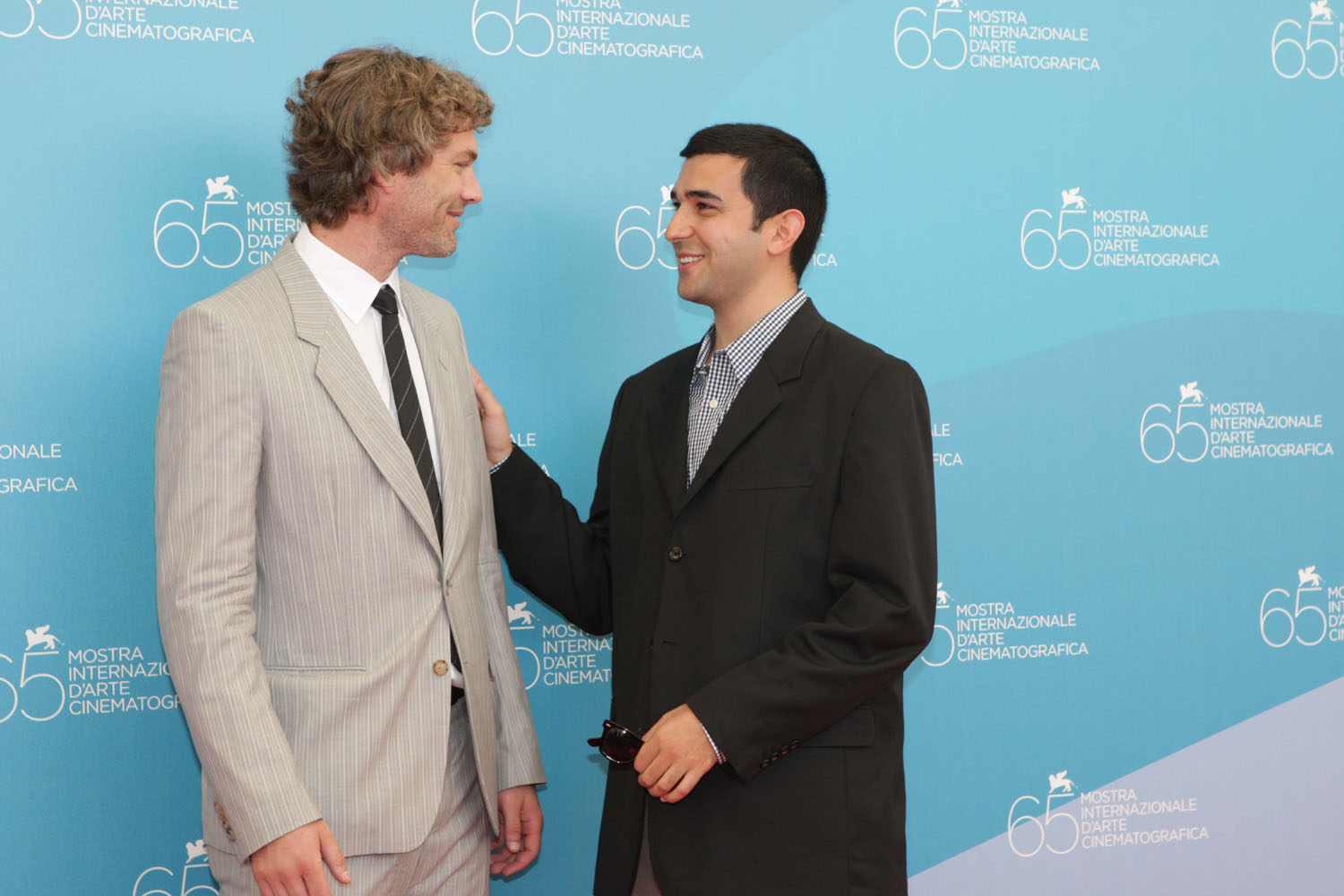 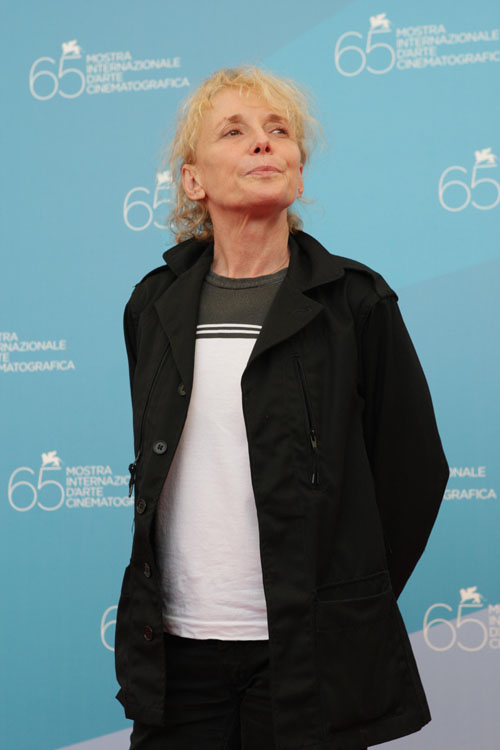 Claire Denis, whose 35 rhums was screened out of competition 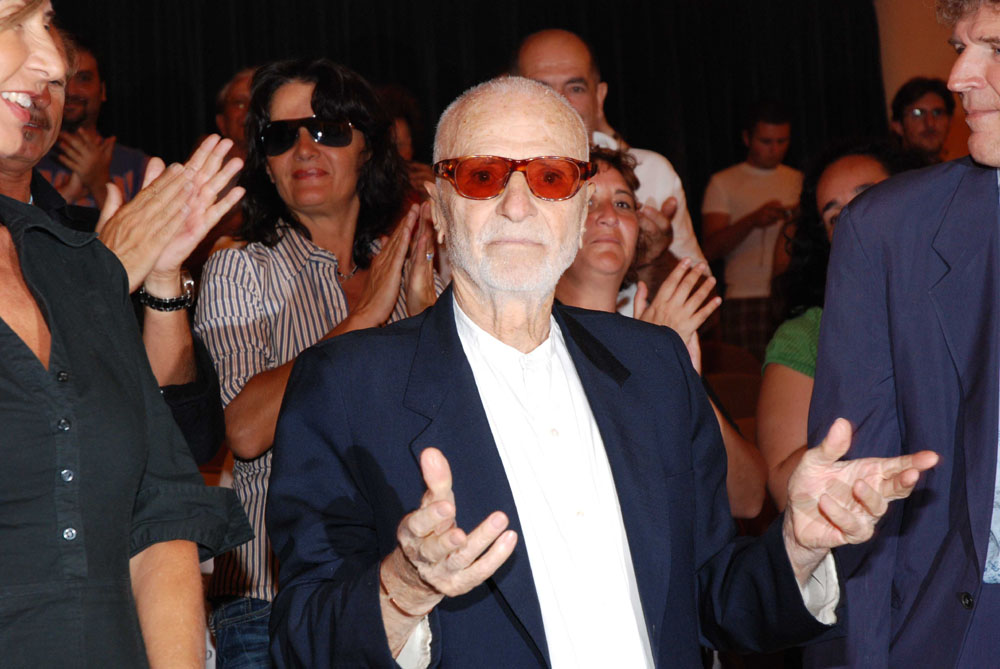 Mario Monicelli, 93, whose short Vicino al Colosseo c’è Monti was screened at the festival. Monicelli’s credits include The Great War, The Passionate Thief, and L’Armata Brancaleone 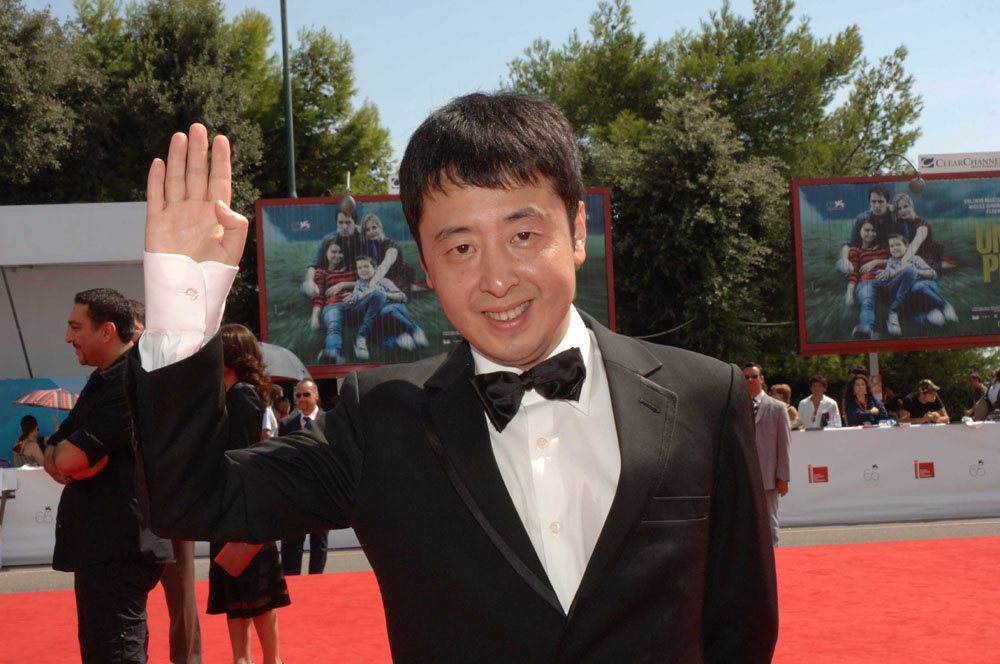 Jia Zhang-Ke, director of Cry Me a River 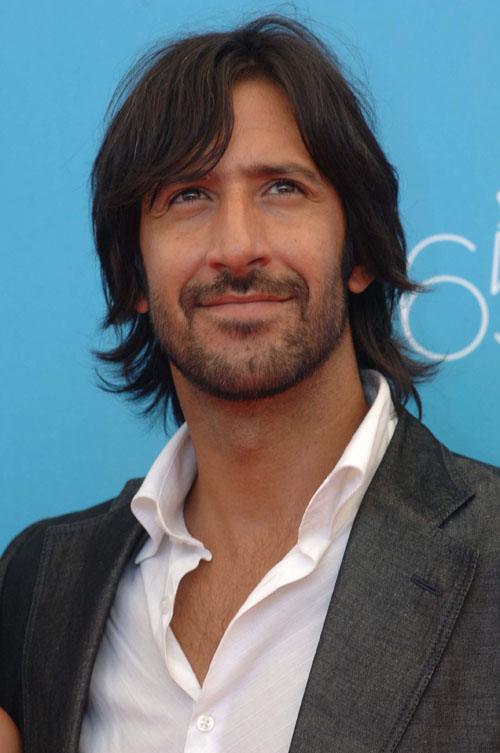 José María Yazpik, one of the stars of The Burning Plain 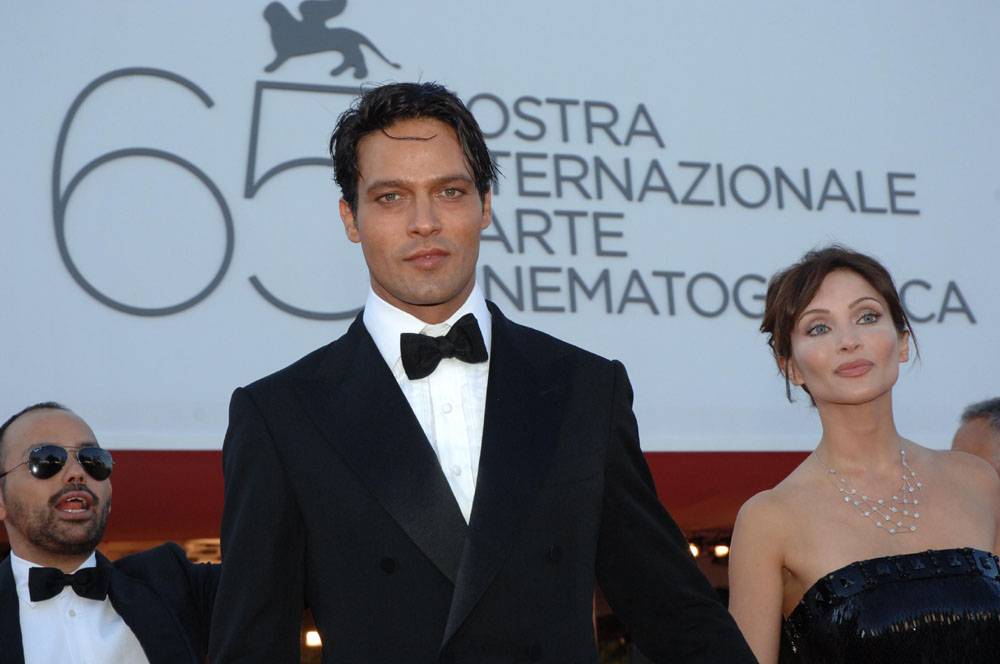 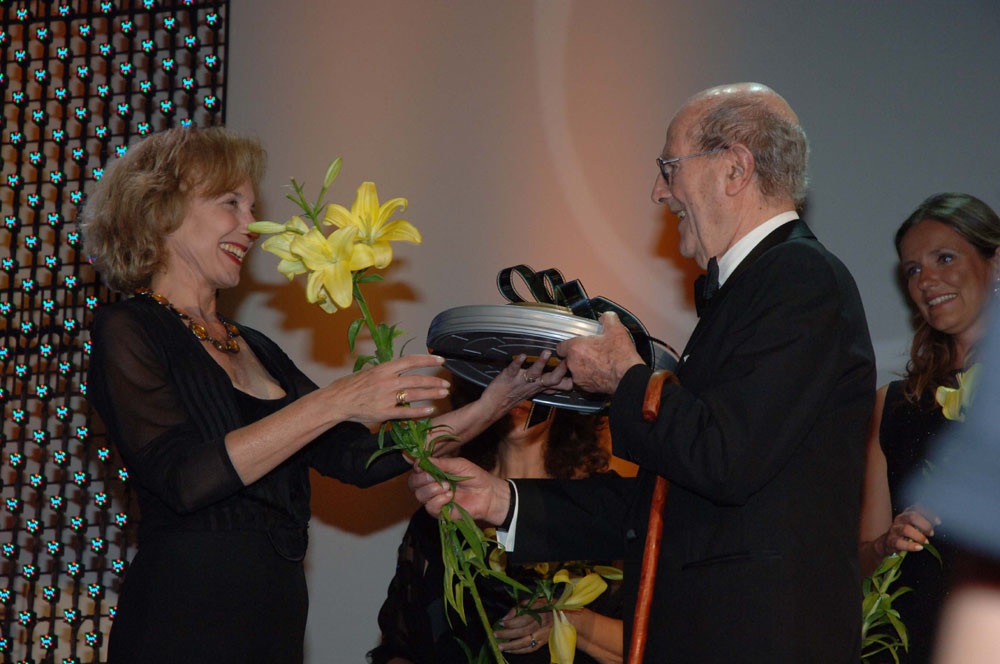 If you thought that international film festivals were a great place to make new discoveries and to give a chance to up-and-coming filmmakers, you might want to think again. Often criticized for having gone Hollywood, the Venice Film Festival, which opened this year with Joel and Ethan Coens spy caper Burn After Reading, is now being criticized for having gone too esoteric. The snippet below is from The Independent:

“Highlights include the directorial debut of the Oscar-nominated screenwriter Guillermo Arriaga, The Burning Plain, which stars Colin Farrell and Charlize Theron; and Darren Aronofskys The Wrestler with Mickey Rourke.

“But those who stay the full Venice course will be depending heavily on [festival director Marco] Muellers judgement, for he has assembled a programme of films from all over the world by people that very few have ever heard of. Take Encarnação Do Demônio, the third part in the trash-horror trilogy by the Brazilian director José Mojica Marins, or Birdwatchers [above], set among tribal people in the Amazon, by the Italian director Marco Bechis.

“The latter film gives an idea of what Mueller is up to. Bechiss film is a highly anticipated picture, according to Variety, which Mueller booked early. It tells of the extinction of an Amazonian tribe by farmers land grabs; the Brazilian-born director has worked on it for years, and most of the actors are tribespeople.”

Takeshi Kitano Akires to kame (Achilles and the Tortoise) – Japan.

Hayao Miyazaki Gake no ue no Ponyo (Ponyo on Cliff by the Sea) – Japan.

Amir Naderi Vegas: Based on a True Story – USA. 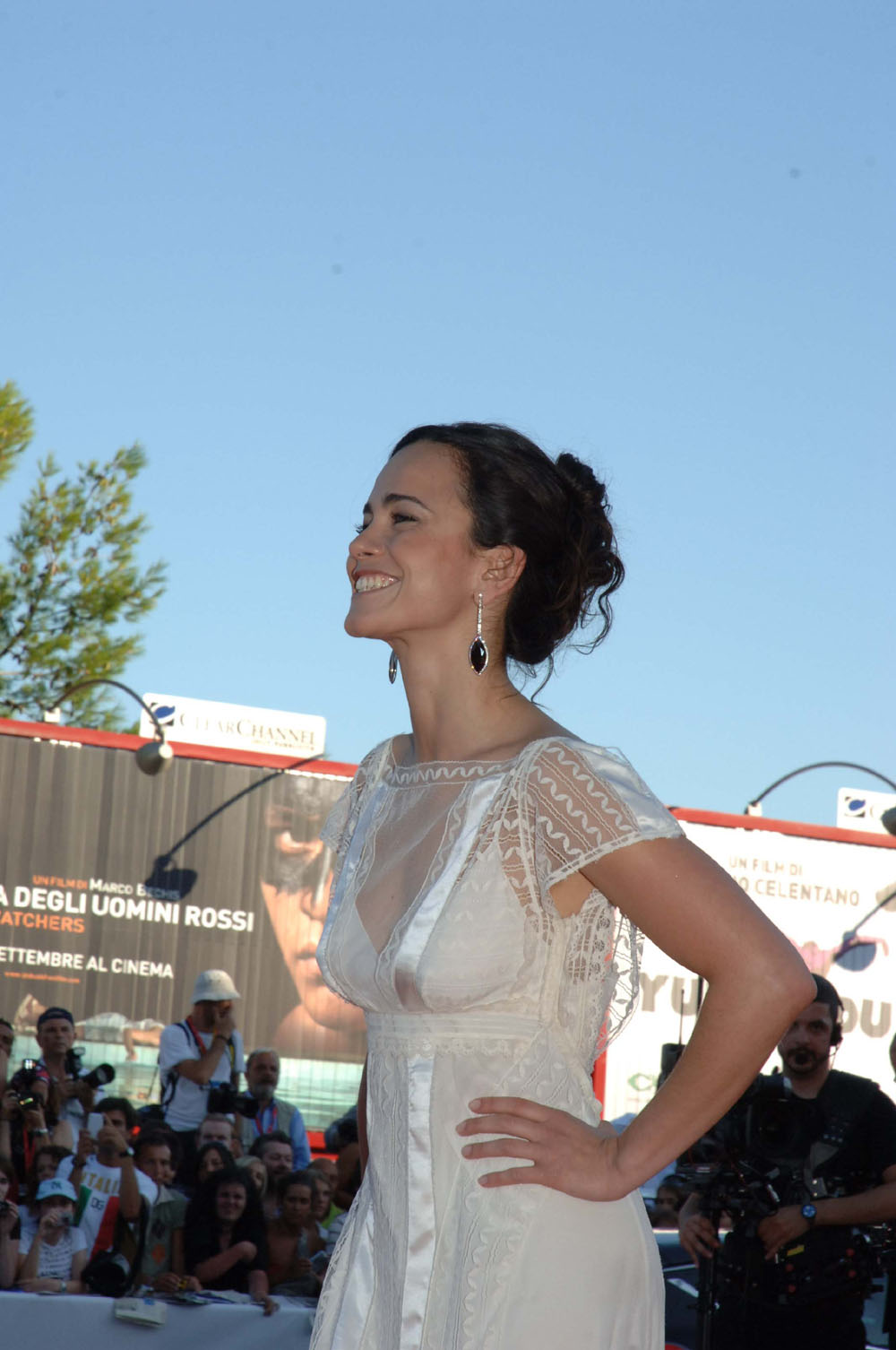 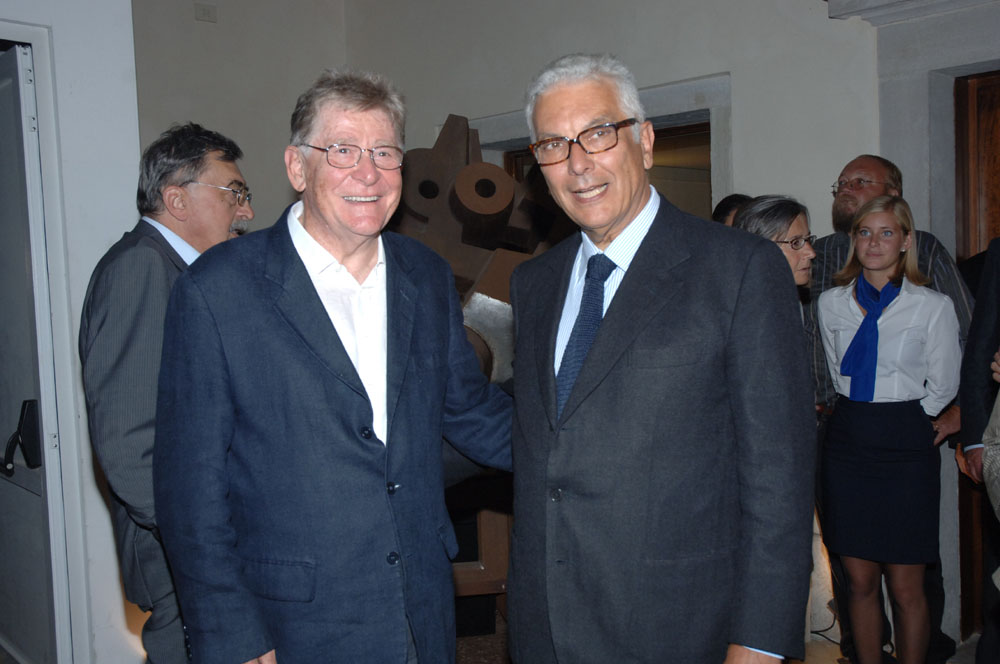 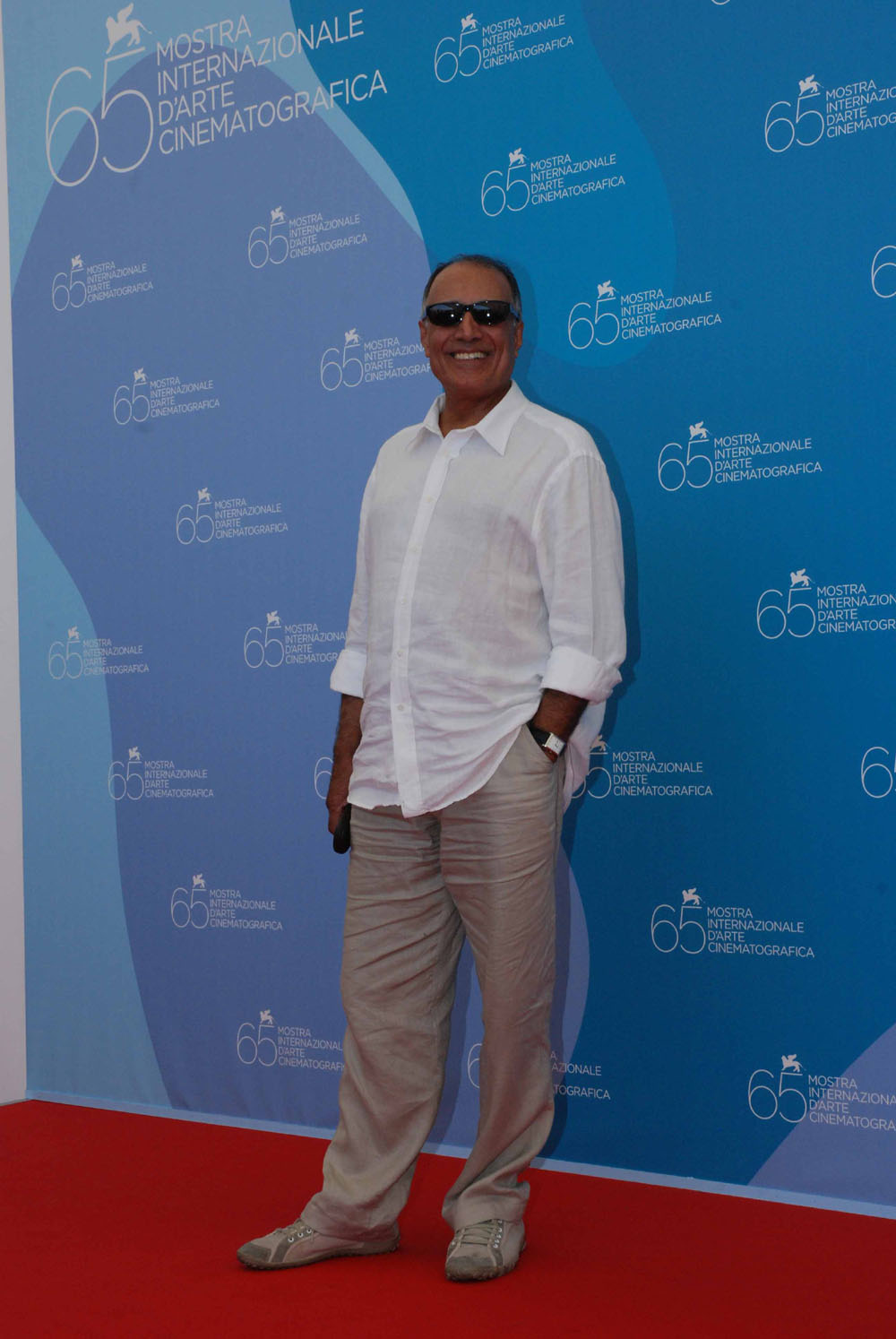 Abbas Kiarostami, whose Shirin was screened out of competition 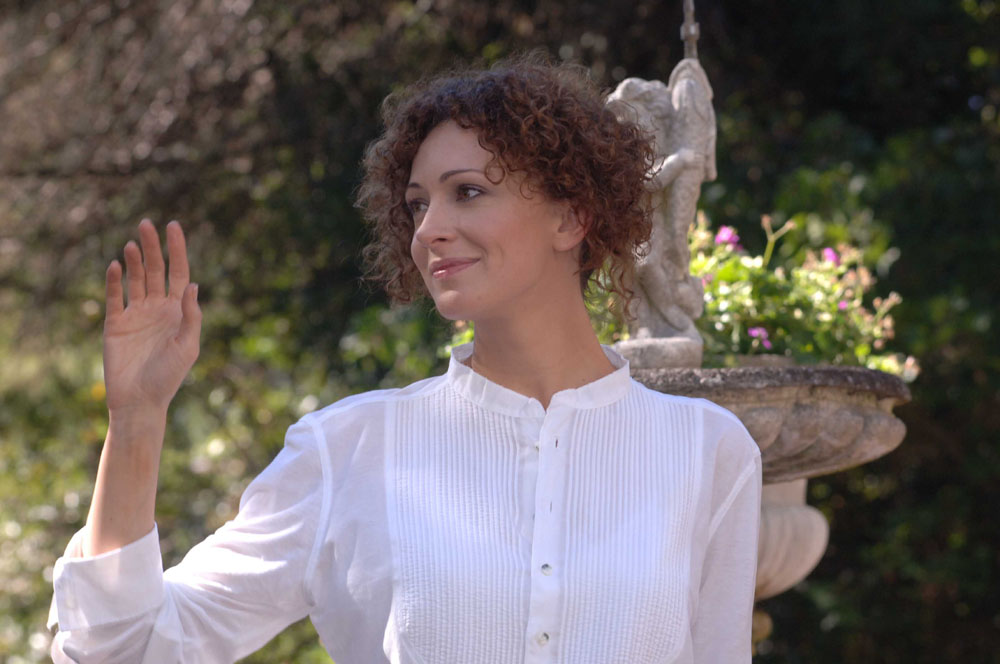 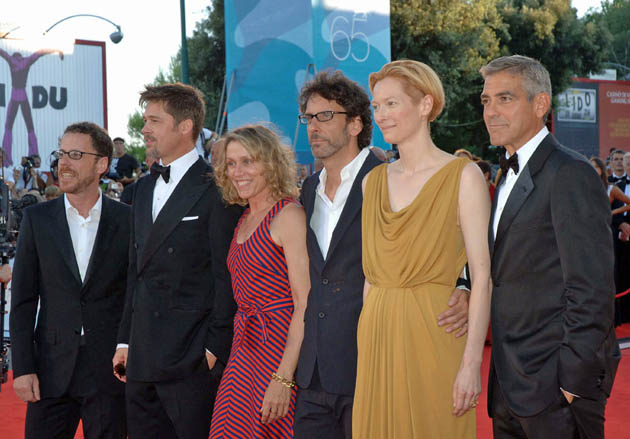 At the Burn After Reading premiere, which opened the 2008 edition of the Venice Film Festival on Aug. 27, the film’s contingent posed for the cameras while on the Red Carpet.

In the image above are, from left to right, Ethan Coen, Brad Pitt, Frances McDormand, Joel Coen, Tilda Swinton, and George Clooney.

The spy caper Burn After Reading revolves around two gym employees (Brad Pitt, Frances McDormand) who accidentally get a hold of a disc containing the memoirs of a former CIA analyst (John Malkovich). They see the disc as a money-making tool, but things inevitably get out of control.

Also in the Burn After Reading cast:

See below a trio of images of the Burn After Reading Venice premiere and of the film itself. 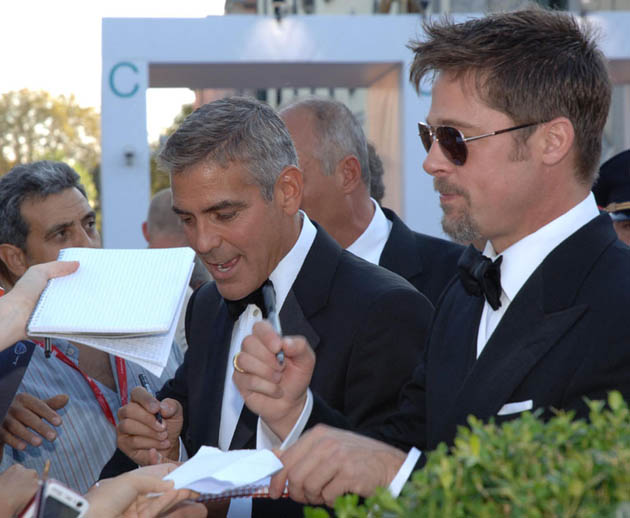 Marco Pontecorvo’s Pa-ra-da was screened in the Venice Film Festival’s Horizons sidebar. The film tells the story of real-life street clown Miloud Oukili, who arrived in Romania in 1992 – three years after Nicolae Ceausescu’s fall. Once there, he taught circus skills to a group of street children.

Pa-ra-da was written by Marco Pontecorvo and Roberto Tiraboschi. In the cast: Jalil Lespert (as Miloud), Evita Ciri, and Daniele Formica.

Marco Pontecorvo’s father, Gillo Pontecorvo, won the 1966 Golden Lion for the political docudrama The Battle of Algiers, which also earned him a Best Director Academy Award nomination in early 1969.

In The Independent, Peter Popham wrote about Pa-ra-da:

“In 1966, the year he was born, Marco Pontecorvo’s father Gillo won the Venice Film Festival’s Golden Lion with one of the greatest postwar Italian films, The Battle of Algiers. Forty-two years on, the soft-spoken cinematographer stood with a look of stunned bemusement on his face as the Venice audience gave him a standing ovation and 12 minutes of applause for his first film as director.

“He wasn’t to know it when he conceived the project seven years ago, but Pa-ra-da, which opens in Italian cinemas in September, is cruelly relevant to Italy’s most pressing national debate. For more than a year the country has been obsessed with what to do about the surge of impoverished immigrants from Romania.”

Below are a couple more Pa-ra-da images. 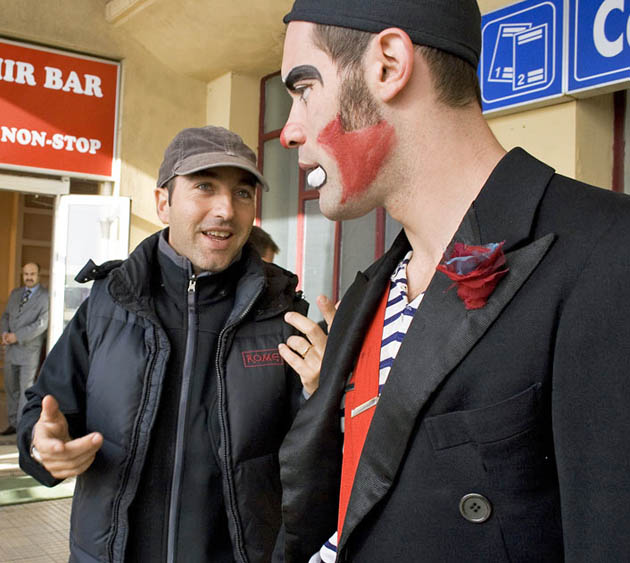 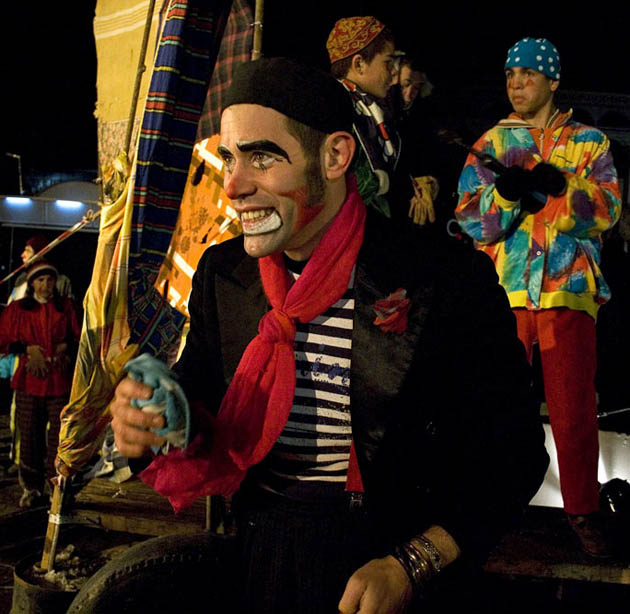 Via the International Herald Tribune, a brief commentary about an unusual Iranian entry – Khastegi, about the plight of transsexuals in that Muslim theocracy:

“Organizers of the Venice Film Festival waited to announce the Iranian film Khastegi, or Tedium, by first-time Iranian director Bahman Motamedian until the last minute to avoid alerting authorities to its sensitive subject: transsexuals in modern-day Iran. …

“’We know that throughout the world this problems [sic] exists,’ Motamedian said. ‘The idea was to raise awareness among families especially, because this is the first layer of barrier, and to help people to realize they are not alone and be able to face the problem.’”

“Film-wise, the lack of spectacular programming in this year’s festival really hit home yesterday. I opted (mistakenly I now think) for the new Abbas Kiarostami over the new Takeshi Kitano. …

“Much more interesting, but equally unlikely to make it to a cinema near you any time soon (unless one of our film festivals has a brainstorm) was a reconstruction of the original version of Pier Paolo Pasolini’s early 1960s essay-doco La Rabbia (‘The Anger’), which was severely mauled about by its producers before release. It was conceived as a political version of a ‘mondo’ film: Pasolini took already-existing newsreel footage, edited it together and wrote his own commentary. Fearing, some say, a right-wing backlash, producer Gastone Ferranti took a chunk out of Pasolini’s film and invited a populist, conservative journalist called Giovanni Guareschi to make the counter-argument. But nothing succeeds like a legend: Guareschi’s contribution is now banished, with Bertolucci drawing on Pasolini’s original plan to restore the newsreel sections junked in the first place. Of course, it’s all supposition; but we can safely say there’s no way any major director would be willing or able to make such an unashamedly poetical, deeply analytical statement today.”

Fabrice Du Welz’s Vinyan, which was screened out of competition at the 2008 Venice Film Festival, stirred some controversy because the psychological thriller deals with the aftermath of the 2005 tsunami that killed more than 200,000 people. Starring Emmanuelle Béart and Rufus Sewell, Vinyan follows an European couple who travel to Southeast Asia in search of their young son, supposedly one of the tsunami’s victims. The mother, however, believes the boy still lives but has been kidnapped. Once there, instead of kidnappers the couple find supernatural goings-on.

Cinefantastique has given Vinyan two rave reviews. (In French.)

Vinyan is scheduled to open in France on October 1. 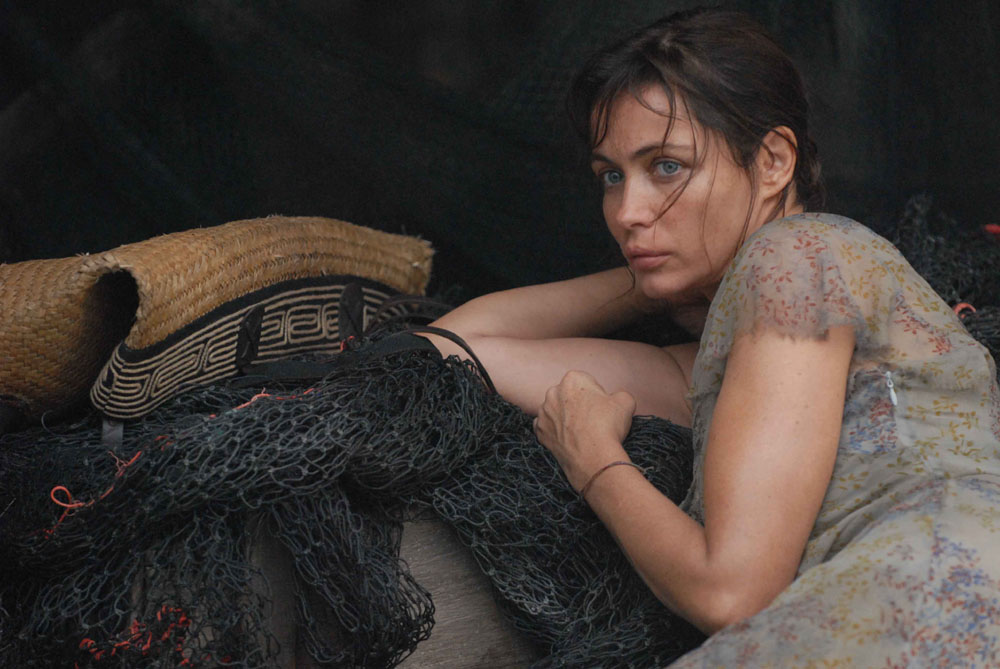 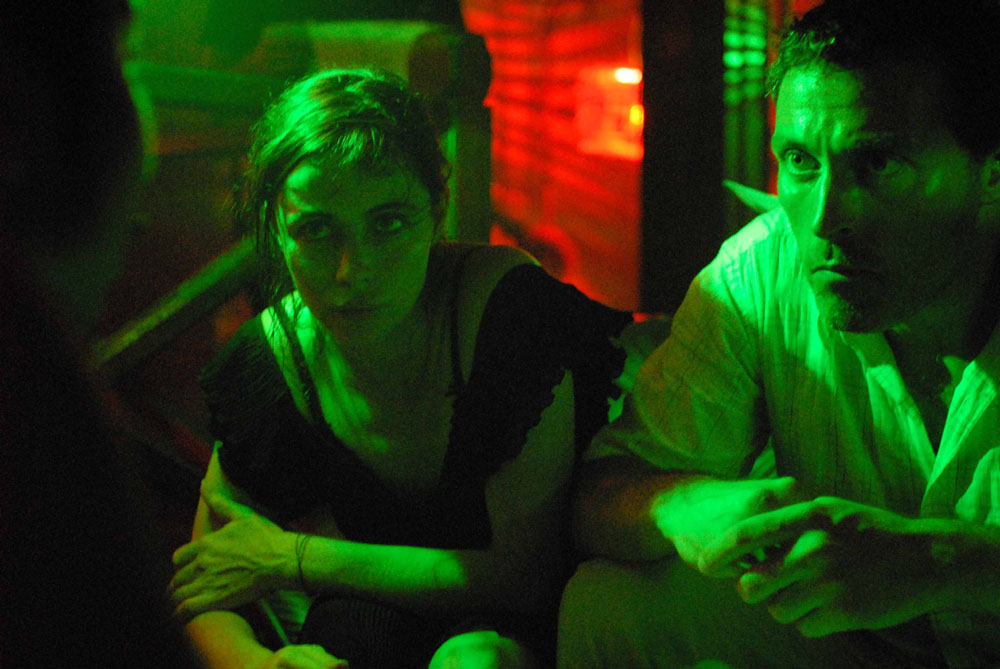 Veteran “trash” filmmaker-actor José Mojica Marins’ Embodiment of Evil / Encarnação do Demônio (literally, “The Devil’s Incarnation”), one of the out-of-competition screenings at the 2008 Venice Film Festival, features the latest cinematic incarnation (bad pun intended) of Zé do Caixão (“Coffin Joe”), a demonic character that starred in a handful of Brazilian movies of the 1960s and 1970s, including Esta Noite Encarnarei no Teu Cadáver (“Tonight I’ll Take Possession of Your Corpse”) (1967) and O Estranho Mundo de Zé do Caixão / The Strange World of Coffin Joe (1968).

(According to Felipe M. Guerra at Boca do Inferno, Esta Noite Encarnarei no Teu Cadáver was butchered by Brazilian censors, who demanded that nudity and violence be excised, and that Zé do Caixão’s final speech be dubbed so the demonic villain would declare his final acceptance of Jesus Christ. In the original text, the unrepentant Zé proclaimed his atheism for all to hear.)

Marins, who turned 72 last March, also co-wrote the Embodiment of Evil screenplay with Dennison Ramalho. (The filmmaker actually began working on the script back in the ’60s, but due to a series of mishaps the project only came to fruition forty years later.) The story follows Zé do Caixão’s continuous search for the perfect woman so he can inseminate her and thus perpetuate his superior bloodline. In the cast: Marins (as Zé do Caixão), Cristina Aché, Raymond Castile, José Celso Martinez Corrêa (as the Antichrist), Rui Resende, Eduardo Chagas, and trash-flick veterans Débora Muniz and Jece Valadão.

Marins began his directorial career half a century ago. Among his more than thirty features are 48 Horas de Sexo Alucinante / 48 Hours of Hallucinatory Sex (1987), 24 Horas de Sexo Explícito / 24 Hours of Explicit Sex (1985), A Quinta Dimensão do Sexo / The Fifth Dimension of Sex (1984), Sexo e Sangue na Trilha do Tesouro / Sex and Blood on the Treasure Trail (1972), and À Meia-Noite Levarei Sua Alma / At Midnight I’ll Take Your Soul (1964).

I should add that according to Felipe Guerra, José Mojica Marins is anything but a “trash” filmmaker. Guerra, in fact, calls Marins a “genius.”

Out of Competition – Special Event

Out of Competition – Events 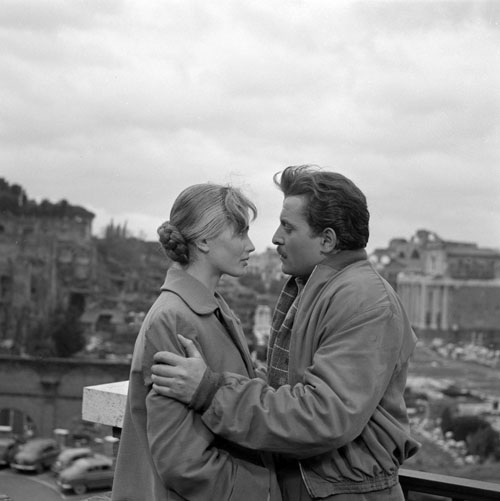 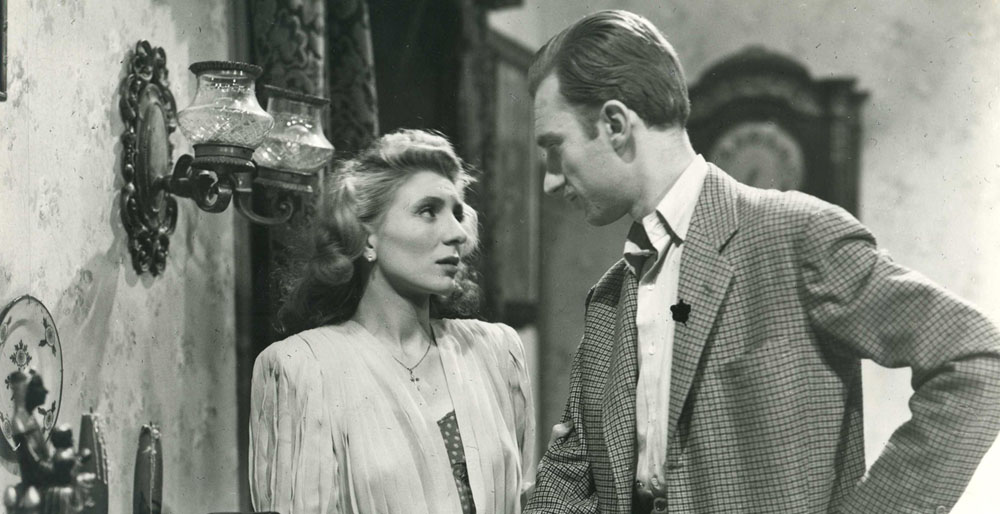 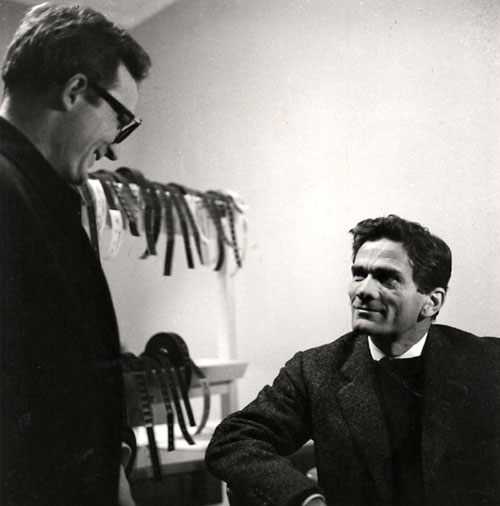