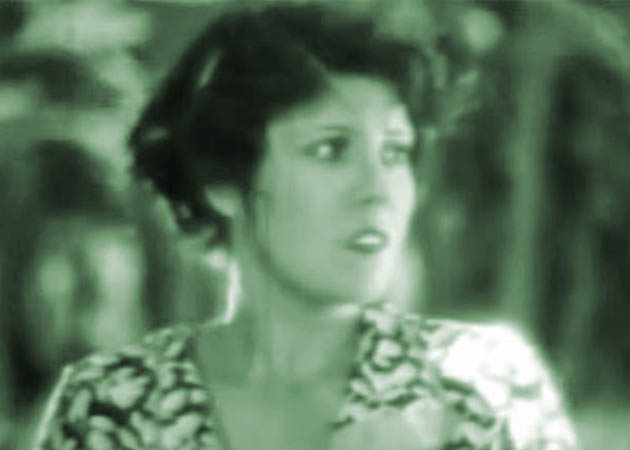 Whenever I watch a film such as the swampland-set 1934 thriller Chloe, Love Is Calling You (a.k.a. Chloe), I like to think about the reactions of the theater audience when it was first shown. Since Marshall Neilan’s movie covers subjects such as race, miscegenation, voodoo, murder, and mayhem, I can imagine some volatile reactions. But then again, this little-known thriller of the occult genre has been rarely seen, even in the post-home video days.

The first thing about it that got my attention was the listing of Neilan as Director and Olive Borden as Star. During the silent era, Neilan’s name had been long associated with Mary Pickford’s most famous vehicles, among them Stella Maris (1918), M’Liss (1918), and Daddy Long Legs (1919). By the mid-1930s, Neilan was a half-forgotten has-been, his unreliability and alcoholism having ruined a once stellar directorial career.

Olive Borden, for her part, was a Fox contract player in the late silent era. A promising acting career floundered right around the time of the coming of sound, when she walked out on the studio following a contract dispute. Chloe, Love Is Calling You turned out to be Borden’s final movie appearance.

Partly due to the poor quality of the available copies of Chloe, Love Is Calling, the plot (also by Marshall Neilan) is hard to follow.

The opening sequence shows an old voodoo hag, Mandy (Georgette Harvey), and her alleged daughter, Chloe (Olive Borden), returning to their old home in a Deep South swampland after a 15-year absence.

Old Mandy mutters to herself that she has come back to wreak vengeance on the white man who had killed her husband many years earlier. Chloe follows along, ostensibly puzzled as to why she has such light skin if she is Mandy’s daughter.

Besides, we know there is something special about her because whenever she appears we hear Neil Moret and Gus Kahn’s “Chloe” played in the background.

Soon a love triangle develops, as two almost identical-looking men decide to marry her. The first is Jim Strong (Philip Ober), a white man or possibly another “High Yeller” – i.e., white people labeled Black according to the “one-drop rule” – who lives among the Blacks in the swamp. He always appears in time to save Chloe from the unwanted advances of ravenous alligators and shiftless black men. Let’s just call them “swampfolks.”

Then there is Wade Carson (Reed Howes), a friend of Colonel Gordon (Francis Joyner) – the very same man responsible for the death of Old Mandy’s husband.

From the start, Chloe makes it perfectly clear which man she desires. She prefers Wade, the rich white man who can get her away from the swampland. The only problem is how to tell him that she has Negro blood! 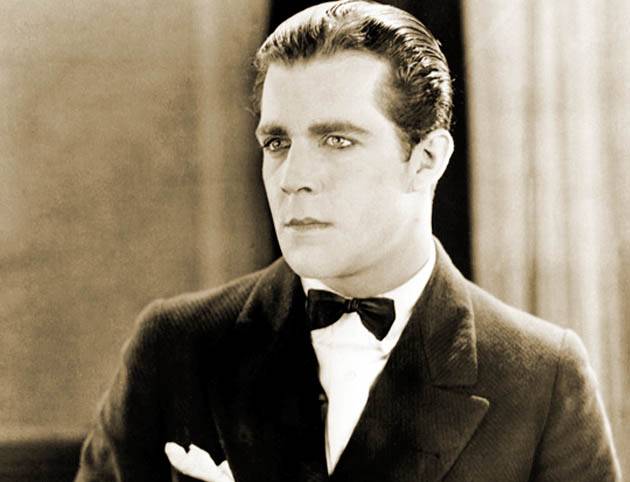 While the two men are chasing Chloe around the swamp and the white folks are sipping mint juleps in their postbellum mansion, Old Mandy has joined forces with the black social outcasts, putting a voodoo curse on the Colonel and Chloe’s white lover Wade.

Complications ensue when the Colonel discovers that the photo of his long lost baby girl is missing from his desk. His house servants reveal that Old Mandy has stolen it for her evil spells.

While Colonel Gordon and Wade are investigating the issue, they find the remains of a dress that the baby girl was wearing 15 years earlier, when she was supposedly drowned in the swamp. They conclude that Chloe is his own biological daughter. More importantly, she is white and can thus marry Wade.

Although Chloe is taken in by the white family (which also includes silent era actress Molly O’Day), she still has memories that haunt her. When Old Mandy shows up in the Colonel’s mansion, wielding an ax and seeking revenge for their having stolen her “daughter,” Chloe runs off – back into the swamp, where she is captured by a band of voodoo worshippers who tie her up and roast her over a spit.

Unsurprisingly, the white folks get there in time to save Chloe. Jim’s fate, however, is not as pleasant. For reasons unknown, he is killed by one of the white swampfolks and becomes alligator food.

‘Dead hair does not change’

And just to prove that Chloe is indeed the Colonel’s, not Old Mandy’s, daughter, they dig up the grave of the purportedly dead little girl. One of the authorities asserts that “dead hair does not change,” whatever that means.

In all fairness, the meaning becomes clear when test results show that the dead child’s hair was kinky. So Chloe is indeed WHITE!

Old Mandy is quietly arrested and quickly taken away to jail. “We don’t want no lynching,” explains the Colonel.

Who could have appreciated ‘Chloe Love Is Calling You’ back in the 1930s?

Chloe, Love Is Calling You is listed as a Pinnacle Production, most likely exhibited only in independent grindhouse theaters that specialized in exploitation films.

Going back to the reactions of the, however minuscule, mid-1930s audience, I can’t imagine this film being supported by either black or white viewers. The black characters are portrayed mostly as primitive, superstitious voodoo practitioners who dance around the campfire. Elsewhere, we see glimpses of “good” black servants cheering on the  Colonel at every step of the way.

Most surprising of all, is the open hostility to whites displayed by Old Mandy and the swampfolks. Then, seemingly to balance that out, there are light-skinned people such as Jim living among them.

The White reaction must have focused on the way Chloe was treated by the black males in the swampland. It is the typical Southern depiction of the Black Man’s lust for White Women.

The only currently available copies of Chloe, Love Is Calling You seem to be public domain DVD releases with poor picture and muffled sound – I had to keep backing up to understand some of the dialog. So, there are no “spoilers” in this review, as I dare to venture that precious few people will ever want to see it.

In fact, Marshall Neilan’s film is hardly for everyone. Only diehard fans of bad movies or those who study the history of race-related issues in American films will be interested.

Although some have compared it to Victor Halperin’s Bela Lugosi B thriller White Zombie (1932), I believe Chloe, Love Is Calling You has more in common with Ray Enright’s Warner Bros. musical Golden Dawn (1930), in which a similar plot device is used.*

In conclusion: I would give Chloe, Love Is Calling You an “A”. For “Abject Audacity.”

* After being kidnapped as a child, white girl Vivienne Segal is raised by an African “native,” played by white mezzo-soprano Alice Gentle.