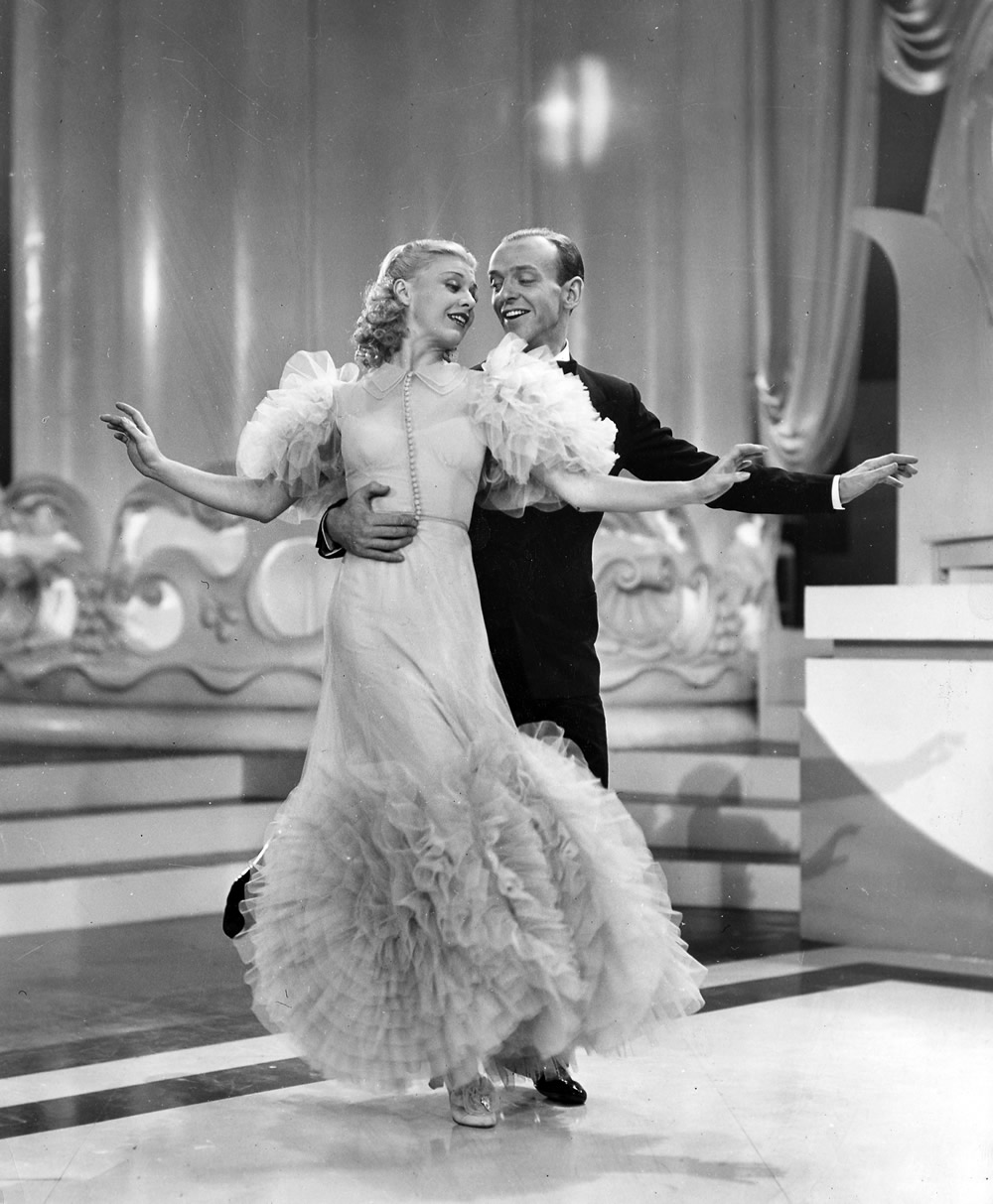 The George Stevens-directed Ginger Rogers-Fred Astaire musical Swing Time will be presented as part of the Academy of Motion Picture Arts and Sciences’ “George Stevens Lecture on Directing” series on Tuesday, Oct. 26, at 7:30 p.m. at the Samuel Goldwyn Theater in Beverly Hills.

Swing Time will be introduced by director, producer, actor and comedian David Steinberg, who, as per the Academy’s press release, considers this 1936 RKO musical his favorite movie.

Many, in fact, consider Swing Time the very best Astaire-Rogers musical. Personally, I was a little disappointed when I saw it a few years ago; I was also surprised to realize that Shall We Dance?, released the following year, was basically a carbon copy imitation.

But my disappointment notwithstanding, the stylish Swing Time has a number of good elements going for it, including a supporting cast featuring Helen Broderick and Eric Blore, David Abel’s gorgeous black-and-white cinematography, some snappy dialogue provided by Howard Lindsay and frequent Astaire-Rogers screenwriter Allan Scott, and a number of Jerome Kern melodies with lyrics by Dorothy Fields.

Among the Swing Time songs are “A Fine Romance,” Pick Yourself Up,” “Waltz in Swing Time” and the Oscar-winning “The Way You Look Tonight.”

Choreographer Hermes Pan, for his part, received an Academy Award nomination for Dance Direction for the “Bojangles of Harlem” number, an homage to Bill Robinson. (The Best Dance Direction category lasted all of three years, 1935-1937.)

As per the Academy’s release, a pristine print from the Academy Film Archive will be screened. Swing Time will be preceded by rare interview footage with Ginger Rogers and Hermes Pan recalling their work on the film.

For the record, my favorite Astaire-Rogers musical is Follow the Fleet, directed by Mark Sandrich and also released in 1936.

The Academy’s release adds that the Swing Time screening “is the latest installment of a lecture series named for the prolific producer-director [photo: George Stevens and Ginger Rogers] who enjoyed the autonomy, respect and creative freedom that few did during Hollywood’s studio era. While his films as a whole defy easy description, they all reflect a definitive filmmaking style as well as a unique and nuanced view of American life and values.”

Stevens won Best Director Oscar for both A Place in the Sun and Giant.

Tickets for Swing Time will go on sale October 1. Tickets are $5 for the general public and $3 for Academy members and students with a valid ID. They may be purchased online at www.oscars.org, by mail, in person at the Academy during regular business hours or, depending on availability, on the night of the program when the doors open at 6:30 p.m.

The Samuel Goldwyn Theater is located at 8949 Wilshire Boulevard in Beverly Hills. For more information, call (310) 247-3600 or visit www.oscars.org.