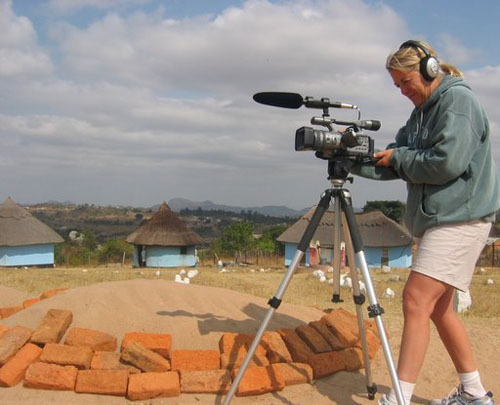 American filmmaker Michealene Cristini Risley (right) met Zimbabwean social activist Betty Makoni at an International Development Exchange event in San Francisco. Risley was impressed with Makoni’s achievements as the founder of Zimbabwe’s Girl Child Network, an organization dedicated to helping young women and girls who have survived rape, a not uncommon occurrence in a part of the world where the spread of HIV remains out of control and “healers” prescribe “young (female) virgins” as a cure for males infected with the virus.

Now in post-production, Tapestries of Hope became – or rather, is becoming – the film that chronicles Makoni’s efforts to empower women in a country ravaged by disease, poverty, corruption, and civil rights abuses. Risley herself witnessed abusive conditions in Zimbabwe first-hand when she was arrested and later deported – officially for filming without a journalist’s permit in that country.

According to Risley, Tapestries of Hope should be ready in January 2009. A rough cut has already been submitted to the Sundance Film Festival.

The filmmaker has kindly taken time away from her project to answer a few questions via e-mail about her film. See below. 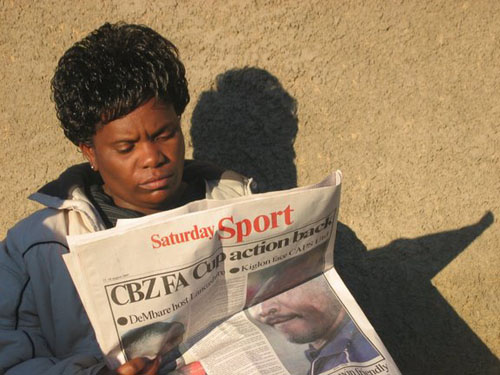 On the Tapestries of Hope site, there’s mention of your “serendipitous” encounter with Girl Child Network founder Betty Makoni (above). What exactly made you decide to travel to Zimbabwe to make a documentary about Makoni’s work?

I met Betty back in the spring of 2007. Both of us are child abuse survivors. We had a lot in common and spoke the same “language.”

For most people around the world, Africa might as well not exist. The Tutsi genocide in the mid-1990s received relatively scant attention in much of the media – and most people around the globe today would probably be hard-pressed to describe, however vaguely, what happened in Rwanda at that time. So, I’m curious as to the sort of reaction your Africa-set project has been receiving. Are people paying attention to what you have to say?

It is true that many people’s brains shut off when we begin to talk about the issues of Africa. And there are so many issues. I personally had no desire to go, and avoided it, until I could not avoid it any longer. In fact, at one point I was going to hire a crew to shoot over there for me and send the footage back. It would have been a big mistake.

The film not only has the hurdle of “Africa,” but issues of rape and abuse that many people everywhere are uncomfortable talking about. However, the fact that this is so atrocious … and it is happening to infants, makes people react in horror and then ask to do something.  Perhaps this will help when the film comes out.

We have also gathered a serious group of followers from Facebook and other sites. 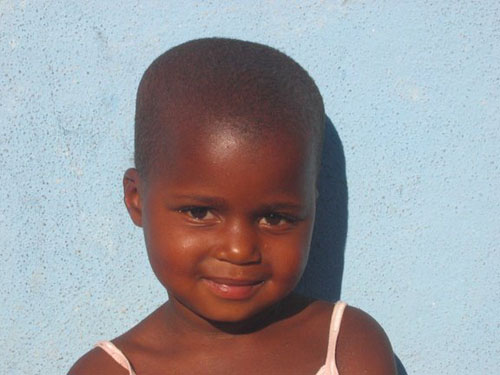 Tapestries of Hope chronicles Makoni’s fight to rehabilitate young girls who have been victims of rape while trying to prevent other girls from becoming victims. How does she plan to achieve that goal, considering that – at least as per several reports (including info found on the film’s site) – healers tell HIV-infected men to rape a female virgin so as to be cured, while women are still seen as men’s possessions in many African cultures?

Education, education, education. Not only is the Girl Child Network teaching girls how to find and use their voice, but in this Third World, under-resourced country, in many ways she is doing a far better job than we are here in the United States. We also sat down with the Traditional Healers in Zimbabwe in the film. Quite revealing.

While I’m at it … In Tapestries of Hope, do you attempt to explain why healers insist on the rape “cure” when it’s obvious that what they’re doing is actually helping the spread of the disease? Were you able to interview any of those healers?

Yes, we do explain the origins of this “myth”… at least as much as is known. We actually interview a man who rapes a young girl to cure his AIDS [infection] without success.

When you, Makoni, and your assistant Lauren Carara were arrested by Zimbabwean Central Intelligence officers, what was their charge?

The initial charge was operating as a journalist without a license. Totally trumped-up charge.

During the interrogation, what did they want to know? In other words, why was the Zimbabwean government afraid of a filmmaker working on a documentary about rape and the spread of HIV?

They interrogated us for three days, so there were lots of questions they asked.

I ended up being interrogated by the head of the CIO and he was nasty! He was convinced that I was a CIA agent.  I started to make a few cracks that I didn’t even like our current president, and then realized how dangerous it was to joke.  The head of the CIO said, “We believe that Mugabe and Bush are cut from the same cloth.”

How did you complete your film after being kicked out of Zimbabwe? And what happened to Betty Makoni, since – I assume – she stayed behind after having run afoul of that country’s government?

I got deported after a week of filming. My assistant and I were deported to South Africa, where we had to stay until we could get a flight out. (Four days.) It ended up that I was invited to speak at the United Nations in March, and Betty was invited there to launch the UN’s global launch to stop violence against women.  We then had a chance to hang out and finish filming…

Excellent piece, just blogged about it on Shaping Youth, and am thrilled to find out about your AFG site too…(linked to that as well)

We’re covering “All Things Girl’ in a series this week and this particular post was all about GirlChild Press…so it’s nice to add this GirlChild Network FILM into the mix!

I want to continue to support this vital project, and look forward to many more important films like it, coming out of your org (and out of Michealene for that matter!) ;-)

p.s. I added the trailer to the film onto our site too, great stuff…