Andre Soares 11 years ago
Farley Granger shirtless publicity shot ca. late 1940s. A Samuel Goldwyn discovery, dark and handsome Farley Granger might have become a bigger star had he not been under contract to the independent producer, whose output was considerably more limited than that of the major studios. Apart from the box office hit Hans Christian Andersen, Granger’s most important movies were those he made away from Goldwyn: Nicholas Ray’s They Live by Night, Alfred Hitchcock’s Rope and Strangers on a Train, and Luchino Visconti’s Senso. Farley Granger, who died at age 85 on March 27, is the first film luminary seen in this year’s “TCM Remembers.”
Contents hide
1. ‘TCM Remembers 2011’: From old-timers Farley Granger & Annie Girardot to a couple of actresses who made their name in notorious ‘sex films’
1.1. Farley Granger
1.2. Anne Francis & Yvette Vickers & Elaine Stewart
1.3. Dana Wynter
1.4. Annie Girardot
1.5. Marie-France Pisier
1.6. Diane Cilento
1.7. Googie Withers
1.8. Susannah York
1.9. Michael Sarrazin
1.10. ‘Sex film’ actresses Lena Nyman & Maria Schneider

‘TCM Remembers 2011’: From old-timers Farley Granger & Annie Girardot to a couple of actresses who made their name in notorious ‘sex films’

“TCM Remembers 2011” is out. As always, Turner Classic Movies’ latest “TCM Remembers” compilation is an impressive tribute, saluting dozens of world cinema personalities who left Planet Earth this past year.

Names range from Hollywood stars Farley Granger and Elizabeth Taylor to French cinema stars Annie Girardot and Marie-France Pisier; from British cinema stars Diane Cilento and Googie Withers to Lena Nyman and Maria Schneider, the female leads in a couple of scandalous “sex films” of the 1960s and 1970s.

Immediately below is the “TCM Remembers 2011” video, to the tune of OK Sweetheart’s “Before You Go.” Further down is a list of most of the talent featured in it.

A Samuel Goldwyn discovery, “TCM Remembers” honoree Farley Granger began working in front of the camera in the mid-1940s (The North Star, The Purple Heart). Following a four-year break, his Hollywood career finally took off later in the decade.

Yet with the exception of Charles Vidor’s 1952 box office hit Hans Christian Andersen, with Danny Kaye in the title role, Granger’s most important films were those he made away from Goldwyn:

After his Hollywood career went downhill in the late 1950s, Granger traveled east, initially to Broadway (First Impressions, The Crucible) and then further east, to Italy, where he starred in a series of B thrillers/horror dramas, among them Mario Colucci’s Something Creeping in the Dark (1971), Roberto Bianchi Montero’s So Sweet, So Dead (1972), Renzo Russo’s The Red Headed Corpse (1972), and Giovanni d’Eramo’s Death Will Have Your Eyes (1974).

Farley Granger’s lover/companion of nearly five decades was TV producer Robert Calhoun (1930–2008). In the late 1980s, Granger was featured in several episodes of Calhoun’s soap opera As the World Turns.

A busy TV actress all the way into the early 21st century, Anne Francis made an Emmy-nominated splash as the groovy private eye Honey West in the series (1965–1966) of the same name.

Vixenish Yvette Vickers was the memorable victim of Allison Hayes’ 50-foot woman in Nathan Juran’s Attack of the 50 Foot Woman (1958) and of a bunch of giant Everglades leeches in Bernard L. Kowalski’s Attack of the Giant Leeches (1959).

Another 1950s leading lady seen in “TCM Remembers” is Berlin-born, British-raised Dana Wynter, who has a special place in film history for her – excellent – performance as Kevin McCarthy’s companion in Don Siegel’s horror/sci-fi classic Invasion of the Body Snatchers (1956).

Wynter was also featured in prominent roles in several other prestigious 1950s releases, including Henry Koster’s D-Day the Sixth of June (1956), enmeshed in a love triangle with Robert Taylor and Richard Todd; Richard Brooks’ Kenya-set race/political drama Something of Value (1957), opposite Rock Hudson; and Michael Anderson’s 1920s Dublin-set I.R.A. drama Shake Hands with the Devil (1959), with James Cagney and Don Murray. 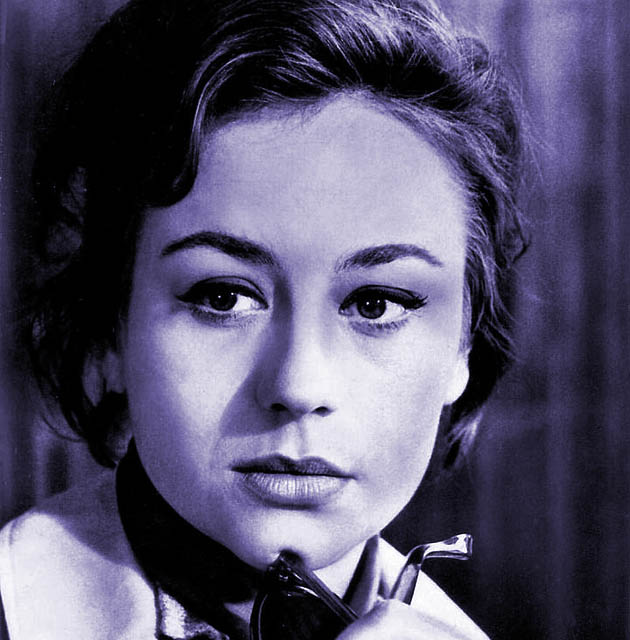 Annie Girardot in Rocco and His Brothers. Although mostly focused on Hollywood talent, “TCM remembers” does pay homage to a good number of film personalities who made their mark outside the American film industry. Case in point is French superstar Annie Girardot, winner of three César Awards (Best Actress for Docteur Françoise Gailland, 1972; Best Supporting Actress for Les Misérables, 1995; and The Piano Teacher, 2001), one Venice Film Festival Best Actress Volpi Cup (Three Rooms in Manhattan, 1966), and one David di Donatello trophy (Run After Me Until I Catch You, 1976; tied with Faye Dunaway for Network).

One of the non-Hollywood luminaries found in the 2011 edition of “TCM Remembers,” Paris-born Annie Girardot was seen in nearly 120 titles over the course of nearly six decades.

In recent years, Annie Girardot had memorable supporting roles in a couple of disturbing Michael Haneke dramas: as Isabelle Huppert’s abusive, unbalanced mother in The Piano Teacher (2001), which earned her a Best Supporting Actress Prix César, and as Daniel Auteuil’s mother in Caché / Hidden (2005).

Another French star seen in “TCM Remembers” is French Indochina-born Marie-France Pisier, who was featured in 60 movies from 1961 to 2010.

Her more distinguished efforts include Luis Buñuel’s subversive comedy of mores and manners, The Phantom of Liberty (1974), in which Pisier is seen at a social gathering, with her dress pulled up as she sits on the toilet along with the other guests; Jacques Rivette’s Celine and Julie Go Boating (1974); Jean-Charles Tacchella’s international hit Cousin Cousine (1976); François Truffaut’s Love on the Run (1979); and George Kaczender’s Chanel Solitaire (1981), as Coco Chanel.

Although never a Hollywood star, Marie-France Pisier has one huge U.S.-made hit to her credit: the trashy soap opera The Other Side of Midnight (1977), directed by another 2011 departed, Charles Jarrott, and in which Pisier gamely delivers – with a straight face – some of the most inane lines in movie history.

One more non-Hollywood talent not forgotten by “TCM Remembers”: Australian-born actress Diane Cilento, who became a British cinema leading lady in the mid-1950s (The Passing Stranger, The Admirable Crichton).

Her international career took off in the following decade, with important roles in Tony Richardson’s Tom Jones (1963), which earned her a Best Supporting Actress Oscar nomination; Carol Reed’s period drama The Agony and the Ecstasy (1965), opposite Charlton Heston as Michelangelo and Rex Harrison as Pope Julius II; and Martin Ritt’s Western Hombre (1967), in which she’s outstanding as one of Paul Newman’s fellow stagecoach passengers. 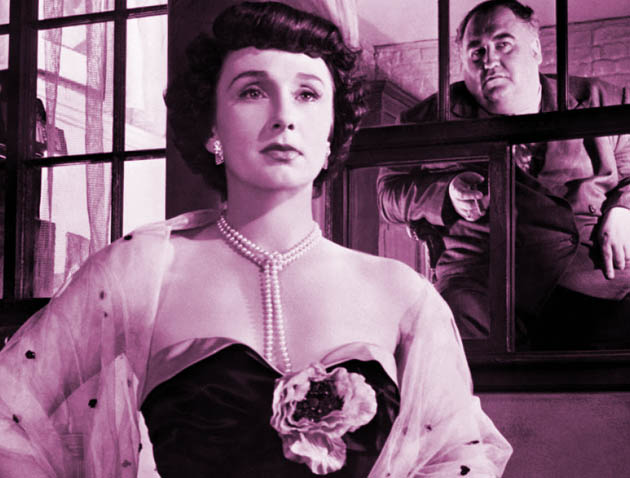 Googie Withers in Night and the City, with Francis L. Sullivan. Karachi-born Australian actress and “TCM Remembers” celebrity Googie Withers became a popular performer in British comedies and dramas of the 1940s and early 1950s, such as One of Our Aircraft Is Missing, On Approval, Dead of Night, It Always Rains on Sunday, The Loves of Joanna Godden, Miranda, and White Corridors. In Jules Dassin’s crime drama Night and the City (1950), starring Hollywood imports Richard Widmark and Gene Tierney, Withers plays the estranged wife of nightclub owner Francis L. Sullivan.

“TCM Remembers” honoree Googie Withers was another Australian (but Karachi-born) actress in mostly British films. She began working in front of the camera in the mid-1930s, usually in supporting roles in low-budget fare like Michael Powell’s The Girl in the Crowd (1935), in which she was hired as an extra before being promoted to second lead, and Alfred Zeisler’s Crime Over London (1936).

Googie Withers became a well-regarded name in the 1940s, perhaps most memorably:

Googie Withers and John McCallum were married in 1948. Eleven years later, the couple moved back to Australia, where they continued working on stage and television. Their marriage lasted until McCallum’s death at age 91 in 2010.

Although never a top box office draw, London-born, “TCM Remembers” actress Susannah York was seen in three of the most renowned English-language cinema productions of the 1960s.

Quebec City-born Michael Sarrazin seemed poised to become a major Hollywood name after costarring with Jane Fonda in They Shoot Horses, Don’t They?. Yet he never quite fulfilled his potential, spending most of his film career stuck in little-seen, largely forgotten fare.

Among the few noteworthy Sarrazin efforts are:

Michael Sarrazin’s last movie was Walter Salles’ yet to be released On the Road.

Like fellow 2011 departed Mary Murphy, Maria Schneider was Marlon Brando’s leading woman in a controversial drama. But that’s where the similarities between Murphy and Schneider – and between The Wild One (1953) and Bernardo Bertolucci’s psychological drama Last Tango in Paris (1972) – end.

Schneider’s biological father – she was raised by her mother – was actor Daniel Gélin (La Ronde, Edward and Caroline). He died at age 81 in 2002.

Alfred Hitchcock Movies: ‘I Confess’ & ‘Strangers on a Train’

The background song is “Before You Go,” by OK Sweetheart.

The TCM Remembers 2011 is very moving, helping us remember some huge names. Their choice of music is perfect and is what brought me here. I had to know who did it. Thank you.

TCM missed Dolores Fuller, Ed Wood’s favorite actress. How they could include overseas no-names but miss a low-budged movie legend is beyond me. They did the same with Ann Savage in 2008. TCM must look down upon B-movies. Disgraceful.