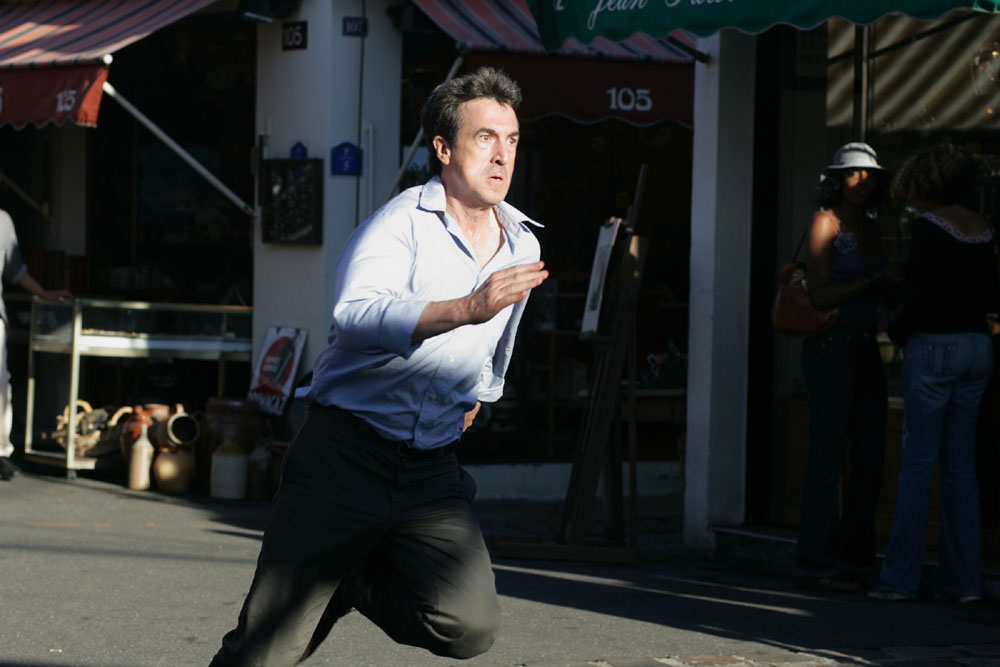 François Cluzet in Tell No One.

Several weeks ago, I chatted with actor-director-screenwriter Guillaume Canet, 35, at a West Hollywood hotel where Canet was promoting his romantic thriller Tell No One / Ne le dis à personne, which opens in Los Angeles and New York City tomorrow.

Based on Harlan Coben’s bestseller, Canet’s accomplished and visually lush thriller follows pediatrician Alexandre Beck’s efforts to prove to the police that he did not kill his wife eight years earlier – while at the same time attempting to prove to himself that his wife may actually be alive.

The nearly flawless all-star cast features François Cluzet (right, best known in the US for playing opposite Dexter Gordon in ‘Round Midnight) as the pediatrician-in-distress, the invariably superb Marie-Josée Croze (above, with Canet) as his wife, Kristin Scott Thomas, André Dussollier, Nathalie Baye, François Berléand, Jean Rochefort, Marina Hands, Gilles Lellouche, Florence Thomassin, Jean-Pierre Lorit, Olivier Marchal, Brigitte Catillon, and Philippe Lefebvre (“Jack Jefferson” in OSS 117: Cairo, Nest of Spies), with whom Canet co-wrote the screenplay. The son of horse breeders in real life, Canet himself has a small – but crucial – role as a jockey.

Why did you choose to co-adapt Harlan Coben’s novel for your second feature film? [Canet’s feature-film debut was Mon idole, released in 2002.]

Because I read the book and I was so amazed by the quality of the characters; how they’re deep and well-constructed. And I really liked the fact that the love story is the engine of the thriller. I thought that the situation of this man, losing his wife, spending 8 years unable to rebuild his life would be great to have on film because it is a great love story.

Tell No One was supposed to have been an American production. But the deal fell through and you came aboard. How did that happen?

Several months later, I was in LA having lunch at a festival, and I sat near Michael Apted. I told him that I was very disappointed because he was going to direct a movie [from a story] I really loved. And he said, “You know what? I’m not doing it anymore. So do it yourself.” He said it as a joke, but I pretended I was going to the bathroom, I called my producer and I told him, “We can do it!”

Then we had to get the rights to the book. So, I had to convince Harlan Coben [to sell them to us]. I sent him big letters explaining how I wanted to adapt his book, why I wanted to adapt it. I talked to him about the love story, which was really important to him – and to me.

Have you heard from him since Tell No One came out?

Yes, he is crazy about the movie. He’s been calling me and sending me e-mails all the time. 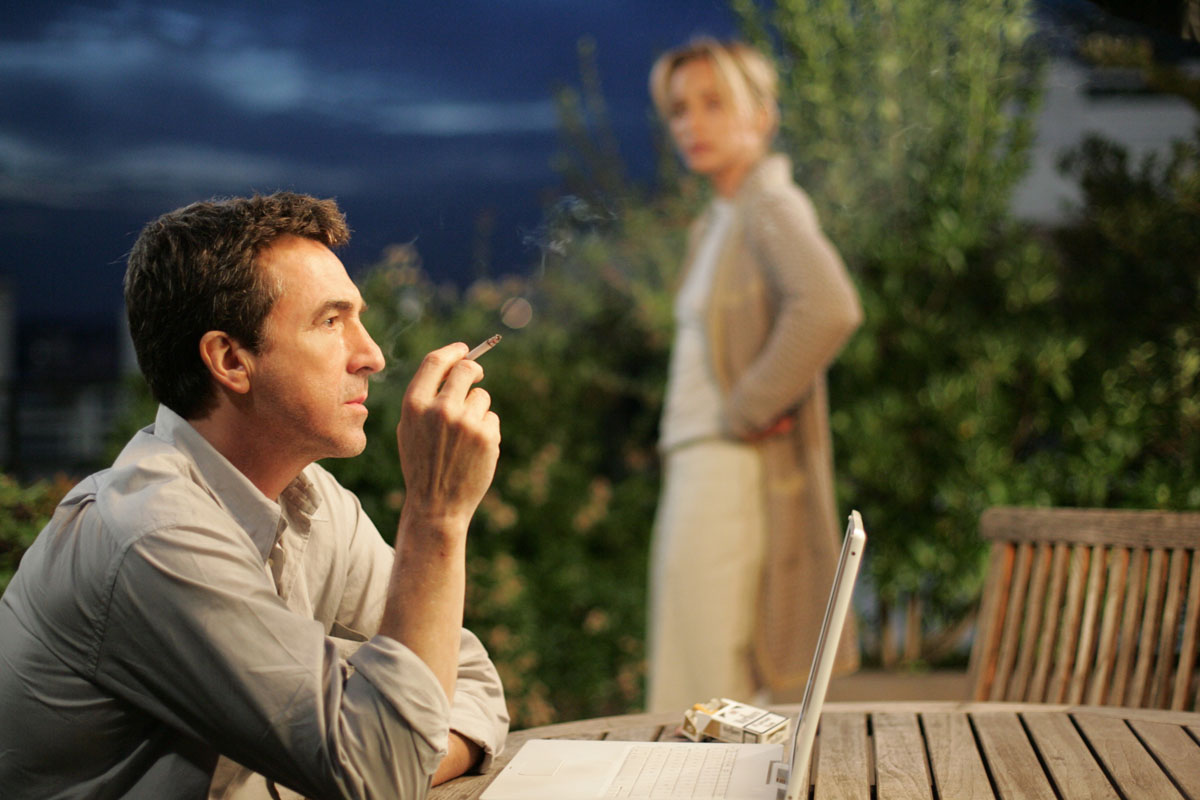 Were there many changes made for the film version?

Yes, I made a lot of changes. At the ending, all the explanations … We had to change those a lot because in the book there were so many things that were really great for a book but [that was] stuff you can’t put on the screen. There were some little details resolved too easily and too quickly. When you read a book you have so much information, but when you have actors on the screen big explanations just don’t work. So, I had to change some of that. But the book was so well-constructed that once you changed a little bit, everything fell apart. That’s why in the end I had to make some big changes.

Also, I changed some of the characters. In the movie, there’s this woman who uses her fingers [as torture weapons]. That was a Chinese guy in the book, but I thought it’d be a little bit of a cliche to see a Chinese guy who’s a specialist in martial arts.

I also had to get rid of a lot of characters. And the horse-riding scenes were not in the book, either.

You and Philippe Lefebvre collaborated on the script of Tell No One. How did that work?

We’ve known each other for a long time. So, we have no trouble saying the wrong things. We just go talking, talking, talking, throwing ideas [at each other], even if they’re not good. As soon as we had the basic structure and we knew what was going on, we split [our work on] the scenes. Then we’d send scenes to each other and share our judgments about them. After that, we polished the whole script together.

It helps to have the characters not talking the same way – as it happens [in some films]. The fact that we were not doing the dialogue at the same time helped because then [the film’s characters] talk differently. 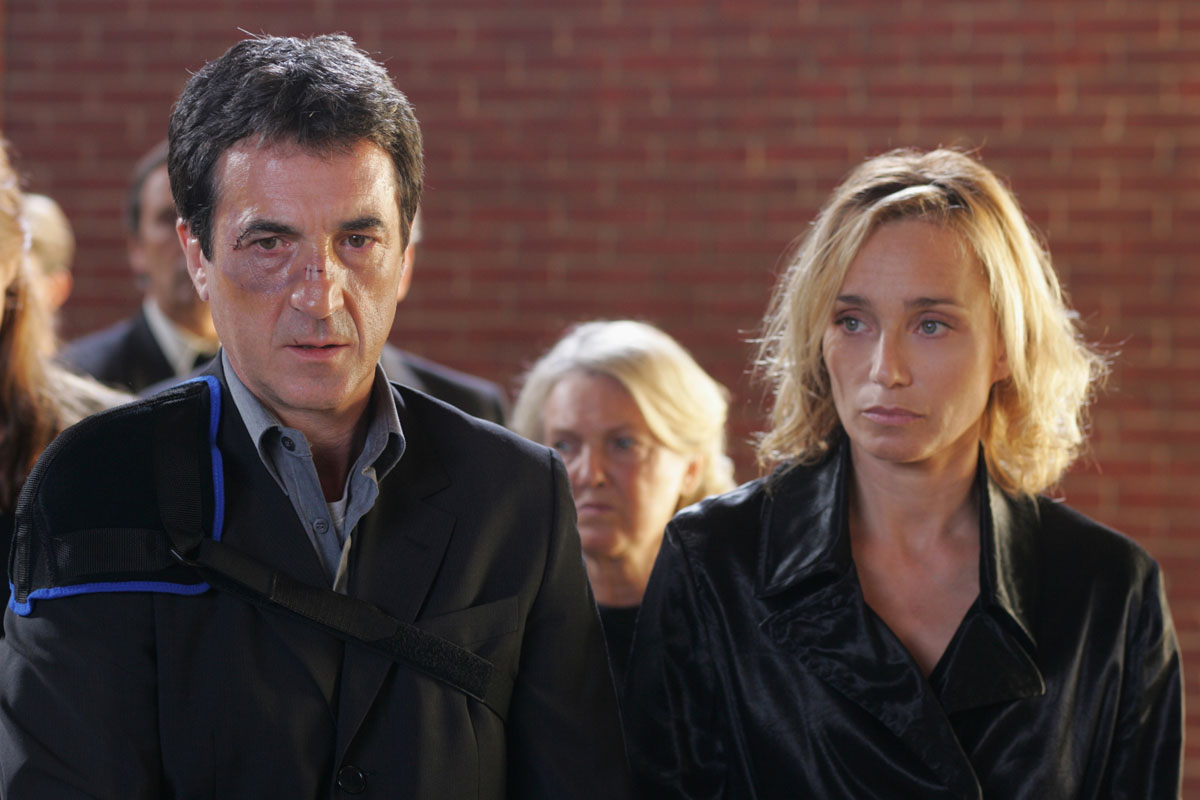 How did you get so many top names to appear in Tell No One?

My passion. My passion about the script, about the story. They’d all seen my first movie, so that’s convinced them, too. And they saw that I really knew what I was doing. [While directing,] I was trying to forget who they were. When I was talking to Jean Rochefort, I was just trying to forget [who he was] and not be afraid. 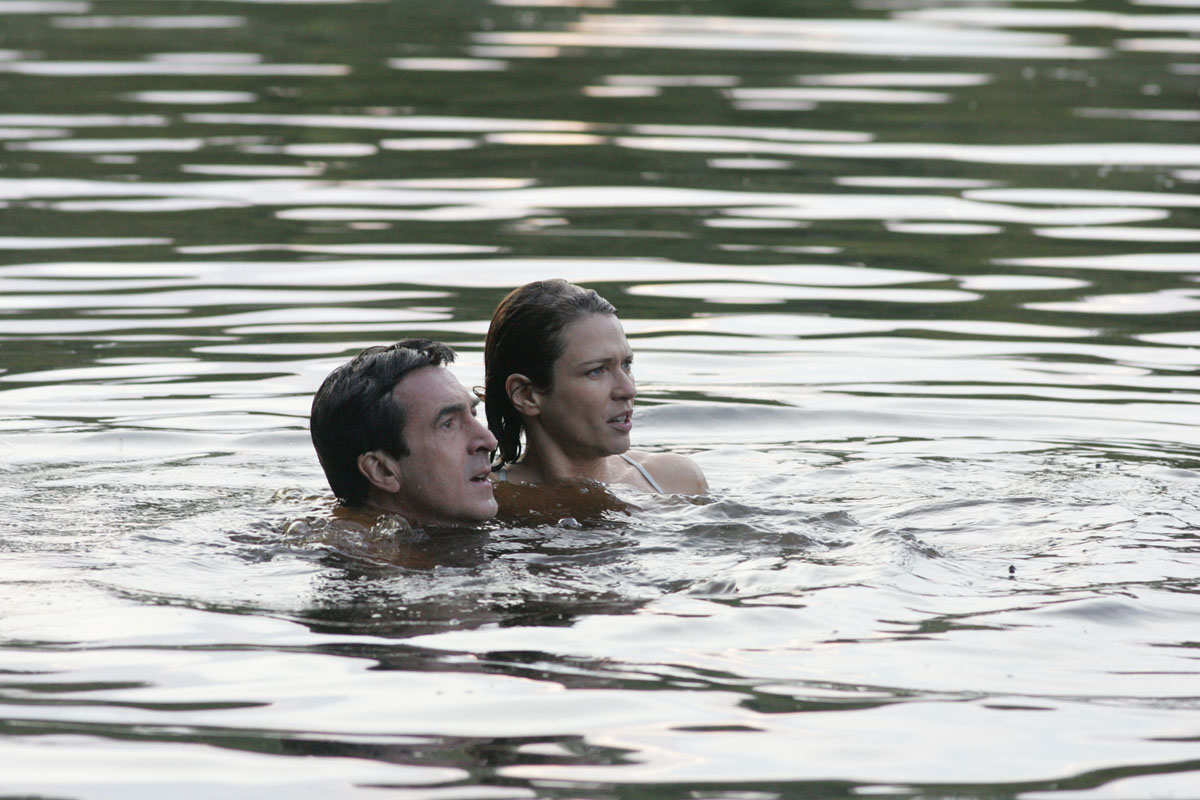 What were your and cinematographer Christophe Offenstein’s choices for the film’s look?

What was important to me was to show the details. And to go in a surgical way of shooting because the plot is so crazy – a man loses his wife and suddenly she reappears 8 years later. I wanted all the rest to be really realistic. And that’s why we shot it with handheld cameras, to have this realistic way of telling the story. And Christophe is like my brother. We did all my shorts together. We were both operating the two cameras. So we had this really big complicity.

What would you say was the most difficult thing about making Tell No One?

To be able to do the movie exactly the way I wanted to do it, without any pressure from the financiers. That was really complicated because they didn’t want [me to cast] François Cluzet because they thought he was not a big enough name to carry a film of that budget. But I succeeded in convincing them.

Do you have a deal for an American remake?

We have a lot of proposals. But we put those to the side because we’re waiting for the film to come out. I thought it would be important for the film to have a chance to find an audience.

‘After Winter Comes Spring’: Movie Series Celebrating the Fall of the Berlin Wall

I have listened to almost all of Mr. Cobens books. And when I found out that one was being made into a movie. I was happy and could not wait to see it. Even though it was a French film and I don`t speak French. I still think its one of the best films I`ve seen all year. I hope that there are more to come. Thank you.

Oh man, is this great film openning just now in Amercia. It’s awsome. Pretty good really and premiered here in Brazil a couple of years ago, I guess. Marie-Josée Croze is very beautiful and her scene at the lake with François Cluzet leaves no doubt about that. Nice and visually overwhelming thriller. Cluzet’s scene ate the square is one of the best of a film that surely deserves attention.

Great interview. This looks like a very interesting film, and I hope it gets wide release. I love the poster, too!