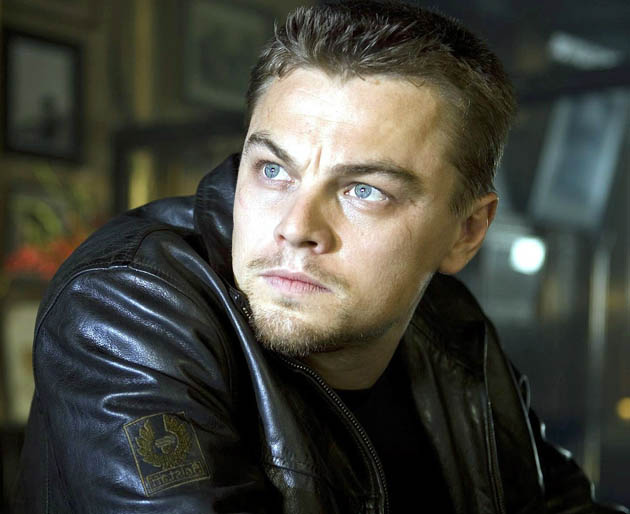 The Departed with Leonardo DiCaprio.

That The Departed turned out to be a (generally) efficient entry in the cop flick genre should come as no surprise to anyone. What I found (somewhat) surprising is that the Scorsese effort that would finally earn the veteran director an Oscar turned out to be little more than an A-budgeted, run-of-the-mill B-movie – one that happens to be both way overlong and laughably absurd, and that features some of the worst overacting ever captured on camera.

The multiple-award-winning Jack Nicholson is responsible for some of the most sensitive, well-rounded performances of the 1970s. Every few years, Nicholson still manages to create a thoroughly believable screen character. In The Departed, however, his portrayal of a Boston mobster comes across as the sort of self-indulgent, over-the-top burlesque that ruins dramas even while winning critical raves and assorted awards. “Ohmygawd, did you see how he manages to lift one eyebrow all the way to the top of his forehead while the other goes way down to the bottom of his lower lip? That’s real acting!”

Scorsese, who should have known better, clearly let the veteran actor do as he pleased, a mistake the director had also made several times in the past with master scenery-chewer Robert De Niro (e.g., New York, New York, The King of Comedy). Perhaps Scorsese was hoping for the Boston underworld’s Randle Patrick McMurphy of One Flew Over the Cuckoo’s Nest; instead, he got the male Baby Jane of the Irish mafia. The only thing missing is the curly blond wig.

While Nicholson’s foaming-at-the-mouth thug throws The Departed completely off-balance, Leonardo DiCaprio and Vera Farmiga try to pick up the pieces. As always – even when miscast, as in Scorsese’s The Aviator – DiCaprio is thoroughly convincing.

Yet, Farmiga is the one who delivers the film’s most authentic performance. Surrounded by a number of actors (Nicholson, Alec Baldwin, the Oscar-nominated Mark Wahlberg, among others) who seem to believe that more is better, the actress opted for a different route: she obstinately underplays her already underwritten character to such an extent that she ends up stealing the show. I should note that the flat homage to Carol Reed’s The Third Man near the end of The Departed is not Farmiga’s fault.

Since I haven’t seen Wai-Keung Lau and Alan Mak’s Infernal Affairs, I don’t know which of the flaws found in The Departed stem from the (much shorter) original and which ones were concocted by Scorsese and William Monahan (and/or the studio, Warner Bros., and/or the film’s producers). But those flaws are there, ranging from the thriller’s frequent lack of thrills and its unnecessary 152-minute running time (a good half hour could easily have been excised) to a – literally – mind-blowing finale that makes a bloody mess out of heads, logic, and any sense of verisimilitude The Departed might have had.

Avatar vs. Titanic Box Office: Which Is the Most Successful James Cameron Movie?

Could not agree more about Nicholson. I can’t watch the movie because of his performance.

But I couldn’t disagree more with your assessment of DeNiro’s performance in King of Comedy. I think that it’s an incredibly underrated gem and DeNiro was tremendous.

I’ve seen both the films. While I liked Infernal Affairs pretty well, I still liked The Departed a little better. Both have their fair share of absurdities but I still enjoyed them. I especially liked DiCaprio, who managed to make his character pretty sympathetic overall and was, along with Farmiga, the film’s beating heart. Matt Damon also did a very fine job as DiCaprio’s counterpart. I do disagree strongly about Nicholson. Yeah, he was a bit over the top at times but he was an effective thug with a scary and unpredictable disposition that worked well in a number of scenes. Entertaining, too.

Thanks for writing, Sheila. We’ll have to agree to disagree on Nicholson…
The one time I remember enjoying Nicholson’s overacting was in “A Few Good Men.”

I’ll make sure to check it out.

Watch the original it’s worth it. This remake falls way short.

I agreed with and enjoyed your review except for the portion where you claim that Dicaprio was mis-cast for Hughes in the Aviator. After watching The Aviator several times I can say with absolute certainty that the role of Hughes was by far the most defining role of his career up until this point. I mean come on, how many actors besides Dustin Hoffman can play a character that mentally disturbed? He also brought a certain swagger (even in the vulnerable parts) to Hughes that I think was superb.

I liked The Departed. Yes, Nicholson was very over the top, but I think Scorcese handled most of the male performances in a cool way.