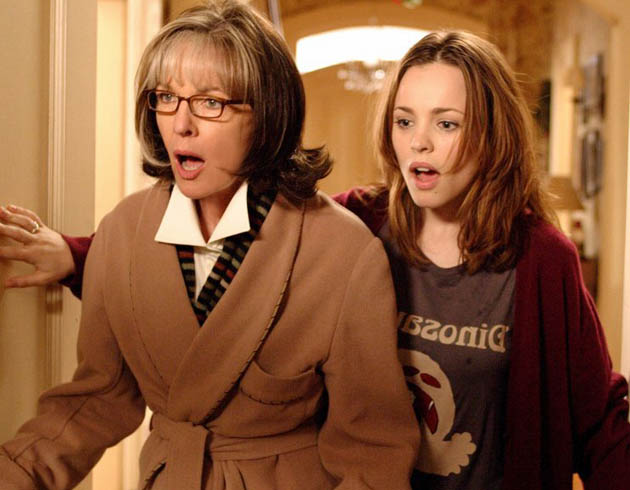 The Family Stone with Diane Keaton and Rachel McAdams. A touch of the Bullocks from My Man Godfrey or the Sycamores from You Can’t Take It with You or even the Rimplegars from Three Cornered Moon might have helped out the Stones, the smugly liberal New England clan that gives progressives everywhere a bad name. Ironically, the most sympathetic character in Thomas Bezucha’s family/romantic comedy is an emotionally and intellectually constipated “conservative” played by former Sex and the City actress Sarah Jessica Parker.
Contents hide
1. The Family Stone movie review: Obnoxious New England clan is the embodiment of liberal smugness
1.1. Sympathetic ‘conservative’
1.2. Appalling anti-bigots
1.3. Less would have been more

The Family Stone is an unconvincing fairy tale that might have worked in reverse. In other words, everything falls into place at the end of Thomas Bezucha’s family/romantic comedy-drama, but not in the way it should. That’s chiefly because the most likable character in the film is the one audiences are supposed to have little sympathy for.

Yet this viewer was actively rooting for the sexless, uptight, anal-retentive Meredith Morton (Sarah Jessica Parker) – surely a Republican Committee member and the fiancée-to-be of Everett Stone (Dermot Mulroney), brought into the Massachusetts home of the liberal-minded Stone family for their annual, miserable little Christmas celebration.

Meredith, to be given the titular Stone family’s heirloom once Everett proposes to her, should have taught her self-important hosts a few, however unpalatable, lessons in progressive – or rather, humanistic – behavior. Unfortunately for both the character and the film itself, she and klutzy sister Julie (Claire Danes) end up melding into them.

Considering how obnoxiously and hypocritically p.c. the Stones are, it’s no wonder the total outsider, however reactionary, comes across as the only one in the bunch deserving of empathy. Meredith is mistreated by the Stones even before they get to know her – and, poor thing, to walk around as if she’s perennially constipated must be horribly unpleasant.

Meredith also wins points as a result of Sarah Jessica Parker’s performance, which happens to be just about the only element in The Family Stone that bears a semblance of truth. Her comic timing may come and go, but Parker does manage to create a passably three-dimensional person out of the cardboard character given her.

The other actors – the cast also includes Best Actress Academy Award winner Diane Keaton (Annie Hall, 1977), Rachel McAdams, Craig T. Nelson, Luke Wilson, and Elizabeth Reaser – either have no role to speak of, or they fall into the trap of cheesy comedy and, with one exception duly noted further below, even cheesier melodrama.

Worst of all is an overly dramatic dinner table sequence in which the Stone matriarch (Diane Keaton) fiercely defends her gay son (Tyrone Giordano) against meddlesome Meredith’s remarks on homosexuality. For once, this viewer sided with the bigots.

The one exception to this overabundance of cloying good intentions is the moment when, while lying in bed, Keaton shows her husband (Craig T. Nelson) her post-mastectomy physique.

Less would have been more

Elsewhere, The Family Stone‘s unfunny/undramatic moments are underlined by Michael Giacchino’s overbearing score, the likes of which makes the more bombastic exemplars of John Williams film music seem as subtle as a Mozart sonata.

In all, less – music, sentiment, good intentions – would have helped to make The Family Stone a more believable, more affecting, and more effective cinematic experience.

I loved The Mother’s character. The family comes off as warm and loving.