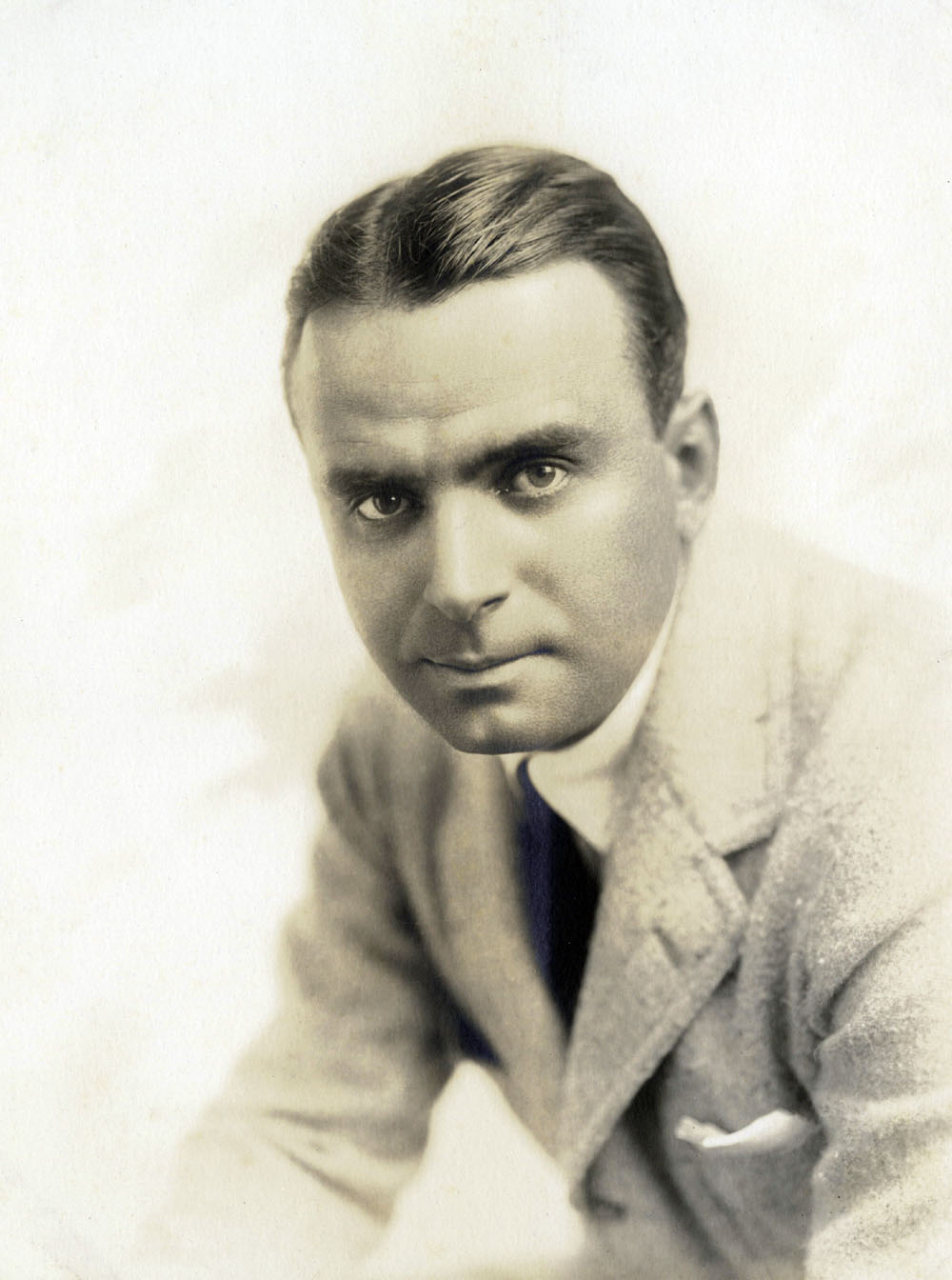 “Douglas Fairbanks as The Gaucho” is the Academy of Motion Picture Arts and Sciences’ celebration of Hollywood’s biggest (perhaps “first” as well) action-adventure star of the silent era – or, quite likely, of any era. Douglas Fairbanks, the swashbuckling, energetic, ever-grinning hero of The Mark of Zorro, The Three Musketeers, Robin Hood, The Thief of Bagdad, The Black Pirate, and The Iron Mask, will be seen at a special screening of The Gaucho (1927) on Thursday, Nov. 6, at 7:30 p.m. at the Samuel Goldwyn Theater in Beverly Hills.

This new print from the Museum of Modern Art (website) of Fairbanks’ penultimate silent film will be presented with live quintet accompaniment, featuring music composed and conducted by Michael Mortilla. The screening will be preceded by outtakes shot in two-strip Technicolor.

“Douglas Fairbanks as The Gaucho”is presented in conjunction with the publication of the Academy’s new book Douglas Fairbanks by Jeffrey Vance, with Tony Maietta and photographic editor Robert Cushman. All three contributors will be on hand signing books before and after the screening.

Directed by the now obscure F. Richard Jones, The Gaucho is set high in the Andes mountain range, with Fairbanks (credited for the film’s story as “Elton Thomas”) playing – as per the Academy’s press release – “a reckless Argentine outlaw whose prowess with pistols, swords and bolas is matched by his ability to tango, scale buildings and seduce women.” Lupe Velez, best known for the Mexican Spitfire series, is the gaucho’s untamed señorita, a mountain girl more feral than a pack of cougars. There’s also something or other about a nasty general, a holy Catholic shrine, bouts of leprosy, and loads of gold. Ultimately, whatever the plot, what truly matters in The Gaucho – as in every other Fairbanks vehicle of the 1920s – is sure to be the star’s acrobatics.

“Mr. Fairbanks is no less agile than he has been in other productions,” wrote Mordaunt Hall in the New York Times, “perhaps he has even more chances here to display his agility, for he not only vaults into the saddle with amazing speed, but when he escapes from a prison cell he performs antics that even simians might envy. He clambers up trees as no South Sea Islander could, and then swings from branch to branch, finally counting on a young tree to bend over and let him drop quietly to the ground.” 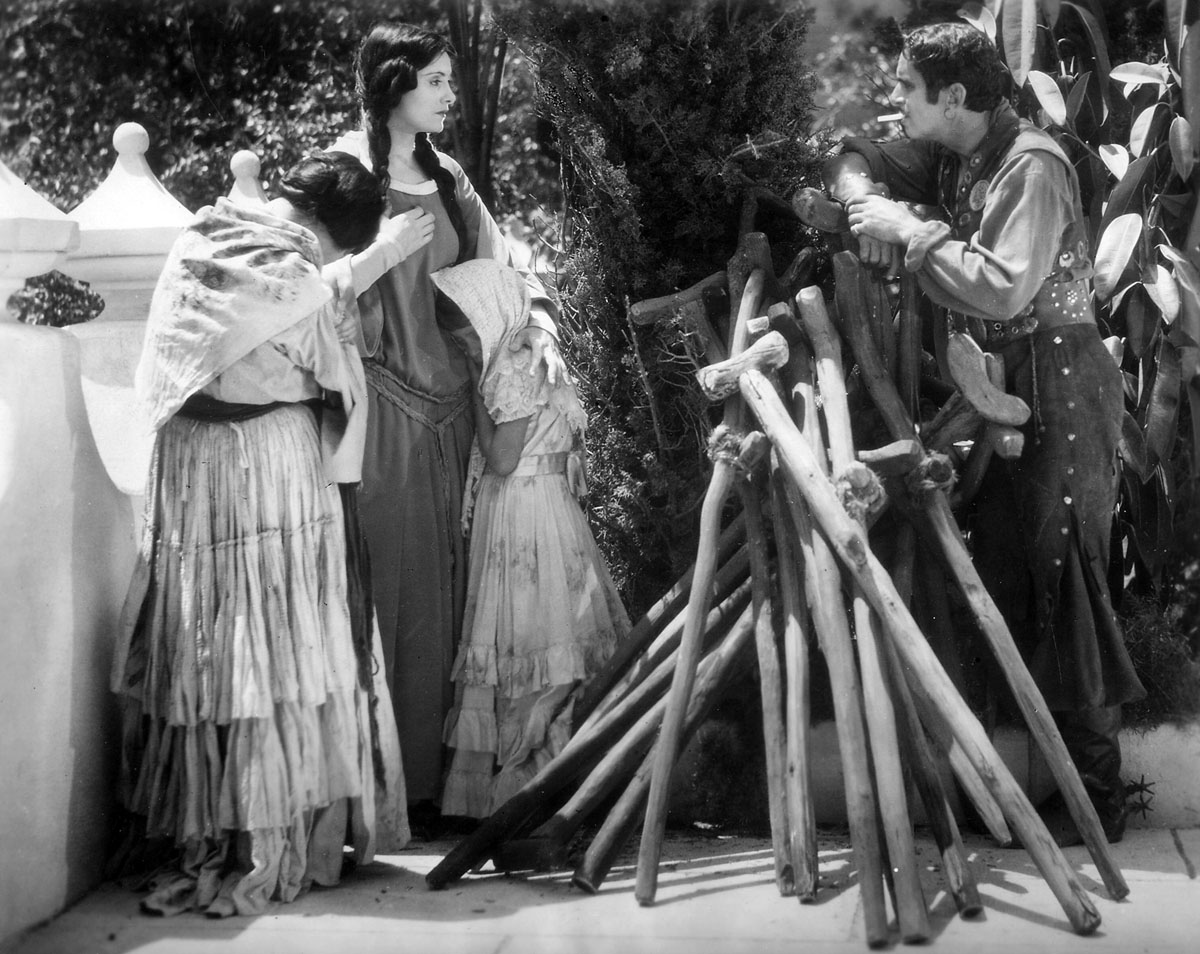 Also in the Gaucho cast: Eve Southern (as the miracle girl, pictured opposite Fairbanks), Gustav von Seyffertitz, Nigel De Brulier, and Michael Vavitch. Mary Pickford, Fairbanks’ wife at the time, has an uncredited bit as the Virgin Mary.

Now, you ask, what the heck is the Virgin doing in the Andes? Shouldn’t she be at a holy shrine in Mexico somewhere? Actually, considering that gods and saints can pop up anywhere they please, a more pertinent question would be: what the heck is a Gaucho doing in the Andes, when that moniker applies to cowboys in the plains of northeastern Argentina, Uruguay, and southern Brazil? Well, go to the Gaucho screening and find out for yourself what’s brought madonnas and cowpokes to South America’s mountaintops.

The Academy’s press release goes on to explain that in addition to being one of the silent era superstars, Douglas Fairbanks “served as the Academy’s first president, and through the organization he helped develop the first university-level film studies curriculum, personally delivering the first lecture in film appreciation at USC. Fairbanks also was a founder of United Artists, and along with his wife Mary Pickford was the first to be immortalized in the Grauman’s Chinese Theater footprint ceremony [image; though Norma Talmadge was the first star to have her shoeprints engraved for posterity on the theater’s pavement when she accidentally walked on wet cement]. His civic leadership and vision for Beverly Hills resulted in the unique cathedral-like design for the waterworks facility that today serves as the Academy’s Fairbanks Center for Motion Picture Study, home to the Margaret Herrick Library.”

On a less reverential note, Fairbanks and Pickford separated in 1933, following Pickford’s decision that she would no longer accept her husband’s infidelities. Fairbanks had been having an affair with Lady Sylvia Ashley, whom he married in 1936, shortly after his divorce from Pickford became final. Fairbanks died of a heart attack at the age of 56 in 1939.

F. Richard Jones, an early comedy director, might have had a respectable career in talkies – he directed the popular 1929 thriller Bulldog Drummond, starring Ronald Colman – but he died (possibly of tuberculosis) at age 37 in 1930. 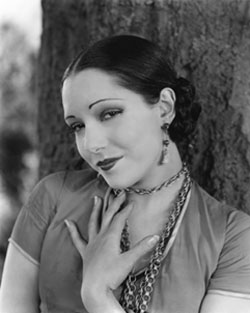 Lupe Velez (right) continued working until the mid-1940s. At age 36, following an unhappy love affair with actor Harald Maresch, whose child she carried, Velez killed herself by way of an overdose of sleeping pills.

Tickets to “Douglas Fairbanks as The Gaucho” are $5 for the general public and $3 for Academy members and students with a valid ID.

The Samuel Goldwyn Theater is located at 8949 Wilshire Boulevard in Beverly Hills. For more information call (310) 247-3600 or visit www.oscars.org/events.