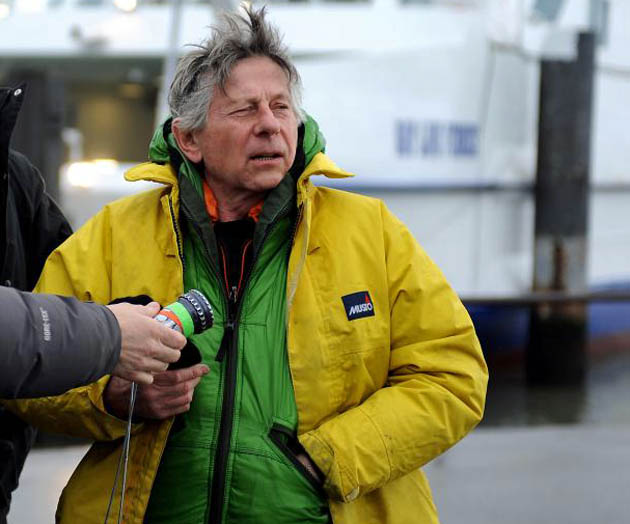 Roman Polanski may be a wanted man in the United States, but as far as the European Film Academy is concerned Polanski is the acclaimed man behind the Best European Film of 2010: the mystery/political thriller The Ghost Writer.

In fact, The Ghost Writer ended up being an also-ran in only one category: Film editor Hervé de Luze lost to Luc Barnier and Marion Monnier for their work on Olivier Assayas’ Carlos, about the life and times of assassin/terrorist Carlos the Jackal (Edgar Ramírez). (Scroll down to check out the full list of the 2010 European Film Awards’ winners and nominees.)

Starring Ewan McGregor and Pierce Brosnan, the Franco-German The Ghost Writer tells the story of a British ghostwriter (McGregor) whose life becomes endangered after he’s hired to pen the memoirs of a former British prime minister accused of war crimes (Brosnan, as a thinly veiled version of Iraq War hawk Tony Blair).

Budgeted at a reported $40 million, The Ghost Writer has taken in nearly $60 million worldwide.

Now, could the European Film Academy be sending the world a political message, or did they select The Ghost Writer because they truly found it the top pick among the six Best European Film nominees?

Also in the running were:

Although it’s impossible to know with absolute certainty whether or not The Ghost Writer and Roman Polanski’s wins amounted to a sociopolitical message, that possibility does make sense. After all, numerous European artists signed the celebrity-filled list to free the filmmaker following his arrest, at the behest of the U.S. government, in Switzerland in September 2009.

Many of those artists saw the Rosemary’s Baby and Chinatown director as the victim of a warped U.S. justice system. Some of them went as far as petitioning the European Film Academy – which had handed Polanski a Lifetime Achievement Award in 2006 – to take a stand in the filmmaker’s favor. 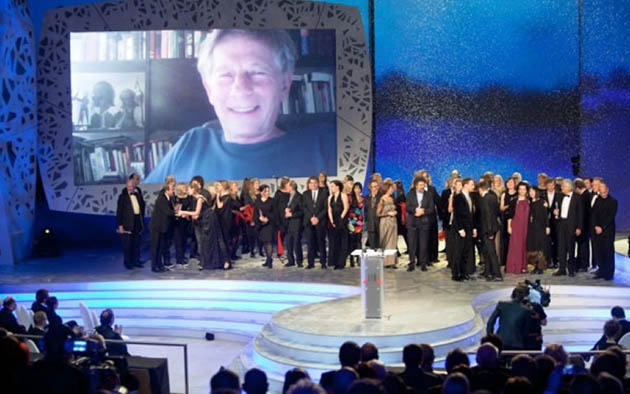 Roman Polanski at the 2010 European Film Awards: Brief acceptance speech via live Internet feed as the veteran director (Knife in the Water, Chinatown, Tess) was unwilling to travel to Estonia for the ceremony that earned his political thriller six trophies, including Best European Film and Best European Director. Polanski had previously won two awards from the European Film Academy: the Outstanding European Achievement in World Cinema for The Ninth Gate in 1999 and the Lifetime Achievement Award in 2006.

Additionally, European Film Academy members who chose to send out a message may have voted for The Ghost Writer not (only?) because of the Roman Polanski affaire but (also?) because of the film’s indictment of “Peace Envoy” Tony Blair – who just happens to be, in the eyes of many, a war criminal for his role in helping to engender the catastrophic Iraq War.

Polanski was not present at the Tallinn ceremony even though he was assured by Estonian authorities that he could come into the country without fear of harassment. Instead, he sent in a thank-you message via a live Internet connection from his home in Switzerland: “This is great. I profoundly thank one more time all my colleagues.”

Besides Ewan McGregor and Pierce Brosnan, The Ghost Writer features the following:

Veteran Eli Wallach (The Misfits, The Good the Bad and the Ugly).

Lourdes with Sylvie Testud. The Best Actress European Film Award winner is a likely Prix César 2011 contender for her performance as a multiple-sclerosis sufferer who travels to the French town of Lourdes where, according to Catholic legend, miraculous cures are supposed to take place.

Roman Polanski’s The Ghost Writer took home the bulk of the 2010 European Film Award statuettes – and occupied just about all of the English-language media’s attention to the awards ceremony. But incredible as it may sound, there were other winners as well.

Directed by Jessica Hausner, Lourdes stars Testud as a multiple-sclerosis sufferer who makes a pilgrimage to the titular French town where some Catholics believe miraculous cures take place. That’s because miller’s daughter Bernadette Soubirous, later canonized as St. Bernadette, claimed to have seen the Virgin Mary in the area.

A veteran of nearly 60 motion pictures – including a supporting role in Olivier Dahan’s international hit La Vie en Rose – Testud has previously won two of the French Academy’s Prix César: Best Actress for Fear and Trembling (2003) and Most Promising Actress for Murderous Maids (2000). Her third César may be on the way next year.

As an aside, Jennifer Jones won the 1943 Best Actress Academy Award for her portrayal of the young Bernadette, while a pregnant Linda Darnell was cast as the Virgin Mary in Henry King’s blockbuster The Song of Bernadette.

Other 2010 European Film Award winners include:

(An unknown percentage of the) more than 2,300 European Film Academy members voted for the winners. 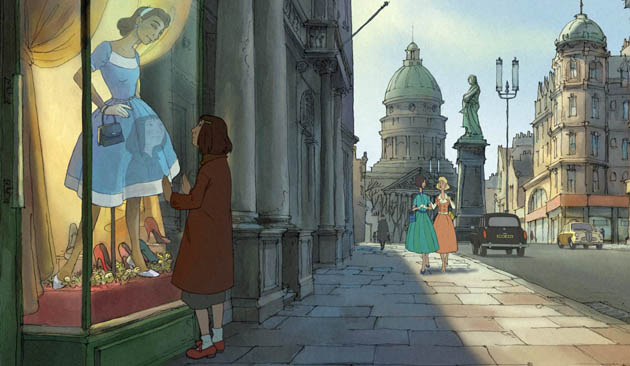 The Illusionist: Sylvain Chomet pays tribute to filmmaker Jacques Tati (Monsieur Hulot’s Holiday, Mon Oncle) through this filmization of a Tati screenplay written decades ago. The lyrical – and more than a tad depressing – The Illusionist was the European Film Awards’ Best Animated Feature winner.