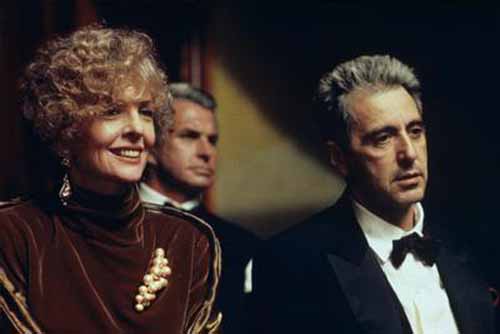 Francis Ford Coppola’s 1990 best picture nominee The Godfather, Part III will be the next feature presentation in the Academy of Motion Picture Arts and Sciences’ “Great To Be Nominated” series. The overwrought but enjoyable crime melodrama will be screened on Monday, Aug. 6, at 7:30 p.m. at the Academy’s Samuel Goldwyn Theater in Beverly Hills.

Coppola’s final film in his “Godfather” trilogy wasn’t as well received, whether by critics or the public, as its two Academy Award-winning predecessors. Still, The Godfather, Part III couldn’t be considered an out-and-out flop.

Personally, I find it on a par with both The Godfather and The Godfather: Part II. All three are very good – not great – melodramas with pretensions of Greek tragedy, boasting lots of good acting, solid storytelling (the Part III screenplay was credited to Coppola and Mario Puzo), and generally excellent production values. In truth, of the three films about the pesky Corleone family, I probably like Part III a notch above the others. 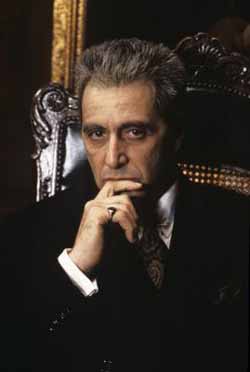 The chief reason is Al Pacino’s performance. Rarely has Pacino (right) – or any other actor – given such a nuanced, gripping, complex performance on screen. He was so good, in fact, that he didn’t even get an Academy Award nomination for best actor. (Instead, Academyites opted to nominate the likes of Kevin Costner for Dances with Wolves and Gérard Depardieu for Cyrano de Bergerac. Pacino, at least, did land a best supporting actor nod for Dick Tracy.)

And if Sofia Coppola is utterly miscast in a role originally intended for Winona Ryder – who’d have been utterly miscast as well – other cast members, among them, Diane Keaton, Andy Garcia, Eli Wallach, and Talia Shire, do just fine. Also in the cast, George Hamilton, Bridget Fonda, Raf Vallone, Franco Citti, Helmut Berger, John Savage, and several shady members of the Catholic church. The Catholic connection, by the way, caused an uproar at the time of the film’s release, as it implied that the mafia was involved in the assassination of a pope quite similar to John Paul I.

Nick Park’s Academy Award-nominated animated short A Grand Day Out with Wallace and Gromit, will be screened prior to the feature. In the film, Wallace and Gromit run out of cheese. Where to find loads of cheese? The Moon, of course. It certainly beats waiting in line at the market.

Tickets are $5 for the general public and $3 for Academy members and students with a valid ID. Tickets may be purchased by mail, in person at the Academy during regular business hours or, depending on availability, on the night of the screening when the doors open at 6:30 p.m.

Aug. 10 update: Directed and produced by Francis Ford Coppola, the 1990 crime saga The Godfather: Part III was presented on Aug. 6, at the Academy of Motion Picture Arts and Sciences’ Samuel Goldwyn Theater in Beverly Hills. The screening was part of the Academy’s ongoing “Great to Be Nominated” series.

Francis Ford Coppola with ‘The Godfather: Part III’ cast members Al Ruscio (‘Leo Cuneo’) and Franc D’Ambrosio (‘Anthony Vito Corleone’ – and later the phantom in ‘The Phantom of the Opera’)

The Academy of Motion Picture Arts and Sciences’ next “Great to Be Nominated” presentation will be Barry Levinson’s Bugsy, the 1991 crime drama starring Warren Beatty as Bugsy Siegel, plus Annette Bening, Harvey Keitel, and Ben Kingsley. 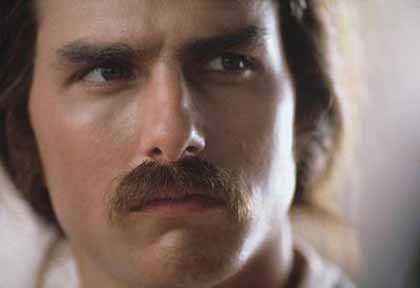 Tom Cruise in Born on the Fourth of July.

Oliver Stone’s 1989 best picture nominee Born on the Fourth of July will be screened as the next feature in the Academy of Motion Picture Arts and Sciences’ “Great To Be Nominated” series on Monday, July 30, at 7:30 p.m. at the Academy’s Samuel Goldwyn Theater in Beverly Hills.

Born on the Fourth of July is one of those films whose importance stems from their messages, as opposed to how those messages are conveyed. This family & politics drama tells the story of Ron Kovic, a paraplegic Vietnam veteran who becomes an anti-war activist. Stone and Kovic adapted Kovic’s autobiography for the screen, and the result was – as to be expected, considering that this is an Oliver Stone production – a mixed bag.

Stone is not one to convey ideas with subtlety. If he can’t find himself a hammer, he’ll get an electric chainsaw to ensure that his Message – however muddled – will get into the brains of his audience. Platoon, Wall Street, and Alexander were torpedoed by that approach; JFK miraculously survived it. Born on the Fourth of July sometimes sinks, sometimes stays afloat.

In truth, Born on the Fourth of July is superior to most of Stone’s output, even though it does suffer from the director’s usual lachrymose Dramatic Moments and heavy-handed speechifying. Compounding matters, although Tom Cruise tries – and tries hard – he’s not up to the demands of the role. The film’s technical credits, however, are just fine.

James Hendrie’s Oscar-winning live action short Work Experience, about an inexperienced man looking for a job that requires experience, and Mark Baker’s Academy Award-nominated animated short The Hill Farm, about a country couple whose placid lives are turned upside down on a fateful day, will be screened prior to the feature.

Individual tickets for the remaining screenings in part four of “Great To Be Nominated” are $5 for the general public and $3 for Academy members and students with a valid ID. Tickets may be purchased by mail, in person at the Academy during regular business hours or, depending on availability, on the night of the screening when the doors open at 6:30 p.m.

The Hobbit Behind the Scenes with Peter Jackson + Taylor Kitsch in...