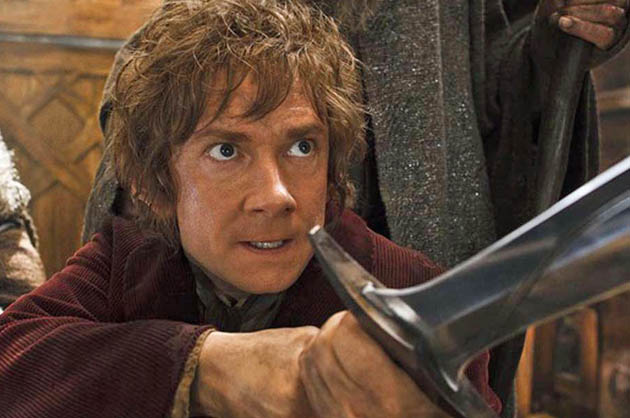 Dec. 27 update: Two weekends ago, Peter Jackson’s The Hobbit: The Desolation of Smaug (a.k.a. The Hobbit 2) opened way below expectations in the United States and Canada. Yet The Hobbit 2 is hanging in there.

And chiefly because there’s no strong competition out there, The Hobbit 2 is expected to top the North American box office once again this weekend, Dec. 27–29.

Budgeted at anywhere between $150–$190 million (depending on the source; see further below) – and that’s not including another $100 million or so in marketing and distribution costs – The Hobbit 2 has to date collected $160.46 million in the U.S. and Canada according to figures found at Boxofficemojo.com.

The good news for distributor Warner Bros., and producing companies Metro-Goldwyn-Mayer, New Line Cinema, and WingNut Films is that the sequel to The Hobbit: An Unexpected Journey is, as expected, performing remarkably well internationally. According to studio estimates, yesterday, Dec. 26, the film surpassed the $500 million milestone worldwide.

On the domestic front, The Hobbit: The Desolation of Smaug will get close to the $200 million milestone by Sunday evening, after collecting around $30 million this weekend.

It’s all but inevitable that The Hobbit 2 will top the North American box office chart for the third consecutive weekend as its two major competitors – Anchorman 2 and The Wolf of Wall Street – are both expected to gross somewhere around $20 million. Thus, The Hobbit 2 is about to become only the second 2013 release to achieve that feat, following the Sandra Bullock and George Clooney space drama Gravity.

Note Pt. 2: Lee Daniels’ The Butler, starring Forest Whitaker and Oprah Winfrey, topped only two three-day weekends in a row. However, if one includes the four-day Labor Day weekend, The Butler would join Gravity and The Hobbit 2 as 2013’s three-consecutive-weekend toppers. (On Labor Day weekend, the three-day winner was One Direction: This is Us.)

Final tally: ‘The Hobbit 2’ behind predecessor

Spring 2014 update: The Hobbit: The Desolation of Smaug a.k.a. The Hobbit 2 ended up with $258.66 million at the U.S. and Canada box office – thus far behind its predecessor, The Hobbit: An Unexpected Journey, which took in $303 million.

In case international figures are complete, the sequel – somewhat surprisingly – also trailed the original Hobbit outside North America: an estimated $700 million vs. $718.1 million.

And that’s how The Hobbit 2 failed to crack the $1 billion mark worldwide, cuming at $958.3 million.

The Hobbit 2 with angry orc about to create some mischief. Orc battles or no, The Hobbit: The Desolation of Smaug ended up trailing its eagerly anticipated predecessor at the global box office. If that weren’t all, the Hobbit franchise is clearly behind Peter Jackson’s The Lord of the Rings movies – which were not only more commercially successful (in the domestic market) but also more prestigious than its prequel trilogy. Indeed, all three Lord of the Rings movies were shortlisted for the Best Picture Academy Award; The Hobbit 1 was bypassed and there’s no chance The Hobbit 2 will be nominated.

Shot concurrently, Peter Jackson’s three The Hobbit movies – The Hobbit: An Unexpected Journey, The Hobbit: The Desolation of Smaug, and The Hobbit: The Battle of the Five Armies – cost a reported $676 million New Zealand dollars, or US$567 million according to October 2013 exchange rates.

In case the report is on target, each movie cost around $187 million, not including marketing and distribution expenses that could easily top $100 million per film.

Two-time Oscar nominee Ian McKellen (as Best Actor for Gods and Monsters. 1998; as Best Supporting Actor for The Lord of the Rings: The Fellowship of the Ring).

King Kong and Dawn of the Planet of the Apes CGI’ed actor Andy Serkis as Gollum.

Dec. 21 update: Some pundits had been expecting Will Ferrell’s sequel to his “classic” (between quotes) 2004 comedy Anchorman: The Legend of Ron Burgundy to reach a $50–$60 million cume at the North American box office by Sunday evening, Dec. 22, its fifth day out.

However, the way things are going, chances are Anchorman 2, currently at 3,507 theaters, will collect a considerably less legendary amount after taking in a solid – though hardly outstanding – $8.7 million on Friday, Dec. 20.

Reportedly budgeted at $50 million, or about 60 percent costlier than the 2004 original once adjusted for inflation (actual cost: $26 million; adjusted: approximately $32 million) the Paramount-distributed Anchorman 2 is now expected to earn around $27–$28 million before the next-to-last weekend of 2013 is over, thus trailing Peter Jackson’s The Hobbit: The Desolation of Smaug, which is expected to score about $31 million.

If these estimates are on target, the Anchorman sequel’s five-day total will hover around $40–41 million.

For comparison’s sake: Anchorman: The Legend of Ron Burgundy, which opened on a Friday in early July 2004, brought in $28.41 million from 3,091 venues on its first weekend out, in addition to an extra $8.04 million in the ensuing two days, for a five-day total of $32.7 million.

So, that means Anchorman 2: The Legend Continues is way ahead of its predecessor, right?

Adjusted for inflation, as box office figures should always be, Anchorman: The Legend of Ron Burgundy scored approximately $47 million in its first five days out. In other words, Anchorman 2: The Legend Continues – at least for the time being – is turning out to be a domestic box office comedown when compared to the first film.

International hit-in-the-making? Not so fast

The good news for Paramount is that Anchorman 2 has reportedly grossed more on one day at the international box office than the original did throughout its entire run. (The weekend total, from six markets, was $13.4 million.)

The not so good news: in case these reports are relying on Box Office Mojo’s (incomplete) data, Anchorman: The Legend of Ron Burgundy‘s international cume was an absurdly low $5.28 million, more than 80 percent of which from two countries, the United Kingdom and Australia. In other words: to surpass such a dismal figure is a very small feat indeed. 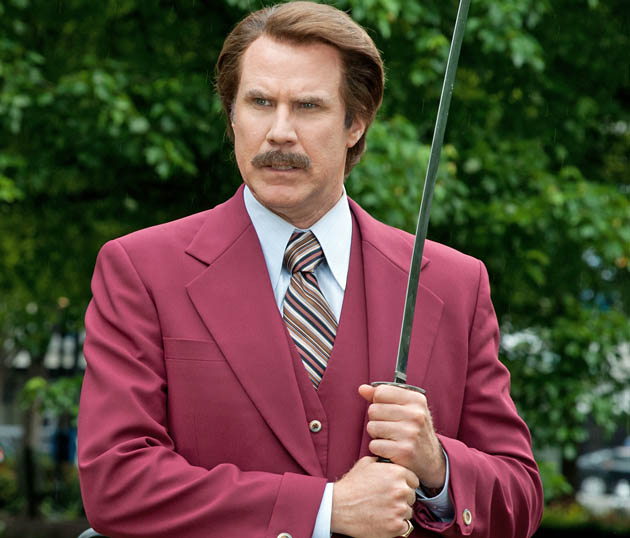 Little Fockers ultimately cumed at $148.43 million in the U.S. and Canada, in addition to $162.21 million internationally, as per figures found at Box Office Mojo.

In North America, Anchorman: The Legend of Ron Burgundy cumed at $85.28 million, or about $111 million in 2013 dollars. So, in case Anchorman 2: The Legend Continues follows the Little Fockers box office trail, there’s hope that it’ll eventually outgross its predecessor.

And that means Paramount’s and Will Ferrell’s over-the-top marketing blitz will have been worth it. (And let’s not forget all those ancillary revenues.)

Anchorman 2: The Legend Continues has a 71 percent approval rating and – a less impressive – 6.2/10 average among Rotten Tomatoes‘ top critics.

Will Ferrell’s biggest hit in years

Spring 2014 update: Despite a none too impressive start, Anchorman 2: The Legend Continues went on to gross $127.35 million at the domestic box office, easily outpacing Anchorman‘s cume ($85.28 million), even when adjusted for inflation (approx. $111 million).

Adjusting for inflation, Anchorman 2 is Ferrell’s biggest domestic live-action hit since Blades of Glory, which pulled in $118.59 million in 2007, or about $140 million in 2013.

Internationally, Anchorman 2 scored $46.29 million (possibly an incomplete tally), largely thanks to the same two English-language markets that, however modestly, had also gone for the original: the U.K. ($23.47 million vs. $2.97 million for Anchorman) and Australia ($15.8 million vs. $1.66 million).

For Anchorman 2: The Legend Continues, Adam McKay was back as director, while McKay and Will Ferrell were back as the film’s credited screenwriters.

Additionally, in either supporting roles or cameos, Anchorman 2 features the following:

Best Supporting Actor Oscar nominee Greg Kinnear (As Good as It Gets, 1997).

Images of an angry orc & Martin Freeman as Bilbo Baggins in The Hobbit: The Desolation of Smaug a.k.a. The Hobbit 2: Warner Bros.

The Lone Ranger 2013 One of Johnny Depp Biggest Bombs

It opened in less foreign markets and managed to outgross the first hobbit movie! It’ll be huge internationally. America has never caught on to lotr and hobbit as much as Asia and Europe did. This movie will make up for modest NA gross with the higher international ones =)

Well, people don’t like getting milked. The first Hobbit movie was rather dull. So why watch the 2nd one in the first place when you already know that it has the same flat story, just more of it and that it has no ending at all and you’ll have to wait another long year to see the rest of it.