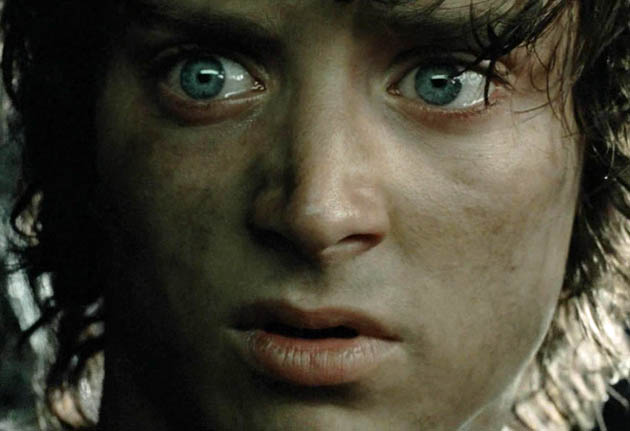 ‘The Hobbit’: Behind the scenes with Peter Jackson

In one of The Hobbit movies’ video blog/vlog, Peter Jackson explains that location shooting on The Hobbit: An Unexpected Journey and its sequel The Hobbit: There and Back Again has been just about completed.

When Jackson is asked why it took him and his crew 127 days to shoot two The Hobbit movies, while the three The Lord of the Rings movies were shot in 133 days, Jackson came up with some sound reasoning: “We’re all ten years older, so we’re going a little slower.”

Below is Jackson’s first The Hobbit behind the scenes video blog of 2012.

Since then, Jackson’s box office performance has been considerably less successful:

Two-time Academy Award nominee Ian McKellen (Best Actor for Gods and Monsters, 1998; Best Supporting Actor for The Lord of the Rings: The Fellowship of the Ring, 2001).

The first of the two The Hobbit movies, The Hobbit: An Unexpected Journey opens in the U.S. and Canada on Dec. 14.

Oscar 2013 Alert: No, not in the writing or acting categories (despite the funky accents), but Andrew Stanton’s first live-action feature film, John Carter, will likely be a strong Academy Award contender in the “technical” categories, e.g., Best Visual Effects, Best Sound Editing, or even Best Art Direction, Best Make-Up, and Best Costume Design. But then again, the Ryan Reynolds flop Green Lantern wasn’t nominated for anything. Anyhow, check out the 10-minute clip from the film (see below).

Chiefly based on Edgar Rice Burroughs’ A Princess of Mars, John Carter stars Taylor Kitsch as a former Confederate captain who is (somehow) transported to Mars, a.k.a. Barsoom. Tired of war on Earth, Carter soon discovers that the Martians – among them Willem Dafoe and Lynn Collins – are just as bloodthirsty and gung-ho as his fellow Earthlings. Similarly to what goes on in our own planet in the 21st century, Mars’ environment is going to rot while its inhabitants play tribal wargames. It’s up to John Carter to rectify that situation. Will he succeed?

John Carter, which cost Walt Disney Studios a reported $250 million, opens March 9. Disney is surely praying they’ll have an Avatar in their hands – instead of another Mars Needs Moms. Now, notice the music when the guard gets his head banged against the metal bars of John Carter’s “cage.” Here’s wondering if that’ll set the tone for the film’s action scenes.

Tom Cruise as Beyoncé ‘A Star in Born’ Rocker?

Tom Cruise to play opposite Beyoncé Knowles in Clint Eastwood’s remake of A Star Is Born? That’s a possibility, according to Deadline.com, which says Eastwood is in talks with Cruise. Or vice-versa.

Cruise, who turns 50 next July 3 (Oliver Stone’s movie was off by a day), plays a rock-and-roll star named Stacee Jaxx in Adam Shankman’s Rock of Ages. Playing another rock-and-roller shouldn’t be too much of a stretch. As per Deadline, the formerly pregnant Beyoncé is ready to shoot “as soon as June.”

Last seen handing the Best Picture Oscar to The Artist‘s Thomas Langmann a couple of weeks ago, Cruise recently finished working on Christopher McQuarrie’s One Shot (addendum: retitled Jack Reacher) and is currently starring in Joseph Kosinski’s sci-fier Oblivion (based on Orvid Nelson’s comic book, which sounds a lot like Joseph Conrad’s Heart of Darkness). Cruise’s next project is another sci-fier, Doug Liman’s We Mortals Are – this one at Warner Bros., which happens to be the studio to distribute Eastwood’s A Star Is Born when/if it gets made. (And Rock of Ages, too.)

Previous possibilities for the possible Tom Cruise role in Eastwood’s A Star Is Born were Will Smith, Christian Bale, Eminem, and Russell Crowe. Those who have played that role in the various versions and sub-versions of A Star Is Born are Kris Kristofferson (also as a rocker), Fredric March (as an actor), James Mason (also as an actor), Robert Redford (in Up Close and Personal, as a journalist), Max Beesley (in Glitter, as a DJ/music producer), and Lowell Sherman (in What Price Hollywood?, as a movie director).

Prior to Beyoncé, the born stars were Barbra Streisand (who won an Oscar for composing with Paul Williams the song “Evergreen”), Janet Gaynor, Judy Garland, Constance Bennett, Mariah Carey, and Michelle Pfeiffer.

Julianne Moore may not get an Oscar nomination early next year, but she seems to have an Emmy nod – probably the award itself – guaranteed thanks to her performance as U.S. vice presidential candidate Sarah Palin in the HBO movie Game Change. As the v.p. selected to run alongside Republican presidential candidate John McCain, Palin was a source of outrage, disgust, mirth, horror, and/or worship, depending on one’s point of view: far-right Christian or secular liberal, Tina Fey / Saturday Night Live fan or non-fan.

This year, Game Change not only earned Moore great reviews, but according to The Hollywood Reporter it has also become HBO’s most successful movie – 2.1 million viewers – since Joseph Sargent’s Something the Lord Made (2.6 million in May 2004).

That’s quite a contrast from the Sarah Palin documentaries that, whether pro or con, bombed miserably at the North American box office last year. The pro-Palin The Undefeated, for instance, was only remembered during awards season by the Razzie Award voters: Palin herself is up for Worst Actress of the Year, alongside Big Mommas: Like Father Like Son‘s Martin Lawrence, I Don’t Know How She Does It / New Year’s Eve‘s Sarah Jessica Parker, The Twilight Saga: Breaking Dawn – Part 1‘s Kristen Stewart, and Jack and Jill‘s Adam Sandler.

It’s unclear whether Palin is honored or embarrassed by her Razzie nomination, but the former v.p. hopeful has made a point of voicing her disapproval of the HBO movie, claiming that Game Change is “based on a false narrative.”

Jay Roach, best known for his political TV movie Recount and for the lowbrow comedies Austin Powers: The Spy Who Shagged Me, Meet the Parents, and Meet the Fockers, directed from a screenplay by Danny Strong.

The play Barrymore, which in 1997 earned Christopher Plummer a Tony Award for his portrayal of legendary stage and screen star John Barrymore, will be shown at movie houses in Canada in May. Screenings in the United States and elsewhere will follow in October.

Could that possibly mean a third Oscar nomination for Plummer, this year’s Best Supporting Actor winner for Mike Mills’ Beginners? Unless Academy rules have changed in that regard – and Barrymore gets shown for a week in the Los Angeles area – that’s certainly a possibility.

Filmed plays – Barrymore was filmed with multiple high-definition cameras last year – have earned Academy recognition in the past. For instance, a 1965 filmed version of Britain’s National Theatre presentation of Othello earned acting nods for Laurence Olivier, Frank Finlay, Maggie Smith, and Joyce Redman. In 1975, James Whitmore was shortlisted in the Best Actor category for the Theatrovision production of his one-man show Give ’em Hell, Harry!.

Written by William Luce, Barrymore offers a portrayal of John Barrymore while rehearsing Richard III several months before his death. In addition to the actor known (back in his heyday) as The Great Profile, the play features only one more character, the stage manager, who communicates with the actor through a loudspeaker.

John Barrymore, among whose film credits are the first sound feature (no dialogue) Don Juan and the Best Picture Oscar winner Grand Hotel, died in 1942. Drew Barrymore is his granddaughter. Oscar winners Ethel Barrymore (None But the Lonely Heart) and Lionel Barrymore (A Free Soul) were his siblings. Dolores Costello (Drew Barrymore’s grandmother) was one of his four wives and the mother of John Drew Barrymore and Diana Barrymore.

Barrymore has been played on screen before. Errol Flynn, for one, impersonated him in the 1958 film version of Diana Barrymore’s autobiography Too Much, Too Soon. (Dorothy Malone played Diana.) And Jack Cassidy has a supporting role as Barrymore in W.C. Fields and Me, starring Rod Steiger as Fields.

And finally, regarding the 1965 nomination for the Othello crowd, the New York Times wrote the following:

The amazing thing is that the Academy has completely overlooked the fact that they are acting in a film which simply cannot be classified and analyzed as an achievement in genuine cinema. It is almost as though nominations for best acting were given to people in documentary films.

In other blockbuster-to-be news, Christopher Nolan, whose The Dark Knight Rises opens this summer, left talent agency CAA after his agent, Dan Aloni, was fired. According to TheWrap, following Aloni’s dismissal yesterday (Feb. 29, ’12), he was escorted out of the CAA building.

TheWrap adds that a(n unnamed) former colleague “said that Aloni had a ‘bullying’ style that won him enemies among fellow agents, even if it was effective for his clients.”

The Dark Knight Rises opens in North America on July 20. 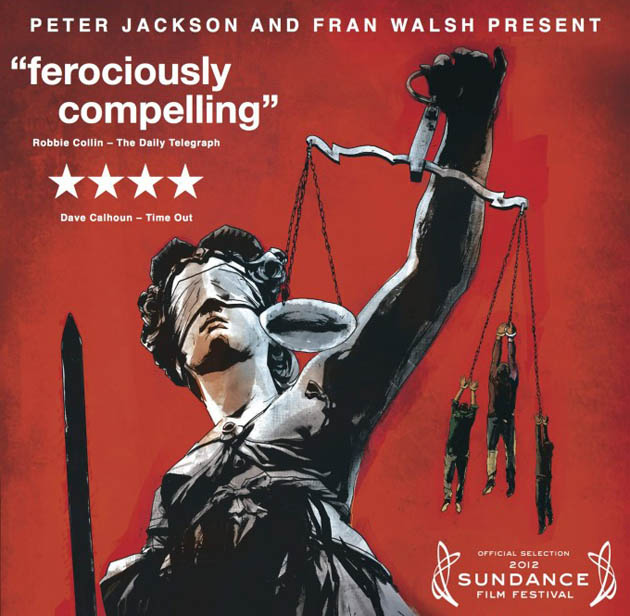 West of Memphis documentary: The Hobbit movies’ Peter Jackson one of the producers.

And now we (more or less) return to The Hobbit movies’ filmmaker Peter Jackson: EW.com reports that Amy Berg’s documentary West of Memphis, which premiered at this year’s Sundance Film Festival, has been acquired by Sony Pictures Classics.

The film depicts the efforts to exonerate the West Memphis Three – Damien Echols, Jason Baldwin, and Jessie Misskelley Jr. – who were convicted of the murder of three boys in Arkansas. All three were recently released from prison after having served nearly two decades behind bars.

Now, what does that have to do with Peter Jackson?

In addition to good reviews and the continuing controversy surrounding the case – some insist the men are guilty; others call their conviction a gross miscarriage of justice and an indictment against the American justice system – West of Memphis had a couple of other good selling points:

In Variety, John Anderson begins his West of Memphis review with the following:

Whether the state of Arkansas can ignore West of Memphis seems to be the only remaining question surrounding this first-rate investigative docu on the notorious West Memphis Three case, its questionable prosecution and its dubious resolution. Following on the heels of the celebrated Paradise Lost trilogy, Amy Berg’s clear, captivating, indignant film carves out its own significant place in criminal-justice cinema, makes new and startling revelations into the triple-murder mystery, and is visually spectacular to boot.

Image of Elijah Wood as the hobbit Frodo in The Lord of the Rings: The Return of the King: New Line Cinema.

The Hobbit movies’ behind the scenes video: Warner Bros.

I am soo saddened for this loss to humanity and art. But beauty calls her own back to her busom . He will be missed.-C.

My fault. Apologies & thank you for the correction.
Editor & me still with THE LORAX in our heads.

Taylor Swift? you mean Taylor Kitsch. the actor, not a country music Singer.